By The Andrew Allen

About two weeks ago I, on a whim, decided to take another look at the television series LOST. Now LOST has long been one of my favorite series, my favorite, most likely. But I have only ever seen it all the way through one time about four years ago. Recently, however, I felt the urge to dive back into it again and give it a second look all the way through, and, since this is a rather sizeable undertaking, I figured I’d put pen to paper and review the show season by season as I made my way through. Hopefully y’all will get a kick out of it.

First up, of course; Season One. 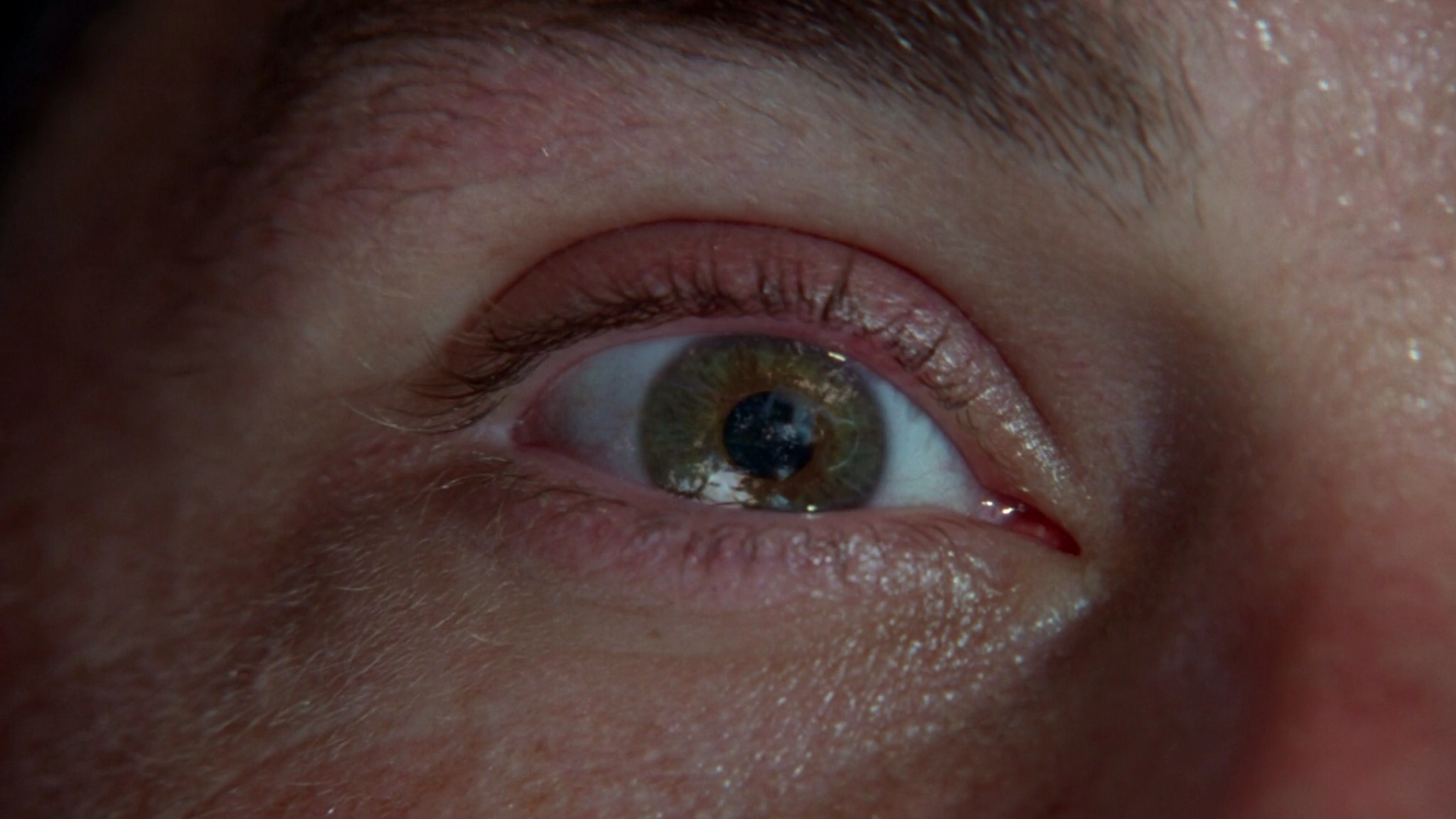 Now, when it comes to the first season of LOST it’s basically impossible to not talk about the pilot episode. LOST’s pilot is incredible. And in the years since it has not yet been matched. It is televised cinema. It is the highest peak of what any television writer could hope to achieve in their very first episode. Mysterious, thrilling, intense, dynamic, beautiful. You would be hard pressed to find anybody who could watch this pilot and not be compelled to watch at least a few more episodes. Director J.J. Abrams proves with this pilot that television directing need not be an exercise in style-less uniformity. Years before Breaking Bad, Abrams was bringing his full arsenal of distinct directorial talent to LOST, forever breaking the boundaries of what was artistically possible on television. 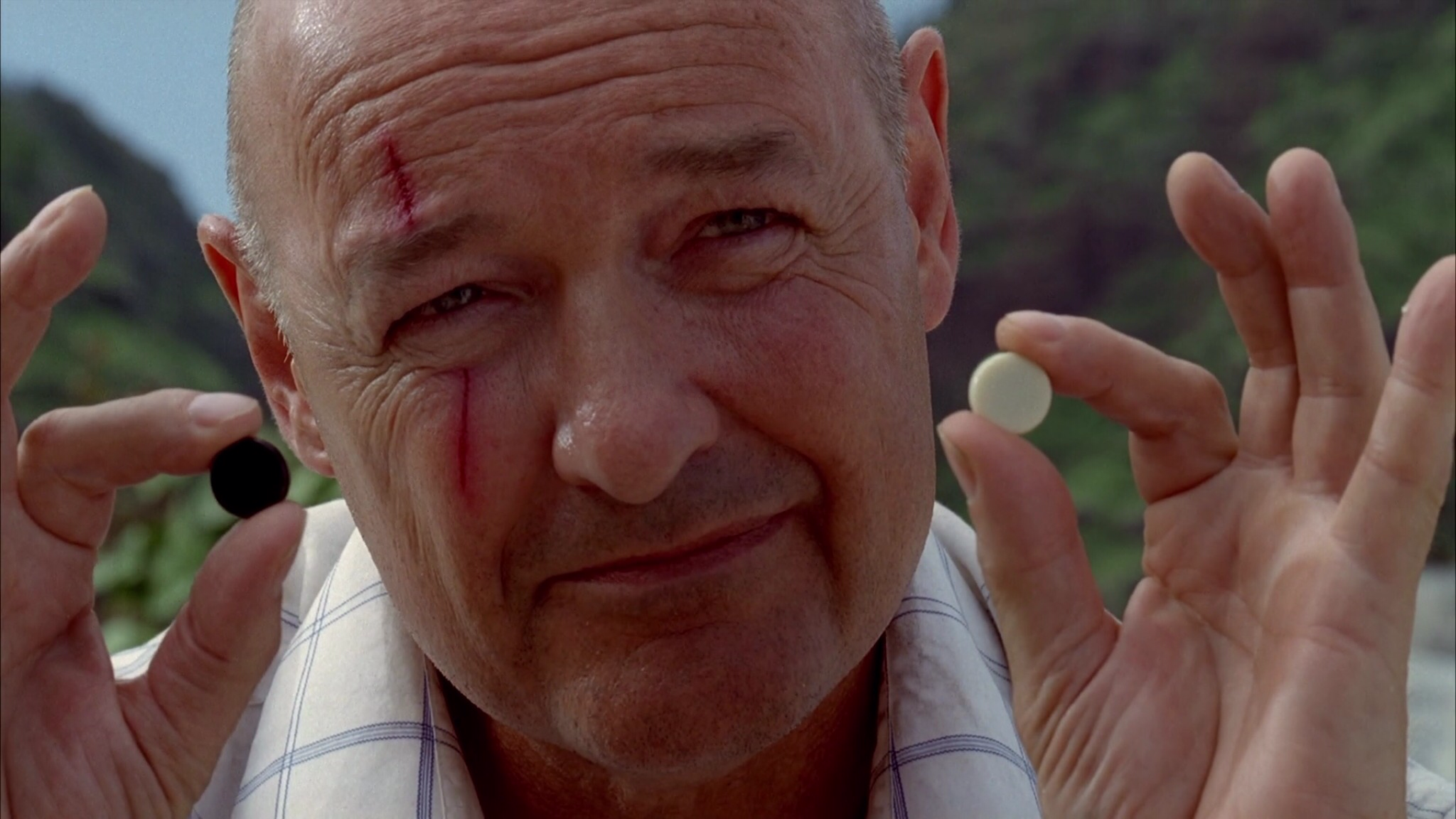 Though no episode of the first season manages to outdo the pilot, the season as a whole proves the series’ long-term potential and the writer’s skill at character work. An interesting pattern I discovered with the show is that the excellence of a given episode tended to match the excellence of it’s focal character. If the character was unlikeable or poorly written it would deeply affect the overall quality of the episode. Unfortunately, this pattern in turn revealed some other unfortunate patterns: the season’s best episodes are almost uniformly male-centric, and the worst episodes tend to come from the female characters. Though the women of LOST eventually became more interesting and dynamic, the first season’s disposition toward them is mildly, but regularly, problematic. The leading ladies, Kate, Claire, Shannon and Sun are consistently frustrating and irrational, Sun being the only real exception. Kate is incredibly self-centered and dishonest. Claire is constantly nagging, screeching and complaining. The vapid and antagonistic Shannon is, very possibly, the most one-dimensional lead in the entire series. Of the four only Sun is a particularly likable or compelling character, the trade-off being that her storylines tend to be the least consequential of all. Now, none of these characters are innately bad on their own. Nobody said that a well-written female character needed to be likable or perfect. But it’s a frustrating trait of early-era LOST that the women are generally the least empathetic and multi-faceted, such traits are left for the more central male roles. Gender issues aside, the ensemble is remains LOST’s greatest selling point. Though the mysteries are fascinating and the plotlines are thrilling, this show lives or dies on the strength of it’s characters. And these characters keep it very much alive. 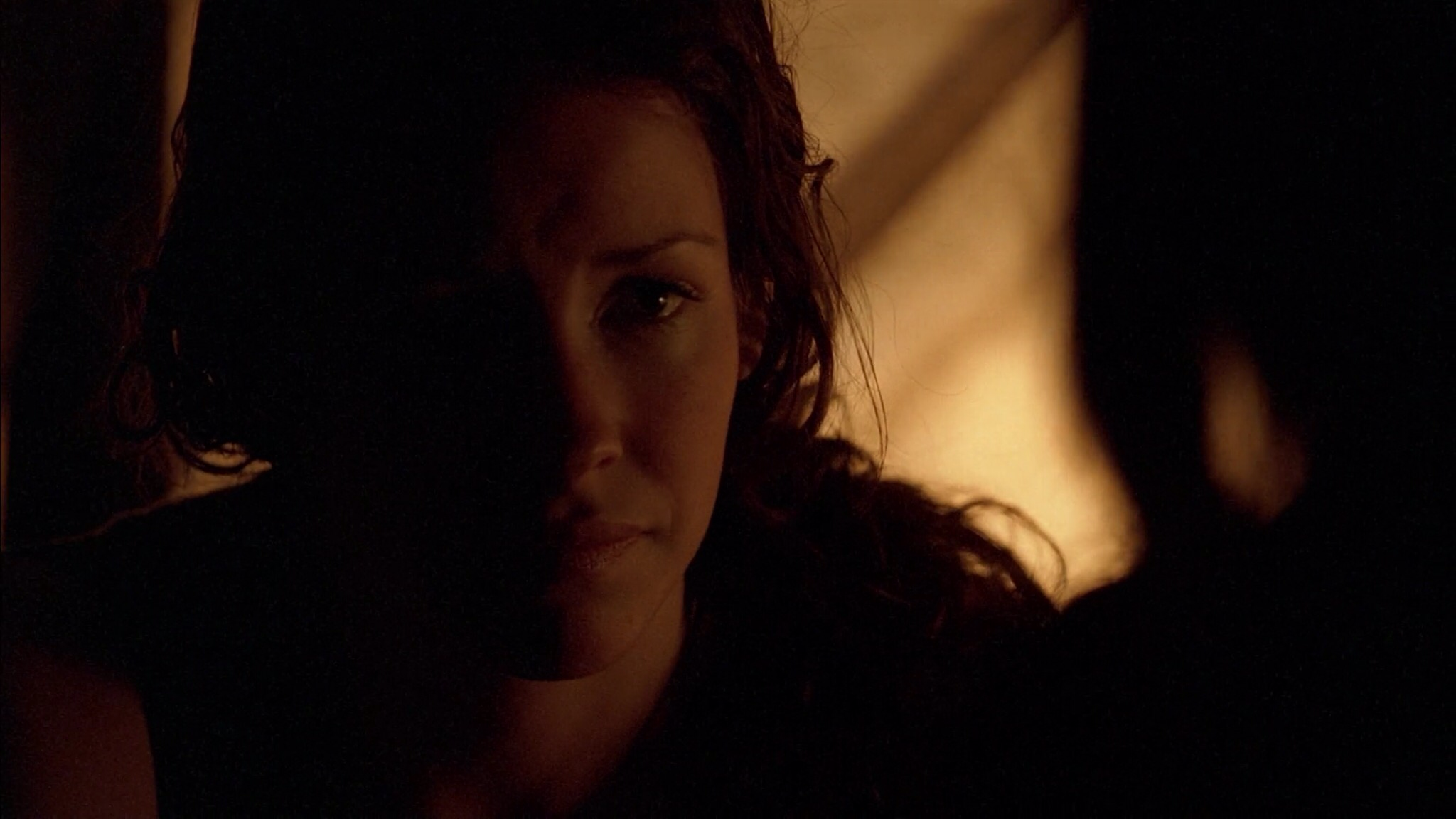 What LOST proves excellent at is not just character writing, however, but weaving those characters into the plotting in meaningful, compelling ways. When an episode flashes back and forth between post and pre-crash timelines, the stories it’s telling aren’t connected just by central character but by theme. Now this is handled in an on-the-nose manner on occasion, but for the most part the thematic through line in each episode is surprisingly deft. Rarely do the parallels feel forced or overbearing, rather they play as two separate stories, compelling in their own right, that form a comfortable symbiosis with one another. The flashback setup also affords the writers the freedom to reinvent characters on an as-needed basis. Slowly revealing bits and pieces of backstory which, at times, completely upends our presumptions about who or what this character is. This only occasionally backfires with the less interesting characters, such as Kate, whose flashbacks provide little-to-no interesting information, settling to repeat the same beats over and over again. It’s a problem that only strikes rarely with the show, but when it does it often begs the question why a particular character seems to demand repeated turns in the spotlight. With Kate it can only be presumed that her character’s obligatory “leading lady”-status, stemming from her attractiveness and romantic relationship with the leading man, is what granted her not just one or two, but three whole episodes to herself. A by-product of the compelling overarching narrative (a diverse group of people surviving together in the wilderness) clashing with traditional television tropes (obligatory attractive white man/woman romantic pairing taking center stage) in unfortunate ways. 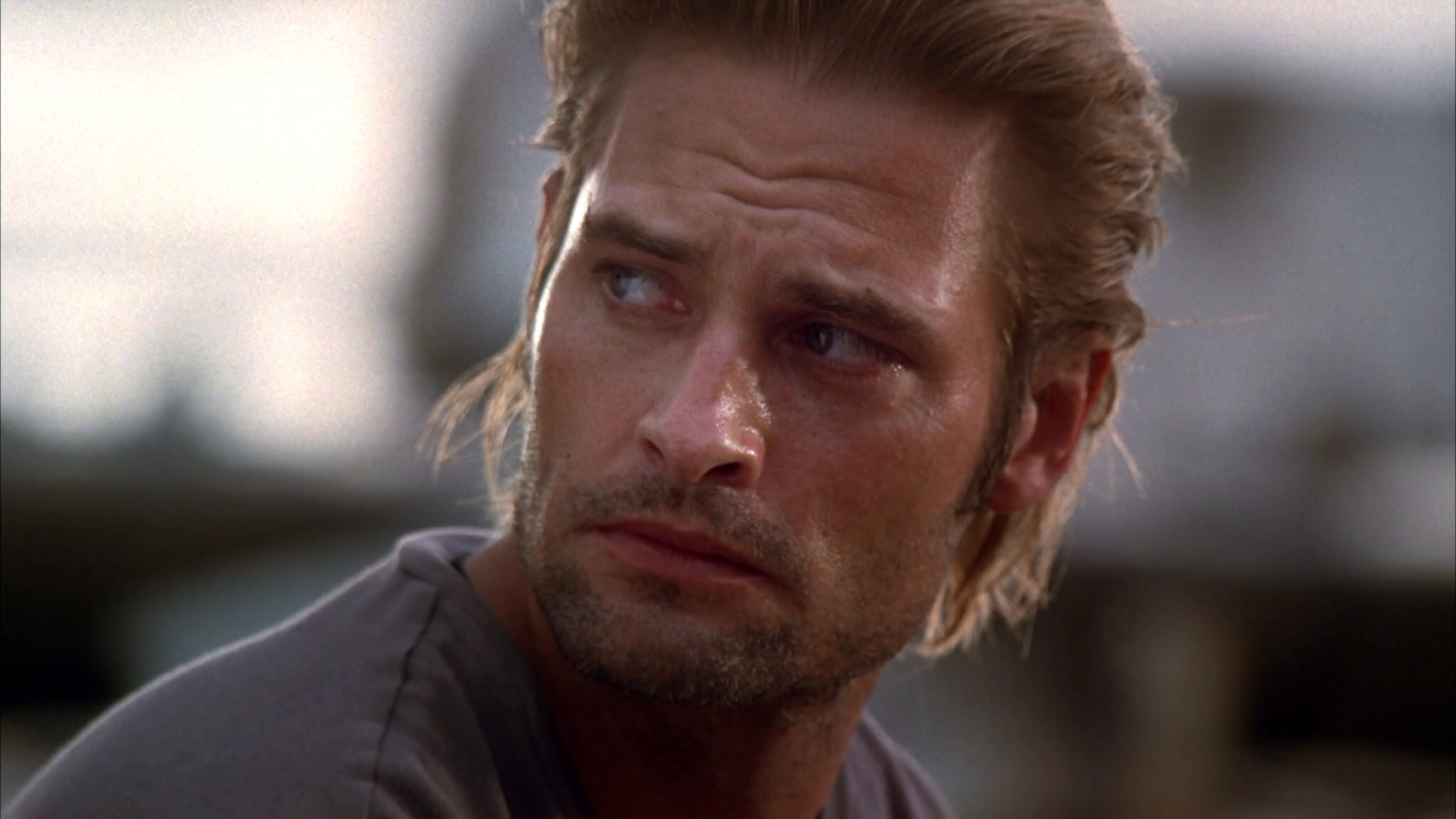 Coming at the series for a second time, it’s much easier to see the seeds of the show that LOST ultimately became beginning to sprout. While most of the season is populated with fairly low-stakes storylines, mostly in-fighting amongst the survivors, the episodes that really manage to shine in the bunch are the mythology-centric ones. As the show grew across it’s first twenty-five episode batch, it became increasingly apparent that it’s future lay in it’s mythology, Island-centric revelations proving the most fascinating and compelling moments in the season. In particular, episodes such as Solitary (which is peppered with major hints at future storylines), Numbers and Deus Ex Machina reinvigorate the show with massive mythology expansions just as the rest of the narrative begins to drag. Contrary to general consensus, there are actually very few mysteries established in the show’s first season that ultimately go without a specific answer, all of them centering around the character of Walt. Recent interviews with writing staff from the show provide the fairly simple explanation (all things considered) that Walt is just a very powerful psychic, and answer which, when watching episodes centered on him, makes pretty straight-forward sense. That this arc ultimately doesn’t go much of anywhere is probably the biggest of the whole narrative’s grey-areas, but I wouldn’t go so far as to designate it a “plot-hole”. Rather one of the few story arcs without concise resolution amidst a plethora of story arcs that are wrapped up neatly with a bow on top. 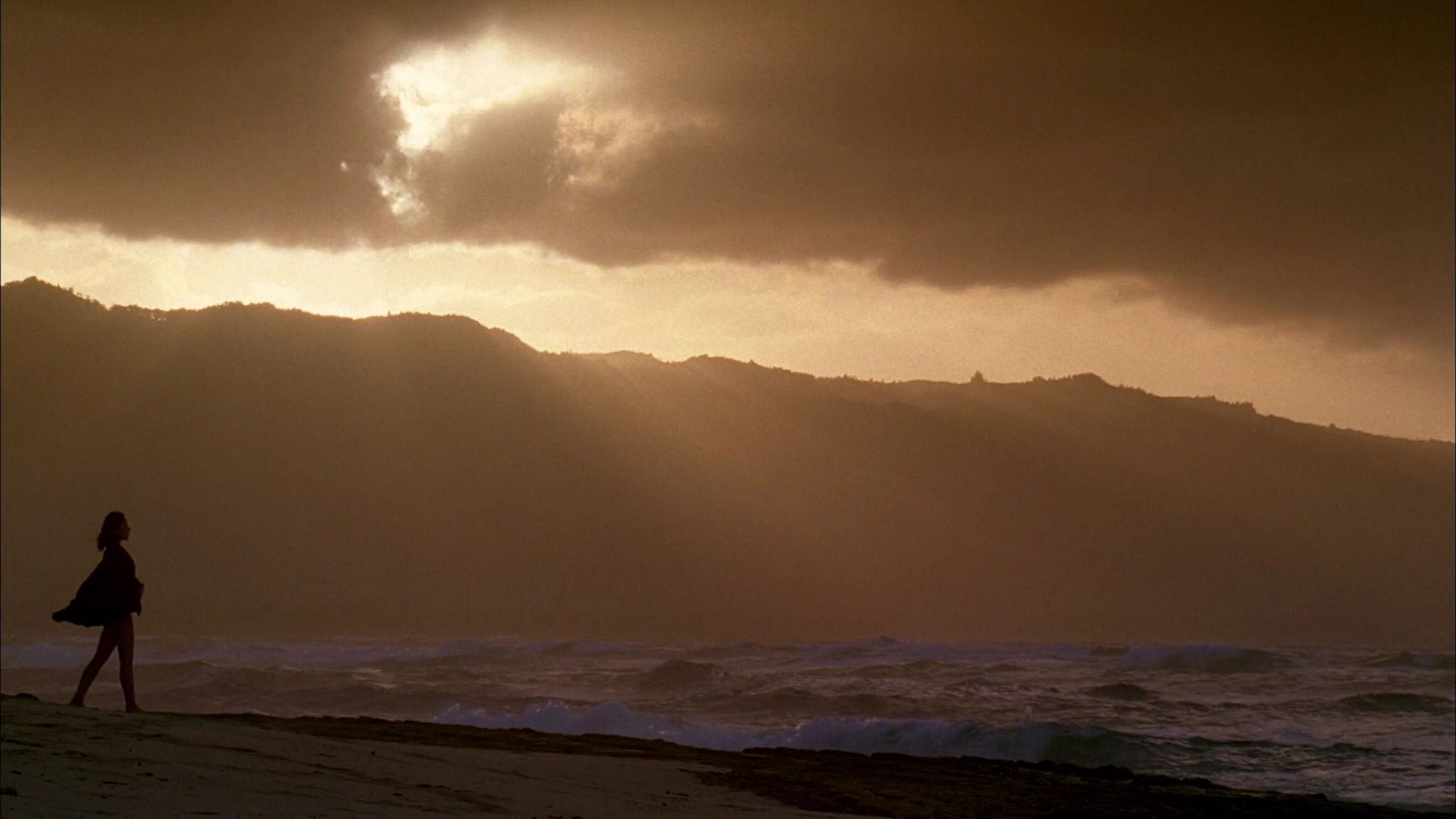 While the first season has it’s stumbles, it is still an undeniably well crafted piece of television. Very few shows had their sea-legs right out of the gate the way LOST did. And amongst the ocean of largely shaky first seasons, LOST stands strong as an almost fully-realized vision. It hadn’t yet reached it’s full potential as it would in it’s latter half, but early LOST is still great LOST. And there’s very little out there in the television landscape that can truly challenge the sheer breadth of it’s ambition or surety of it’s execution. What the rest of my rewatch will reveal about the series overall is anybody’s guess. But it’s a great sign to see the first season’s excellence fully intact over a decade after it’s original airing.