One of my favourite fighting game series of all time is Mortal Kombat. It easily has the best mythology and array of different stories attached to it, along with some of the greatest and most iconic fighting game characters in the genre. Another feature that makes it stand out greatly among most fighting game series is its inclusion of infamous and controversial finishing moves called fatalities. Whilst some are pretty ridiculous, there are quite a few which stand out as being either notably brutal or sadistically funny. This article looks at my top ten favourite Mortal Kombat fatalities. 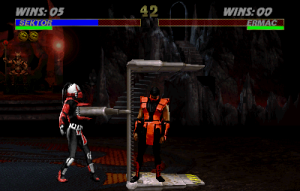 What Sektor does is deploy a hydraulic pressing device from his chest and uses it crush the losing opponent. I remember when I first played this game, the only characters I’d select were Sektor and Stryker, since they were the only two characters I’d ever be able to get to the fight against Motaro with. I was never good enough to beat the full game; not even on novice mode, and I’m still not good enough even to this day. But what I find even more difficult than beating the game is performing even one fatality. My friend could perform a few of them, but I just found it impossible, and still find it impossible. A reason why I prefer the latest Mortal Kombat fatalities to the classics is because they’re quite forgiving in terms of how much time is given to perform them. But out of all the classics, this is the one, which stick out the most for me; purely because of how funny I found it at the time, and how ridiculous it is. 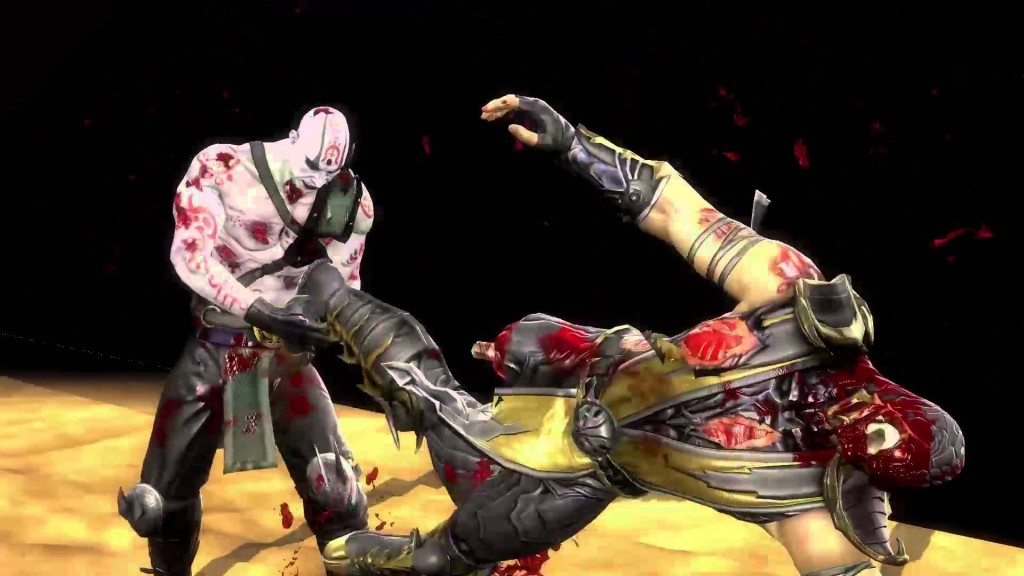 Quan Chi rips off the opponent’s leg and then proceeds to beat his opponent to death with it, and keep attacking even after he/she is dead. I find it very graphic and comical at the same time, because it reminded me, in particular, of the opening scene from a film called Cannibal: The Musical, which displays graphic violence, but is made to seem brutally funny. It was easy to pick this one out of Quan Chi’s many other fatalities, since the character also has some pretty stupid ones, such as the fatality in Mortal Kombat; Deadly Alliance, where he would stretch an opponent’s neck to an impossible length, killing the opponent. 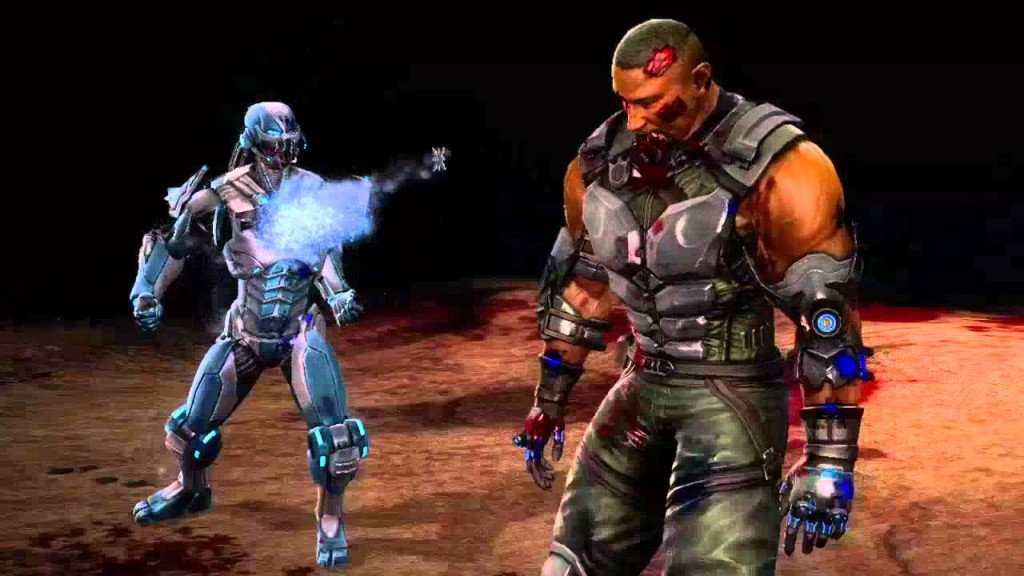 Cyber Sub-Zero launches two flails from his chest into the opponent’s eyes, then launches a third into his/her brain. An x-ray sequence shows the third flail rotating inside the brain, causing the opponent to display a comedic nerve reaction before falling to the floor dead. The nerve reaction in particular looks like some kind of comedy dance, such as perhaps something out of a Benny Hill sketch. It’s fatalities like this that make me think of how incredible it is that the developers of this game series can make something so horrific and brutal into something very funny. How they can find it so easy to come up with them, as they’ve stated in interviews, is beyond me. 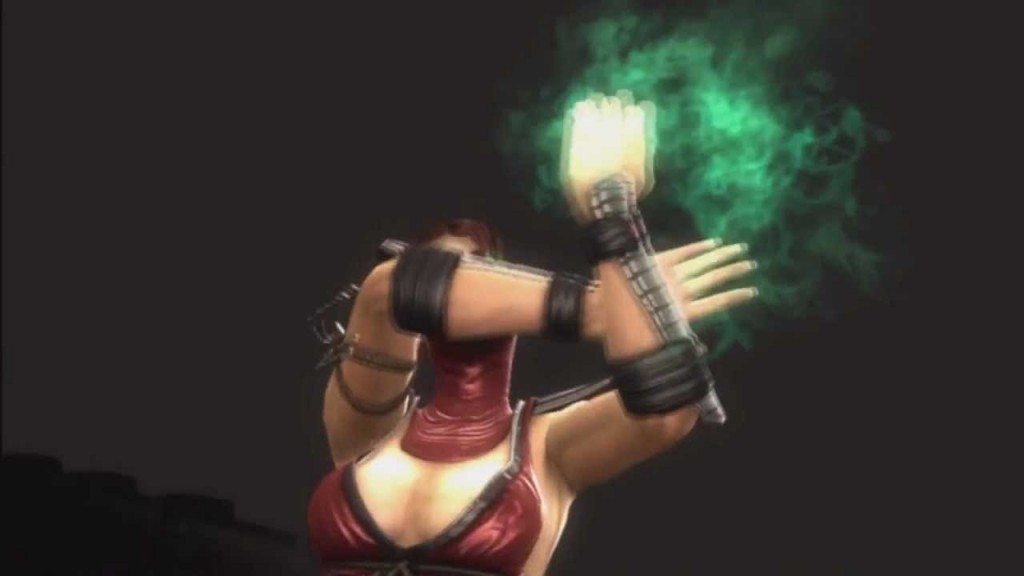 Shang Tsung finishes off his opponent by entering his/her body and taking control of it. He forces him/her to rip his/her own head off, and raising it in the air like a trophy before he leaves his/her body and leaves him/her to fall to the floor dead. Although it isn’t one of the most violent fatalities (which may seem shocking to certain readers), it’s certainly one of the most creative I’ve ever seen. I found myself wanting for creativity concerning the classic fatalities; a lot of them would be recycled with the next instalment. But this fatality, as do most in the latest Mortal Kombat, speaks of the character. Its evil in the fact that the body Shang Tsung is possessing retains some minor control over itself, as the opponent temporarily tries to fight Shang Tsung’s influence. 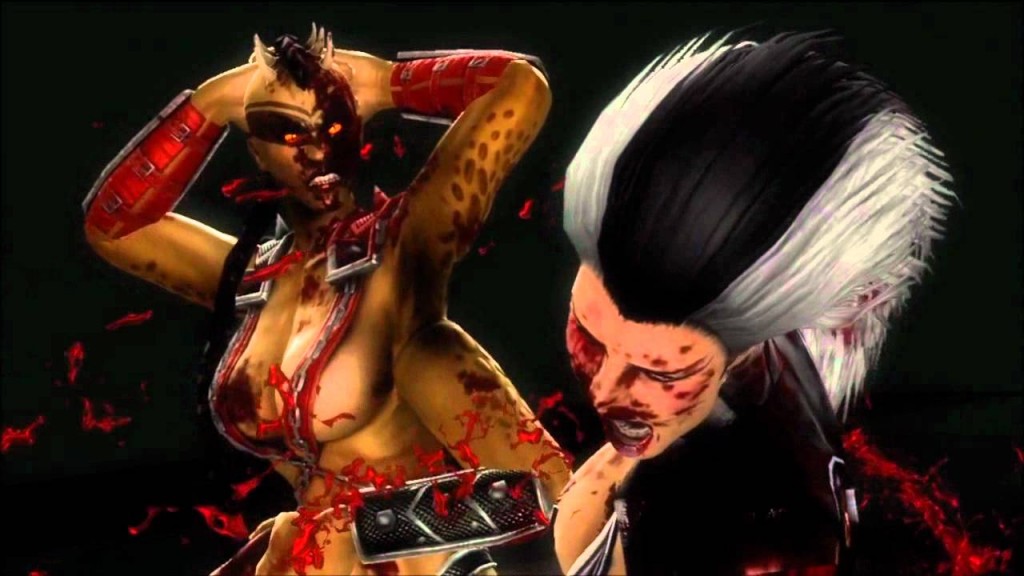 Ever since I watched films such as Bad Taste and Cannibal: The Musical, I have been able to understand how humour could be drawn from taboo subjects. I can safely that this fatality falls under that category. Sheeva rips her opponent’s arms off, slap him/her with their own hands, kicks him/her to floor and then brings the opponent’s arms come together in a clapping motion to celebrate her victory. Out of all the fatalities in this list, this one has to be the most sinister. This fatality is another one which can make gamers think how the developers can keep continually coming up with ideas like this and still be able to sleep at night. It can make people question the types of things that are going through the developer’s heads whilst working on each instalment. 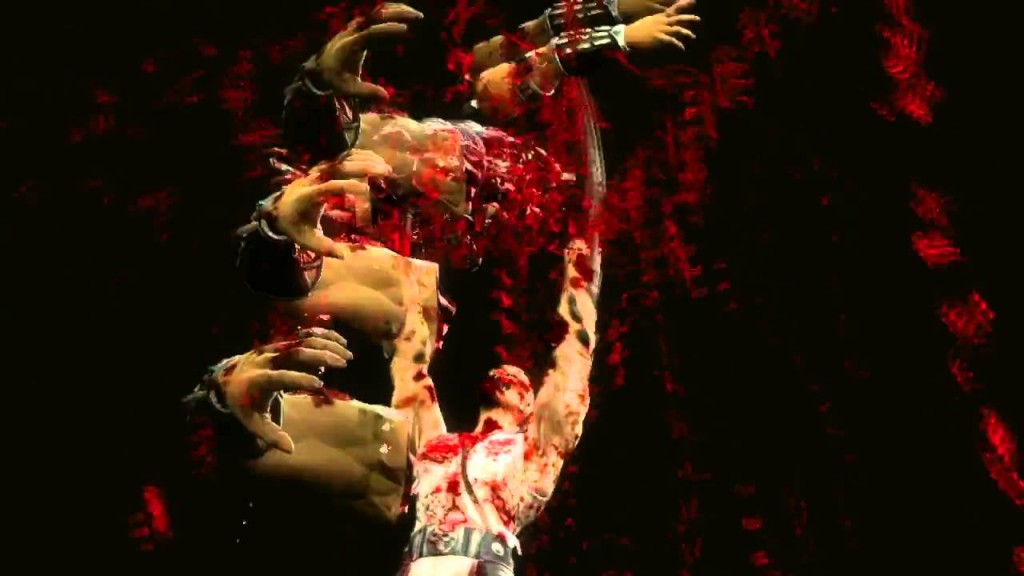 Baraka stabs his opponent with one of his arms blades, lifts him/her into the air, where he then spins the opponent on the blade, whilst using his other blade to chop off each limb as he/she spins, and then violently throws the remains on the floor. This is another one of these sadistically creative fatalities, as well being one of the most brutal. The fact that Baraka laughs as he starts to spin the opponent (just as Shang Tsung does after leaving his opponent’s body following his fatality), again speaks of how evil characters like him are. 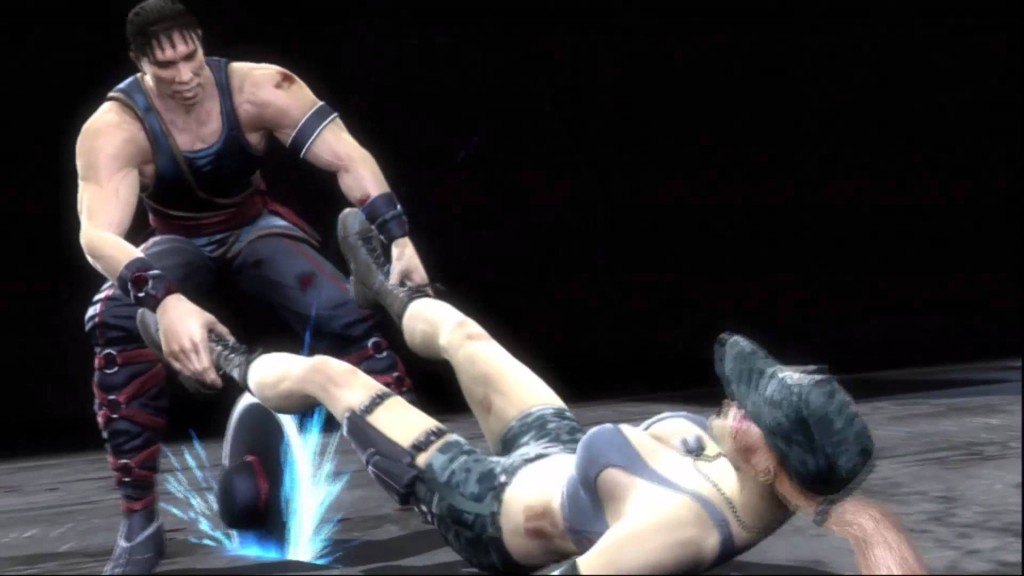 Kung Lao kicks his opponent to the floor, throws his hat into the ground where it rotates like a circular saw, and then drags the opponent through the hat, which saws him/her in half. I thought before this game came out that God of War III was the most violent game ever released, but with content like this, its no wonder the game got banned in certain countries. The problem being with this fatality (as with a few others in the game) is that if its performed on a girl, there’s a graphical glitch, in which the hair is also split in half, which makes it look a bit unrealistic. 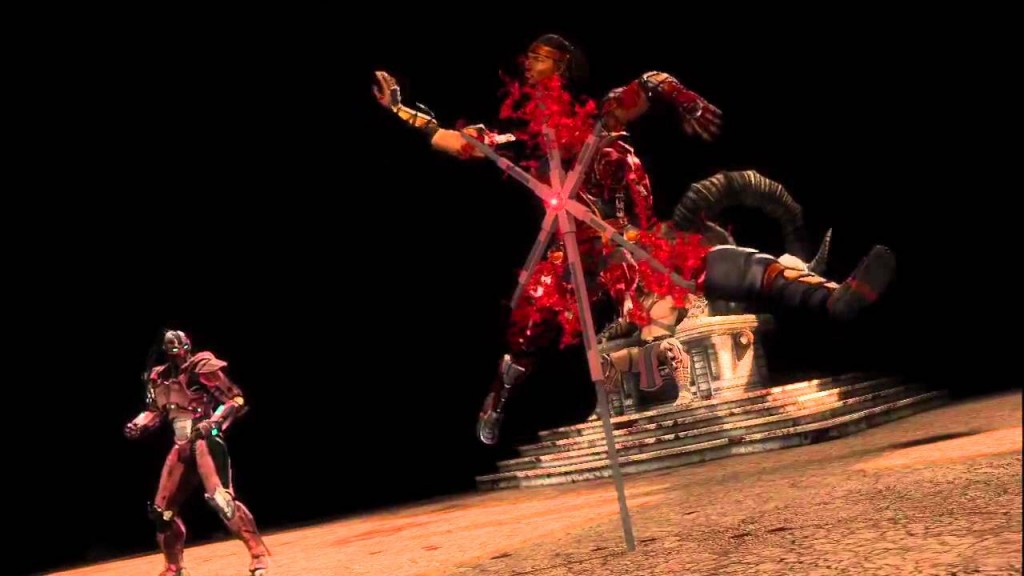 This fatality is my favourite in terms of creativity. Sektor deploys a device from his chest onto the opponent’s chest, and activates the device so that it separates the limbs from the torso in a way that makes the body look like a scarecrow. It’s the type of fatality that no one could ever expect to see, or think of. It’s something very striking, yet horrendous at the same time. I’d love to know exactly what was said at the fatality meeting the developers had the day they dreamed this one up. Apparently, the developers indeed have meetings specially designed to discuss the nature of their fatalities and even loosely act them out for rough ideas. 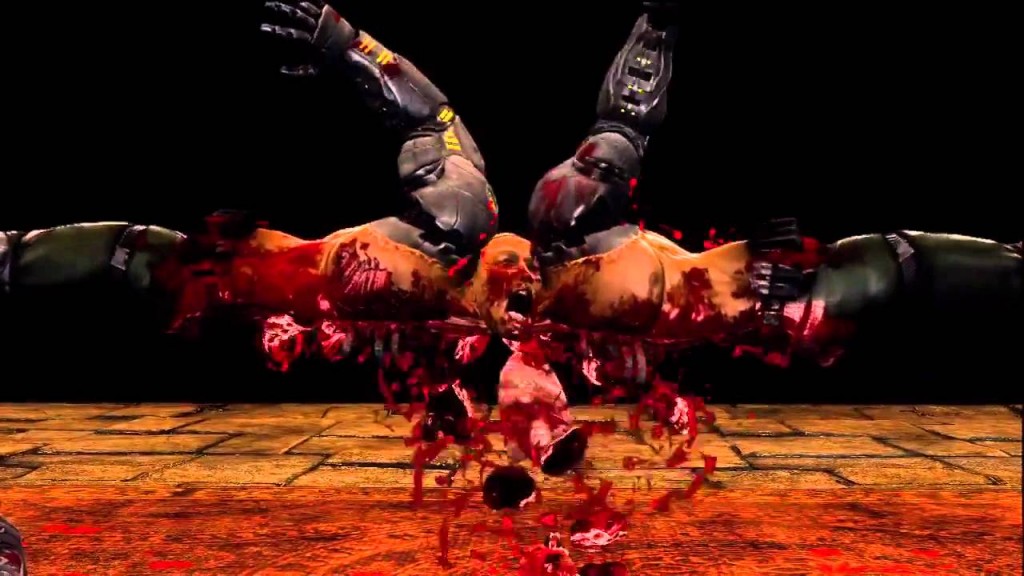 This one for me is the most violent fatality in the franchise’s history. Noob Saibot doubles himself and both of them literally rip the opponent in half with their bare hands. Although very similar to Kung Lao’s fatality, it seems like a much more painful and slower way to die. But the cruelly comedic element of this fatality is how the head is the last limb to be torn apart and the opponent can be briefly seen screaming in pain before dying, although that would be impossible in real life. The name of the fatality is also in itself funny, depending on how warped one’s sense of humour is. 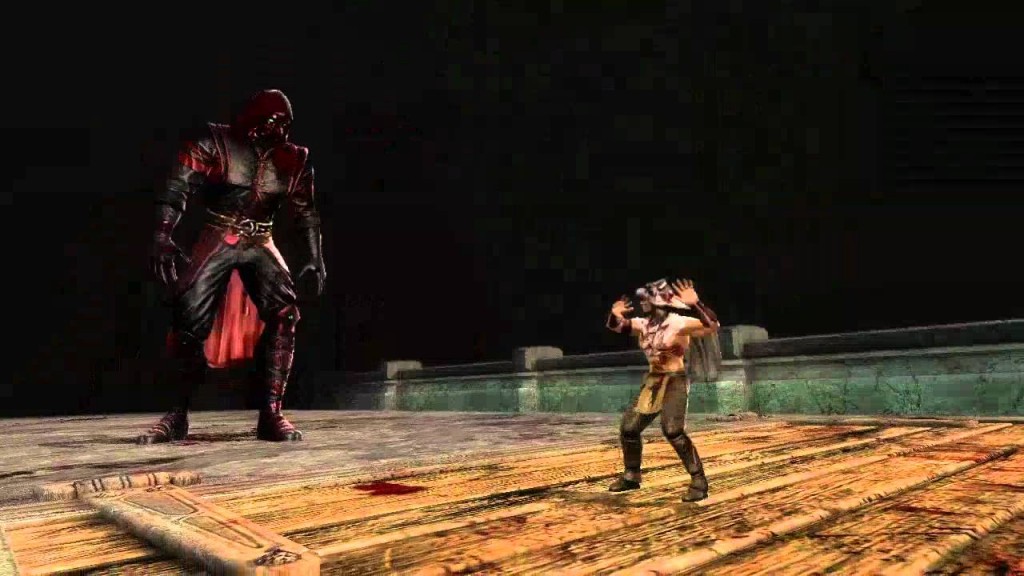 This fatality is the strongest reason of why I agree with the developer’s idea that the funny fatalities are the best, and this one is the funniest without a doubt. Ermac shrinks the opponent down to a much smaller size, and then watches as he/she runs around frantically before he simply steps on him/her, wiping his shoe of the bloodstain afterwards. What made this fatality so funny was how when the opponent shrinks, the pitch of his/her voice becomes higher the smaller he/she shrinks down to; like they’ve inhaled helium.