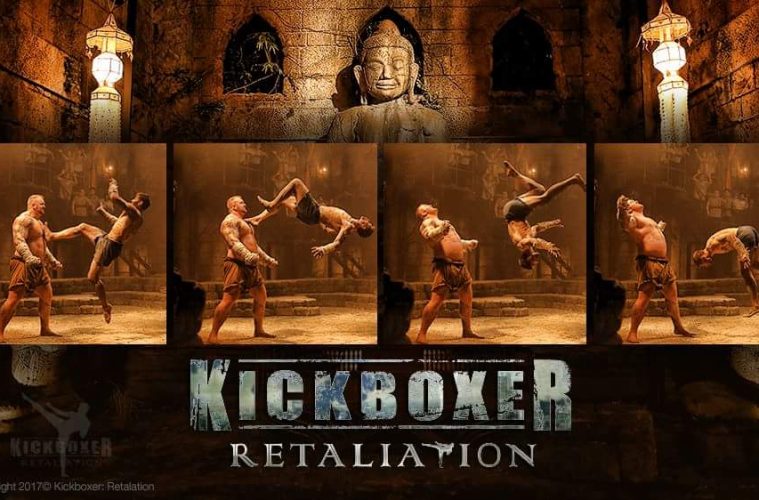 The upcoming sequel to KICKBOXER: VENGEANCE is upping the ante for anyone who grew up on the action genre in the 80s and 90s.

Kickboxer: Retaliation continues where Kickboxer:Vengeance left off. It has now been 12 months since Kurt Sloan left Thailand vowing never to return. We pickup the story in a crowded sports arena with cheering fans where Kurt is now in a new battle – A title bout for the MMA World Championship title. When Kurt returns back to the locker room he is met by a familiar face along with, what we are led to believe to be two US marshals who charge Kurt with a crime and is extradited back to Thailand in an illegal manner. At some point during the journey, Kurt is sedated and later wakes up in a dingy cell at an infamous prison in Bangkok, Thailand.