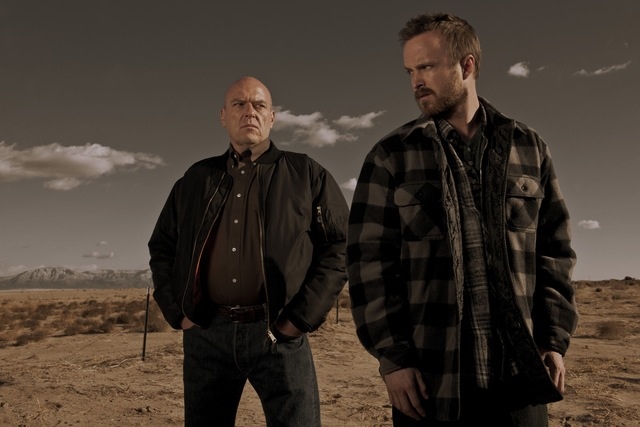 WARNING: SPOILERS
There is a very unique spark to Breaking Bad, once that separates it, perhaps even elevates it, from other “great” television shows; it always, every step of the way, manages to keep it’s viewers on their feet. The writers are always one, two, three steps ahead of their audience, all the while maintaining a sense of urgency strong enough to keep people watching. And just when you think there isn’t another card they could possibly play to throw us viewers off-guard, they give us something to flip out about (and set Twitter ablaze in the process). They give us an episode with a twist in the narrative that nobody could have seen coming.
They give us an episode like Confessions.
The instantly infamous scene in this episode, the confession scene, is perhaps the most pivotal scene in Breaking Bad‘s history. It’s the turning point of Walter White, it’s the moment that Vince Gilligan has been alluding to in interviews for years now: Walter White’s descent has completed. He is now the antagonist.
The scene in question, where Walt recounts a manipulated and perverted version of events in a recording he refers to as a “confession” is both distressing and perfectly timed. This is not Walter the badass any longer, this is Walter White the Manipulator, the Liar, the Evildoer. In all preceding cases, Walter’s misdeeds, regardless of how repugnant, were always thrilling and edgy. No matter how much we hated what he did, we were led to empathize with him, even root for him. Not so here. Here we get a taste of the true depths of the corruption of Walter’s soul. The camera lingers on hyper-zoomed shots of his face, the grainy quality of the tape distorting his features in a manner than can be best described as “grotesque”. Shameless lies spilling from his mouth, all under the guise of the mild-mannered science teacher we first met him as, a sick mockery of the man he once was that highlights how disturbing his transformation truly is. Walter White is not the amoral badass we’ve been rooting for, Walter White is simply an evil man who managed to trick the audience just as he managed to trick all the other characters, for a while at least.
This sequence is one that Vince Gilligan and the BrBa writers should consider one of their crowning achievements, one absolutely unique to the scenario of their show. Walter White’s journey as a character allowed for an unprecedented level of audience empathy for a show’s villain, to the point that once Walter’s true nature is revealed, the effect is emotionally catastrophic. Gilligan and Co. managed to essentially make the audience accomplices (on an emotional level) to Walter’s schemes and misdeeds, so his guilt is also the audience’s guilt. As his crimes became harder and harder to justify, the writers knew precisely when to inject shreds of sympathy back into the character (one such instance I mentioned in last week’s review) to bring viewers back into the fold. Our unique perspective on Walt allowed us to see him as an anti-hero rather than the villain he actually is, and was most of the time. We rooted for his convoluted plans and applauded his brilliance when he pulled them off, with a twinge of guilt I might add, but the majority rooted for him none the less. Then came the kicker. We are presented with a reality we knew, yet actively ignored the whole time: Walter White is a terrifying, evil man. And to make matters worse, we took his side. 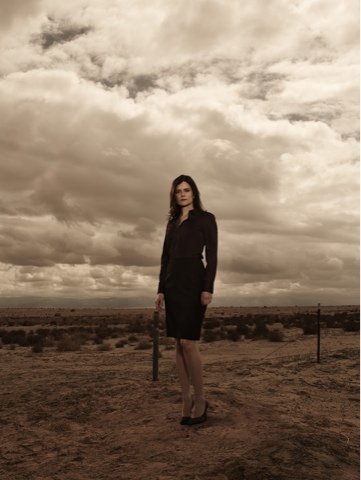 It’s hard to pin point precisely what this means as an audience member, as it’s almost unprecedented. Do we feel betrayed? No, because we willingly chose his side. Do we feel tricked? No, because the proof was in the pudding, we just ignored it or justified it. My personal emotional reaction to this particular scene was a feeling that was something close to fear, guilt even. If Walter White is really this shameless, guiltless monster that we see on that screen, then what does that say about the audience who rooted for him? He is the villain. He is that evil man who the good cop throws in jail at the end of a Law & Order episode. In any other context, there would be no question of his nature as the antagonist, and yet, here we are, in the fifty-seventh episode of this series, being confronted with the disturbing reality that our hero, Walter White, Heisenberg, The One Who Knocks, infamous badass, is just a monster who deserves severe punishment. And, as a sort of a figurative kick in the balls, we’re confronted by this right in the moment where the best hope of defeating this psychopath is crushed. One of the main topics of discussion when one talks about Breaking Bad with other viewers is whether or not Walter White is a good man gone bad, or a bad man embracing his true self. I think both those hypothesis are wrong and completely miss the point of what makes Breaking Bad so great. Walter White isn’t a “good” man, he isn’t a “bad” man. Walter White is a man that gave into the selfishness and evil that lurked in his heart, and he became a monster. Walter White became something that any human being is capable of becoming, and that is why Confessions‘ reveal is so terrifying. We kept rooting for Walter because we empathized with him, and if we empathize with a man who is truly a monster, what does that say about us? It’s a question that many other films and shows have pondered, but none quite as effectively as Breaking Bad. When we look into that grainy, distorted image on that screen and ask “what has he become?” the real question that haunts us is “what are we capable of becoming?”
Jesse also gets a big kicker in this one. In another example of atrocious manipulation, Walt manages to convince Jesse to take on a new identity then start a new life far, far away from Albuquerque. Jesse, literally moments away from stepping into the car that will take him away, has an epiphany and pieces together that Walt was actually the one responsible for poisoning Brock in season four. This reveal is a tad less poignant after the punch in the gut that we got earlier in the episode, but it still works regardless. Jesse then sets off on a warpath to Walt, breaking into the White household and dousing the entire place in gasoline. It’s nice seeing Jesse up and active again after seeing him sit around like a deflated balloon for weeks. It seems that Jesse has nothing left in the tank except for sadness and rage, and given the anger we see in this episode, I seriously doubt that we’ll be seeing anything other than rage for a good couple episodes.
Walt, after hearing from Saul about Jesse’s revelation, responds as he always does when his life is threatened: panics like a little b****. He frantically bolts for his pistol he keeps hidden away, making up a humorously awful cover story when Skyler witnesses him gunning for the hiding spot. It’s in moments like these that we’re reminded just how pathetic Walt really is. He isn’t the stone cold badass that he thinks he is, and wants everyone else to believe he is. He’s capable of terrible things, mind you, but for no other reason than because he’s ruled by his own selfishness. In light of his “confession” earlier in the episode, this little scene plays as a comedic revisit to the urgency of late season four. Where one we felt the desperation along with Walter, we now see just how truly weak and sad he is as he stumbles around trying to keep his little world from falling apart, yet again. The character dynamics have now permanently changed on Breaking Bad, and it’ll be interesting to see who the writer’s place in the protagonist’s chair now that Walt is beyond empathy.
You go Jesse, go get him.
Episode Grade: A-
Other Thoughts:
Upon further review, I’m retroactively regrading last week’s episode as an A-. It was great, but I need more discretion with these ratings.
Todd is off with his white power relatives, still not sure where that’s going but at this rate I trust that it’s awesome.
No Lydia this week? Awwww
“Bitch!” Counter: ? (I was so engrossed this week that I totally forgot to keep track, will remedy next week)