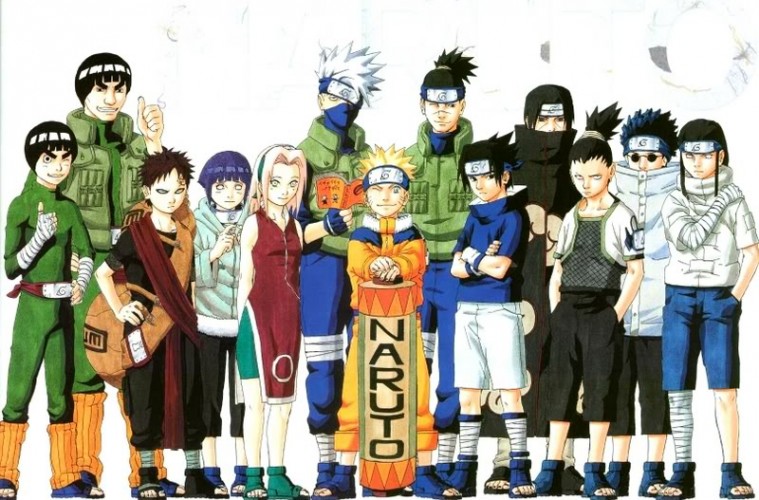 Farewell, Naruto: The Curtain Falls On A 15 Year Shonen Legacy

Whether it’s good food, fine wine, or relationships, all things must meet an inevitable end—a climax to wrap things up (Keep it clean, boys).  Naruto is no exception to that rule. In just a few days, Naruto Uzumaki, the jumpsuit wearing ninja full of fire and a never-say-die attitude, battles it out in two chapters that will close the book on an epic tale that has lasted 15 years.

Originally started in 1997 as a one shot, Naruto became a full-fledged series in 1999 with Weekly Shonen Jump in Japan.  America wouldn’t catch the bug until 2003 with the Naruto manga and even later in 2005 with the anime.  Fans soon donned the headbands of the Hidden Leaf Village shinobi, but also shouted his catchphrase, “Believe it!” at Hot Topic shops and geek conventions to the joy (and dismay) of people worldwide.

As Naruto ends with chapter 700 (which will be fully colored compared to 699’s traditional black and white inked format), the anime series will wrap up its run with a new movie entitled Naruto: The Last. The Last will be the tenth film in the franchise and will act as an epilogue to the overall series since it will be canon.

Whether you love it or loathe it, the fact Naruto is ending brings an end to not only a lengthy series, but an era in Shonen anime and manga that saw great success.   A term loosely meaning Japanese entertainment for a boys demographic (10-42), “Shonen” was known for a wide variety of titles that ranged from over- the-top action like Kinnikuman and Saint Seiya to hellish blood-letting works like Fist of the North Star and Violence Jack before Dragon Ball became the dominant influence in the genre.

Akira Toriyama, the creator of Dragon Ball, took the kinetic action from his predecessors and influences from stories such as Journey to the West to create his own unique adventure that would evolve into a mega hit.  Dragon Ball’s influence over the years would lead to the creation of the “Holy Trinity of Shonen”:  Eichiro Oda (One Piece), Tite Kubo (Bleach), and Masashi Kishimoto (Naruto).  “The Big 3” succeeded in trailblazing the golden age of Shonen Jump in the 1980s. A golden age that saw the last of its extremely popular manga champions in the form of Dragon Ball  (which became Dragon Ball Z later in its manga run [1984-1995]), YuYu Hakusho (1990-1994), and Rurouni Kenshin (1994-1999).  Yu-Gi-Oh (1996-2004) also garnered great praise in the midst of the change. However, it was  One Piece (1997), Naruto (1999), and Bleach (2001) that helped usher in a new age focused on its target male audience by showcasing fierce battles and action-driven plots.  That’s not to say that they didn’t attempt to focus on female readership as well. As a result of Shonen Jump’s promotional efforts and that of its respective creators (along with their rivals in Gangan Comics, publisher of Fullmetal Alchemist), readership from the female demographic in both Japan and the U.S. was higher for the genre compared to past years. This culminated in Shonen Jump’s dominance during the 2000s.  From Naruto to Naruto: Shippuden, the series kept a very dedicated fanbase that grew into a phenomenal franchise with vast merchandise that is only second to One Piece and its gargantuan following worldwide.

Naruto runs deeper for the American audience compared to the other members of the Big 3.  Bleach — while still a solid series — is nearing its end as well, but has lost steam along the way because of a lack of fan interest from the same younger crowd that fueled Naruto.  Also, the teenage audience that seemingly backed Bleach found themselves more enthralled by, then Shonen Jump hit, Death Note and Gangan sensation Fullmetal Alchemist.   One Piece has a great fanbase around the world, but failed to connect with fans in the U.S. for a long time because of its anime adaptation that was localized by 4 Kids Entertainment.   On the flip side, Naruto, licensed and localized by Viz Media, had a very effective adaptation in both its anime and manga, allowing it to succeed in the U.S. market.  Furthermore, as the internet became more enamored with  Peer to Peer (P2P) technology and illegal downloads, Naruto and One Piece received instant exposure long before the Region 1 industry noticed them.  In addition, Naruto, along with One Piece (now under Funimation), and Bleach helped bridge the gap when the anime industry in the United States crashed in 2005.  Naruto and the similar popular titles of the time carried the industry long enough for it to be resuscitated by newer titles like Attack on Titan, The Seven Deadly Sins, and Psycho-Pass.

As Naruto and his friends bid us adieu, the farewell is bittersweet for Shonen Jump and its parent company, Shueisha.  On one hand, they’ve had the pleasure of fostering a worthwhile talent in Kishimoto. Kishimoto delivered a popular series that not only surpassed Dragon Ball and Dragon Ball Z in terms of years in circulation, but was able to carve its way to the fourth best-selling manga of all time in Japan (130 million copies sold). In addition, it was also able make strides against comics like The Walking Dead, Avengers, and Justice League (In 2009, Naruto was one of the very few manga titles that made it into Diamond Distribution’s top 100 top-selling comics of the year list).   However, Shueisha is losing an international ace in changing times.   As one of the Big 3 signs off, Kodansha (Attack on Titan, The Seven Deadly Sins), Gangan Comics (Black Butler, Cuticle Detective Inaba, Kimi to Boku), and other rival companies are dishing out solid titles.

As the industry changes, anime studios have taken up more light novels from publishers like Dengeki (Accel World, Sword Art Online) and Media Factory (No Game, No Life) to adapt in order to cut out the stress of dealing with the manga industry and balancing out production committees and TV networks at the same time. There is also a trend in Shonen anime that is demanding for dark and grim content such as Attack on Titan and Akame Ga Kill. Seinen series like Terra Formars and Knights of Sidonia are also catching on compared to most Shonen.

Fortunately, Shonen Jump has already started making plans for the future and has begun elevating several titles. Not just in manga form, but also with animes such as World Trigger, Assassination Classroom, Kurokoro’s Basketball, and Food Wars: Shokugeki no Soma.   Nevertheless, Naruto will take a much deserved bow and join the likes of Shonen legends Kinnikuman, Fist of the North Star, Dragon Ball, YuYu Hakusho, Rurouni Kenshin and others as it makes its final mark on the pages of Shonen Jump.

As a long-time anime fan that casually followed Naruto from its beginning, I am happy for the success of Kishimoto and the achievements the series has made in its run. In particular, how it has inspired a new generation of fans and aspiring creators the world over.