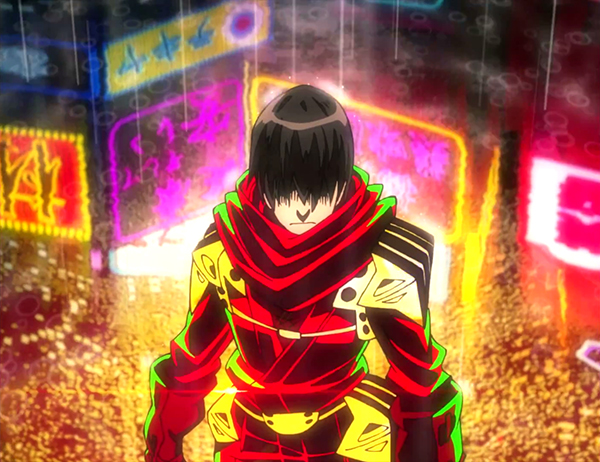 5 Anime titles action-mongers should look out for this spring.

Well, spring is here, and anime in 2015 is looking pretty cool.  A lot of people forget that we have a few people at Action A Go Go that actually cover anime and it’s about time some of you were reminded of that fact.   The spring season for anime just started, so if you can pull yourself away from a certain Marvel show for five minutes, I think you’ll find a few of these shows pretty interesting.

Trigger Studio is at again with another new property!  Directed by Akira Amemiya (Gurren Lagann, Panty & Stocking, Kill La Kill, Inferno Cop) Ninja Slayer is the most anticipated anime of the season with its crazy animation style and internet buzz.  Based on a novel series that came out in 2012 that actually turned out to be a ploy from the studio, Ninja Slayer is a revenge tale about a salary-man who seeks vengeance for his family after a ninja turf war claims his wife and child.  He allows the spirit of Naraku Ninja to possess him and becomes Ninja Slayer as a result of Naraku’s bloodlust to eradicate evil ninja and the his personal desire to avenge his family.  This ball of madness is under Funimation and can be found on their site and Hulu. 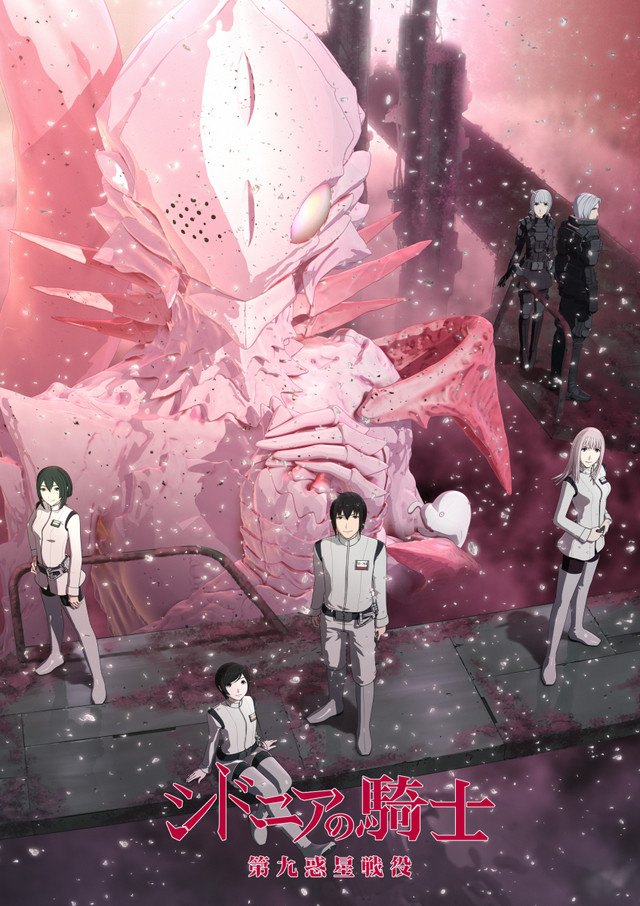 Need something sci-fi for the season outside of the offerings on SyFy channel?  J.J. Abrams isn’t putting out a certain epic fast enough?  Look no further.  The follow-up season to 2014’s breakaway mecha hit series, Knights of Sidonia, now given the subtitle Battle for Planet Nine, is geared to continue its epic with Nagate Tanikaze and his comrades aboard the Sidonia battling the mysterious alien creatures known as Gauna  and discovering numerous secrets in the process.   The stellar hit anime based on the manga by Tsutomu Nihei (Blame!, Wolverine: Snikt!) boasts a bold use of CG animation with a very intriguing hard sci-fi ambiance, tremendous suspense, and impeccable action.  This series has been highly praised by many such as Metal Gear Solid and Zone of the Enders creator Hideo Kojima for its use of digital technology.  The series is being streamed by Netflix and the physical distribution rights are being handled by Sentai Filmworks.

3. Seraph of the End: Vampire Reign

From the pages of Jump Square (Shonen Jump for teens and young adults) to the digital HD screen, Seraph of the End is expected to be a memorable supernatural story for the spring anime season.  A catastrophic virus plagues the world and vampires emerge to lay claim to the land.  However, children are immune to the virus, which causes concern for the vampire overlords who then decide to take children and enslave them.  Twelve year old Yuichiro Hyakuya dedicates his life to ridding the world of blood-sucking scourge after witnessing firsthand the oppression and terror they have wreaked upon the human race.  For many manga readers, this screams Attack on Titan with vampires (plus the fact Seraph is animated by the same staff at Studio Wits/Production I.G. that handled Attack on Titan), but it looks like a worthwhile distraction while Attack on Titan waits for its second season next year.  Seraph of the End’s manga is being released by Viz Media and the anime has been licensed by Funimation for physical and streaming distribution (Hulu and Funimation.com). 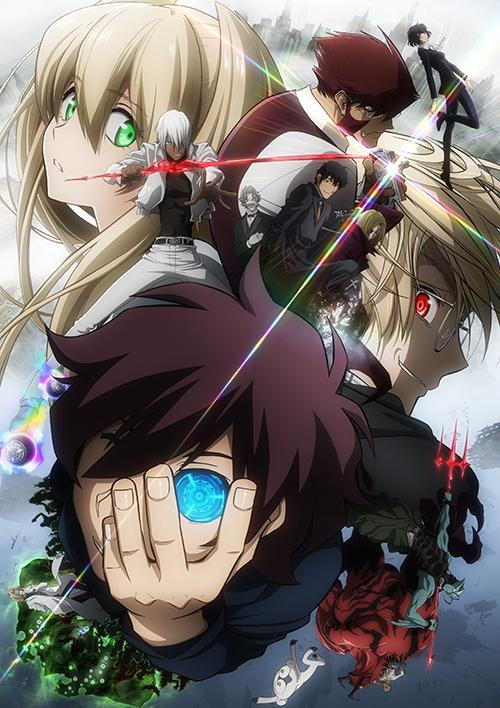 Yasuhiro Nightow, the creator of Trigun and Gungrave, goes three for three with his latest manga turned anime, Blood Blockade Battlefront.  The Jump Square title has been doing things in the U.S. thanks to Dark Horse Comics.  Based in New York City after a hellish event that makes the Big Apple a melting pot for monsters and magic, the Libra organization must not only battle the evil that comes after the merger, but they also must contain the startling events of city from reaching the outside world.  The series has a vibe similar to Men in Black and Hellboy, which isn’t bad considering Nightow is the filter and Studio Bones (Eureka Seven, Darker Than Black, Fullmetal Alchemist) is animating it.  Blood Blockade Battlefront (known in Japan as Kekkai Sensen) has been licensed by Funimation and can be found on Hulu and Funimation’s Subscription Service. 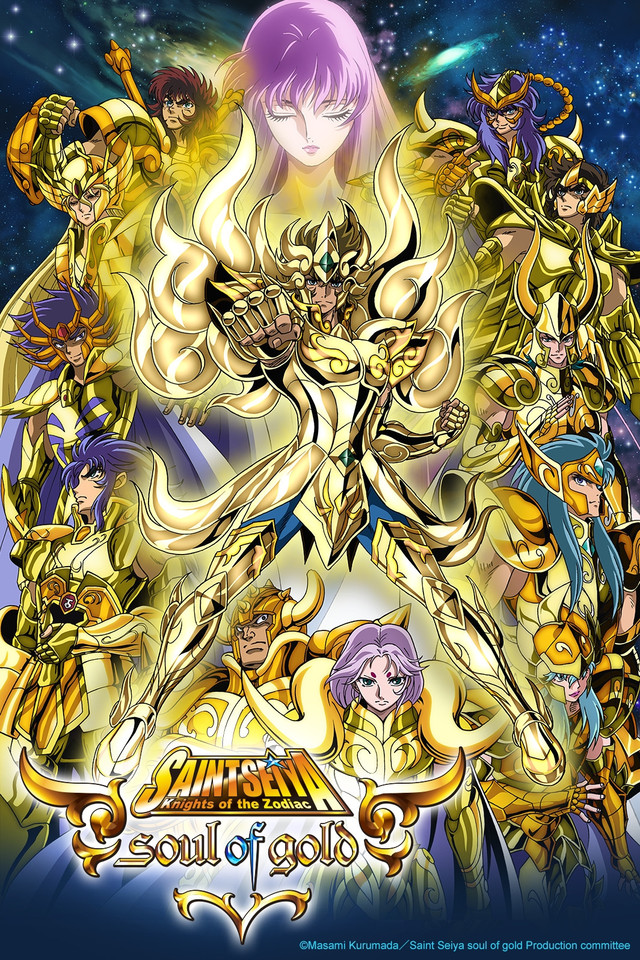 The legendary shonen series that is still the talk of Europe and South America and known infamously as Knights of the Zodiac for its Cartoon Network run in the United States returns with a brand new series after its 2014 CG film to celebrate its 25th anniversary.   The creator of Saint Seiya, Masami Kurumada,  and Toei Animation stated that this series is an original work that is not connected to the classic manga, its spin-offs, or any of the previous anime iterations.  For those who don’t know, Saint Seiya is the fierce fantasy fighting tale about guardians hand-picked by Athena, the Greek Goddess of War, to aid and protect her in battle against the other gods who yearn to take dominion over the earth.    Known for its emphasis on teamwork and pretty boys beating the tar out of each other, Saint Seiya has something for action fans new and old.  Check it out on Crunchyroll, Daisuki.net, and Hulu.