Hey, everyone!  Fresh off my Month of Pain duties, I have returned to my first love: Anime.  With Funimation, Crunchyroll, and so many others preparing for simulcasts, fans have many reasons to be excited!   Here is a list of the top five picks for the summer season voted on by Action A Go Go collectively and christen by yours truly!

Special Note: Although Knights of Sidonia aired in Japan during the spring season, America will get a chance to enjoy it July 3rd exclusively on Netflix!  Don’t miss it! 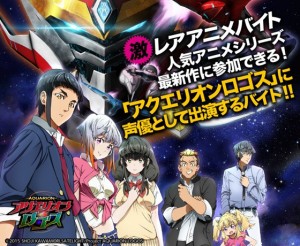 Shoji Kawamori of Macross (Robotech) notoriety gives Eichi Sato (Slayers Next and Nobunaga the Fool) a shot at the director’s chair in helming the third installment of Kawamori’s admirable mecha series Aquarion.  This latest series takes place many years after Aquarion Evol and Aquarion: Genesis of Aquarion.  As a result, new cast of characters with the only returning character being non-other than the Aquarion itself.   In addition to that, it will feature music from both iconic musical artists Yoko Kanno (Cowboy Bebop, Wolf’s Rain) and May’n (Macross Frontier and Kamen Rider Fourze).  Aquarion Logos will mark the 10th anniversary of the Aquarion series and seems poised to show the best of the franchise.  Check it out on Funimation’s website (Funimation holds rights to the first two Aquarion series) and Hulu. 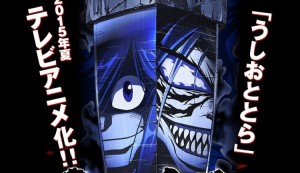 Hot-blooded action, comedy and thrilling supernatural horror collide in this remake of Shogakuan’s classic manga series by Kazuhiro Fujita about a boy, Ushio Aotsuki, and the freakishly huge tiger phantom (yokai), Tora. Ushio learns of his destiny to wield the legendary Beast Spear and defeat an ancient demonic force, but he can’t do it alone. Watch as Ushio and Tora bond and fight to protect their loved ones and the world.  The remake comes 20 years after the first ova series animated by Shogakuan and TOHO (Godzilla).  If remakes of established series like Fullmetal Alchemist have told us anything, this will be closer to the original manga.  The 90s classic is getting a new anime thanks to studio MAAPA (Kids on the Slope, Garo: The Animation, Punch-Line) with seasoned director Satoshi Nishimura (Trigun, Hajime no Ippo) attached to the project.  Check it out on Crunchyroll and Hulu once it becomes available after July 3rd. 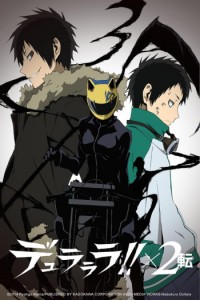 The district of Ikebukuro and its quirky, crazy, and downright dangerous residents continue their fun in the second half of season two of this breakaway hit series.   With a style that would make Quentin Tarantino proud, stellar animation, and an ambiance that mixes some of the best of the crime genre with intrigue and a dash of hilarity, Durarara has taken its decade of successful light novels and turned it into a very enjoyable anime series.  (Baccano!) struck gold with the first season and (so far) season two hasn’t disappointed with season three following up soon.    Durarara!! X2 is on Crunchyroll, Hulu, and Durararausa.com for your viewing pleasure! 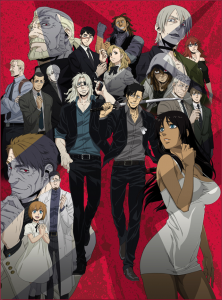 This very anticipated title is being handled by Manglobe Studios (Samurai Champloo, Michiko & Hatchin, Deadman Wonderland) and has the potential to be the breakout hit of the streaming season.   Nic and Worick, the “handymen” who are making a living (and killing) in the crime-ridden villa of Ergastulum, are given a huge job:  Eliminate the new gang muscling into the territory of the top mob family.  What seems like a normal blood-soaked, gunsmoke-stenched job for the duo turns into something far more dangerous for them and their friend.  Check it out on Hulu and other hubs once it becomes available next month. 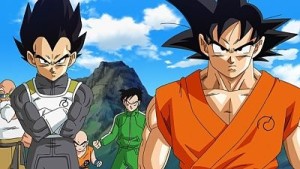 Following the Blockbuster success of Battle of Gods and the recent Resurrection F in Japan, Dragon Ball (Dragon Ball Z specifically for American fans) as a franchise has returned after 18 years.  Dragon Ball Super takes place after the events of the Majin Buu Saga in Dragon Ball Z and include the events of the recent films as part of its canon.  The usual suspects return as Goku and friends battle new and classic villains as well as face new challenges in this continuation of the iconic shonen series.   Akira Toriyama helms his ace once again while Toei puts all of its efforts into bringing Goku and the others back to TV in grand fashion.   Funimation and Hulu will be streaming the series this summer.