The Urban Horror Of JOE GOLEM Comes to Dark Horse

This November legendary Hellboy creator Mike Mignola, NEW YORK TIMES bestselling novelist Christopher Golden and Dark Horse Comics will unleash the first ever comic book appearance of their character Joe Golem from their novel Joe Golem and the Drowning City. A five issue Joe Golem: Occult Detective mini-series will be co-written by frequent collaborators Mignola and Golden, with art by Patric Reynolds (Serenity), colors by award winning colorist Dave Stewart and covers by Spectrum Award-winning painter Dave Palumbo. The new series takes place prior to the events of the illustrated novel Joe Golem and the Drowning City. Set forty years after an earthquake leaves Lower Manhattan partly submerged under 30 feet of water, Joe Golem must hunt a horrifying creature that is pulling children into the depths of the city’s canals.

“For years now, since we first saw Baltimore work as a comic, Chris and I have talked about doing comic book sequels and prequels to Joe Golem,” said Mike Mignola. “But, as always, we needed to find just the right artist and when I saw Patric Reynolds’ recent work on an Alien comic I knew he could pull off the world we created in the novel and capture the mood we were looking for. When you find the right artist for something you don’t want to let him get away.” 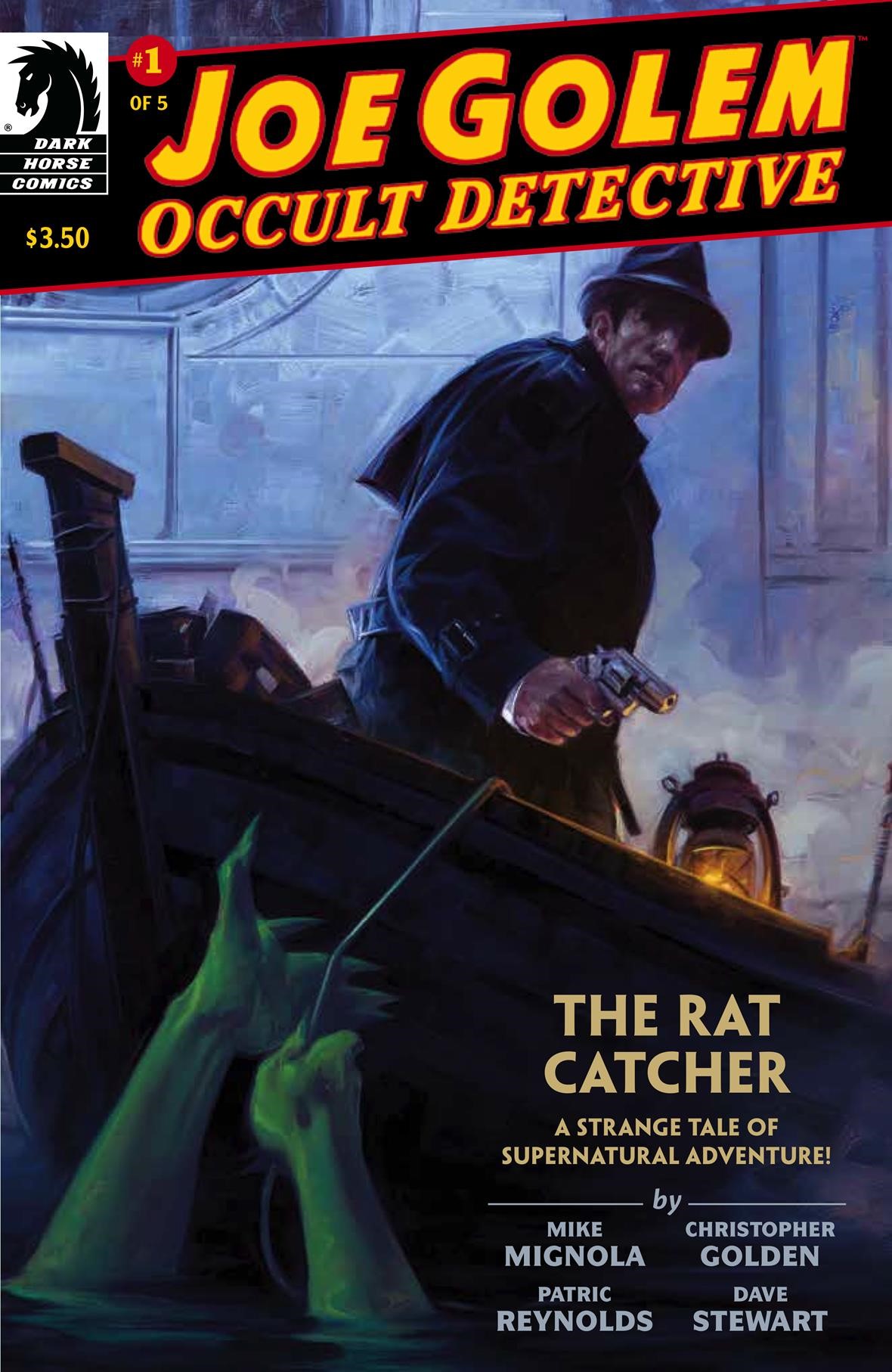 Like their collaboration on the Baltimore graphic novels, the events of Joe Golem take place outside of the “Mignolaverse”, the strange, shared universe inhabited by Hellboy, BPRD, Abe Sapien, and Frankenstein Underground. The horror of Joe Golem is distinctly urban; the series offers a haunting dystopian mid-twentieth century New York.

“Joe Golem is full of pulpy goodness, weird alternate history, monsters, and magic and it’s full of insanity you’re not going to find anywhere else.” said Golden. “We’re telling the story of Joe Golem: Occult Detective, solving mysteries in the flooded streets of mid-20th century lower Manhattan with the ancient Simon Church, who’s keeping himself alive with magic and machinery at the same time he’s keeping Joe in the dark about his own origins. We want to immerse you in Joe’s world, what life is like in the Drowning City, and with issue one, we dive right in.”

Source: Dark Horse Comics | Action A Go Go on Twitter and Instagram |Be sure to leave your thoughts in the comments section!