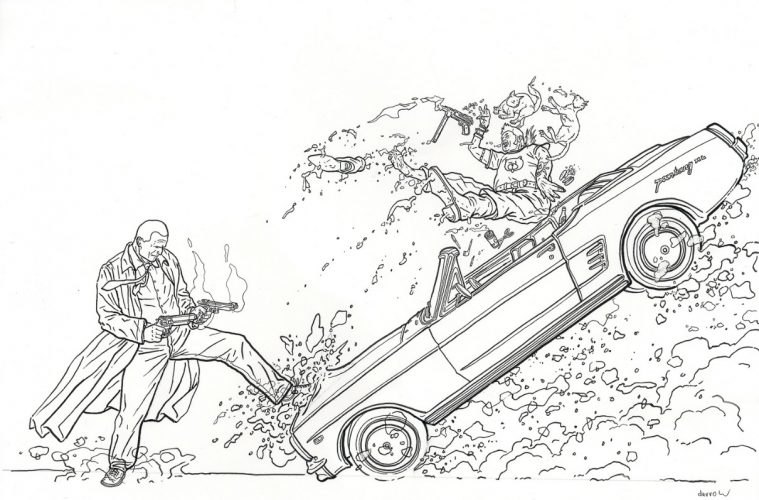 ‘LEAD POISONING’: NO ONE DRAWS VIOLENCE QUITE LIKE GEOF DARROW

Geof Darrow’s slick, precise inks and stunning detail have amazed comics fans for decades, from his early work with Moebius to Hard Boiled, his first collaboration with Frank Miller, to the overwhelming success of his current series, The Shaolin Cowboy. Now Darrow provides incredible insight into his process by sharing the pencil drawings behind his meticulous inks in a huge hardcover collection, Lead Poisoning: The Pencil Art of Geof Darrow. Dark Horse Comics will release the oversized 128 page book, 9×12” HC and priced at $34.99, in July ahead of Darrow’s appearance at San Diego Comic Con. 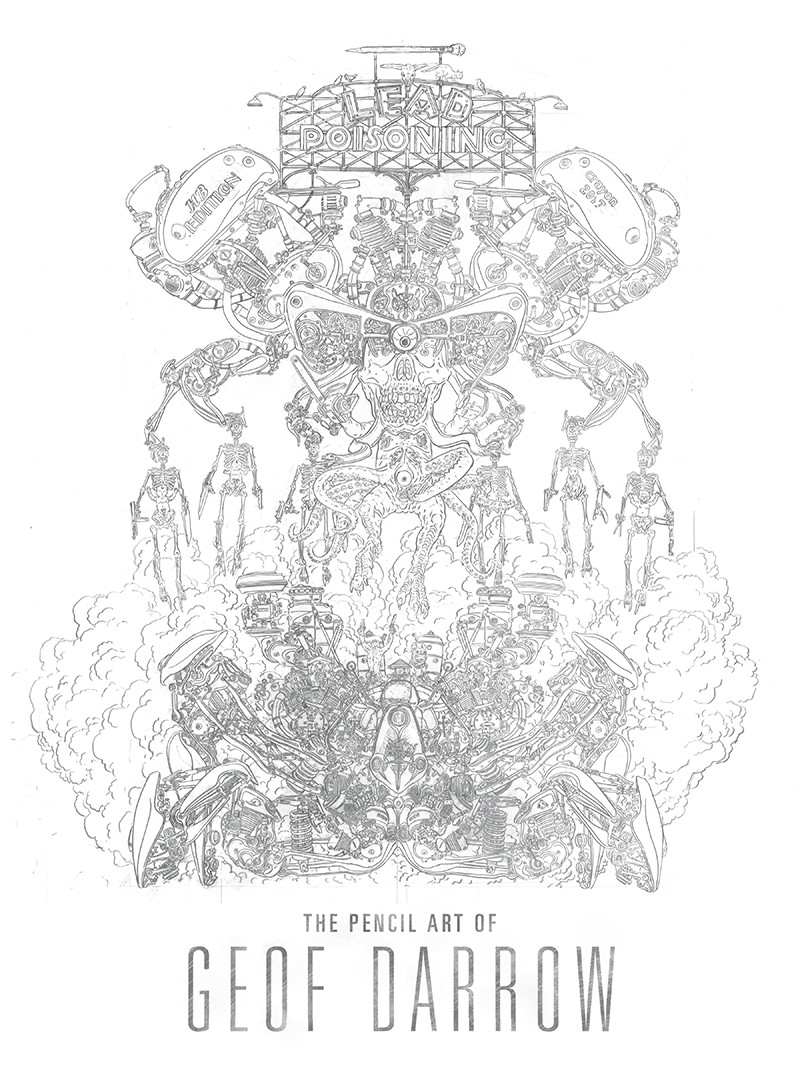 Featuring well-known covers and never-before-seen drawings alike, Lead Poisoning is a behind-the-scenes look that reveals perfectionism at its best, showing how clean and perfect the initial drawings can be as well as the bizarre alterations that appear to happen on the fly. Featuring commentary by Darrow and his notable peers, Lead Poisoning: The Pencil Art of Geof Darrow is a hardcover that brings you right to Darrow’s drawing board.\

“Geof Darrow is one of the most talented creators to ever work in comics,” said Dark Horse Comics Publisher Mike Richardson “In 2017 Dark Horse is proud to be celebrating over two decades of his amazing art with the release of Lead Poisoning, along with a brand new edition of Hard Boiled, the iconic graphic novel he created with comics legend Frank Miller. Not one to rest on his laurels, Geof is also busy creating mayhem with new, adventures of his epic character, the Shaolin Cowboy. ” In April, Dark Horse will publish the first issue of a new four-part mini-series by Darrow and award winning colorist Dave Stewart, The Shaolin Cowboy: Who’ll Stop the Reign? In September, Dark Horse will release a new edition of Hard Boiled, featuring a new introduction by Frank Miller and recolored by Stewart. 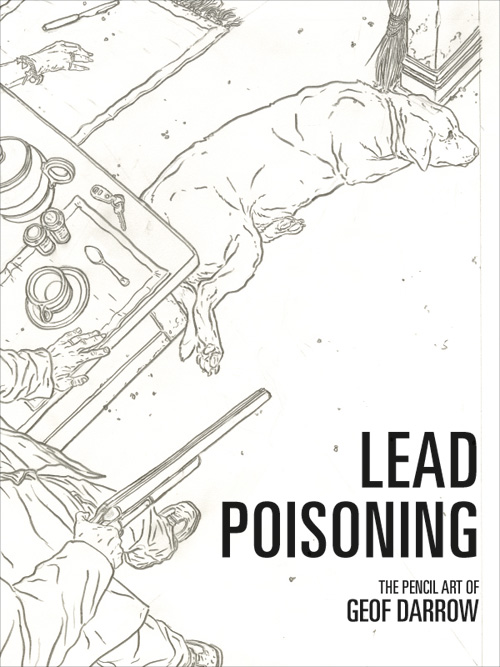 Before he was a Three-time Eisner Award winner (and loser), Geof Darrow was born in Cedar Rapids, IA. He is an ex-altar boy, garden mechanic and boom operator on a soft-core adult film. He resides in Chicago IL and his artwork inspires and disillusions fans and artists alike:

“Geof Darrow is a master . . . His combination of technical ability and a genuinely individual voice is an inspiration for me and for generations of other artists across the world.”—Frank Quitely 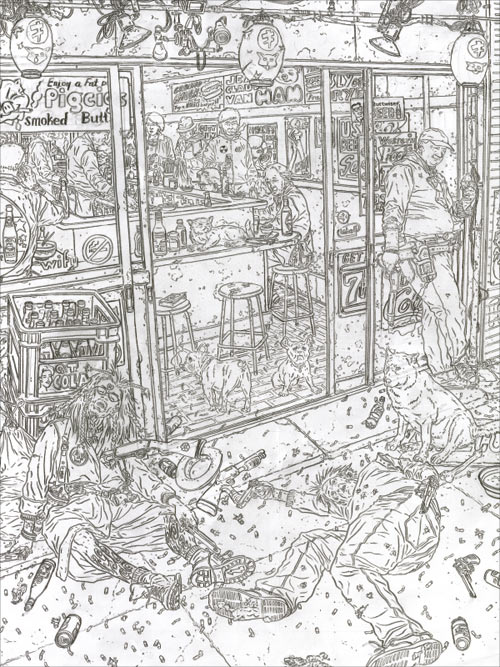 “Trying to describe Geof Darrow’s work to someone unfamiliar with it is a little like trying to describe a waterfall to someone who’s never seen water. It’s tranquil above the falls, a thrill ride down the slope, and explosively lethal at the bottom of the cataract.”—Walter Simonson

“No one draws violence quite like Geof Darrow.”—NEW YORK MAGAZINE’s VULTURE

“Geof Darrow is without a doubt one of the best creators in our field, meticulous, a superb craftsman, and in Shaolin Cowboy Geof becomes a master choreographer, making the battle scenes a vivid and nightmarish vision of Dante’s Inferno.”—Sergio Aragonés

“A profound sense of the absurd encapsulated in elegant line. Darrow has crafted high-definition realities since before hi-def was even a thing!”—Duncan Fegredo

“Geof Darrow experiments with the versatility of the comic book format and, damn, does he have the skills to back it up.”—FREAK SUGAR

“To say that Geof Darrow is unique is a bit of an understatement. I think he’s just plain brilliant.”—Mike Mignola 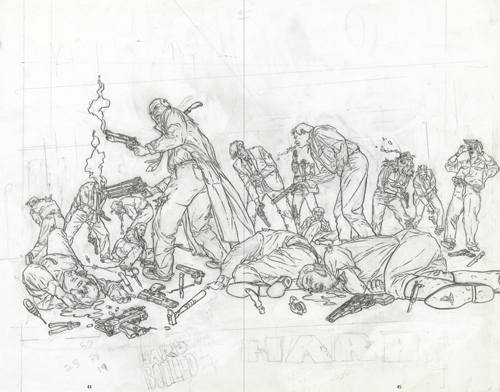