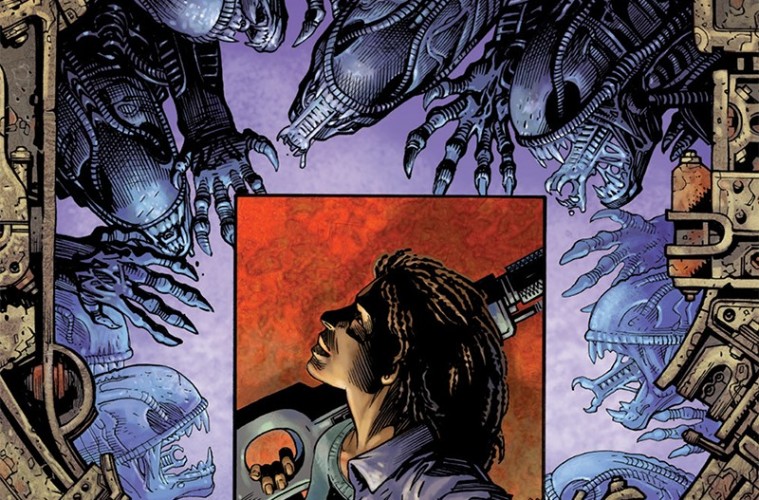 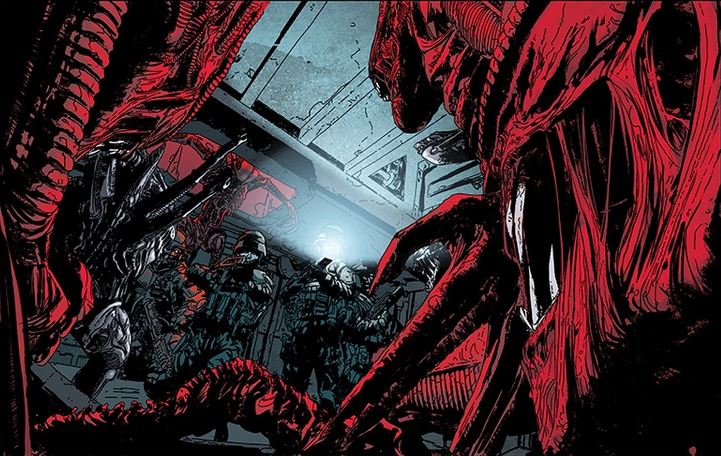 The Alien franchise is an old, tired beast. A beautiful beast, no doubt. It is completely unique in the sci-fi/horror landscape, and, I believe, still has some great stories to tell (hopefully soon in Ridley Scott’s upcoming Alien: Covenant).

This month, Twentieth Century Fox is beginning what will presumably be a yearly tradition of “Alien Day” to celebrate the series, and hopefully stir fan anticipation up for it’s future. Part of this marketing push is Aliens: Defiance, a comic series that ties into previously released titles such as Aliens: Fire and Stone and Alien: Isolation. 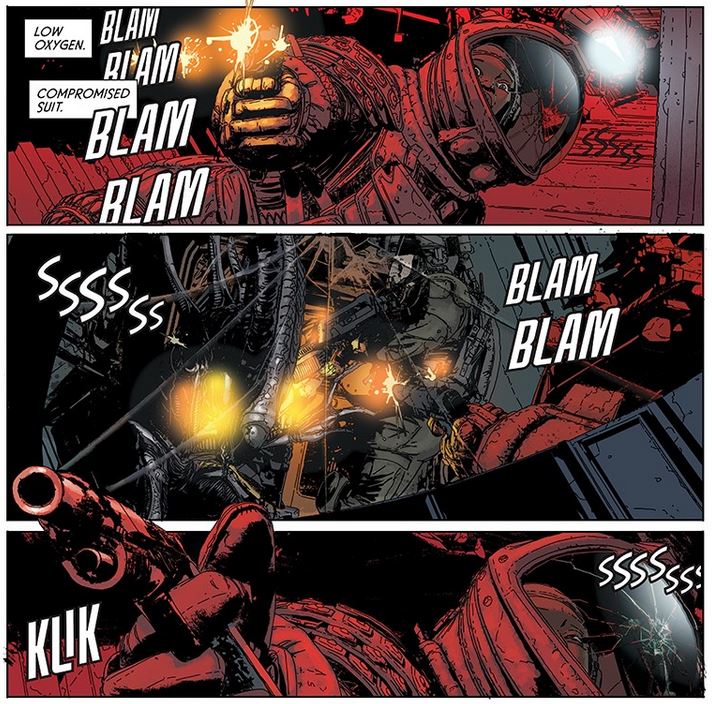 So what does Defiance uniquely have to offer to the Alien legacy? So far… Nothing much.

Now this is only the first issue, so whatever new material this comic line has to offer may be hidden in forthcoming issues. But this first taste of Defiance offers a lot of familiarity, and not a whole lot else.

The story follows a colonial marine by the name of Zula in the employ of the nefarious Weyland-Yutani corporation. The Weyland Corp is up to it’s usual, in this case overly familiar schemes, and Zula finds herself trapped in the middle of yet another plot to capture a member of the Xenomorph species for the purpose of weaponization. 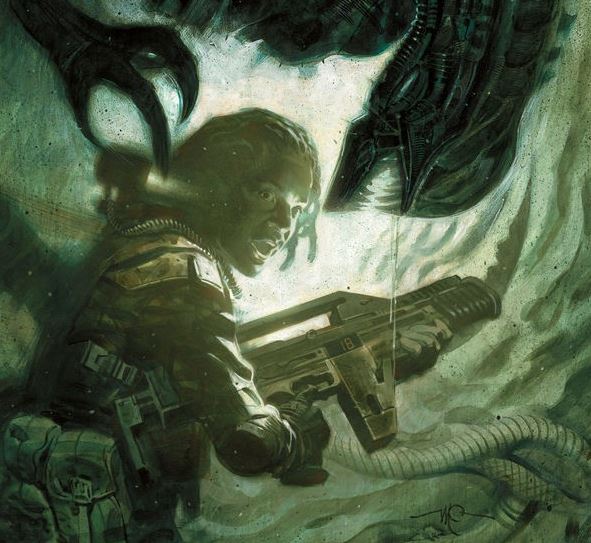 Defiance jumps a few beats ahead of the usual Alien story. After only one action beat, the Weyland-Yutani plot to capture a Xenomorph specimen is apparent to everybody, leaving the door open for what will presumably be some sort of rebellion/uprising story arc. While it is potentially interesting to see the typical Alien story pushed a few steps further, the starting point still feels trapped by rote imagery and story beats.

Not every Alien story needs to be about space marines. Aliens is a great film, the most crowd-pleasing of the franchise, so it’s understandable why artists would heavily borrow elements from it for their own work. But after a point, enough is enough. We’ve had countless comics, novels and video games revolving around squads of battle-hardened intergalactic soldiers finding themselves in the midst of an xenomorph and having to fight their way out. It’s been done, it’s been done to death. And it feels done to death from the very opening pages of Defiance. 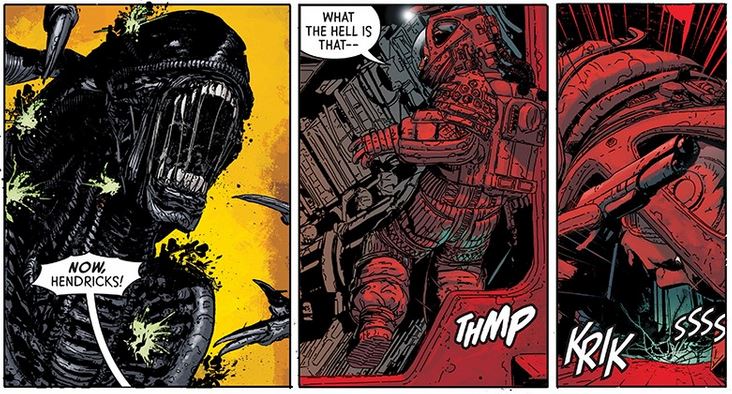 Fox and Dark Horse would do better to learn from the Alien franchise on the whole, in order to find fresh stories to tell. One of the greatest strengths of the Alien movies is how diverse their settings and characters are. Blue-collar workers, marines, prisoners-turned-monks, pirates and scientists. Each film took the same titular monster, but changed the context around it, exploring different sorts of people from all different corners of this futuristic society. The xenomorphs of the screen have acted as a mirror to their surrounding cast members, exposing how different they are, and sometimes, how similar.

The franchise’s representation in games, comics and novels, on the other hand, has been tiresome and one-note. And Defiance, unfortunately, has not yet found another fresh note to play. Will this series evolve beyond into unexplored territory? Maybe, maybe not. We should have a stronger idea by the end of the second issue. But so far, there’s few signs to suggest that what we’re getting here from Dark Horse is anything more than the same militaristic Aliens fare we’ve been getting for the past three decades now.