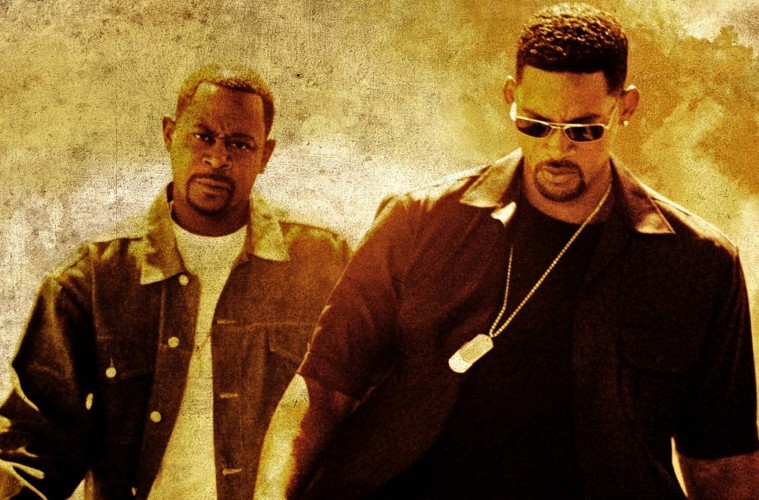 Continuing on our massive tribute to the 20 years of film making in the life of Michael Bay, we now come to his first sequel… The magnificent ‘Bad Boys II’.

Coming 8 years after the first ‘Bad Boys’ movie, this time Bay is armed with around 7 times the budget of the original movie. And every cent, once again, is on that screen. Returning with Bay are the original stars, Will Smith and Martin Lawrence, taking on their roles of detectives Mike Lowrey and Marcus Burnett once again. When a notorious drug dealer starts smuggling his drugs through a mortuary he owns, using recently deceased bodies, Mike and Marcus are tasked with the duty of hunting him down and stopping massive shipments of drugs leaving the United States. But when the danger hits close to their hearts, the two cops are pushed to the edge and bring total chaos to the streets of Miami in a massive war against the drug lord and his private army. Or to put it their way… “We ride together, we die together! Bad Boys for life!”.

Being Michael Bay’s first sequel, ‘Bad Boys II’ gives us a perfect look at exactly the kind of film maker he is. The difference between the first movie and this is incredible. With that far bigger budget, the action is taken to insane heights, the special effects are fantastic, and the stars are challenged with even more energetic performances, being seriously put through their paces. We could compare the original ‘Bad Boys’ to ‘The Rock’ or ‘Armageddon’, but that is just natural progression in a film maker’s career. To see the real growth, you need only watch the ‘Bad Boys’ movies back to back, and you can see how much Bayhem had really grown in 8 years. It’s very similar to ‘The Terminator’ and ‘Terminator 2: Judgment Day’, a massive leap in every aspect between both movies. But Bay stays true to the characters, letting them grow naturally, rather than force a bunch of changes upon them to make the viewer believe they’ve aged in the absent time. Mike remains egotistical, tough and ultra cool, while Marcus remains a loving family man with a bad attitude and a great sense of humor.

As it is a Michael Bay movie, the action is paramount to almost everything else. And some of his most awesome work is on display in ‘Bad Boys II’. While there are areas where he could have held back, in terms of script and gags, his letting loose on those big budget high octane action sequences is a gift from the Gods. From the absolutely wonderful freeway chase early on (Which is my personal highlight of the movie) to that incredible downhill chase through Cuba, Bay’s love for explosive and mind blowing action is in full effect, and delivers more excitement than 10 action movies from any other director in the genre. This movie was almost an ego project for Bay, a chance to show how much a studio’s faith had grown for him to deliver a hit blockbuster over the years. And with takings of well over a quarter of a billion dollars, he did just that. And while almost everything works perfectly in ‘Bad Boys II’, the action is the true star.

Will Smith and Martin Lawrence are of course wonderful again. Gabrielle Union, who plays Burnett’s sister (And Lowrey’s love interest) is fun and sexy. Joe Pantoliano returns again as the police captain with a bad temper, with some fantastic scenes, he’s even better this time around than he was in the first movie. Where ‘Bad Boys II’ falls down a little is the villain, Johnny Tapia (Jordi Molla), who just isn’t up to par. He isn’t written with any originality or sense of character, he’s just a run-of-the-mill goon who needs taking out. Tcheky Karyo was a terrific villain in the first movie. But with the kind of action and comedy ‘Bad Boys II’ delivers, a weak villain is easy to forgive. Some of the gags here are insanely hilarious.

One thing that I did miss, and feared it would hamper the entire movie, is a score from original ‘Bad Boys’ composer Mark Mancina. His score for the last movie was perfection. But although I would have liked to hear at least some of it return, Trevor Rabin totally delivered a heart pounding score, which fits ‘Bad Boys II’ perfectly. Those spectacular action scenes would suffer seriously without Rabin’s thumping score. The freeway chase and Cuba chase again come to mind. The soundtrack of songs through the movie is pretty stunning too, produced by P Diddy (Who also performs) and featuring artists such as The Notorious B.I.G., Mary J. Blige, Nelly, Snoop Dog, Justin Timberlake and Beyonce.

‘Bad Boys II’, to sum it up, is one of the best action movies we will ever see. No one directs a car chase or shootout like Michael Bay, and this movie is evidence of that. Spectacular, hilarious and joyful, this is a movie every action movie fan should own in their collection. Bring on Bad Boys III!

Next up will be a little change of pace in the history of Bayhem, the brilliant ‘The Island’ from 2005. Come back soon.