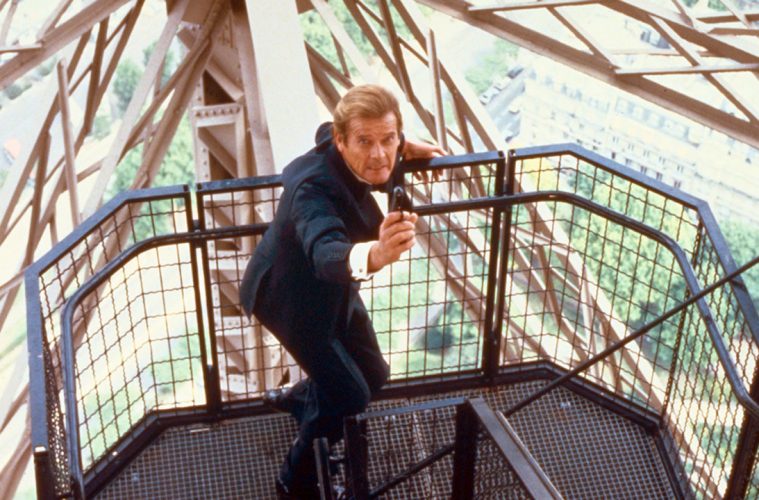 A week ago, we lost one of the greatest and most important movie stars of all time, Sir. Roger Moore. At 89 years of age, he’d delivered entertainment and fun the likes of which had never been matched by anyone before or after him. Known for classic TV shows ‘The Saint’ and ‘The Persuaders’, and for his long history of action movies, including ‘The Wild Geese’, ‘North Sea Hijack’, ‘Cannonball Run’, ‘The Sea Wolves’ and ‘North Sea Hijack’, he was perhaps best loved for his portrayal of James Bond – 007.

Starring in seven movies as Bond, Sir. Roger always delivered the finest performances as everyone’s favorite spy. His movies featured fantastic gadgets, the finest cars, incredible women and magnificent action scenes. Where other Bonds suffer from badly edited action (Sean Connery), even more badly edited action (George Lazenby) and overly Hollywood posed-for action sequences (Although Pierce Brosnan remains the second best Bond and his 007 adventures are jewels in the action genre crown), Sir. Roger’s Bond action always feels organic, even at its most insane. Not even Daniel Craig’s overly serious but just as posed-for action can really compare, all things being considered. There’s no slow-motion, there’s no shooting villains from a jet plane holding a machine gun sideways, and there’s no badly edited fights or stunts (For the most part at least), it’s just raw fantastic excitement, with Sir. Roger’s Bond shooting his way through hoard after hoard of killers and escaping death by land, sea and air, slowing down only long enough to bed a beautiful woman and throw out a few brilliant wisecracks to his dastardly victims. He never posed, he never compromised and he never failed to excite the many Bond fans around the world. And that’s why, even after years of my having believed Pierce Brosnan to be the best Bond, I realized a long time ago that there is only one perfect Bond, James Bond. And that is Sir. Roger Moore.

Going through Sir. Roger’s Bond movies, selecting the ten finest action scenes from the series is difficult. The seven movies feature everything from daring parachute jumps (And a table umbrella jump), to incredible feats of aerial awesomeness (Chasing after a killer mid-air for a parachute in ‘Moonraker’ has been copied many times, including for the Schwarzenegger blockbuster ‘Eraser’). And no Bond movie is complete without a spectacular car or boat chase (A brilliant gondola scene from ‘Moonraker’ bursts to mind). So to celebrate Sir. Roger Moore’s incomparable career as James Bond, we are counting down the ten greatest action scenes from his seven movies.

James Bond loves a boat chase. And Sir. Roger was behind the wheel of several, including this awesome scene from ‘Moonraker’, where he escapes from legendary Bond villain Jaws, with the help of a explosive speedboat.

Sir. Roger’s first outing as 007 needed to blow away the past competition. And it did. With countless action scenes. But most wonderful is this hilarious double decker bus chase.

‘A View To A Kill’ was Sir. Roger’s least favorite outing as James Bond. But it has always been my favorite. And this fantastic car chase through Paris is one of the many reasons why.

One of the greatest boat chases ever featured in a movie. Still as spectacular now as ever.

6. Bond & Pepper Hit The Streets – ‘The Man With The Golden Gun’

Clifton James sadly also passed away earlier this year. He was best known for his role of J.W. Pepper in both ‘Live And Let Die’ and ‘The Man With The Golden Gun’. A wonderful addition to the franchise.

When I was a kid, ‘A View To A Kill’ was the first Bond movie I’d seen. Many scenes always stayed me with through the years, and this incredible showdown atop the Golden Gate Bridge (in San Francisco) remains not only one of my favorite scenes from this movie, not even from the Bond series, but from any movie ever. I love a good final battle, and this is as good as it gets.

Again, we come to another spectacular scene from ‘A View To A Kill’. This time, the incredible firetruck chase through the streets of San Francisco, with the entire law enforcement on Bond’s tail. This is the movie that gave me my love of firetrucks. Sadly there is no decent quality video of this scene online, but this clip represents it good enough. ‘A View To A Kill’ was not popular with Sir. Roger or many Bond fans, but I’ve always been a huge fan, and enjoy this entry most from the great man’s Bond career.

Has there ever been a more iconic chase in the James Bond franchise? I don’t think so. This movie cemented Sir. Roger Moore into the role of 007, giving him many of his legendary one-liners, Bond girls and action scenes. This chase, involving the beloved Lotus has always remained at the top of Bond car chase lists since its release. It’s not hard to see why. Tragically, Sir. Roger has passed away as his most popular James Bond movie celebrates 40 years this year.

Perhaps the most lavish Bond movie ever made, ‘Octopussy’ boasts not only the most fun title of the series, but also the finest of everything that the Bond movies have to offer… Expensive jewels, magnificent women, and incredible action scenes that push the boundies of the action movie genre. Such as this glorious mid-air battle, which serves as the finale to the biggest Bond movie ever.

1. Radio-controlled Bond – ‘For Your Eyes Only’

Many will disagree with my choice for top spot, I have no doubt. But everytime I emark on watching the entire Bond movie collection, this is one of the scenes I look forward to most. Bloefeld (Although not referred to as such in the movie) pilots a helicopter by radio-control, in an attempt to give Bond a fireball death. But as everyone knows, Bloefeld always loses. And he loses with a massive drop here. Sir. Roger’s Bond movies are jam-packed with wonderful action and adventure, but this scene stands as my favorite action scene from all of his James Bond movies. It’s wonderful.

The passing of Sir. Roger Moore has been the saddest time for movie lovers in a long time. I personally still can’t believe he’s gone. But with his fantastic legacy of work he left behind, and his magnificent run of seven James Bond blockbusters, I don’t think he’ll ever be truly gone. Rest in peace, the finest gentleman in cinema.