REVIEW: ‘HELLBOUND’ – KNIGHT OF THE GROTESQUE

Dark Horse’s Hellbound (originally Highway to Hell in its Italian run) is targeted for those who like From Hell, True Detective, and Se7en. That’s a pretty apt place to begin, as the story is part detective procedural – at least at first – and part supernatural action/adventure. If I were to throw some other influences in the soup, I’d definitely single-out Buffy, The Vampire Slayer, Supernatural, hell, even Special FX artist Rob Bottin’s work from John Carpenter’s The Thing. There’s a gruesome pedigree Hellbound constantly references: the kind of Lovecraftian horror that fills one with dread, while reminding him/her that those most imaginative monsters are just beyond the edges of darkness. It’s not always what you do see, sometimes your imagination alone creates all the horror. 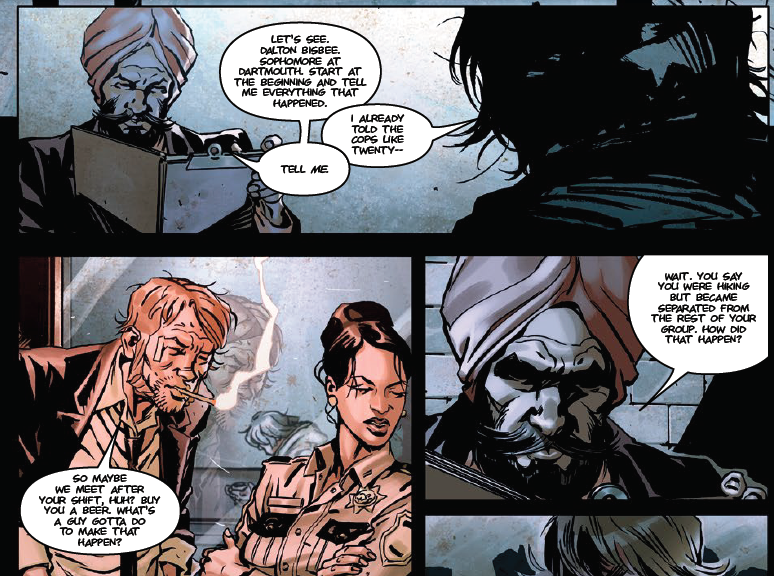 Victor Gischler (Angel & Faith) & Davide Dileo are the writers on this volume, along with Riccardo Burchielli (DMZ), Francesco Mattina and Luca Saponti on art. Ah, Italians! Culturally, it’s unmistakable that these creators are at home, hailing from a country renowned cinematically for giallo and tough-guy crime pictures, and historically as a mecca for every major art movement up to the 20th century. To dip your toe in the rich, blood-filled pool of Hellbound is like playing on both sides of the train tracks, being able to sample the ugly darkness and the beautiful macabre all at once.

To attempt to be spoiler-free, I won’t rehash too much of the plot here. I’ll simply say there’s some definite plot twists and left turns you might not typically expect from a detective yarn. A couple of FBI agents start working on a string of serial murders, but soon realize the modus operandi is a lot more complex than they thought. Enter a mysterious figure, a man in junkyard armor, decked out like an industrial music video version of a Knight of the Round Table. Are they enemies? Are they allies? All you can bet is those sharp corners on his suit of armor are going to run red before it’s all over.

Keep an open mind. I mean, you’ll need it, considering how sick and disgusting the horror splash pages can get. I personally love the balls Hellbound has. There is no censoring this kind of tale, and I appreciate the makers pushing everything past the limit. If you have a strong stomach and love a satisfying trip through good vs evil, you’ll really dig it! 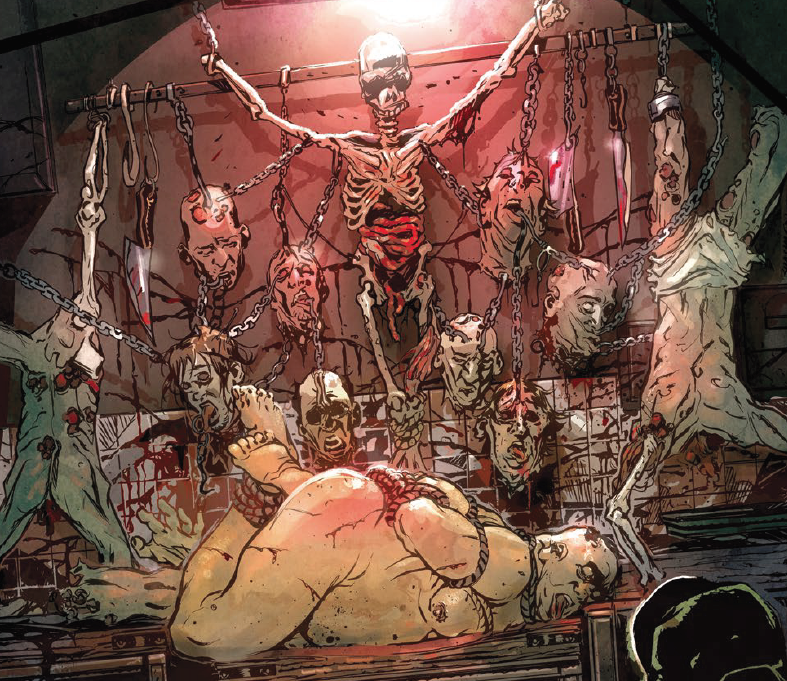 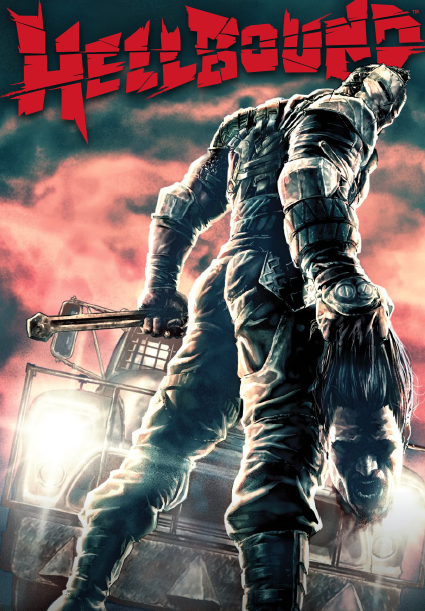 Hellbound is available on September 23rd.
Purchase HERE | Greg on Facebook |  Action A Go Go on Twitter and Instagram |Be sure to leave your thoughts in the comments section!