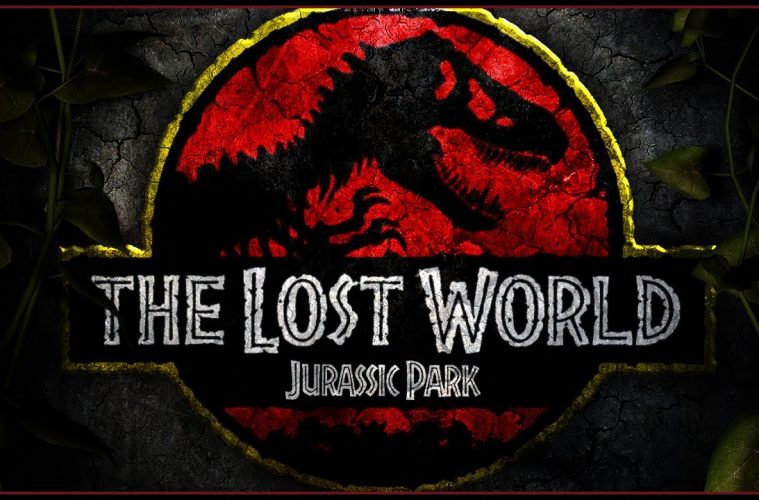 The Best Action Movies Of 1997 – ‘The Lost World: Jurassic Park’

Sequels are often hated by fans of the movie(s) that came before. For whatever reason, be it a story too different, a different cast and characters, or simply just a badly written movie. Sometimes fans can even disagree on sequels. Some may hate them, some may love them. There’s even sequels that went on to become far more beloved than the original. ‘Terminator 2: Judgment Day’ for example. But when the greatest filmmaker in the world makes a sequel to his previous smash hit movie, we expect big things. And to continue our look back at the greatest action movies of the epic year that was 1997, I come to what I personally consider not only the best movie of that year, but one of the best movies ever made… Steven Spielberg’s ‘The Lost World: Jurassic Park’.

In 1993, the greatest movie of all time, in the humble opinion of this writer, came to be. ‘Jurassic Park’, based on the bestselling novel by the late great Michael Crichton, was directed by the legendary Steven Spielberg, hot off the back of the wonderful and horribly underrated ‘Hook’. Telling the classic story of genetically cloned dinosaurs which break loose inside a theme park and slaughter the visitors, ‘Jurassic Park’ instantly became a roaring success, becoming the top grossing movie of all time. So naturally a sequel had to happen. So once again, Spielberg, backed by the greatest filmmaking team in the world, took on the task of bringing Michael Crichton’s next Dino thriller to the screen.

‘The Lost World: Jurassic Park’ centers around Jurassic Park’s Dr. Ian Malcolm, his daughter, Kelly (Vanessa Lee Chester) and his girlfriend, Dr. Sarah Harding (Julianne Moore), as they fight for survival at Site B on Isla Sorna, the secondary island used to engineer dinosaurs and house them until movement to Jurassic Park on Isla Nublar. Former billionaire, John Hammond (Sir. Richard Attenborough), has sent a team to Site B, including Sarah, in an attempt to protect the surviving dinosaurs and stop his greedy nephew from moving them to a new facility in San Diego, an original building ground for Jurassic Park. But as before, the prehistoric beasts are ready to unleash war upon the intruders, and Dr. Malcolm once again comes face to face with the deadly Tyrannosaurus Rex, as he and his family flee for their lives in a desperate chase across the island, all the way to the streets of San Diego, in a bloodthirsty showdown between man and Rex.

Where sequels can fail for me is the refusal to match or outdo the original. Be it an action movie, comedy, or horror, if it doesn’t have sequels bigger than it, those sequels have failed. After all, the point of a real sequel is not just to add, or even follow up as some people call it, but to be far bigger and do far more than the last movie did. And Steven Spielberg is one of the best filmmakers when it comes to that. With ‘Jurassic Park’, many have often complained of its slow and steady pace for the first 50 minutes, focusing on story and science rather than the good old thrills we came for. But where it has always won is the pace of the second half. The majority of the first half may be the talk, but the second half is the walk. Once those dinosaurs get loose, it’s constant thrills, with one major action almost leading to the next, with very little slow down in between. With a lot of action movies, the thrills are scattered throughout the movie, in an attempt to give us a fuller experience. But I’ve always been of the mind to get the chat out of the way, and then give me a second bombastic hour of full throttle action cinema. Many of my favorite movies do that… ‘The Rock’, ‘Con Air’ and ‘Live Free Or Die Hard’ as three examples, all deliver a second half that screams from one action scene to the next, without slowing down… And with ‘Jurassic Park’, it’s always been the same experience. You get some action, but most of the really big stuff is held back. Spielberg proves that with the Indiana Jones sequels, where he consantly tries to outdo the original. And he did it again with ‘The Lost World: Jurassic Park’.
While ‘Jurassic Park’ will always remain my favorite movie of all time, my love for ‘The Lost World: Jurassic Park’ has always almost been equal. Thanks to the same tone of Spielberg, an incredible amount of action, and a stellar cast of characters.

While I’d been disappointed first time around to not see Sam Neill and Laura Dern return, it was still fantastic to see Jeff Goldblum return as Dr. Ian Malcolm, the wonderful sardonic and hilarious chaotician who barely survived his first dinosaur encounter. Goldblum certainly has enough charm to carry a movie like this by himself. But with the addition of the fabulous Julianne Moore (Then known for the awesome sexy classic ‘Boogie Nights’, co-starring Mark Wahlberg) as Dr. Sarah Harding, the pair make the movie a whole heap of fun. It’s nice seeing Malcolm in a relationship, wheras in the first movie he expressed understandable lust for Laura Dern’s Dr. Ellie Satler. And with Vanessa Lee Chester also appearing as daughter Kelly, the family unit is something that was so popular that they return to it for ‘Jurassic Park III’ four years later, with a new family (And Sam returning as Dr. Alan Grant). ‘The Lost World: Jurassic Park’ works beautifully not just for the incredible action, but for the wonderful new set of characters, with Malcolm and the late great Sir Richard Attenborough returning as John Hammond. With a stellar supporting cast like Pete Postlethwaite, Arliss Howard, Peter Stormare and an early appearance from the wonderful Camilla Belle, there’s enough great characters to fill two movies, never mind one. A little trivia: Both Camilla Belle and Vanessa Lee Chester appeared alongside Liesel Matthews (‘Air Force One’) in the fantastic ‘A Little Princess’ two years earlier.

With ‘Jurassic Park’, as I mentioned, the movie’s major action scenes are combined into the second half of the movie. And the very same thing is true of ‘The Lost World: Jurassic Park’. First comes the setting up of characters, story and set pieces. Brilliantly written by David Koepp, the movie is very loosely based upon Michael Crichton’s novel. With almost a completely new story and action, Spielberg had his workload upped even more than on ‘Jurassic Park’. And while he delivers a smart and fun story alongside Koepp, where the movie really succeeds is the incredible action. Featuring one of the most action scenes ever filmed – A battle between a pair of T-Rexes and a giant mobile RV – , the game is set for some explosive and massively insane dinosaur thrills. Along with the RV smashup, we get a fantastic T-Rex chase through the jungles of the island, a stunning sequence featuring the awesome Velociraptors as they hunt the group through “the long grass”, and the greatest of all… The magnificent finale as the Rex escapes the cargo hold of a ship and wreaks bloody havoc through the streets and suburbs of San Diego. That sequence is especially magical, as we’d become used to the dino action being confined to the park of the first movie and mostly jungle through the second. So to finally see the king of beasts smash his way through late night traffic, eating innocent poeple up off the streets and even brutally attack a bus full of passengers, is something that very few movies could ever rival. Rarely have I loved a finale more than I do with ‘The Lost World: Jurassic Park’. And we can never forget the genius who made it all happen, the iconic Stan Winston, wo we dearly miss. The greatest special effects genius to have ever lived. And he once again teamed with the legendary Phil Tippet to bring the dinosaurs to life. Spielberg, Winston, Tippet, Kathleen Kennedy etc… The Hollywood dream team for bringing blockbuster magic to the silver screen.

As is always the case with a movie I love, music is very important to me. And there’s no finer composer in the world than John Williams. The man who has worked on most of Steven Spielberg’s movies came back for the second in the franchise, which would be his last of the dino pics to score. And he does a stellar job. Williams rarely tries to replicate the original movie’s music, instead opting for a whole new soundtrack. He even abandons the classic ‘Jurassic Park’ theme for most of the movie, including small pieces mixed through a whole new score. While ‘The Lost World: Jurassic Park’ doesn’t have a score to match the beauty of the first, it does clearly have a far superior action soundtrack. Pounding beats and frantic ques blend brilliantly with the movie’s major action. The finale especially benefits from the massive score, with the San Diego scenes full of power and excitement, with Williams clearly relishing the chance to compose music for a scene of this magnitude. The first movie has gorgeous melodies and breathtaking themes, but this movie absolutely wins the fight for action music. Williams always has a playfulness in the way he scores action movie, such as the Indiana Jones movies, and even Star Wars. But here it feels like he talkes it all so seriously. And thanks to that music, so do we. Take special note of the scene where Malcolm and Sarah finally get the Rex back into the cargo hold. I’ve personally never heard a more satisfying piece of music to the end of a John Williams action scene. It’s no wonder Spielberg goes to this great maestro time after time. And in 2002, Williams and Spielberg worked together on ‘Minority Report’, which actually features a very similar score to ‘The Lost World: Jurassic Park’.

1997 was a truly joyful year for movies. Trying as hard as I am, I honestly can’t think of a year which had so many movies that mean so much to me. Sadly, it was also a year when critics chose to be extremely harsh to many of those movies I hold dear. Including the movie I’m now reviewing. But when I started this retrospective, I had a plan set out to not only celebrate the best action movies of this amazing year, but to also defend the movies that were so unfairly treated. And on the next entry in our look back at 1997, I will review at great length the movie that came along that year, which recieved the most awful and horribly wrong judgments from the critics of the world. It’s actually the movie I consider to be the most underrated movie ever made. Critics got a long wrong that year, and 20 years later, some of those mistakes need to be set right. And one of those, the critical slamming given to ‘The Lost World: Jurassic Park’. A huge, clever, massively fun action movie that lives up to the first in almost every way, never cheats the viewer, and shows just how incredible an action director Steven Spielberg really is. 20 years has passed, but when you watch this movie, you would never guess it. Thank you, Mr. Spielberg, for giving me the love of movies I have today.