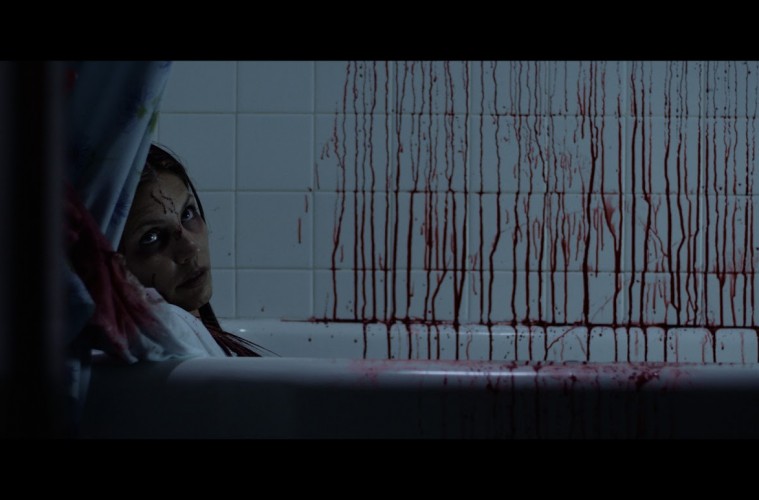 October is coming, and you know what that means. Ghouls and goblins and all sorts of monsters. Also, a bunch of movies that will help you question your sanity. GIRL IN WOODS is one such movie.

It’s a self described “passion project” for director Jeremy Benson who has made the films Shutter and Live Animals. He say’s:

“The idea of doing an origin story to what would be a slasher film interested me, and being able to wrap that inside of a psychological thriller seemed to add a level of storytelling that, as a horror fan, I felt would be welcomed.”

Yes, this sounds like a lot of fun. And the cast is pretty stellar. It’s got Juliet Reeves (Zombies, Zombies, Zombies!), Charisma Carpenter (“Buffy the Vampire Slayer”, The Expendables), Jeremy London (Mallrats) and Lee Perkins (Foxcatcher) and John Still (Hustle and Flow).

The plot synopsis is below as well as the trailer. Check it out, and if you are planning to go to any film festivals (especially horror) keep an eye out as it is set to hit the circuit soon.

The death of her fiancé (London) leaves Grace (Reeves) abandoned in a harsh mountain wilderness. Struggling against the elements and fighting off starvation, the fragile shell of her sanity begins to crack. Soon her struggle worsens when she notices a dark figure stalking her, watching her every step. Through memories of her mother (Carpenter) and father (Perkins), Grace finds a long-forgotten truth about herself. It is this secret, long hidden away, that will either lead her to safety or down a path of horror beyond anything she could comprehend.

Source: YIELD ENTERTAINMENT| Action A Go Go on Twitter and Instagram | Be sure to leave your thoughts in the comments section!