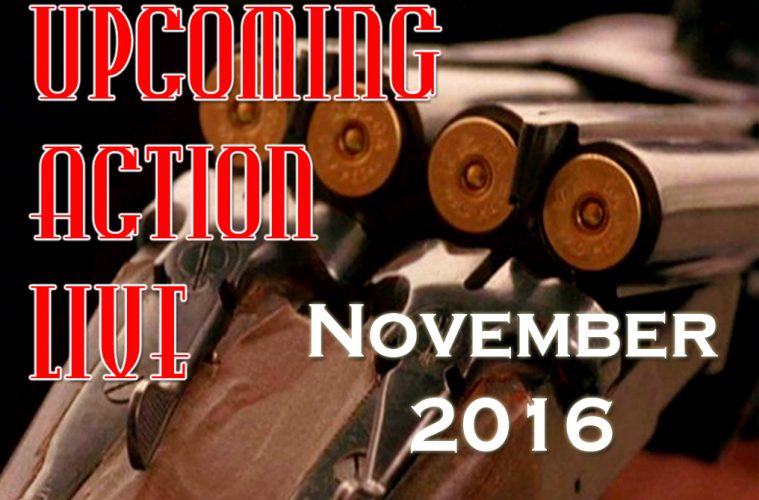 Yes, we’re back to barrel through another revolver’s worth of movies. This time I was joined by John, aka ShakkaPanda, a fellow contributor here at AAGG and action enthusiast.

We also covered the erection inducing Officer Downe, a hard R adaptation of a graphic novel about an undead cop who fights gun running nuns in a futuristic L.A., or in other words, Robocop on LSD.

Final thoughts? We recorded this on the 7th so ignore our beseechings that you get out to vote because it is far too late now. Also, John Travolta appears to be in competition with Mark Wahlberg for the most blue-collar, working class hero role of the year. That’s about it.

UPCOMING ACTION !LIVE! is a monthly, anything goes, live stream hosted by me on my youtube channel, ActionRation (www.youtube.com/actionration). For details on our next event, follow me on Twitter @actionration.