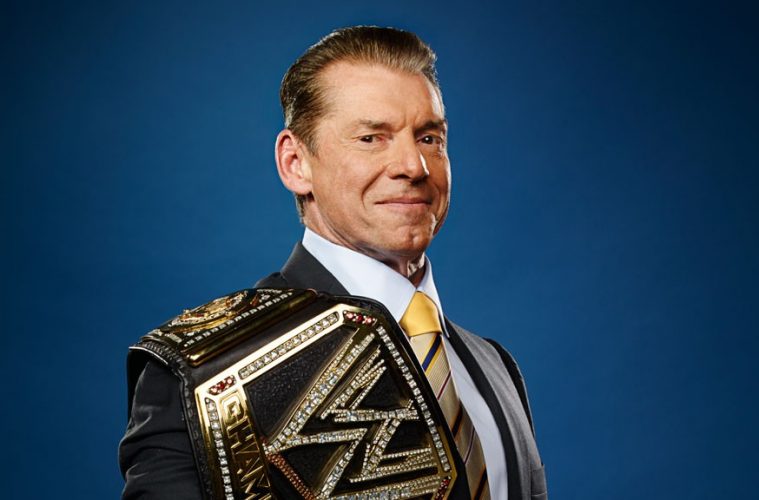 AND, ACTION!: 7 CONTROVERSIES THAT WILL NEVER MAKE THE VINCE MCMAHON BIOPIC

This Vince McMahon biopic that is in the works is going to be a hot mess.

Yes, there will be lies. There will be a ton of half-truths, re-tellings, fuzzy memories, “I cannot recalls” and exclusions.

Vince will probably be given such a great look in this movie that whoever ends up taking the role will definitely lock in that Oscar if they can capture the aura, the very essence of Vince McMahon, whatever psychoses, trauma, triumphs, hallucinations and bad drug trips that make him tick.

Hell, they’re a lock if they can get the walk down. 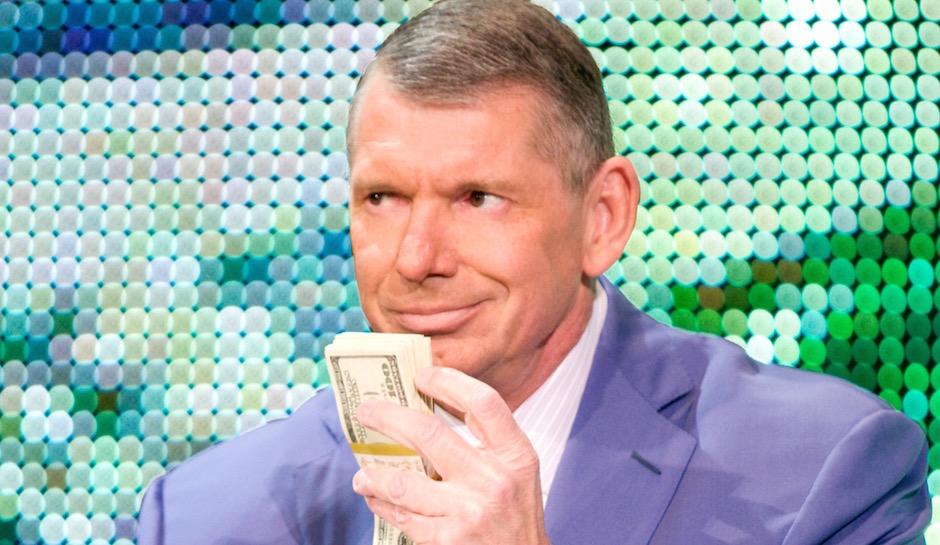 The fact that Vince has managed to outlive many of his greatest and not so great stars is a testament to either Vince’s own money, ambition and fortitude or God having a sick sense of humor. Because of the fact that he is the last man standing in a lot of stories, we’re not going to hear both sides.

In celebration of the recent announcements about the upcoming Vince McMahon biopic Pandemonium, a film currently tied to the duo behind I Love You Philip Morris and Focus, Glenn Ficarra and John Requa, here are a couple of incidents in Vince’s life that will be colorfully retold or omitted. 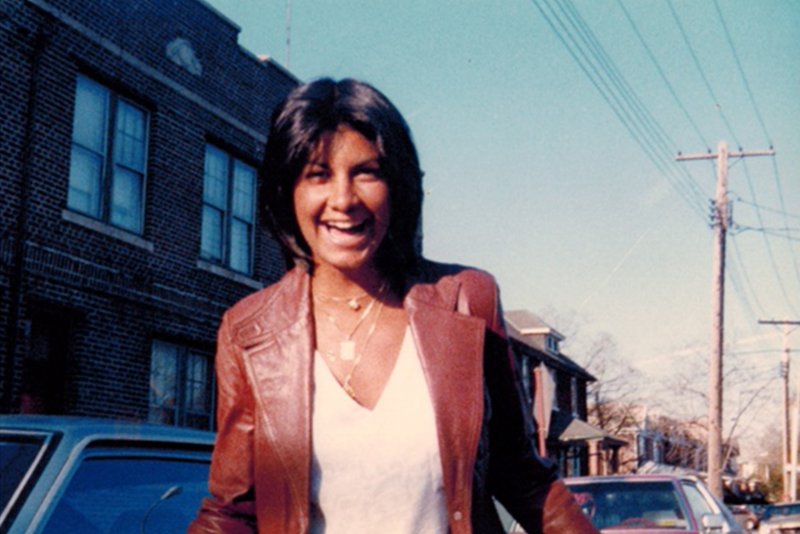 “Superfly” departed this world back in January on the tail end of the renewed interest in his role in the death of his then girlfriend Nancy Argentino back in 1983. There were some inconsistencies within his claims that Nancy hit her head against something that night, including the signs of physical abuse. The case regained new interest in 2013 when the DA of Leigh County, Pennsylvania, where the incident occurred, decided to review the still open case.

What does Vince McMahon have to do with this? In some wrestling fan circles (and maybe even some wrestling and pop culture circles), it is believed that Vince helped Snuka if not downright cover up the murder, at least helped him avoid a trial and prison time. With Vince being old himself, but still breathing, this matter may not ever be fully explored, because why would Vince incriminate himself? At best this will be one of the half truths told in the movie, at worst, it will be completely avoided. 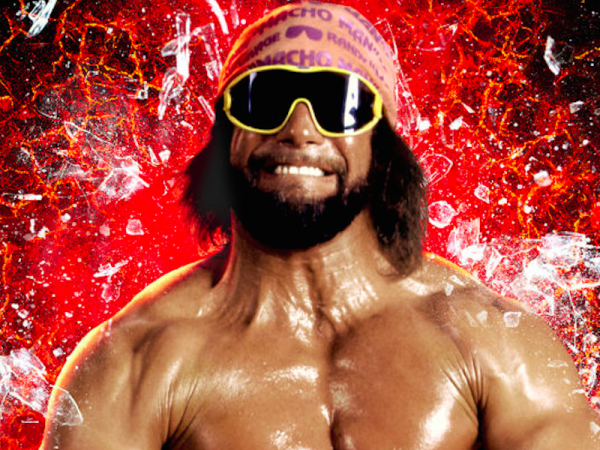 Although this has been one kinda sorta maybe rebuked, there is still a sizable chunk of the wrestling community that believes that the reason for Randy Savage and Vince’s falling out was not because Vince was trying to put Macho out to pasture via the commentary booth, or money, or both, but because Macho committed that statutory on Stephanie, Vince’s daughter, when she was 13.

The fact that this is out there is quite disgusting, then again, just like finding out that your favorite is a Trump supporting future Maury guest, finding out that another one of your favorites could be a child molester would unsettle anyone. Of course, Vince would never openly admit that one of his employees unleashed his madness on his underage daughter. 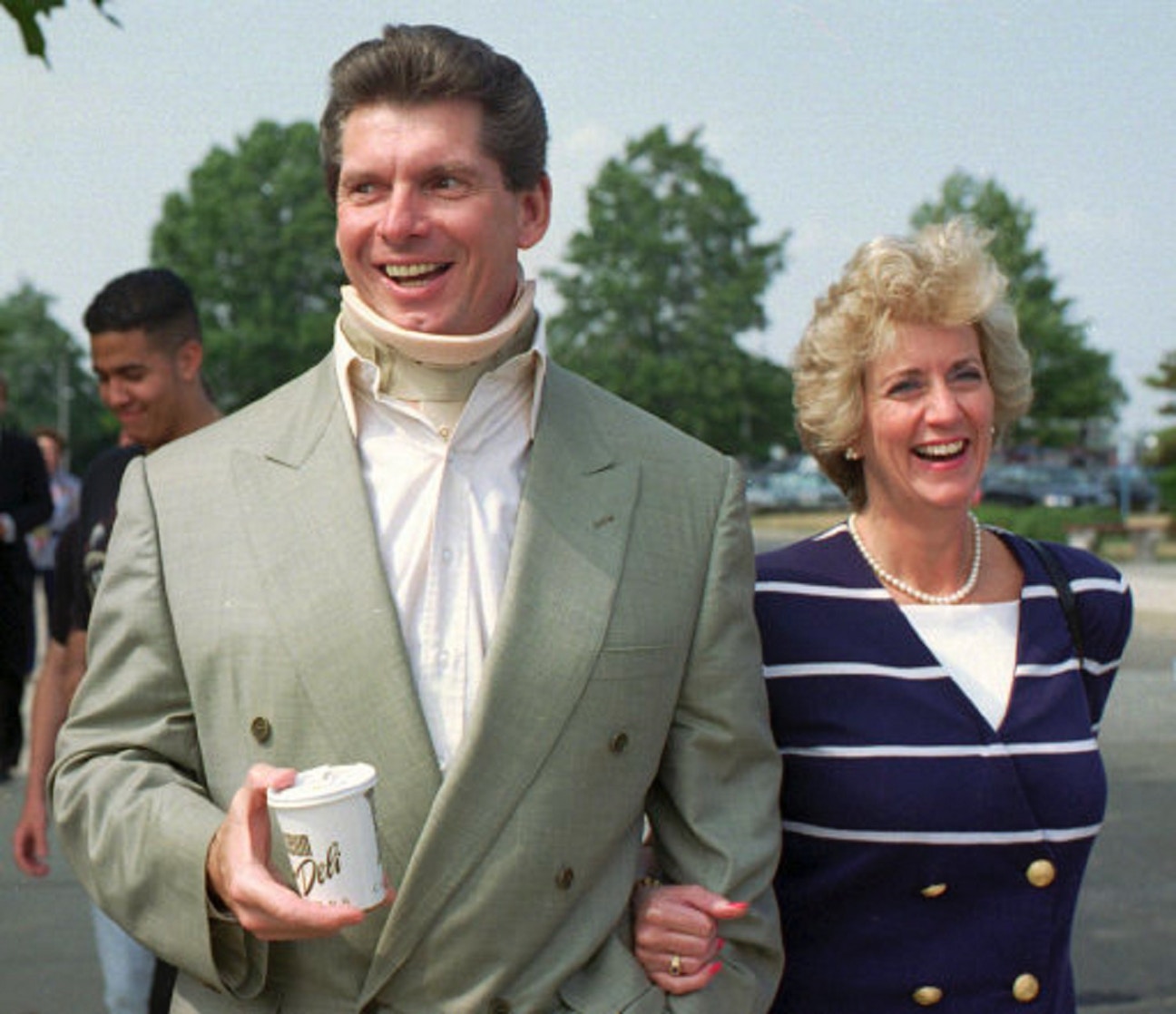 To document the steroid trial in all its glory could probably be a film in and of itself. However, this is a film about Vince, so instead of the steroid fueled locker room that we all imagine the then WWF to be back in the 1980s, we’re going to possibly get a few bad apples breaking the “rules”, them treading around Hulk Hogan’s involvement in the matter because they’re trying to kiss and make up, and a huge majority of the films half-truths, such as Hogan taking synthetic hormones for a shoulder, or Vince only trying steroids once. No, we will instead get Vince as the victim of slander, the doctor who supplied the meds labeled a quack and the deceased Rowdy Roddy Piper posthumously thrown under the bus. Again. 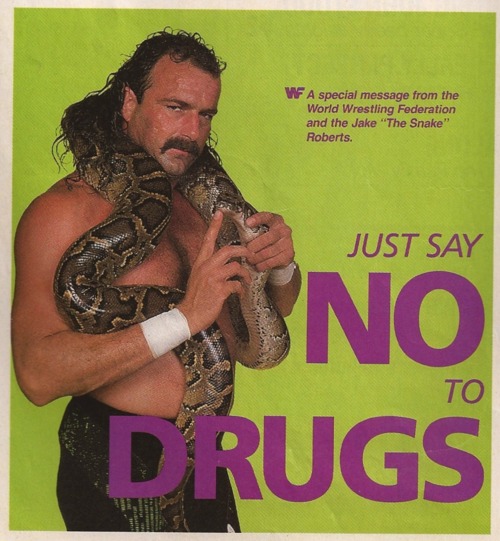 Speaking of steroid fueled locker rooms, other substances fueled the WWE’s rise from regional wrestling promotion to worldwide carney phenomenon. Pain pills,booze, and cocaine flowed freely among the talent, ushering in the era of the most colorful characters ever to perform in the squared circle. How involved was the Genetic Jackhammer in the exploits of his employees? Did he partake himself? If the subject of other illegal substances is even broached, Vince won’t be seen near the stuff. 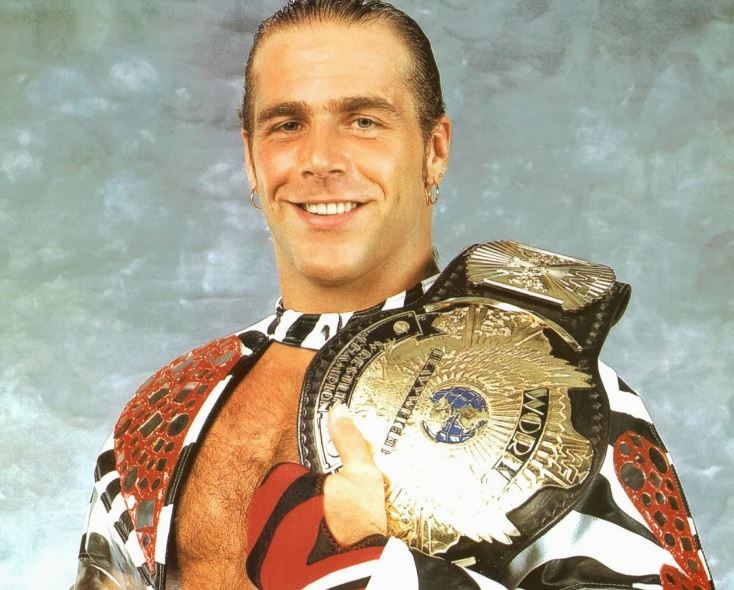 What inspired that gimmick? The world may never know. 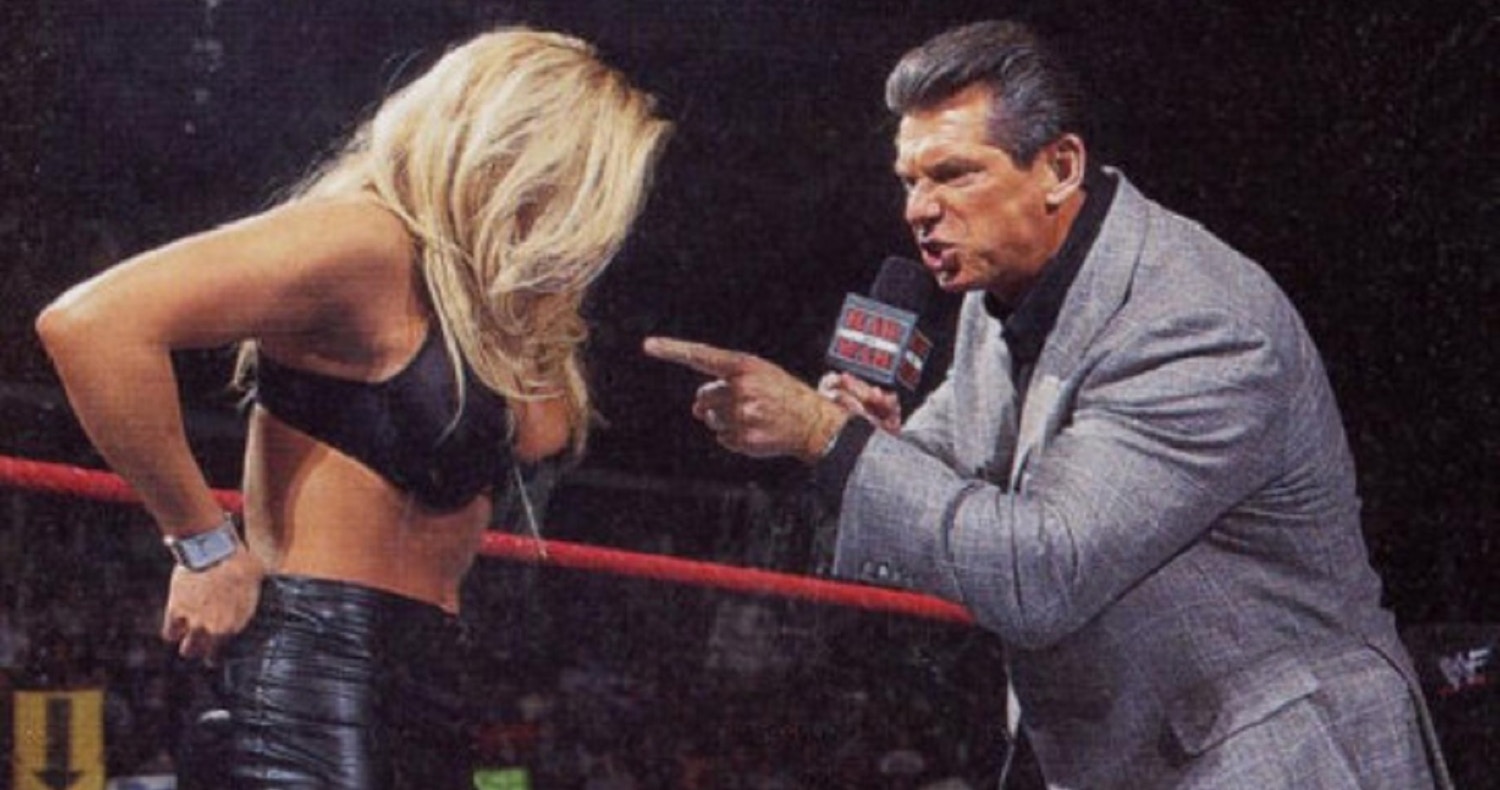 With the bevy of beautiful women that have come and gone in the annals of WWE history, how many of them did Vince have fun with? We’ve heard (and even witnessed) the intimate exploits of Superstars past and present, but the Chairman’s, save for his various storyline extra-marital romances, have largely been kept in the shadows, and will probably remain that way. With the company’s recent push towards being a show for the whole family, this will probably be skimmed over, if not ignored. 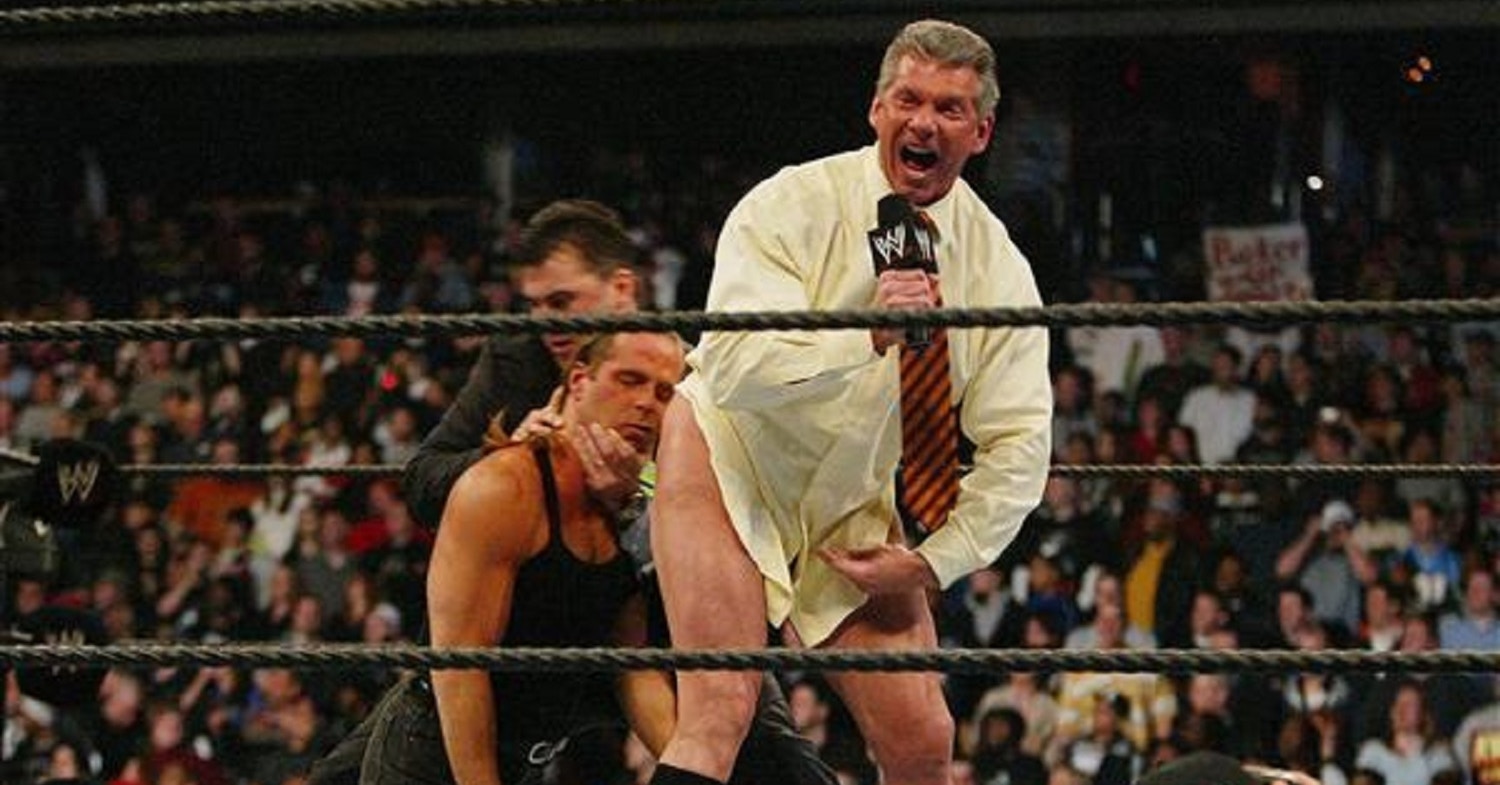 Vince likes to classify his employees as independent contractors in order to avoid being held liable for giving them health insurance and for any harm that may befall them while performing as a professional wrestler. Sports entertainer. Whatever. Will the film address that subject?

Either way, Vince’s 71 years on this planet cannot be explained in a two-hour film. The man would need a mini-series just to even scratch the surface of the world that he has built around him and the legacy he’ll leave behind. And sure, this article may be me being cautiously cynical, however, if given the touch and care that biopics of other famous people of equal or greater importance have gotten for lesser feats, then this movie will either be an awards season spectacular or a campy cult classic. Pandemonium is currently in pre-production with no release date yet.