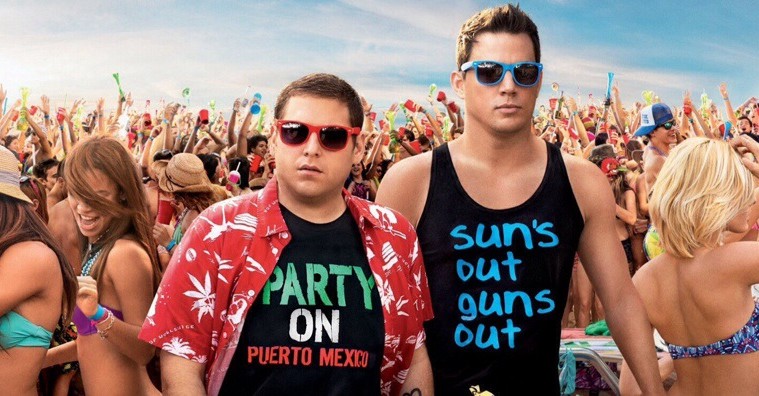 VIEWFINDER: A Review of “22 Jump Street”

And really, why shouldn’t a comedy reboot of the 80’s television crime drama 21 Jump Street work? That’s the question Lord and Miller answered in the 2012 21 Jump Street with the answer: no reason at all. Lord and Miller are building a career making film that, by conventional logic, shouldn’t be any good. It’s an unusual skill they apparently have; to fully embrace whatever concept they’re given, draw out the elements they like, and make a great film out of it.

Whatever reservations were had about the first film applied two-fold for the sequel. It’s a good thing that 22 Jump Street is almost twice as good to compensate.

22 Jump Street is a rapid-fire comedy buffet. Jokes are swung so fast and so consistently that the best ones will have the audience laughing over other good jokes, and the dud jokes will be forgotten almost instantaneously. There’s a seemingly endless overflow of material, which is largely a testament to the considerable talent of the cast. Channing Tatum, Jonah Hill and Ice Cube all bring their A-game to 22, leaving no comedic stone unturned in the film. The directors and their cast mine every moment for every possible comedic possibility, no matter how seemingly mundane the scenario. One particular scene, the “awkward dinner with girlfriend’s parents”, a scenario that has been milked far beyond an inch of its life by sitcoms and rom-coms alike, somehow still manages to elicit laugh after laugh after laugh.

The brilliance of 22 Jump Street lies in it’s perfectly measured use of metatextuality. It’s a sequel about sequels and the expectation and/or disappointment that comes with them. As with the first film, the dialogue is aggressively meta, but this time around the metatext is also ingrained into the plot itself. How do you recapture unlikely magic not one, but two times? This applies to the film itself as well as the relationship between Schmidt (Hill) and Jenko (Tatum). Though the film is never concerned with anything of dramatic substance, Lord and Miller continually go out of their way to make clear that they are cognizant of the challenges of making a film like this and of the audience’s wariness toward it. Any cutting observation there is to be made, Lord and Miller will beat their critics to the punch with it. It’s a movie that enthusiastically invites the audience to be on it’s team from square one, saying “we know what you think, but if you’ll bear with us a moment we’ve got something you’ll really like to see.” It outpaces the audience and preempts it, but always in a manner that looks to charm rather than aggravate.

The race for the title of “greatest comedy sequel ever made” is not exactly a thriller of a competition. That being said, it’s no light statement to say that 22 Jump Street is very possibly the greatest one ever made. It outpaces it’s predecessor with flying colors and firmly establishes itself as the funniest film to hit theaters this year (and I would be shocked if it were to get surpassed in that regard). Lord and Miller have firmly established themselves all-time comedy greats, and exclusively in the humor department, 22 Jump Street is their greatest success.

FIVE out of FIVE Arnold’s