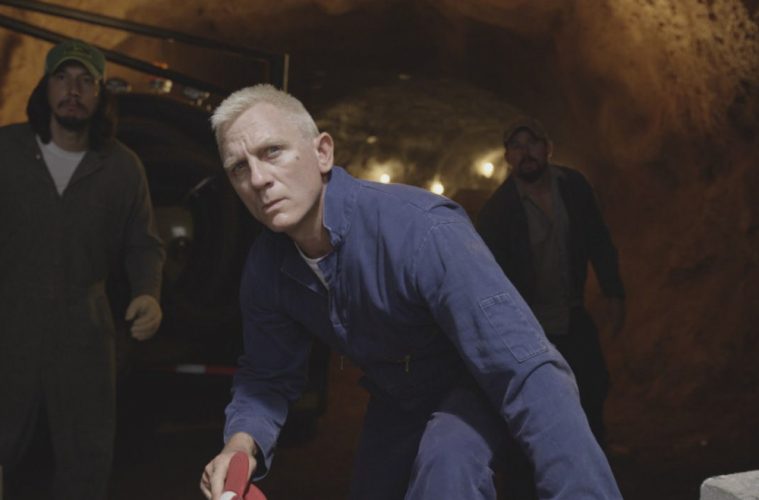 Not that long ago, I remember watching Daniel Craig’s first (and, to my memory, ONLY) Saturday Night Live appearance. He did maybe 1 or 2 sketches, an intro, and little else.

And for good reason. Maybe it’s his tougher than granite demeanor or his natural death stare, but James Bond actor Daniel Craig is hard to swallow as a comedian. As a matter of fact, I’ll present exhibit A to support that statement.

Now, I’m sure he’s hilarious at cocktail parties, but I never thought the day would come when I’d look forward to Craig’s comedic turn on screen. After seeing the following trailer for Steven Soderbergh’s LOGAN LUCKY, I stand corrected…