There’s a certain irony in one of the tentative casting choices for the upcoming “X-Men” spin-off film “Gambit”. The title character is known for his long brown trenchcoat, playing cards he habitually carries on his person, and his New Orleans-Creole upbringing. As a result of the last characteristic, Gambit can speak Cajun French fluently.

French actress Lea Seydoux has been offered the role to play Gambit’s wife, Bella Donna Boudreaux. I don’t know much about this actress, apart from the fact that she’ll be appearing in the James Bond film “Spectre” scheduled for release this November. But from the looks of her, if she accepts the part, it’s largely indicative that her inclusion meets the criteria of “sex sells”. 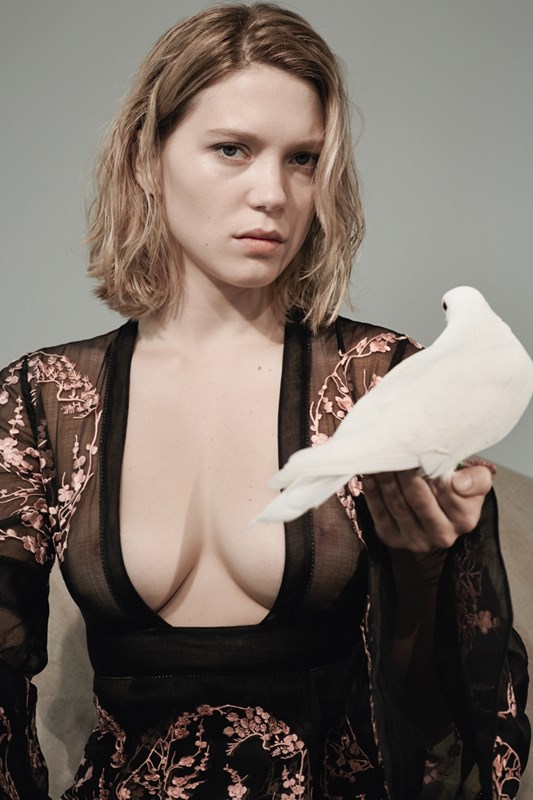 This image is almost biblical.

A brief run-down on her potential character: Bella Donna is Gambit’s childhood sweetheart, but were raised in rival tribes, so to speak. Her in the Guild of Assassins, Gambit in the Guild of Thieves. Upon adulthood, they married to bring peace to their guilds. But Bella Donna’s brother, Julien, was not in favor of the union. He and Gambit had a duel which resulted in Gambit killing him, and thus being exiled from the guilds. Bella Donna eventually gains super-powers (energy and astral projection) and comes after her husband with the vengeance of a woman scorned. 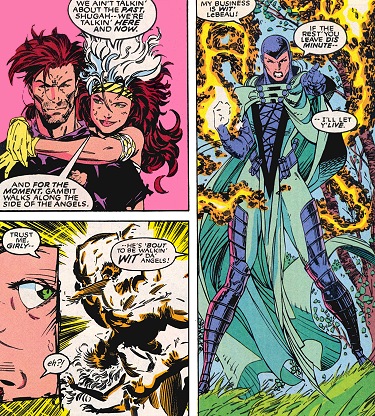 Bella Donna on the right, ready to kill.

Some may remember this angle adapted in FOX’s “X-Men: The Animated Series” in the early ’90s. I’m curious to see what else will occur with this film, but I’m not feeling the casting. Channing Tatum as the title character also meets the criteria of “sex sells”. And while the character is a ladies’ man, he was better portrayed on film by Taylor Kitsch. Similarly, Rachel McAdams should play Bella Donna. Their recent turns on season two of “True Detective” makes me believe them both to be better fits.

Honestly, this needs to be done by Marvel Studios in order to be done right. After the colossal failure of “Fantastic Four”, it was like FOX was begging Marvel to buy that property back (albeit at a whopping loss for FOX, of course). “X-Men” and it’s spin-offs need to be placed in the right hands before they get bastardized as well.