Jurassic World (2015): I couldn’t enjoy the film as much as I’d have liked to because the person with whom I went to see it with kept saying, “Look at that White girl runnin’ around in the jungle wearin’ high-heels! I cain’t believe this!”

Spider-Man 3 (2007): While the film did suck, what made it worse was being in a jam-packed theater filled with teens and pre-teens who thought every single scene was a laugh-out-loud riot.

Charlie & The Chocolate Factory (2005): Neither I nor my date had ever seen the film. But when we did, she kept asking me questions like, “What does he mean?”; “What’s he going to do next?”; “Why is their music playing?”. If you want spoilers, then look on Wikipedia! 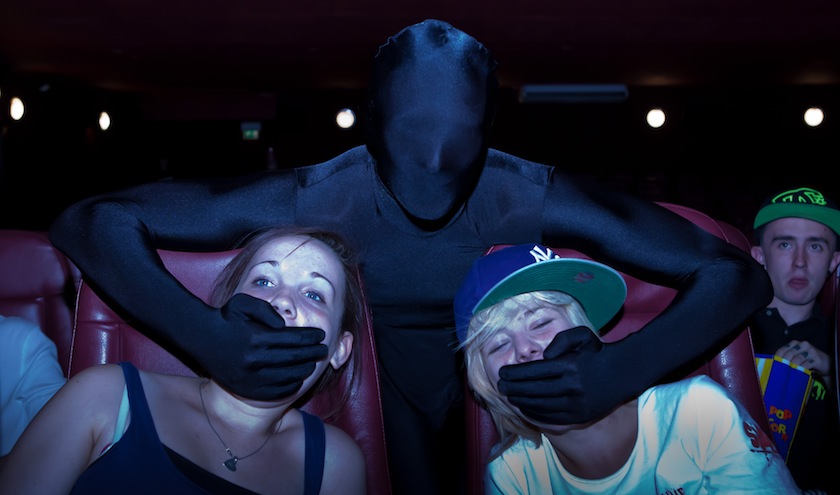 Those are all personal examples of improper movie etiquette. We’ve all experienced when it before. When we go to the movies and there’s sometimes that one person or group in there who lack impulse control. It makes me annoyed, irritated and angry that my movie-going pleasure is being ruined by the inabilities or inconvenient behavior of others. Their actions during the viewing are both inconsiderate and irrational. Thankfully, Mr. Sunday Movies shares my gripes and comprised five guidelines for the movie etiquette-impaired. The first and foremost being SHUT UP!!