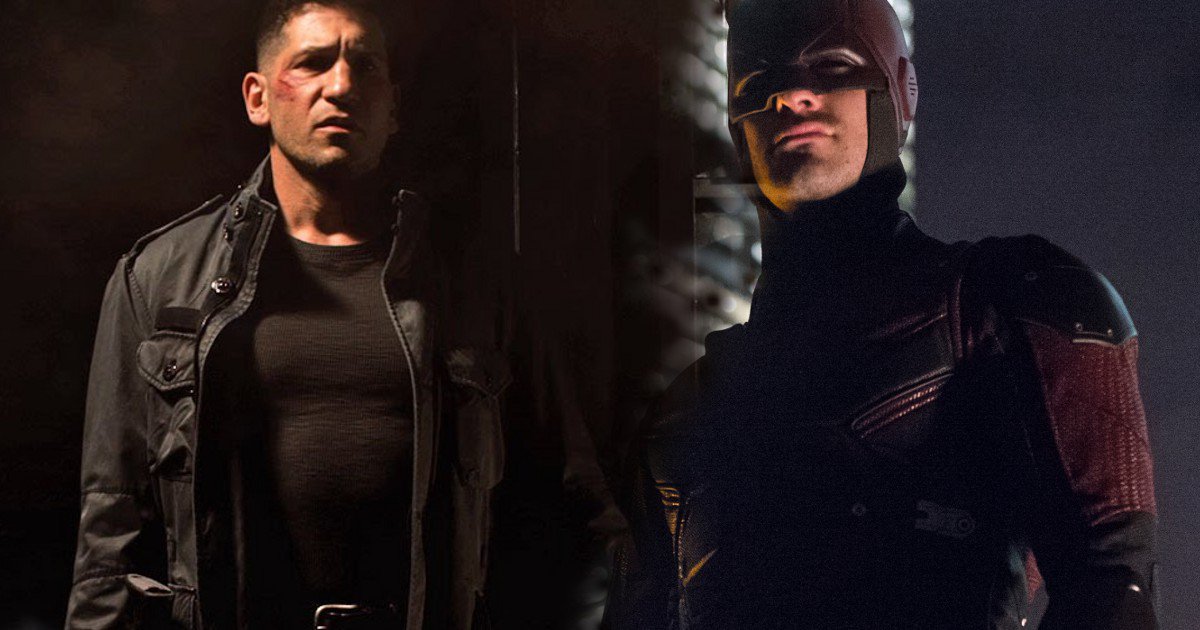 GREAT MOMENTS IN ACTION HISTORY: “SEE YA AROUND, RED.”

Season two of the Netflix series Marvel’s Daredevil aired earlier this year and was met with more acclaim than anticipated. A big reason for its success was Jon Bernthal’s show-stealing performance as the Punisher. He captured Castle’s anguish at losing his family and his compulsion to forcibly eliminate the criminal element. When juxtaposed with Charlie Cox’s Daredevil, it made for both riveting action and dialogue. The Punisher has no compunctions about killing and views Daredevil as soft. Daredevil follows a conventional code of justice and will not kill. He’s disgusted by the Punisher’s disregard for life, even if it is the life of a criminal. Though technically on the same side, both men are vigilantes taking different routes. Despite their opposition, they’re both actually quite similar:

1.) They’re skilled in both armed and unarmed combat.
2.) Traumatic events turned them into costumed vigilantes.
3.) Both were born and raised in New York City (Castle in Queens, Murdock in Hell’s Kitchen).
4.) Both are lapsed Catholics: Murdock’s Irish Catholic, Castle’s Roman Catholic.

I expected them to be enemies at least until season three. But then, in the season two finale aptly-titled “A Cold Day in Hell’s Kitchen”, I got something of a surprise. Actually, “surprise” doesn’t even suffice. It was more of a teary-eyed HELL YES!!! moment for this fanboy. Daredevil and Elektra are fighting Yakuza leader Nobu and the Hand on a Manhattan rooftop. Elektra sacrifices herself, leaving Daredevil all alone. The building is surrounded by police and Murdock takes on the remaining ninjas but is severely outnumbered. With his mask off and clearly fatigued, his assistance comes from the Punisher and a sniper rifle three roofs away. 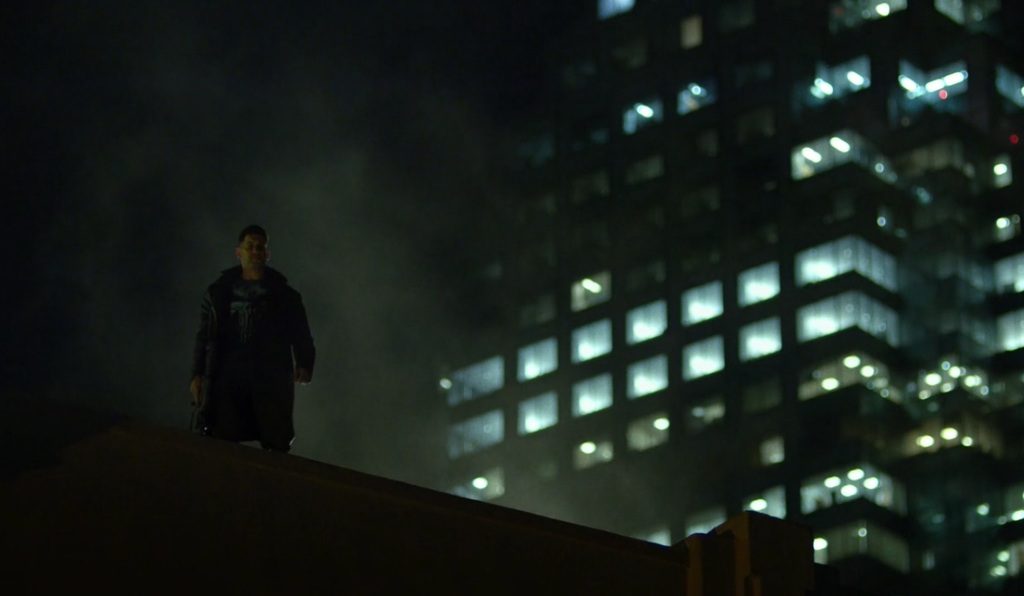 He takes out the remaining ninjas with headshots, and lets Daredevil get at Nobu. After Nobu is neutralized, Castle looks at Murdock from afar and simply says in his gravely voice, “See ya around, Red” before leaving. One interesting detail the writers added is that Murdock (with his enhanced senses) heard Castle from that distance and nodded at him. The action in the scene is awesome, but the Punisher having Daredevil’s back was even cooler. At this point, Castle is the Punisher when you see he’s got the white skull painted on his vest. And lastly…it showed a subtle grudging respect between both men that anyone who’s ever read old back issues where both characters interact will instantly identify. Check the video out below and let the nerdgasms commence.