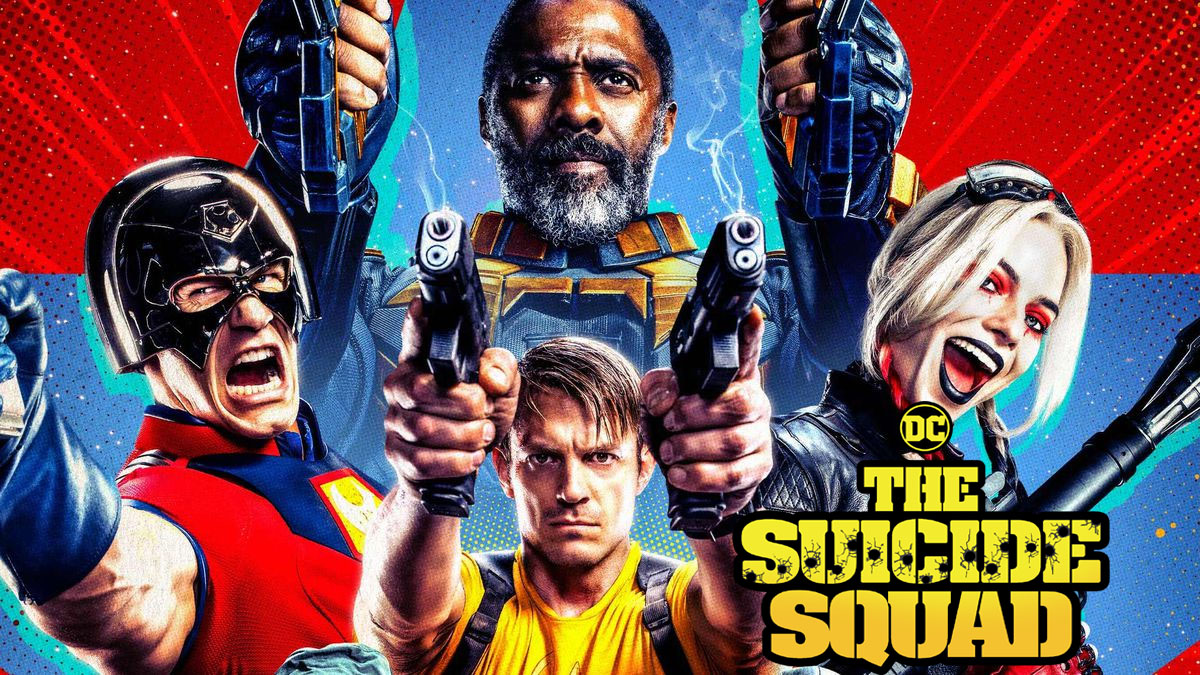 First off, let me just say that I’m a Marvel guy. I’ve been a Marvel guy since I was in elementary school. I’m such a huge fan of the comic books and the Marvel Cinematic Universe that I have the logos of rival comic publishers taped to my dart board (I’m kidding). But, as much of a Marvel guy as I am, even I can give other publishers credit where credit is due. That said, the recent release of the DC Comics-based film The Suicide Squad gave their inconsistent film universe a big push. The previous film, Suicide Squad, was released in 2016 and had so much potential that was left squandered by the start of that film’s second half. DC Films having Guardians of the Galaxy’s James Gunn in the director’s chair for the sequel was analogous to the so-called “Monday Night Wars” of wrestling promotions in the mid-1990’s, whereby World Championship Wrestling finally gained a critical and commercial edge over their rival, the then-World Wrestling Federation, by drawing talent away from the latter. It worked because the sequel makes me forget about its predecessor in major way.

PLOT: The film begins with Amanda Waller (Viola Davis) recruiting more metahuman criminals for black-ops missions in exchange for early parole or reduced prison sentences. The initial squad consists of Savant (Michael Rooker) Blackguard (Pete Davidson), T.D.K. (The Detachable Kid, portrayed by Nathan Fillion), Weasel (an anthropomorphic weasel played by Sean Gunn), Javelin (Fluja Borg), and Mayling Ng as Mongal. It becomes comically and fatally apparent early on that this group is the B-team as they are quickly slaughtered to make way for the A-Team, the titular Suicide Squad. With a roster comprised of über-assassin Bloodsport (Idris Elba), the over-the-top Peacemaker (John Cena), the rodent manipulating Ratcatcher (Daniela Melchior), Polka-Dot Man (David Dastmalchian), and Nanaue the Shark King (voiced by Sylvester Stallone), their mission was to infiltrate the South American nation of Corto Maltese, enter an area known as Jotunheim, and destroy “Project Starfish”, an illegal scientific endeavor which began post-World War II by Nazi refugees.

Along the way, the Squad allies with rebel factions seeking to overthrow the Corto Maltese dictatorship. One such faction is led by Sol Soria (played by Alice Braga), who reveals the appearance of the lost Captain Flag (reprised by Joel Kinnaman). He reveals that in addition to the mission, fellow Squad member Harley Quinn (reprised by Margot Robbie) has been captured by Corto Maltese armed forces and they have to rescue her as well. What ensues when the gang is all together is practically a montage of quippy dialogue, stylized violence, blood, guts, and gore.

MY TAKE: I gotta say…this was a vast improvement over the 2016 film and a roaring rampage of ultraviolent fun. After a string of disappointing movies from DC Films, they found success when they hired James Gunn as this movie’s writer and director. David Ayer was set to return as the director, but it’s fortunate that he didn’t. The first film started off good, but went to Hell by its second half. Plus, it was marred by excessive promotions that didn’t pay off, like Jared Leto’s Joker. James Gunn understands the source material, has a grasp of dark humor, and the need to not take things seriously. He wastes no time in doing so, as the first two minutes of the film begin with Savant in prison throwing a ball in multiple angles just to kill a hummingbird…all while Johnny Cash’s “Folsom Prison Blues” is playing in the background. The music’s so tongue-in-cheek, that I’m surprised that for the group shots, Gunn didn’t include this.

The dark humor continues when the first team is mostly killed off immediately, like a bait & switch. And the brutality of their deaths adds to the effect. Back in the office, their handlers have a dead pool on them, openly and eagerly betting money on which Suicide Squad member won’t come back from a mission. The film cuts to several flashback scenes, going back to as little as a few minutes to a few days prior, and are used for humorous effect. The stylized captions are utilized in the same manner, such as wordings spelled out in blood and the creative stylization of Jotunheim deserves mention.

Some viewers have characterized this film as apathetic, no substance, and lacking in seriousness. But the latter part is the point, for once: It’s not supposed to be serious, which is why, even for a DC film, it works. The cast are aware of this trope and have fun with it. Idris Elba’s Bloodsport is introduced in prison and is jailed for nearly killing Superman (with a Kryptonite bullet, at that). Even his profane exchange with his estranged daughter is sophomorically humorous. The overhead projector question was funny coming from a foreign millennial like Ratcatcher, more so because it was posed to Waller. Viola Davis’s Amanda Waller is almost the ultimate comedic straightwoman, hilariously serious, but will break down emotionally if things start to go downhill. The Polka-Dot Man being a repressed homosexual with mommy issues (he perceives his overbearing Karen of a mother in everyone he sees) was also a nice touch.

The most humorous parts in the film belong to John Cena and Margot Robbie. Cena’s Peacemaker has a charisma to him despite his unlikability. His constant bickering with Bloodsport over who’s the better killer is like Tony Stark and Dr. Strange verbally jousting. Harley Quinn is the funniest. Her psychosis is better directed here and her escape scene was visually fun to watch (Margot Robbie did that scene with the lock herself, according to James Gunn).

While Gunn will still be back at Disney to do Guardians of the Galaxy 3, it seems he’s taking shots at Marvel here. When the end result of “Project Starfish” is revealed, one scientist refers to the cataclysmic extraterrestrial project by saying “I call him Starro the Conqueror. It’s meant to be derisive.” If the people running DC Films are smart, they’ll hire James Gunn when Marvel’s done with him. He brought the irreverence to this film that was missed from its predecessor. Had Christopher Nolan been director of The Suicide Squad, the concept would have been too grounded in reality for anyone to enjoy.

Also, it’s significant to note, that this isn’t a super-hero movie, it’s a super-villain movie. These characters are criminals, bad to the bone, and they’re not acting for the greater good (though Peacemaker would ineffectively argue otherwise). They’re only part of team because they were bribed essentially. Furthermore, DC came up with this concept first. Marvel didn’t come up with their Suicide Squad equivalent, the Thunderbolts, until over a decade later. Lastly, the “R” rating helps immensely as the original film surprisingly had a “PG-13” rating. Overall, this was a fun film. If you’re a fan of Deadpool, The Boys, or Officer Downe, you’ll like this.