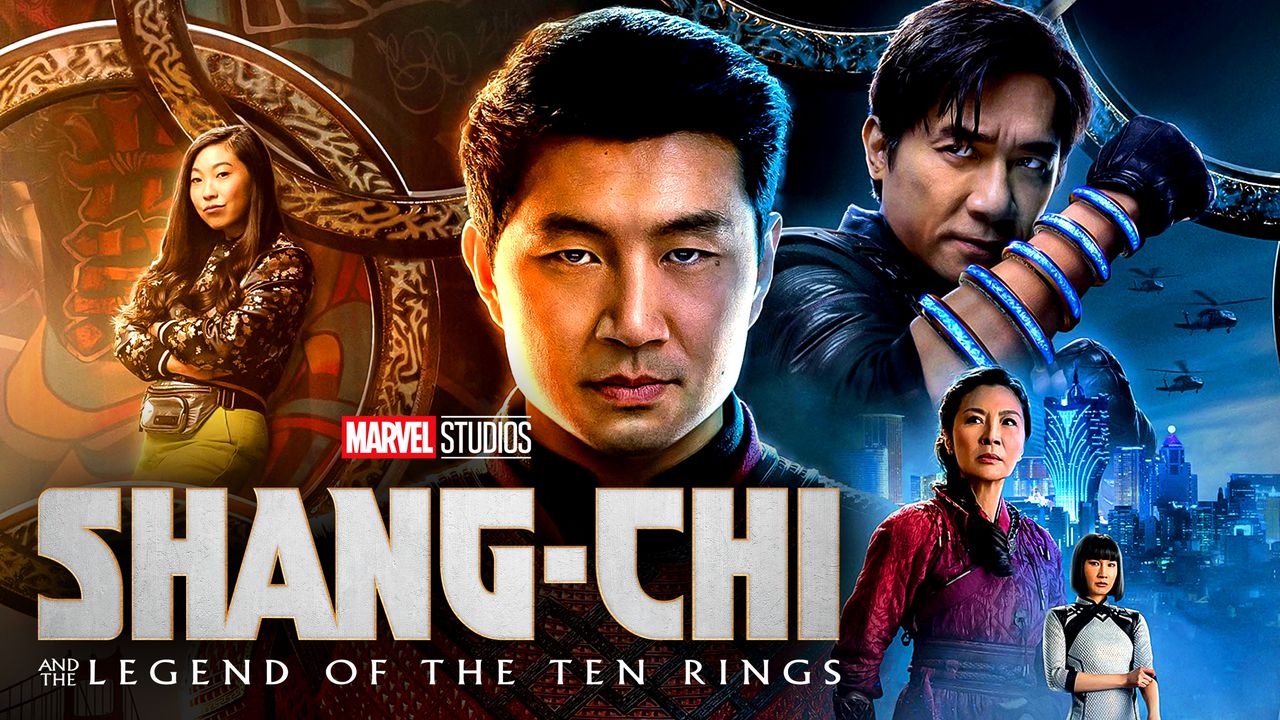 SHACK HOUSE: SHANG-CHI AND THE LEGEND OF THE TEN RINGS (REVIEW)

I’ve put this off for a while now, but at least it hasn’t been too long. I finally got around to the theaters after work a few days ago to see Shang Chi & The Legend of the Ten Rings. Not being much of a fan of the character, I have only one book in my comic collection with him featured on the cover (a What If…? issue. Imagine that), which may have been why I hadn’t been in such a rush to see the film. But better late than never, particularly while it’s still in the theaters. Even though the film is pretty formulaic per standard operating procedure of the Marvel Cinematic Universe, its plot has action, fun, and heart, one that doesn’t preach to viewers about heroism and its valiance, or grumble at the horrors of current times. Minus the “super” part, this film is essentially a hero’s journey.

PLOT: Beginning with a prologue thousands of years ago in ancient China, a man named Xu Wenwu (Tony Leung) discovered mystical weapons, ten arm rings, which gave him great powers. Using them, he created a clandestine subversive organization called the Ten Rings, which conquered nations and governments for a millennia. By the mid-‘90s of the 20th century, Wenwu sought to find a mystical village called Ta Lo and do the same. After a rough journey, he arrives and gets stopped by a woman named Ying Li (Fala Chen). They fight, where she shows that she’s no slouch in combat herself, but the two to fall in love. The two have children, including a son, Shang-Chi (Jayden Tianyi Zhang). Li gives her son an emerald pendant.

Fast forward to present-day San Francisco where the adult Shang, now calling himself “Shaun” (now played by Simu Liu) works as a valet car attendant with his best friend Katy Chen (Awkwafina). They’re both slackers, content with dead-end jobs and doing drunken karaoke. But when someone comes after Shang-Chi’s pendant which he still wears, that’s when “Shaun” disappears. His combat training kicks in, and though the pendant is stolen, he’s forced to reveal to Katy who he is and why fights so well. She tags along with him on a plane ride to Macau where they meet his estranged sister Xialing (Meng’er Zhang), who now runs an underground fight club and who believes sent him a postcard. It turns out that it was a ruse by their father to lure them back so that he can retrieve both pendants he gave them as children.

From Wenwu, we learn that that the Ten Rings are real and that Aldritch Killian (the Extremis villain from Iron Man 3) merely appropriated the name without authorization and used an actor (Trevor Slattery) as its figurehead. We also learn more about Shang-Chi’s brutal training at his father’s hands, what led to his estrangement from his family, and why he needs the pendants. He wants to re-enter Ta Lo and retrieve what he believes is his dead wife’s soul. And true to his conquering nature, he wants to take over that mystical dimension once he’s done. With Xialing, Katy, and Trevor Slattery (Ben Kingsley reprises his role here) in tow, they escape the Ten Rings headquarters and make the sojourn into Ta Lo. It’s here where Shang-Chi’s journey truly begins.

MY TAKE: Many bemoan the lack of inclusiveness in comic book-based films, but the success and format of 2018’s Black Panther opened the doors for it. Not only did it gross over $1 billion dollars and win an Oscar, but it also had both a Black director and predominantly Black cast. Shang Chi and The Legend of the Ten Rings does the same thing, but with a director of Asian descent and a predominantly Asian cast. Before now, it was Black Panther that served as an introductory movie for a character (albeit a previously unestablished character in this case) that addressed elements outside of just meeting a new protagonist. The filmmakers made sure not to delve into Asian stereotypes, so much so that Tony Leung’s character is actually manufactured for the MCU. His comic counterpart, Fu-Manchu, fit many stereotypes Americans have of Asians, so they were wise to not use him.

The cultural aspects were similar to BP, especially in the character of Katy, from whom much of the film’s humor is derived. Like Killmonger, she’s of foreign descent, but born and raised in America. Like the former, she has both cultural and American first names. Shang-Chi anglicized his name to “Shaun”, but more so in an effort to hide rather than to assimilate. The dynamic between Shang-Chi and his father also harks back to the “fathers and sons” theme of MCU’s Phase 3, particularly in BP and Guardians of the Galaxy, Vol. 2 (2017).

The fight scenes. Great Goobers! The first one is something to behold, and takes place on one of those San Francisco municipal rail buses. Shang-Chi fights a Ten Rings enforcer named Razor-Fist (played by Florian Munteanu) and it was so well-done that I kept thinking of the Macho Man-Ricky Steamboat wrestling match from Wrestlemania III. It hasn’t been since Captain America: The Winter Soldier (2014) have I witnessed fight scenes so well-choreographed, the ones in Xialing’s fight club and the inevitable father-son confrontation are rife with this. One thing I wish we saw, or will see in the future, is a Shang-Chi/Iron Fist fight. Of course, we’d most likely hear cries of “cultural appropriation” from MCU viewers who double as SJW non-comic book readers, but their opines are irrelevant since it’s evident that they never read the source material.

While the film does fall into many of the same clichés of all the other Marvel movies in terms of establishing characters and their relationships (and post-credit scenes, there are two), Shang-Chi and the Legend of the Ten Rings is certainly a return to form for the MCU, more so than Black Widow from months earlier. It’s grand in its action and character journey that makes this film an adventure with replay value.