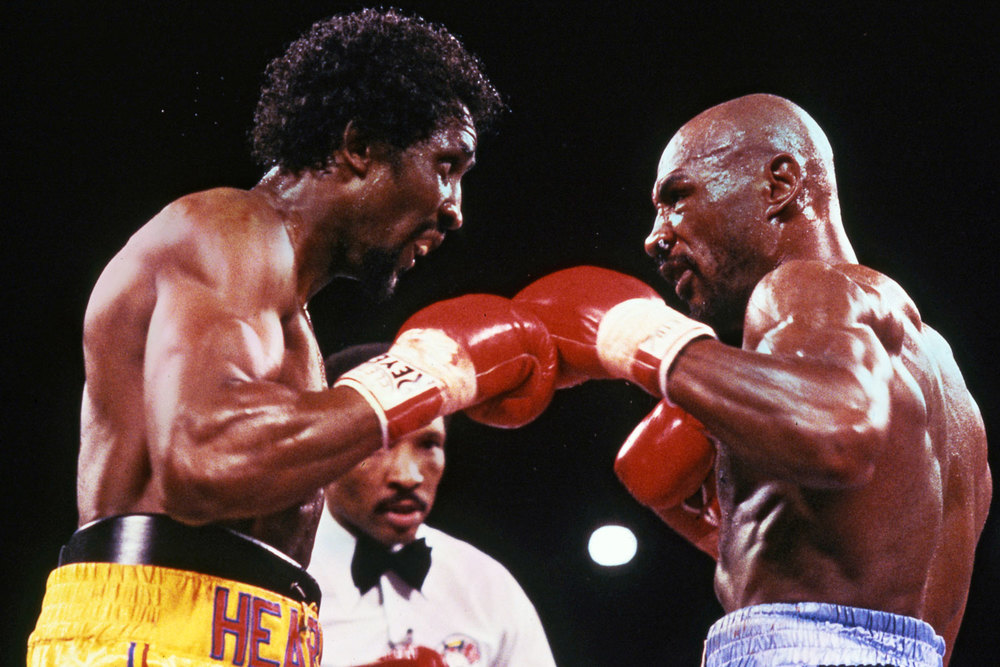 GREAT MOMENTS IN ACTION HISTORY: HAGLER VS. HEARNS – THE WAR

The sport of boxing involves two athletes in a contest to see who can knock the other one out first. The very intent of that sport is assault, which is an action, and ergo, is Action A Go Go-approved.

In Las Vegas, Nevada at Caesars Palace, Marvelous Marvin Hagler fought Thomas Hearns in a world middleweight championship boxing match on April 15th, 1985. Billed as “The War”, the fight ranks as one of the greatest boxing matches in the history of the sport. The first round had the intensity comparable to the kind of fight you’d see in a Rocky movie, complete with devastating power-punches, uppercuts, blood, and back & forth exchanges. Both fighters fought each other hard, with Hearns fighting so hard that he actually broke his right hand on Hagler’s skull in the first round. Though the scorecard had Hearns in the lead, both men deserved the standing ovation they received from the crowd at the end of the first round. 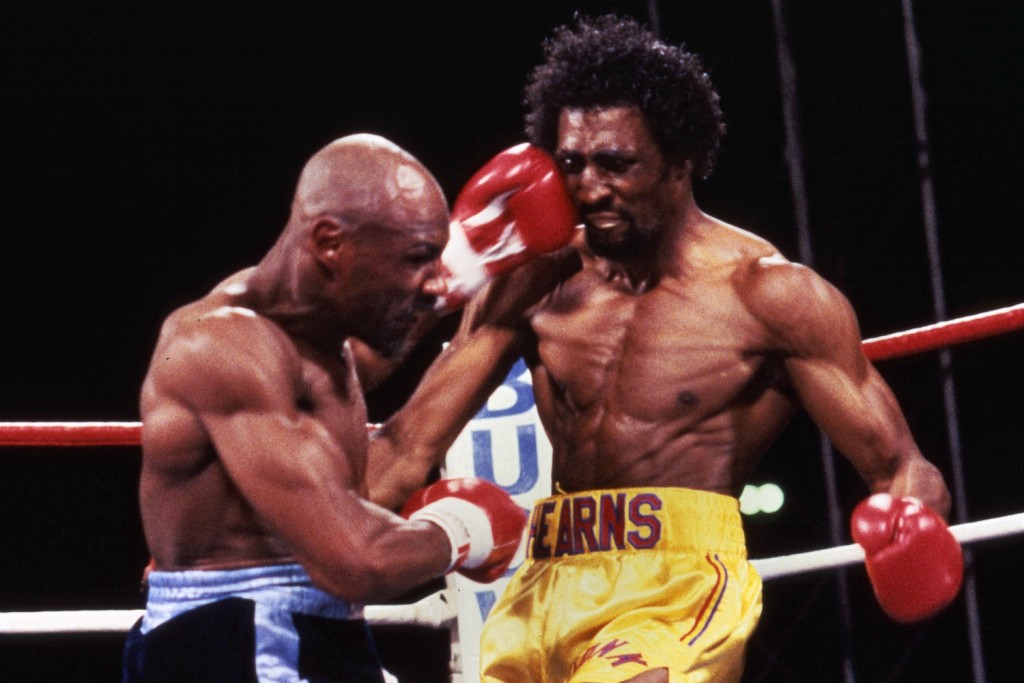 Hagler started to come back in round two. And even though Hagler sustained a cut above his eye with blood hampering his vision, the fight ended in a vicious third-round knockout with Hagler landing a right haymaker that stunned Hearns before suffering the knockout combo. Hagler was bloodied at the end of the fight and Hearns needed to be carried back to his corner, so the fight more than lived up to its name. It was also a star-studded event with the likes of Muhammad Ali, Bo Derek, and Jack Nicholson in attendance.

Below is the full fight courtesy of HBO. It’s complete with pre- and post-fight interviews, scorecard analyses, and promos leading up to the fight. But the actual fight starts at 16:50.