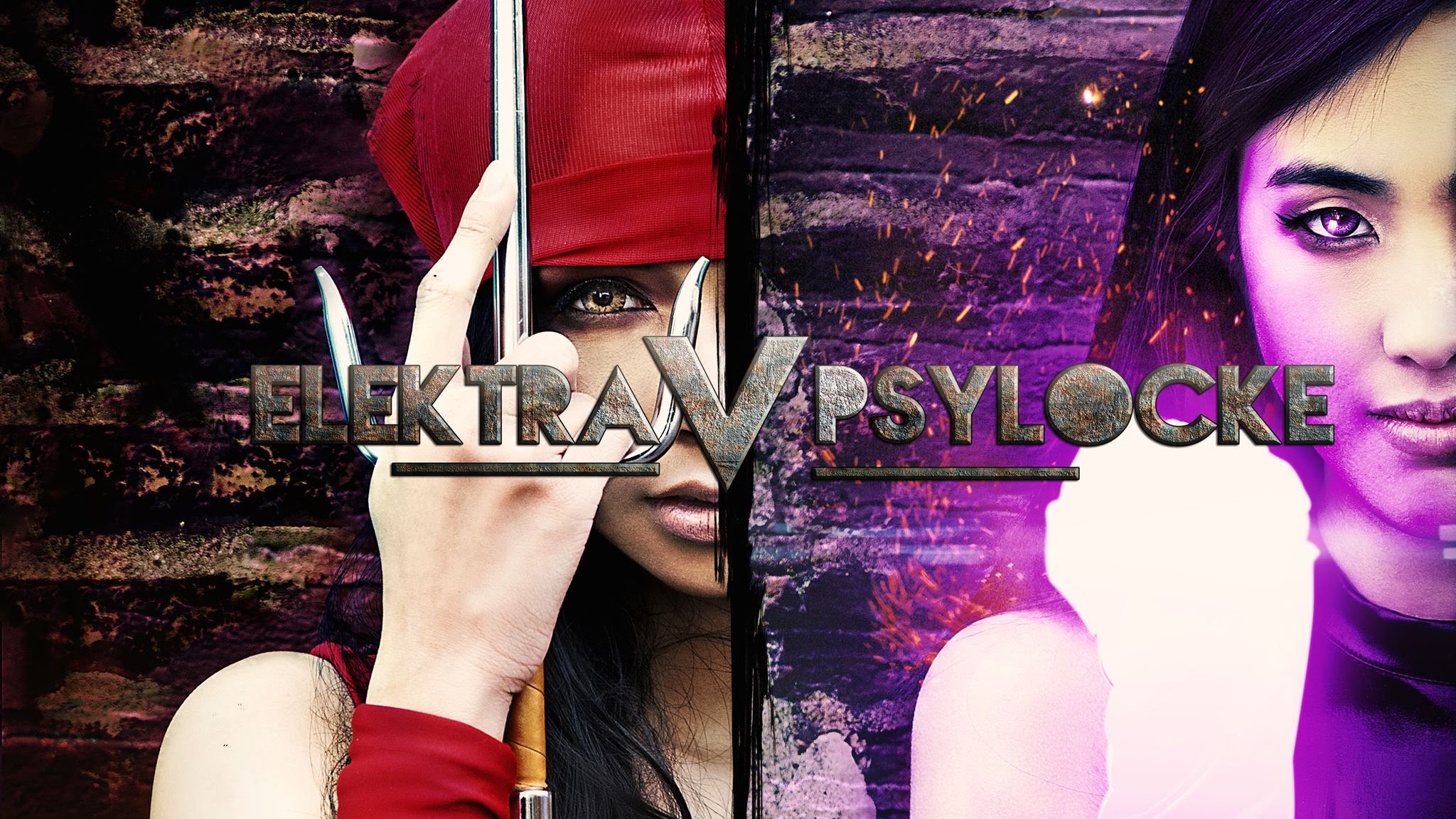 Elisabeth Braddock (b/k/a Psylocke) may look like her, but she has two things in common with Elektra Natchios: Having a rich and privileged European upbringing and ninja skills. They both seem to be action junkies, enjoying the thrill of physical combat. With their fighting skills, they both have proven to be able to go toe-to-toe with the big boys. They’ve also both taken on and defeated ninjas from The Hand, Elektra and Psylocke have also respectively fought dangerous guys like Bullseye and Omega Red. Surprisingly, in the comic books, both women have never encountered and fought each other as far as I recall. But who said a fight between both characters HAS to be in the books? 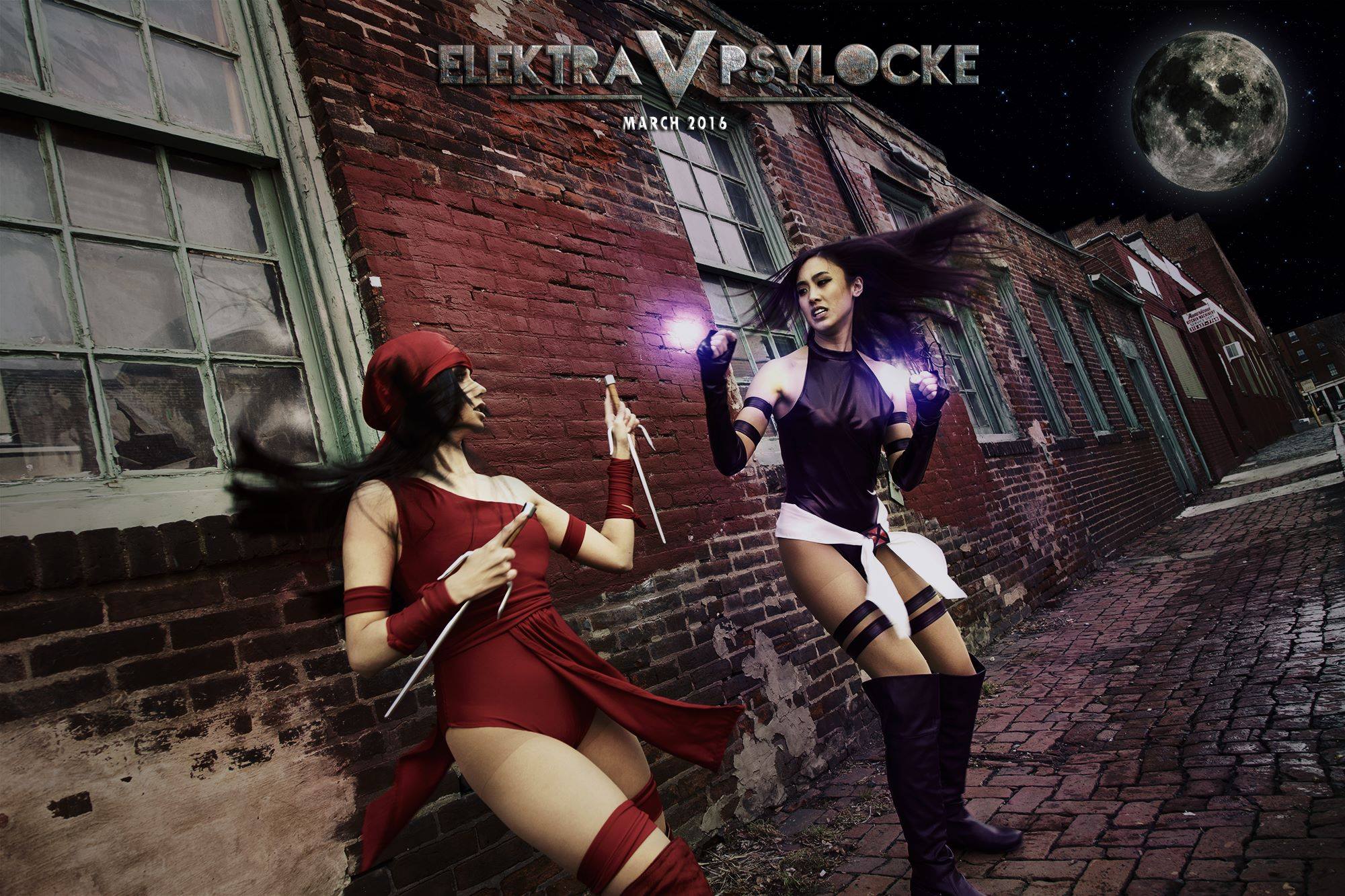 This past March, readers got their wish, albeit in a different medium. Actresses Mae Claire and Stephanie Pham adopted the respective roles of Elektra and Psylocke for a very short film highlighting this super-heroine ninja battle. Though I wish they did more VFX in regards to Psylocke’s power, this Art School Dropouts production gives the guys over at Bat in the Sun a run for their money. It was entertaining to watch both women go at it in this well-choreographed fight. Though not conclusive, I like both portrayals, especially Ms. Pham’s Psylocke. In the spirit of an HBO boxing match, check out the physical stats for both ninjas below before checking out the video that’s right below that. 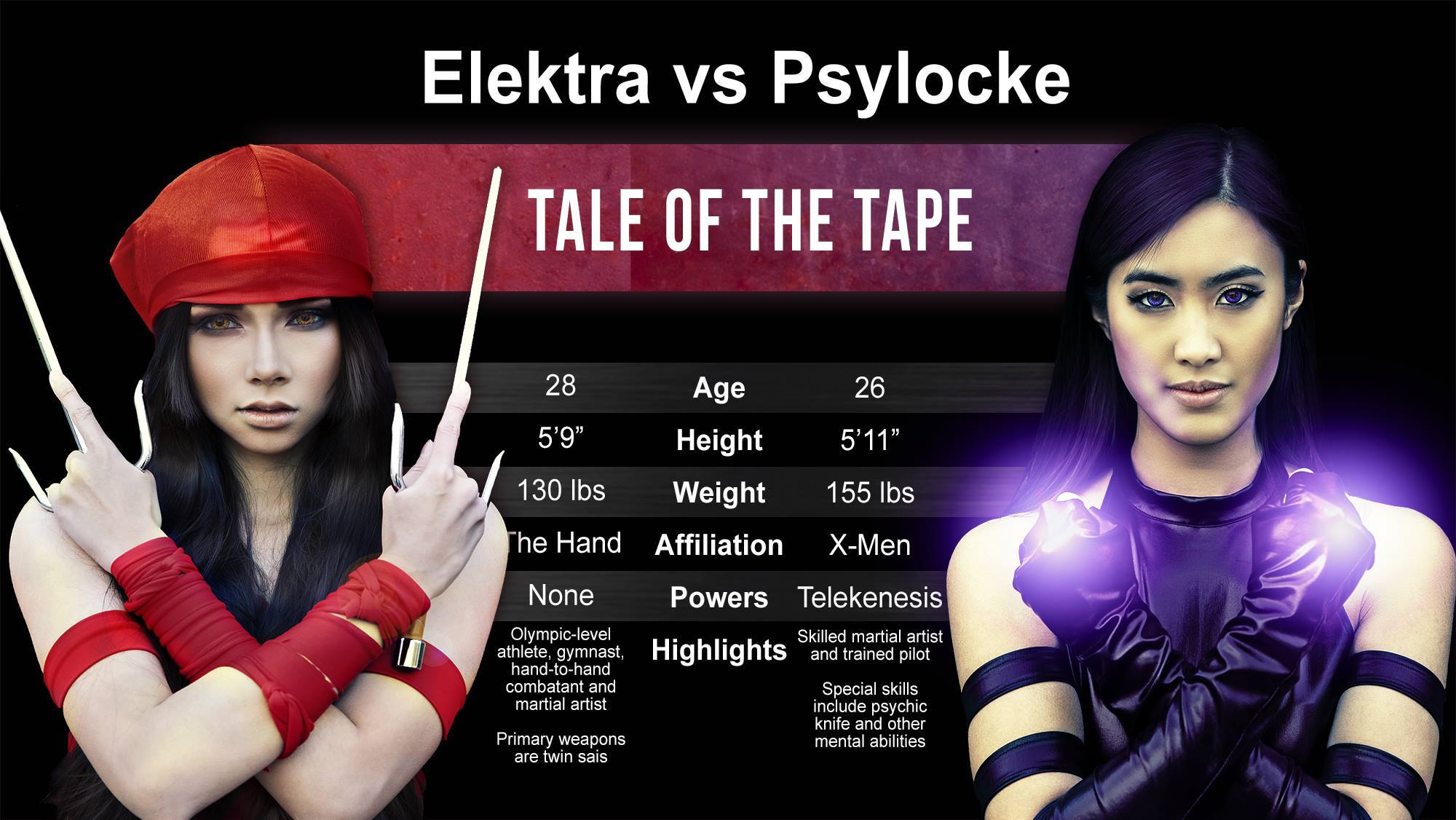