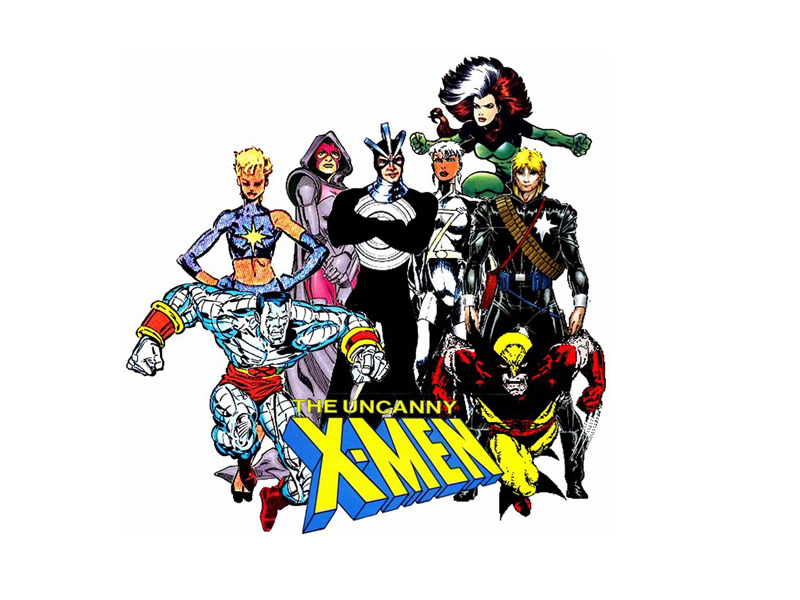 One of my favorite rosters of Marvel’s X-Men was the Australian Era team. After The Uncanny X-Men portion of the Fall of the Mutants crossover in 1988, writer Chris Claremont and artist Marc Silvestri began a new take on the X-Men. The team was killed during the aforementioned crossover in full view of a worldwide television audience. They were resurrected soon after and were given a new advantage against foes and mystical protection. One, they could catch their enemies off-guard since they were shown to have died. Two, a mystical spell made them functionally invisible to all forms of electronic surveillance. Recorders, audio and video; robots, computers, et. al. could not detect them. Only living beings could perceive them.

Using this, they fought the first incarnation of the cyborg terrorist gang known as the Reavers and forced them out of their own headquarters, a ghost town in the Australian outback. This roster and their headquarters were part of the classic Inferno crossover and included the first appearance of Jubilee. Troy-Jeffrey Allen got me thinking earlier about who would I cast for this X-Men roster and why. Guess what? Here they are. Since this would take place in the 1980s, I’m using film actors during that decade who had to have been in their 20’s to late 30’s at the time. 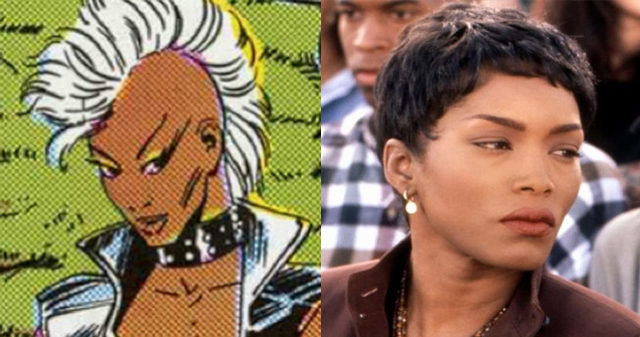 Storm was at her best in the 80s. She was the official leader of the team for most of that decade. Not only that, but she adopted a punk rock look, lost her powers courtesy of Forge, got them back, and still went on to lead the X-Men. She even beat Cyclops in a Danger Room duel without her powers. Angela Bassett’s character from Waiting to Exhale (1995) has the look and fury of Ororo Munroe. She bounced back from a cheating husband and cut her hair to symbolize her new self. “So long as I remain true to myself, I see no reason to apologize for how I appear to others.” That quote sums up Storm’s character and Bassett’s ability to pull it off, in both sex-appeal and characterization. 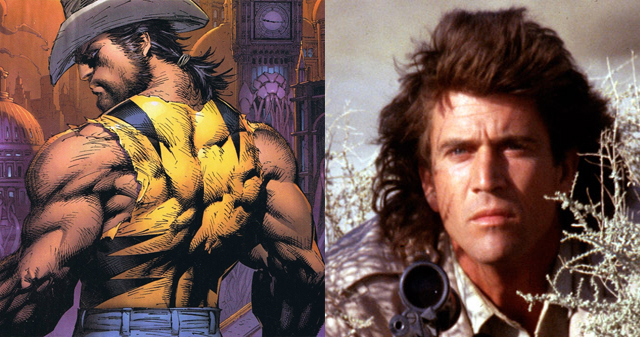 Mel Gibson was a wild man in this decade. Playing leads in the action franchises like Mad Max and Lethal Weapon solidified this. His tendency to play crazed combat experts fits right in with Wolverine. His loner depictions mirror Logan, as do his look and tireless energy in action sequences. As Martin Riggs, Mr. Gibson was unpredictable. Marvel’s Wolverine is no different. 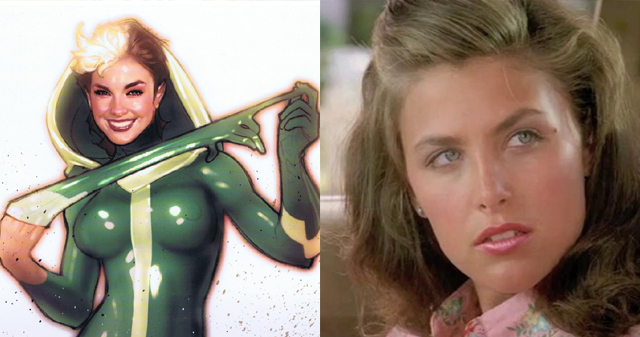 Lemme get this out of the way: Sherilyn Fenn is one of the most beautiful actresses ever. In fact, we should do a “Woman Crush Wednesday” dedicate to her. I loved her movie roles during this decade, how her beauty juxtaposes with her good-girl characters. As Rogue, she captures her bombshell outer beauty and youthful spunk. Her appearance in Of Mice & Men (1992) also lends credence to her ability to portray Rogue faithfully. 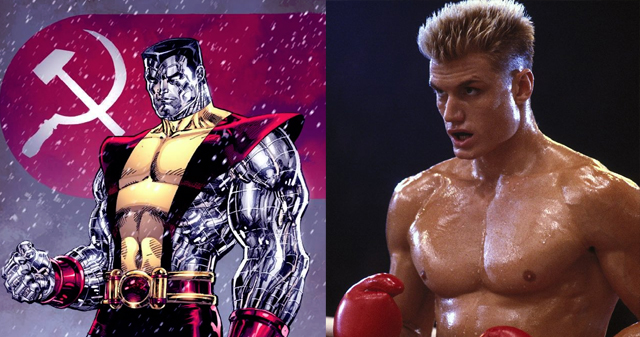 This was obvious. When I think of “80s Russians”, Dolph Lundgren’s turn in Rocky IV (1985) as Ivan Drago comes to mind. Lundgren’s known for being an action star, so he fits right in. He’s got the right build, but if you dye his hair darker, he’d be a perfect Piotr Nikolaiveitch Rasputin. I wonder if he were cast for the role, if Lundgren would surprise everyone and learn how to paint. Colossus is a talented artist in the book, and it’d be interesting to see his portrayal with a method-actor bent. 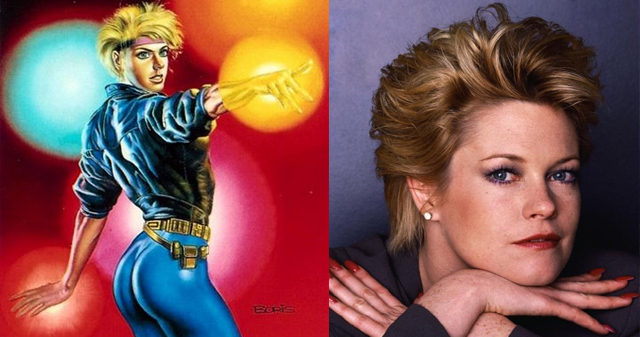 I gave my choices a few years back for who’d be a perfect Dazzler. But Melanie Griffith’s portrayal of New York City secretary Tess McGill in Working Girl (1988) made me think that she’d be a welcome addition for the part of the Dazzler. Give her a New York accent, singing ability, and roller blades. That’d be an ideal role for Ms. Griffith’s best iteration of herself. 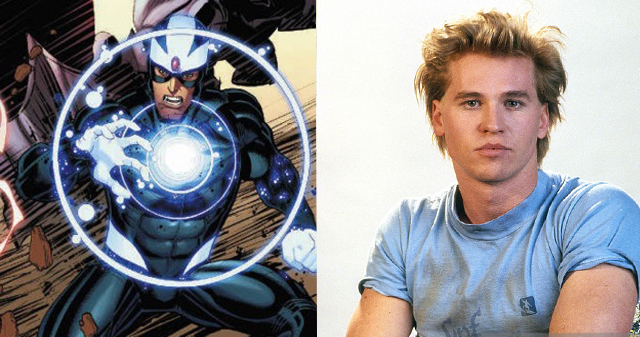 Alex Summers has always been in the shadow of his big brother, Cyclops. Though more powerful and generally more fun than, people look at him and think “That’s Cyclops’ brother!” like it’s his defining attribute. His latter characteristics are defining. Val Kilmer’s role as a genius-level borderline slacker in 1985’s Real Genius showed that “cool” and “powerful” (in terms of intellect) aren’t mutually exclusive. The Lucas Till gave the character’s younger incarnation some shine, the Val Kilmer of this era could expose more of what makes Havok tick. 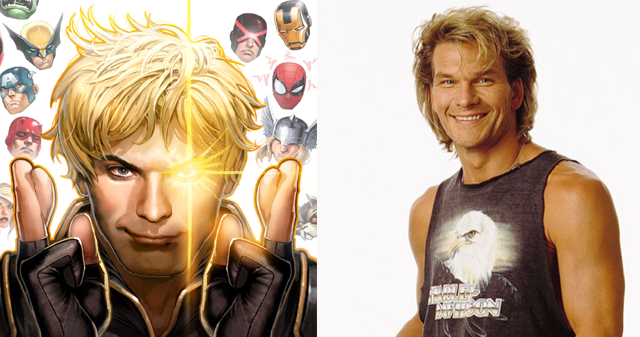 Charm and agility are why Patrick Swayze is my choice as Longshot, didn’t any of you ever see Dirty Dancing (1987)? He’s got the charisma too, didn’t any of you ever see Point Break (1991)? But seriously folks, Swayze has action presence and moves that could translate well as a live-action Longshot. In the former film, he’s a dancer which means he’s agile like Longshot. He’s likeable, so that could work it’s way into his luck power. 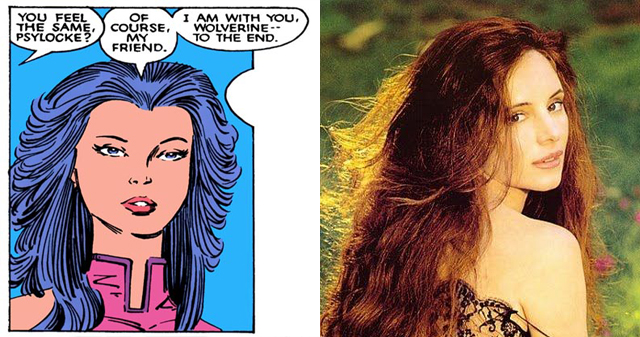 Though Psylocke is originally a blonde telepath from England (the purple hair is just a dye job), Madeleine Stowe has the dark exotic features genre-range to make a convincing Betsy Braddock. Mind you, this isn’t the ninja Psylocke with the Asian body that everyone’s used to. Her character portrayals sometimes have a dry affect to their humor, which is par for the course when you’re from the United Kingdom. 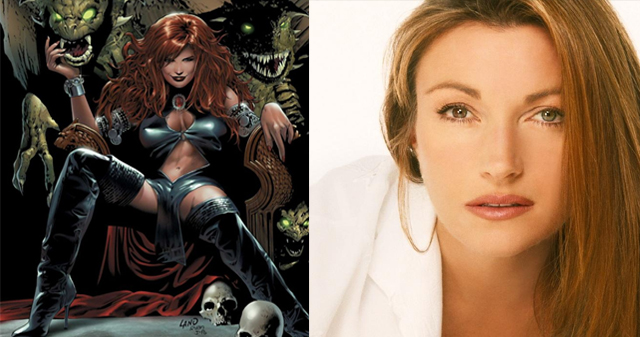 I wasn’t going to include this one at first. But Madelyne was part of the team through two of its major crossovers. Jane Seymour is best known for her role as the titular hero in the TV series Dr. Quinn, Medicine Woman. Madelyne once was a healer herself when she found herself with such powers. Can you imagine Jane Seymour in the Goblin Queen outfit? I can, indeed. Latching onto Kilmer’s Havok for a sexual affair and then making the transition into her demonic Goblin Queen form would be interesting for Kitty Kat.