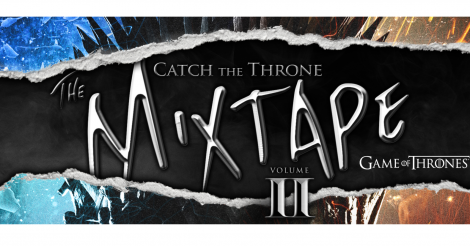 Check out the second Game of Thrones mixtape.

Due to a clear combination of popularity and season promotion, last year’s Game of Thrones mixtape has produced a sequel entitled, Catch the Throne: The Mixtape, Vol. II. Considering the diversity of the show’s fanbase, it was only fitting that this compilation reflect that diversity. To that end, this volume now features hip-hop acts along with rock acts. Snoop Dogg, Method Man, Talib Kweli are among the artists included along with Anthrax, Killswitch Engage, Mushroomhead and Mastodon.

Check out the preview below and download it for free on iTunes: