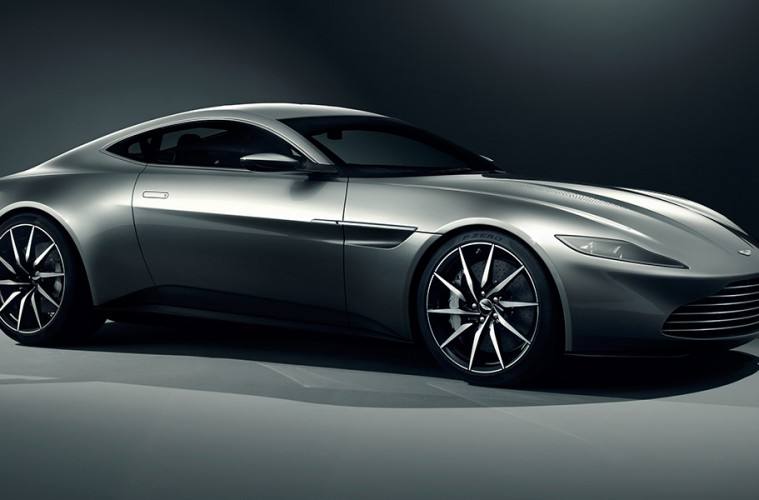 It’s time for every Bond fan to celebrate!

Earlier this week, Aston Martin unveiled the DB10, a car that will be used in the brand new Bond Film SPECTRE debuting November 6, 2015.

In an unusual move for a car company, the styling was actually influenced by the people involved in making the movie, particularly director Sam Mendes. This is an unprecedented step in car company/filmmaker collaboration. Usually car companies just make cars and convince filmmakers to use them or filmmakers just go ahead and use a car for the hell of it. This time the two worked together and the results are spectacular.

Check out these pictures:

In short, this car is the sex.

Unfortunately, only 10 are going to be made, so odds are you and I are not going to get our hands on one. Bond will, however, and it will continue a tradition that goes back 50 years ago to the classic GOLDFINGER.

In celebration, we’ve gone ahead and collected the 5 best scenes featuring Bond’s Astons in chronological order.  Needless to say, after watching these vids you’ll be happy this tradition is still going strong after half a century.

So hold on to your butts! This is going to be fun.

Featuring THE Aston Martin DB/5, this is one of the best Bond films and also set the bar pretty high for every action movie to follow. The DB/5 screams British class and is forever tied to the Bond legacy.

These car chases in particular feature a tour through the alps and some Bond car tricks that make them a joy to watch every single time. They also have those sly comedic moments that lighten things up just enough to remind you that you should just sit back, relax, and enjoy the ride.

The Dalton films are a unique breed among the Bond cannon. They lack the old school charm of the Connery films and the crazyness of the Moore films, but make no mistake, they are solid, entertaining movies with an understated charm all their own. THE LIVING DAYLIGHTS car chase typifies this. It puts Bond in a modern (for the time) Aston Martin V8 Vantage Volante with all the tricks — lasers, rocket power, the works. All used while evading the local police. It’s fun, crazy, but still keeps you guessing.

One of the best Bond movies of all time, GOLDENEYE features the slickest opening car chase scenes ever. While the stakes are pretty low the scene is instrumental in reintroducing Bond’s smooth side a whole new generation while simultaneously allowing Bond to impress the film’s sultry femme fatale (played by Famke Janssen).

An awful movie by itself, I was going to write DIE NATOHER DAY off and not even include it on the list. But then I watched it. Man…the rest of the movie is bad, but this car  scene takes Bond chases to a whole new level. It’s got an Aston Martin, a Jaguar, missiles, machine guns, and ejector seats!!!! It’s everything you ever loved about Bond and then some. It’s just a shame it doesn’t come in a better wrapper.

After the Pierce Bronson era of Bond started to veer off course, Daniel Craig was enlisted to bring new life into the series as everyone’s favorite secret agent. QUANTUM OF SOLACE is his second outing, and it opens with a bang. A stunt driver was injured during filming and a big brouhaha was made over the scenes intensity. The rest of the movie is a bit too Jason Bourne esque and lacks bond qualities, but this opening is one for the ages.