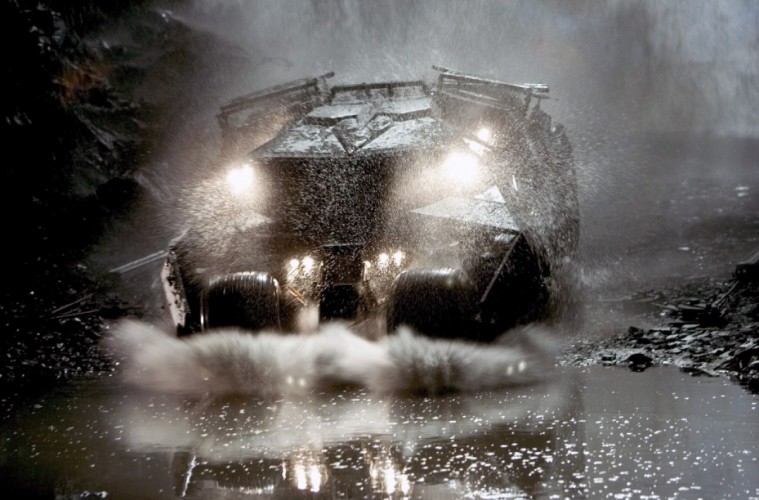 To put together a list like this takes hard work, lots of thought and a giant bag of popcorn. But after the first part of our epic countdown of the 50 greatest movie car chases of all time, it’s time to unleash the next selection in a massive homage to the ultimate in car carnage. And I’ve kept many classics for this second half. Like last time, the list will follow no particular order. But I am saving something special for number one… What I personally deem to be the greatest movie car chase ever made. So without further delay…

Possibly the most iconic car chase of all time, ‘Bullitt’ is the greatest thriller of the 1960’s, and this chase made it so much more than a great cop movie, it made it a landmark in film history. Incredible chase, which has been imitated by many movies, including the 1973 classic ‘The Seven-Ups’ (Featured on part 1 of this list) and our next choice.

One of the greatest movie stars on the planet, Tom Cruise, took on the role of the beloved Jack Reacher, from the Lee Child book series. As much as I love the books I’ve read, and have nothing but love for Cruise, I knew the movie could only be brilliant. But I never expected this car chase to be so incredible. Taking heavy inspiration from ‘Bullitt’ and ‘The Seven-Ups’, this chase features both a classic muscle car, and excludes musical score in favor of revving engines and squealing tires, like its elders. It works beautifully, and still remains one of my best cinema highlights.

There’s very few movies I call “Perfect”. It’s a very rare thing. But ‘Midnight Run’ is flawless. Absolutely perfect. Robert De Niro has many wonderful classics to his name, but this is by far my favorite. One of the greatest movies ever made. With brilliant gags between De Niro and Charles Grodin, a joyful score from Danny Elfman and terrific action scenes like this hilarious off-road car chase, ‘Midnight Run’ can’t be anything but a masterpiece.

The ‘Fast And Furious’ have made car movies the new craze again. With 7 movies, and no sign of stopping, the franchise has had us action movie fans clutching our knees in excitement, thanks mainly to insane chase scenes like this one. Stealing an entire bank vault and dragging it around city streets with the use of two cars. Bonkers stuff, but so fantastic. This is one of a few highlights from the ‘Fast And Furious’ movies we’ve featured in this list. There’s sure to be more.

Like the ‘Fast And Furious’ movies, the James Bond franchise has some of the silver screen’s greatest car chases. And this one from Sir. Roger Moore’s classic ‘The Spy Who Loved Me’ stands as one of the most famous. With the awesome Lotus under heavy fire, Bond uses his driving skills and the car’s many gadgets to evade the criminals. Bond at his best.

In part 1, we had the first car chase from the iconic classic ‘The Blues Brothers’, with Jake and Elwood Blues trying to escape police capture. Here is the second chase, with the boys still trying to avoid being arrested and sent back to jail. Spectacular fun, with one of the biggest car pile-ups in cinema history, ‘The Blues Brothers’ delivers the goods. An interesting fact, this chase is filmed around the streets of Chicago, where the many chases from ‘The Dark Knight’ movies were also filmed.

Another movie I remember seeing in the cinema like it was only yesterday. ‘Batman Begins’ was beyond anything I’d ever imagined a new Batman movie could be. I thought it would be brilliant, but watching the movie for the first time left me gasping when it was over. Far greater and grander than anything I’d expected. And this scene (and the train finale) is why I adore it so much, the action and effects are above almost every other movie I can think of. It’s a comic book truly come to life. This is why cinemas were invented, don’t let anybody tell you otherwise.

Chuck Norris always made us action fanboys so happy through our childhoods. But for all the cheesy wonderful action movies he’s done, ‘The Delta Force’ is in a league of its own. With stories ripped straight from the headlines, a top action star and that incredible and now iconic score from Alan Silvestri (The main theme is truly something beloved among action movie fans!), ‘The Delta Force’, is the greatest movie of the 1980’s. For me, at least. Riddled with explosive action, tension and heartbreak, it is a one of a kind diamond among movies. Anyone who has never seen it, you must. And this scene is one of the many reasons.

‘Ronin’ is another gem that is often overlooked. An intelligent and very violent action thriller, with some of the best car chases you’ll ever see. ‘Ronin’ is one of my personal favorite Robert De Niro movies, coming in 3rd after ‘Midnight Run’ and ‘Heat’. It’s another movie I’d recommend to anyone looking for a classy exciting action movie. From its many chase scenes, this is the ultimate. Stunt drivers in movies seriously need far more praise for genius work like this.

The last of the ‘Dirty Harry’ series sees Harry Callahan come up against his deadliest foe… A bomb-rigged radio-controlled car. Very silly, but oh so very awesome and hilarious. ‘The Dead Pool’ is horribly underrated, a great finale to the ‘Dirty Harry’ movies.

Classic cop thrillers with fantastic car chases may be in great supply, but so few are as stunning as this. I’ve thrown the word “Iconic” around a lot in this countdown. And here it is possibly most relevant. Although some will insist that as the character, Popeye Doyle (An Oscar-winning performance from Gene Hackman), is not chasing another car, this is not a car chase. But the definition of a car chase is a car chasing anything, be it a another car or a different vehicle altogether. And what better to chase than a New York train?

I love Tarantino, but I have almost no love for his section of ‘Grindhouse’. A collaboration between Quentin Tarantino and Robert Rodriguez, ‘Grindhouse’ combined two movies together to imitate the classic Grindhouse double feature showings of the 1970’s. With Rodriguez offering up ‘Planet Terror’ (Which I adore) and Tarantino delivering ‘Death Proof (Which I don’t adore), they were intended it to be a horror double bill, but also released as separate extended versions. While ‘Planet Terror’ is absolutely awesome, ‘Death Proof’ was very disappointing. But this final chase that the whole movie leads up to is spectacular. It’s a shame to see quality scenes like this wasted in below par movies. But hey ho, at least it can be enjoyed by itself, thanks to YouTube.

Tom Cruise + John Woo = Magic. Possibly the coolest action movie ever made. Tom Cruise proving why he’s one of the best movie stars.

This scene still leaves me pretty much speechless since first seeing it. A crane, a fire truck, an ambulance, a police bike, police cars and a vet van. All they need was a “Choppa”. Spectacular sequence from a spectacular movie.

Pierce Brosnan’s last outing as James Bond 007, an action-packed and super cool (Pun intended) blockbuster, with many gadgets, many cars, many one-liners and Halle Berry in an orange bikini emerging from the sea. Could you want anything else? This genius ‘Ice Palace’ chase is one of my many highlights from ‘Die Another Day’. I’m a major fan of this movie.

I need not say a word. Just watch.

As with remakes, this stunning action movie has always been given a raw deal. But anyone who truly loves cars and action movies could never have a problem with this movie. Fast, sexy and action-packed. But the final chase is the highlight of all. One of my top 5 all-time movie car chases, I can’t get enough of this, 15 minutes of total insanity (This clip is just a piece of it!). Eleanor is so beautiful.

And not forgetting the original. Although not a patch on the 2000 remake, the original’s finale is one of the most wonderful action sequences of its time. I’ve rarely seen a chase with cars moving faster than this.

One of the most popular car movies ever made, ‘The Driver’ boasts many stunning chase scenes, but it’s this epic chase that has stood the test of time with movie fans. The stunt work is incredible, especially the many drifting scenes. A genuine classic.

Going all the way back to the first ‘Fast And Furious’ movie, this chase is the one that started it all. From the awesome cars, to the crazy stunts, and that thumping score, this is what car chases are all about. 15 years on, and the original movie of the mega franchise is still as blazing and cool as ever.

As we’re getting closer to the end of our marathon of car chase action, I saved this for almost the end. One of the greatest action scenes ever put on screen, Michael Bay proves yet again why he is the king of action with this mind blowing road rage. Hurtling cars everywhere, like they’re coins, Bay directs car chases like no one else, the man is truly an inspiration. This scene led to so many copycat chases since it’s releases. But it remains the most insane car chase we will ever see. I hope for ‘Bad Boys III’ soon.

I never had much love for ‘The Transporter’, it’s got some good chases (Check part 1 of this rundown), but ‘Transporter 2’ is magnificent. I love every single piece of it. And this scene is one of the very best from it. Gone is the stupid American accent, the awkward romance and the terrible soundtrack of ‘The Transporter’. ‘Transporter 2’ is super fast and action-packed, with a great story and brilliant soundtrack (As you’ll hear in this clip). Jason Statham has never been better.

This is a strange one. I’ve never seen ‘John Wick’ in entirety, but I’ve watched this chase scene many times, it’s one of the best I’ve ever seen, so I’ve included it in this list, it’s just too darn good not to. I seriously need to see this movie!

My personal 2nd favorite movie car chase. The highlight of the Bourne franchise. A masterpiece in film making. Paul Greengrass couldn’t have gotten this any more right. Incredible driving, extremely fast and backed up with a wonderful score. I adore every second of this chase. Enjoy it!

And we’ve come to the end. I’m exhausted. All that high-octane action has driven me to craziness. So alas, here we have, what I consider, to be the single greatest car chase from a movie. Ever. And of course, it comes from Michael Bay. ‘The Rock’ is very dear to my heart, it’s been my favorite action movie for so long. And this chase has always rocked my world. From the cars to the music, and the total Bayhem that we have come to expect from a Michael Bay movie, this chase is unbeatable. I hope everyone else loves it as much as I do. I’m sure everyone has their own personal favorite car chases, but this one is always my choice.

So there we have it. the 50 greatest movie car chases to ever grace a cinema screen. There are so many more, and actually a few I perhaps would have liked to include. But I hope you have enjoyed this list as much as I have enjoyed putting it together. If you have any favorites of your own, please share them with us through the comments or social media.