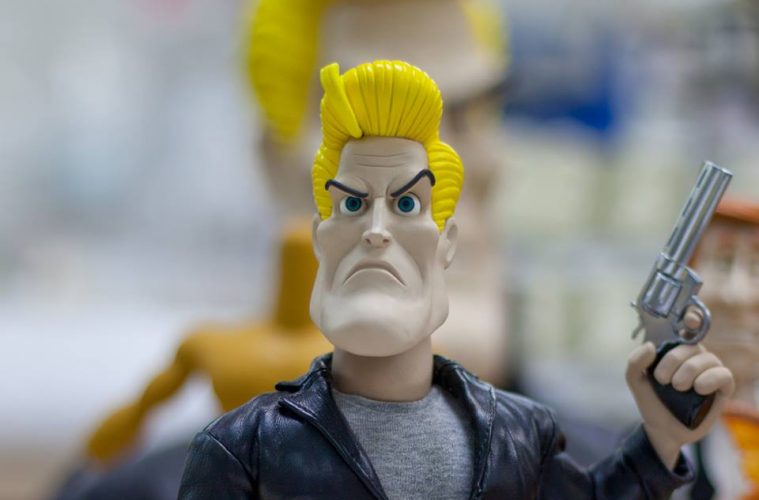 ‘CHUCK STEEL: NIGHT OF THE TRAMPIRES’ DRIVES A STAKE THROUGH STOP-MOTION

But we mean that in a good way.

I was just talking to someone the other day about how thoroughly mesmerizing I find stop-motion animation to be. I’m sure that some people consider it a relic of a bygone era, but I will never not be fascinated by the painstaking detail that goes into this animation technique (and I’ll add hand-drawn animation and puppetry to the mix).

Which brings me to CHUCK STEEL: NIGHT OF THE TRAMPIRES, an upcoming feature-length stop-animation project from the folks at Animortal. This is an action-packed satirical follow-up to a short film called CHUCK STEEL: RAGING BALLS OF STEEL. Check that out immediately below followed by a synopsis of TRAMPIRES and its official teaser.

Night of the Trampires sees the glorious return of Chuck Steel – a foul-mouthed, testosterone-fuelled, ultra-violent cop from the 1980s – who is the creation of Bafta award-winning writer, producer and director, Mike Mort. Night of the Trampires is a gory, irreverent and action-packed 90-minute feature, involving the use of over 400 stop-motion clay puppets – the largest production of its kind ever produced. What also sets it apart is that it is being shot entirely “in-camera”, and without an over-reliance on computer-generated enhancement. This painstaking process, combined with the simultaneous animation of such a large number of hand-crafted puppets, shot at an unusually high frame rate for detail, will set a new benchmark in stop-motion feature films. Simply put, it will look like nothing you’ve ever seen before.

You already know were a sucker for any and all 1980s action movie homages. If the NIGHT OF THE TRAMPIRES teaser (below) is any indication then this has our name all over it.