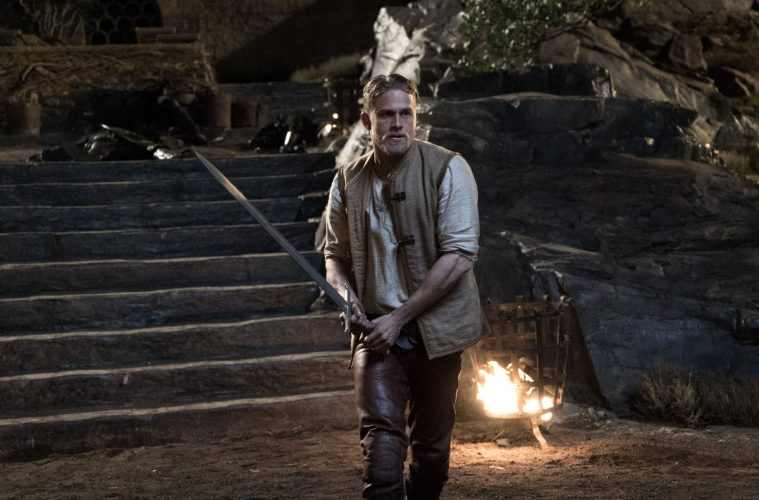 I managed to catch KING ARTHUR: LEGEND OF THE SWORD this weekend. The short and sweet of it: It’s solid, and I’d like to get a sequel. Some interesting concepts were left on the cutting room floor and it’d be interesting to see director Guy Ritchie (SHERLOCK HOLMES, SNATCH) return to this visually over-the-top adventure again.

Speaking of “over-the-top”,  Ritchie re-teamed with composer Daniel Pemberton for this one. The two previously worked on the breezy tracks that supported THE MAN FROM U.N.C.L.E (2015). For KING ARTHUR, however, Ritchie and Pemberton aren’t interested in laidback grooves. They mostly bypass the stereotypical epic sound in favor of something more assaultive.

This is KING ARTHUR cranked up to summer blockbuster standards. Or, as one YouTube commenter put it, “If you’re a runner, put this on…I guarantee results.”