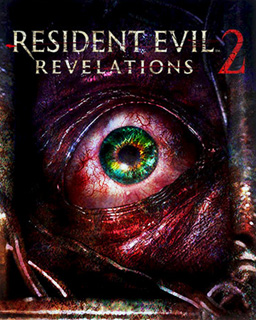 Claire Redfield and Moira Burton work for the anti-biohazard agency called Terra Save. They’re attending a company social function, but before the duo can make for the appetizers a team of mercenaries crashes the party. It’s 50 Shades of Code Veronica as Clair is tranquilized, captured, and brought to a mysterious facility on a large island. Upon awakening in her cell she finds that she has a bracelet with a color and a number. Before she can ponder what happened and what purpose the bracelet serves, her cell opens and she soon finds Moira. The two encounter all manner of zombies and horrific creatures as they try to escape the facility. In search of his daughter Moira, Barry Burton comes to the same island where this facility is housed and meets a strange girl named Natalia who may be connected to what’s going on. In their fight for survival these four characters will uncover revelations far more terrifying than any monster they’ve ever encountered.

Resident Evil Revelations 2 is the latest entry in Capcom’s acclaimed Resident Evil series. A survival horror game built with co-op firmly in mind, Revelations 2 centers on four protagonists broken into two teams where a series vet is joined by a newcomer, each taking on a chapter of terror. The game has a lot going for it early on. While Claire’s first episode is more an homage to Code Veronica (a risky bet given that game’s reception), the tone and set pieces do an excellent job of bringing horror back to the series. Impaled bodies hang from hooks, blood stains indicate where victims have been dragged or worse, flickering lights, confined spaces, and a lack of ammunition were very effective in making this reviewer paranoid around every shadow. Despite being a survival horror game, the co-op was really well done and didn’t feel like an afterthought by the dev team. Claire is able to use all guns and consumable items but because of Moira’s personal trauma (backstory thing) she can’t hold a gun but she has no problems going to town with a crowbar. Moira can also find hidden items with her flashlight that Claire can’t see. 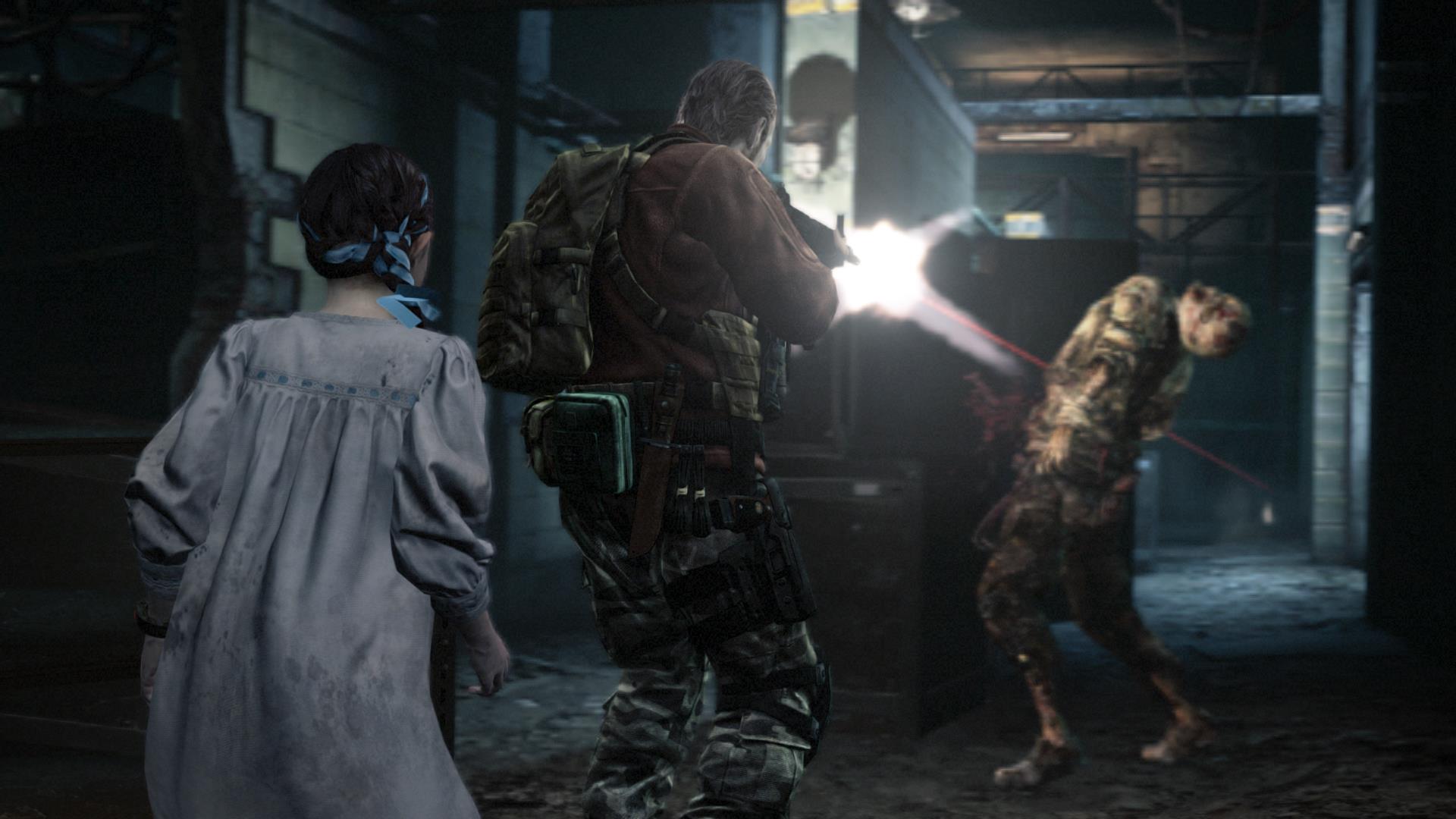 Barry’s episodes are more action oriented and for the first two episodes ammo is available in greater quantities to make up for Natalia as she can’t use firearms or melee enemies. While Natalia can’t do much combat wise, she has the ability to see enemies through walls and floors which can help Barry stealth-kill zombies and tougher enemies. Natalia is also able to see hidden items and even invisible enemies. Your A.I. partner is much smarter than in RE5 and RE6, and while it’s no substitute for a human partner it’s functionally competent.

The item management system in the game is excellent and both characters’ inventories can be accessed with the press of a button. You can easily swap items between characters and hidden chests found throughout the campaign may lead to backpacks that provide you with additional slots. There is a crafting system that allows you to make different types of projectile weapons such as smoke bombs, decoy bombs that explode after a set-time and the always favorite Molotov’s. You can also make tourniquets to stop bleeding – a status ailment which herbs won’t always cure. The system is pretty barebones but it gets the job done. There is also a skill tree that allows you to increase the range of your dodge, potency of healing items, melee damage, and other benefits as well. However, the effectiveness of these upgrades varies and I didn’t see any gameplay difference apart from increasing the effectiveness of my herbs and Natalia’s sensory range. 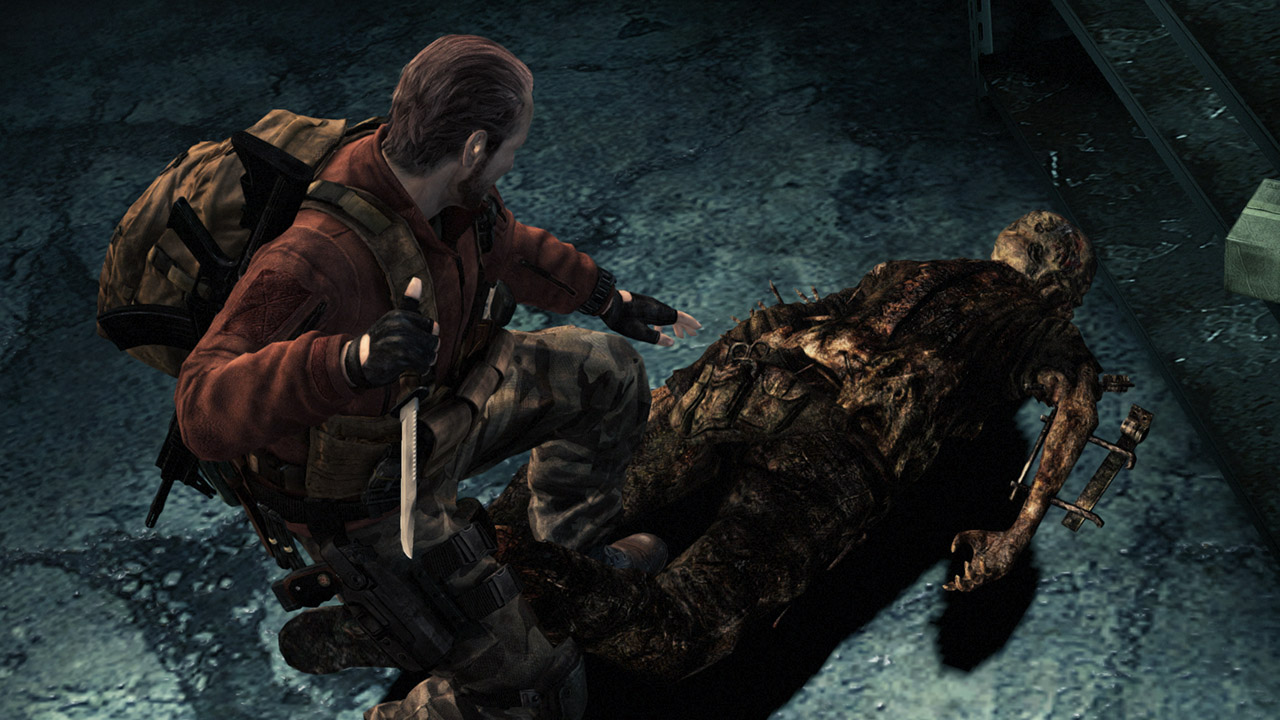 The first two episodes are very well-made, putting to good use the co-op mechanic and introducing new monsters – the one in Barry’s chapter two being particularly nasty. There are even callbacks to previous entries in the form of laughably bad dialogue (“I was almost a Claire sandwich.”) which shows the game isn’t afraid to poke fun at itself. Unfortunately, a number of cracks start to chip away at the mechanics and presentation which take a bite out of the game’s overall fun factor.

The storyline in the Resident Evil series has never been known for being high art but the plot in this particular entry is nonsensical. Minor spoiler, the T-Phobos virus is triggered by fear – the intensity of that fear is monitored by the bracelets and when the bracelets turn read the subject mutates. However, T-Phobos was based on the Ouroboros and T-Viruses, neither of which were affected by the amygdala. On top of that there’s a point where several characters’ bracelets are red but they don’t mutate and the game doesn’t draw attention to this. In fact the significance of the bracelets is never brought up after chapter two. When we learn what the main villain is after and why they’re doing this the revelation borders on self-parody. 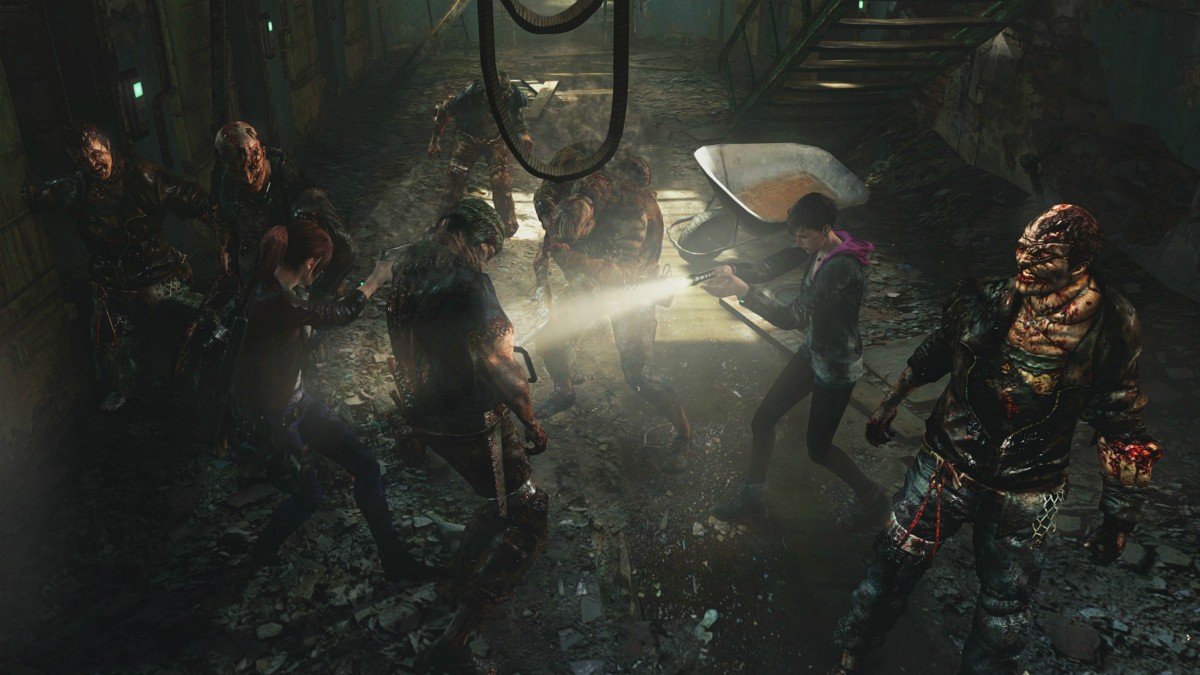 The cast in this particular entry isn’t exactly strong. Claire is somehow even less interesting than she was in Code Veronica and seems to be here simply because the devs needed a notable female lead and Jill was already in the previous game. At least in RE2 and Code Veronica, Claire had some agency and her presence was crucial to the plot. However, anyone could have taken her place in Revelations 2 and one would be hard-pressed to find any narrative difference. Moira is your textbook girl with daddy issues which she’s more than happy to remind you of every 30 minutes and when we find out where her issues stem from it’s very unsatisfying and it makes her character come off as petty. Natalia is essentially a satellite character orbiting Barry while Barry himself is the only character with any depth. This would be fine if Barry was the only character in the game, but when you have a cast of four protagonists and only one of them displays any depth at all then we have a narrative problem.

The last episodes of Resident Evil Revelations 2 are a baffling concoction of bad game design choices. Claire’s can be completed in 20 minutes (at the most) without firing a single shot while Barry’s has an elevator puzzle that brings the pacing to a complete halt followed by a mine section which forces you to face room after room of the game’s most powerful enemies. These battles are unavoidable and ammo is scarce. The issue here is that at a certain point the game wants to be played like RE5 but it still maintains the mechanics of RE – in that regard it puts you in action set pieces that demand huge payloads of ammo to advance but the ammo needed is often too scarce to play the game in that manner. 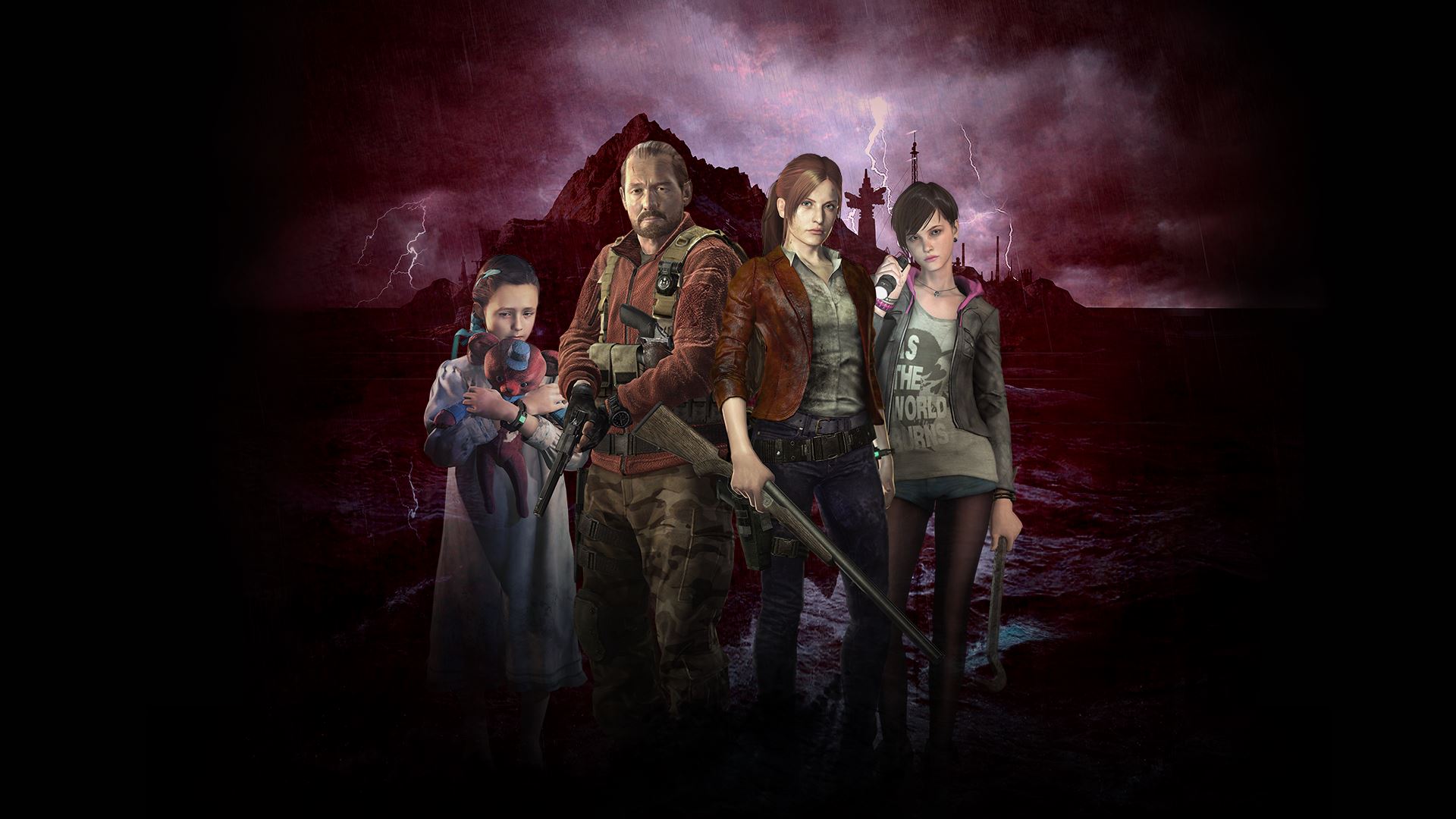 While I’m used to Resident Evil bosses being long and drawn out Revelations 2 does this in the worst way possible: the Resident Evil 6 way. Gamers might remember Colonel Sanders (Simmons) and the six or seven times you had to fight him during Leon’s campaign. While you don’t have to fight the end boss that many times, the sequences are almost as long and just as poorly designed. After the first encounter which is more of a battle of patience than skill, the game switches between Claire shooting the boss with a sniper rifle from a helicopter at a distance where the boss’s weak point is incredibly hard to spot and even harder to aim at because the helicopter keeps shaking, and Barry who fights the boss on foot with what little ammo you have left from the previous battle. With all this in mind it’s no wonder the ending to the game is just as off-putting as the journey to get there. In a certainly chapter there is a QTE but if you don’t complete that QTE in a certain manner you automatically get the bad ending an episode later. However, even if you get the good ending it doesn’t bring any closure to the game and is almost just as unsettling. 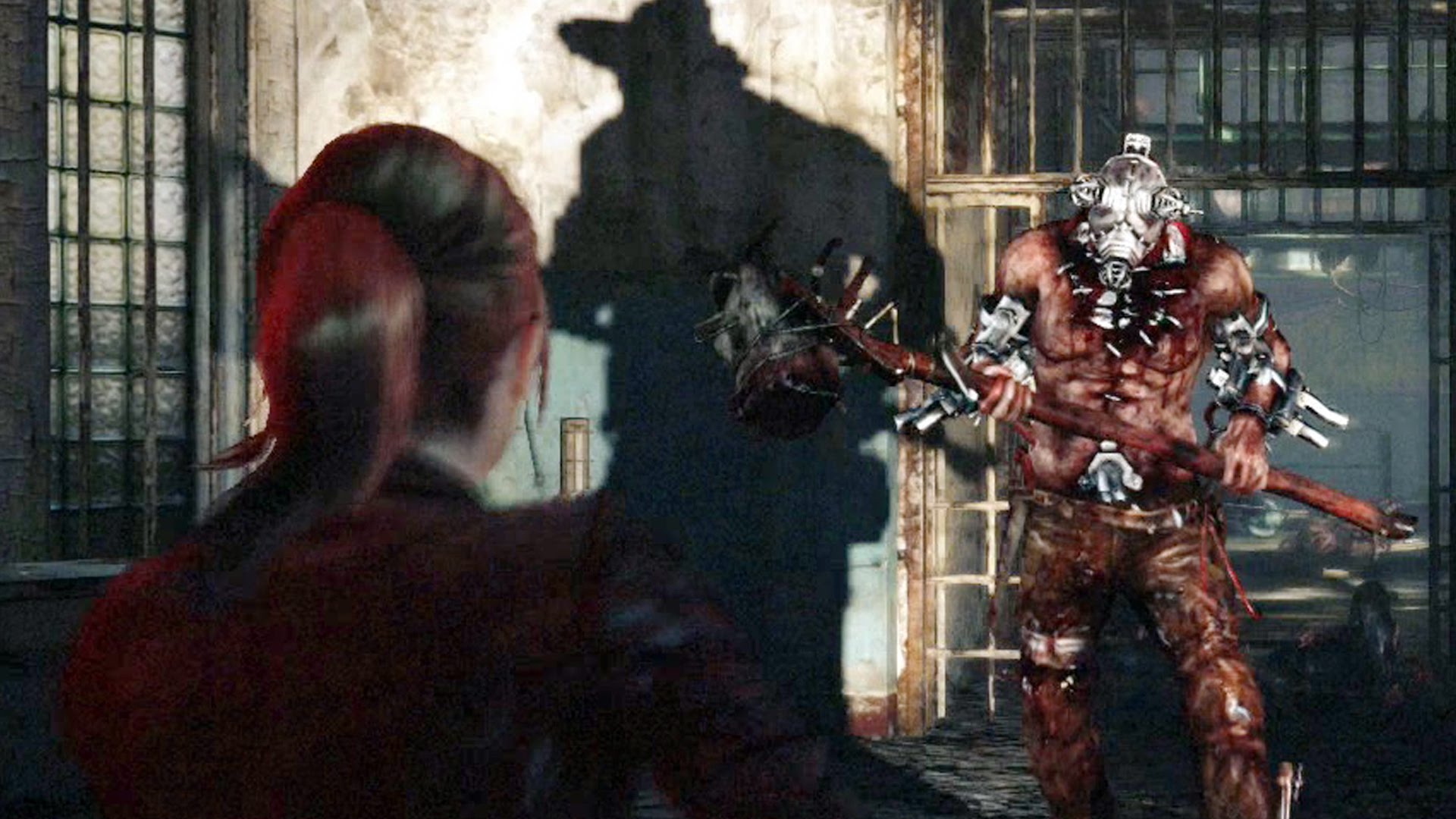 There are two extra episodes for Moira and Natalia and there is a Mercenaries-esque Raid Mode which provides additional wrinkles to the gameplay and can be fun if played in short-sessions but unless you’re one of those gamers who is all about high scores and little else it gets stale very quickly.

I enjoyed Resident Evil Revelations 2 for the first two episodes but the myriad of issues with the presentation and gameplay in the latter two episodes nearly ruined the entire experience. If you’ve never gotten into the series before this game won’t be the one to pull you in. If you’re a hardcore Resident Evil fan who absolutely must play this game then at the very least it won’t take a large chunk out of your wallet. I don’t consider it a bad game or even a bad Resident Evil because RE6 wrote the book on that, but I do feel this is one of the weaker entries in the series. If nothing else it’s reflective of the franchise as a whole: it started off so strong but just fizzled at the end.

Matthew Whetstone is a writer, editor, and interviewer with a background in journalism. His diet includes old-school wrestling, anime, comics, and video games. Hard-boiled cynicism and a side of humor, you can check out his review blog at: jetstreamreviews.blogspot.com.