High hopes were set for the latest addition to the Fantastic Four franchise. Studios wanted this film to be the reboot that would put an end to the jinx which has plagued the quartet for years now, but instead it was a bigger disaster than anything else that’s come before it. The most recent Fantastic Four featured a stellar cast, unfortunately their fate was sealed as soon as the film reached audiences on August 7th. 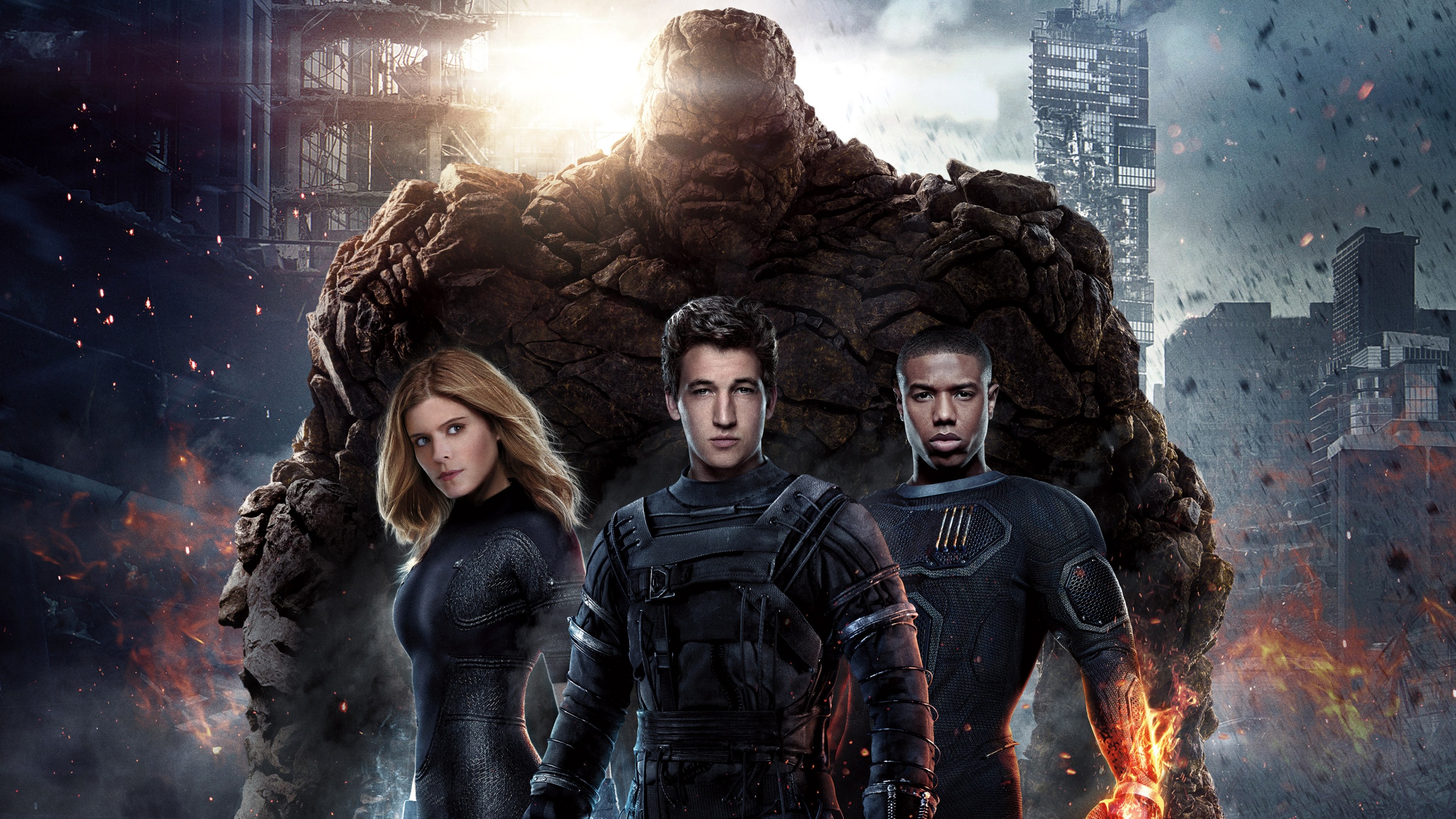 The Fantastic Four team made their “unofficial” big screen debut in 1994 in a Roger Corman movie that was never actually supposed to be seen by the public (the reasons of which still remain unclear), but is now, of course, available to watch online. In 2005, 20th Century Fox released Fantastic Four which then spawned the sequel Fantastic Four: Rise of the Silver Surfer in 2007. The latter two films did relatively well at the box office and still gain new fans to this day through streaming on Netflix and DTV, but critics weren’t on board with either, with most media sources saying they were mediocre attempts (at best) to bring Marvel’s oldest hero team to the big screen. 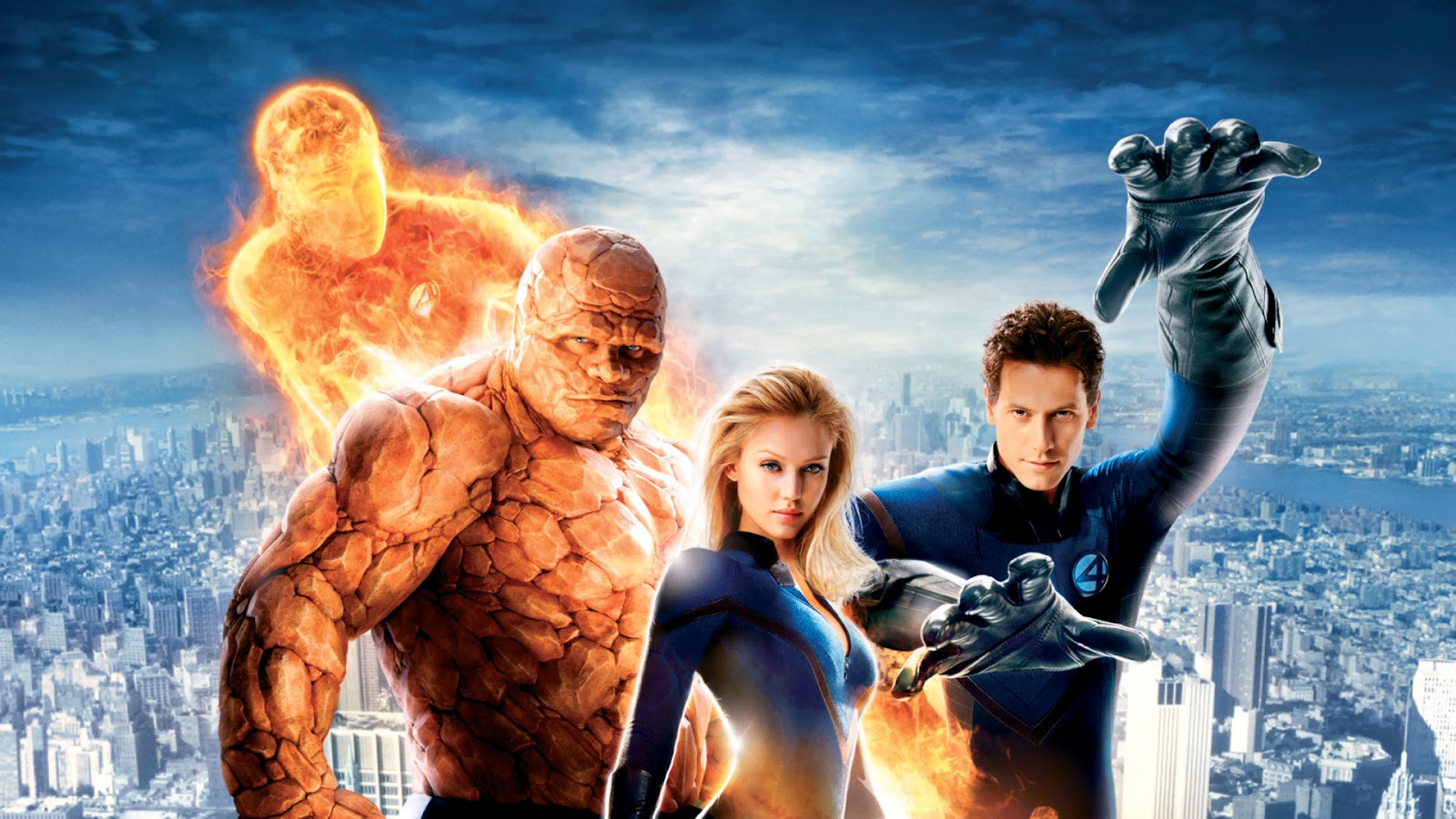 The third major big screen attempt to tell the story of Reed Richards, Sue and Johnny Storm, Ben Grimm aka ‘The Thing’ and Dr. Doom starts off going way back into the group’s past showing us 11-year old Reed and Ben first meeting in the Grimm Family junkyard. Fast forward to present day and we see their invention wreaking havoc at the science fair leading to Reed (Miles Teller) being whisked off to work at the Baxter Institute by Dr. Franklin Storm. It’s there that he meets Storm’s daughter Sue (Kate Mara) and her brother Johnny (Michael B. Jordan), and then in comes arch-villain Dr. Victor Von Doom (Toby Kebbell) brought back to help Reed finish out a project in which he had previously dabbled under the watchful eye of Dr. Storm. The ultimate goal is to use Reed’s invention to reach another dimension, and when he decides to put his device to the test he calls in his trusty old pal Ben (Jamie Bell) to join the operation.

Deviating from the traditional storyline where the four get their powers from radiation exposure, these “fantastics” are exposed to an alternate dimension giving the group their extraordinary powers. Each returning with their respective powers from the series, it’s not long before they are pitted against Dr. Doom in a series of action packed battles all shoved into the last 20 or so minutes of the film that fall short of compensating for the sense of ‘killing time’ throughout the first half of the movie. 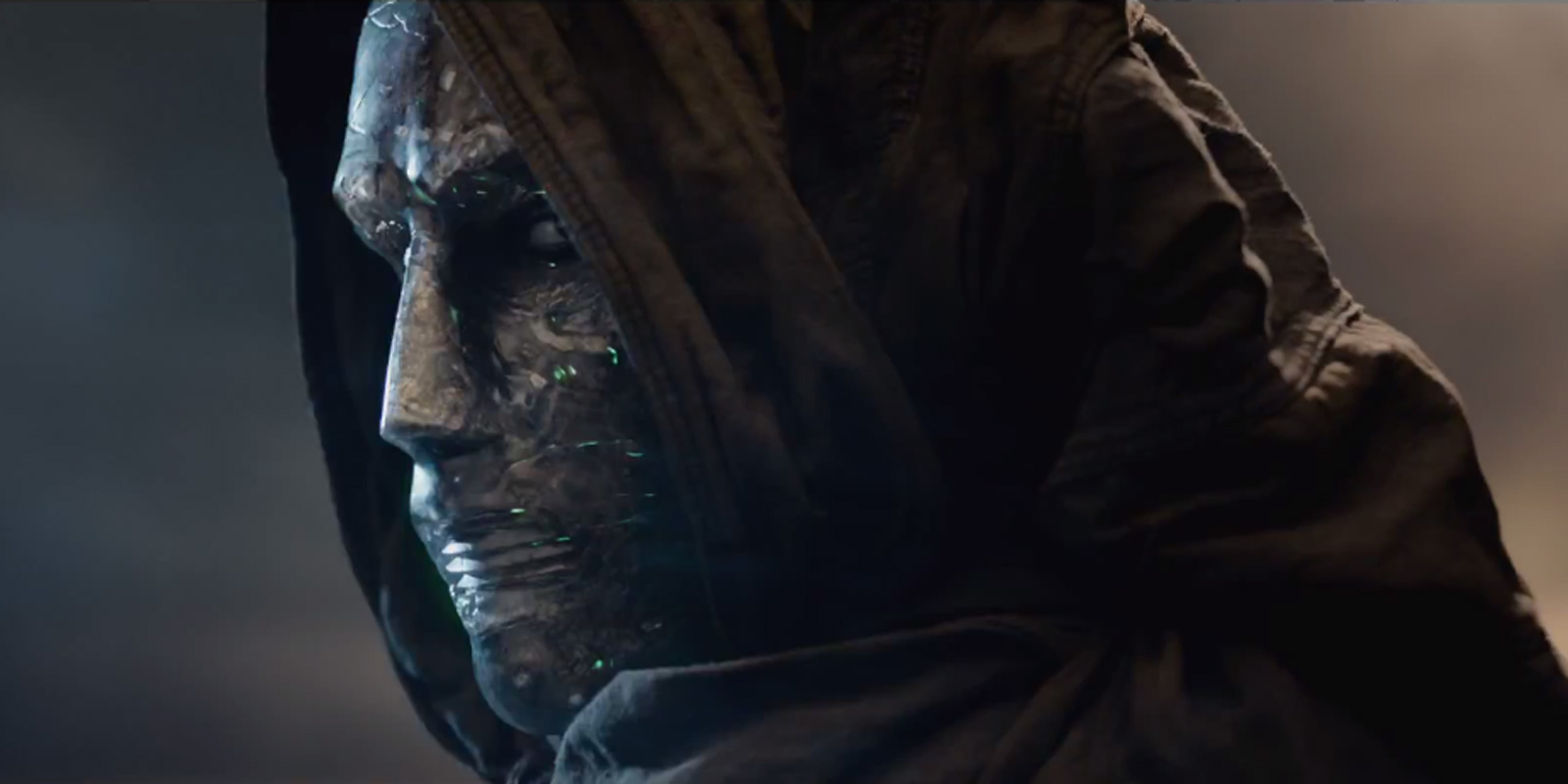 Fans of the franchise were worried about how the new movie would handle the Fantastic Four themselves – and rightfully so. From the beginning, the Fantastic Four have always been as much a family as a superhero team: Reed and Sue are married, Johnny is Sue’s younger brother, and Ben is Reed’s best friend. This family dynamic has been present since Stan Lee and Jack Kirby’s original 1961 comic. 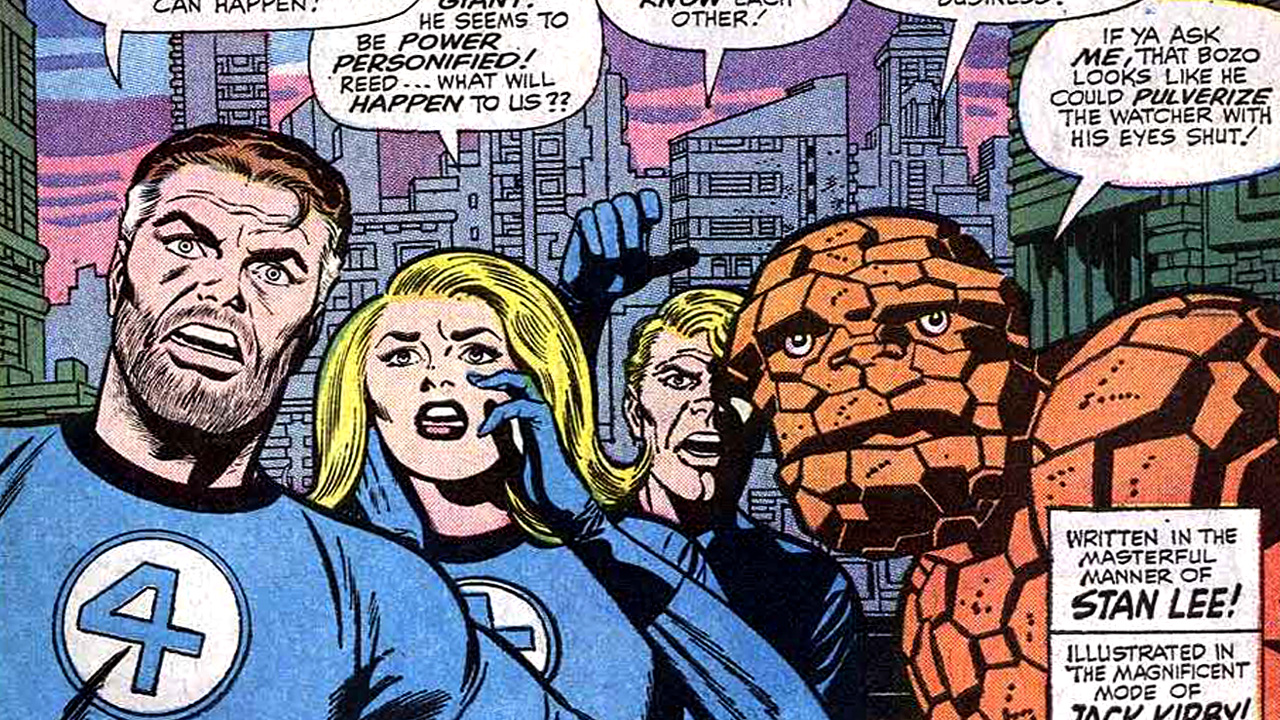 This reboot makes everybody more or less the same age killing the classic family dynamic, and fails to explore in depth the characters abilities and also barely touches on any sort of emotional response to their newfound powers. A lot of commentary has also focused on the casting of Michael B. Jordan and Kate Mara as Johnny and Sue who, in the comics, are biological siblings. Even though both are well-respected and talented actors, many are criticizing this choice based on the obvious racial discrepancy and the movie thereby portraying Sue as Johnny’s adopted sister. 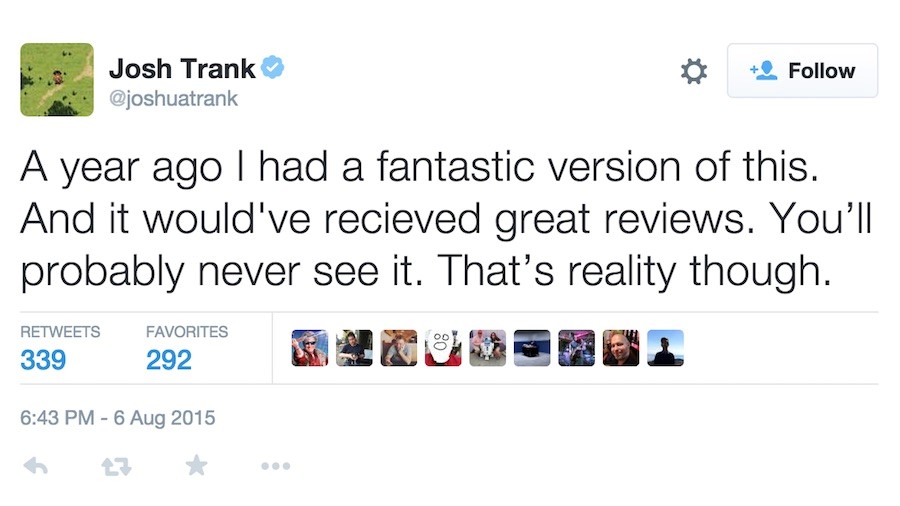 Of course, it’s difficult to assign blame to such a failure in this situation. Sure there’s the loud remarks from director Josh Trank accusing the studio of wrecking his movie, but there’s also the fact that the Fantastic Four movies are based off a 50+ year old comic with elements that have aged poorly, including many that just can’t successfully transfer over to a 21st century movie. In my opinion, there are four plain and simple reasons this movie just didn’t work: 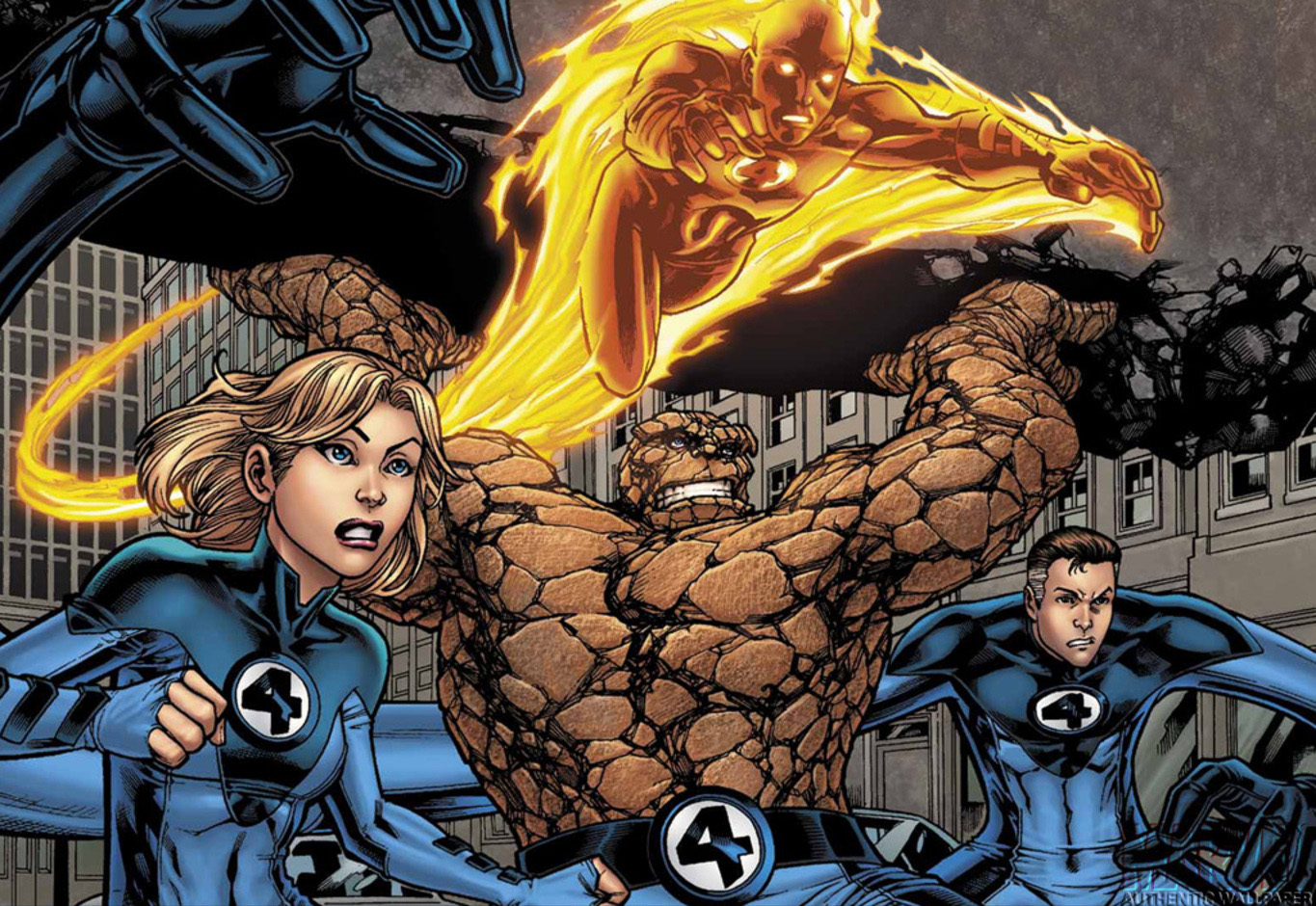 For a Fantastic Four movie to really work at this point, it may be time to just leave the franchise’s classic comic book roots behind and start anew. But no matter where the blame falls at this point, one things for sure, no one knows what exactly is in store for the future of the Fantastic Four. See, 20th Century Fox made this movie simply because they had to in order to keep the rights to the franchise from reverting back to Marvel. There was never a masterpiece in the works, and after this movie turned out be a disaster, the fate of Fantastic Four 2 (which has a release date of 2017) now hangs in the air.

Jessica Bailey is a guest contributor to Action A Go Go. The views and commentaries expressed on these pages are solely those of the author and are not necessarily either shared or endorsed by ActionAGoGo.com.