Halloween is almost here, and the one anime title recommended for this month is Sui Ishida’s Tokyo Ghoul!

This story is about a young man, Ken Kaneki, who suddenly becomes a carnivorous ghoul that must devour human flesh to live after surviving an encounter with his date. From there, Ken is engulfed into a world of mystery, horror, and darkness filled with twists and turns.

This Seinen hit made its initial debut in manga form in 2011 and has since spawned prequel and spin-off manga titles in addition to an anime series. The anime adaptation of Tokyo Ghoul is currently awaiting its third season while the first two seasons are available on Funimation’s streaming service, Hulu, and Netflix. 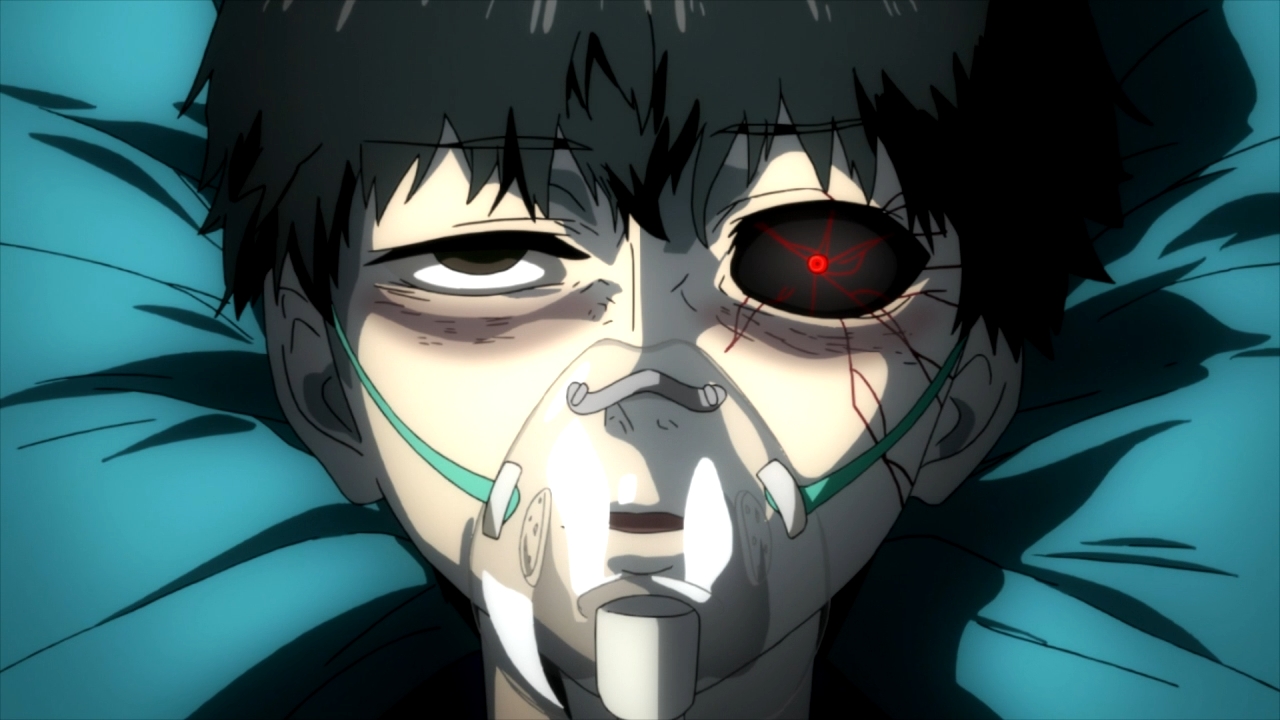 Chock full of frightening action, intense shock-value, and downright creepy moments, Tokyo Ghoul is worth a marathon view over the course of this terrifying month.

If you have any fun facts, thoughts on scenes or just some good old memories of the series, feel free to share them with us in the comment section.