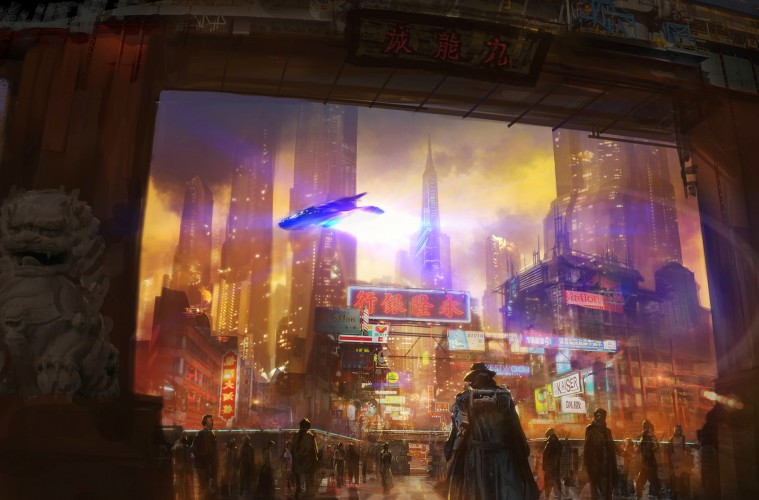 Artist Spotlight: An Interview With Joseph Kim + His Awesome Art!

It doesn’t happen often, but every once in awhile I get truly jealous. Particularly, when I see art like that of Joseph Kim, I lose it!

A concept artist from South Korea, Kim went to Hongik University in Seoul, Korea and got his Bachelor of Fine Arts in Animation. From there he has gone on to work with clients such as Hyundai Department and Hancook Tires. He has also worked on the game Metro Conflict and most recently Ghost in the Shell. When we reached out for an interview with Mr. Kim he kindly accepted.

He was nothing but patient and kind throughout the entire process and was gracious enough to give us a glimpse into his inspirations and creative processes. 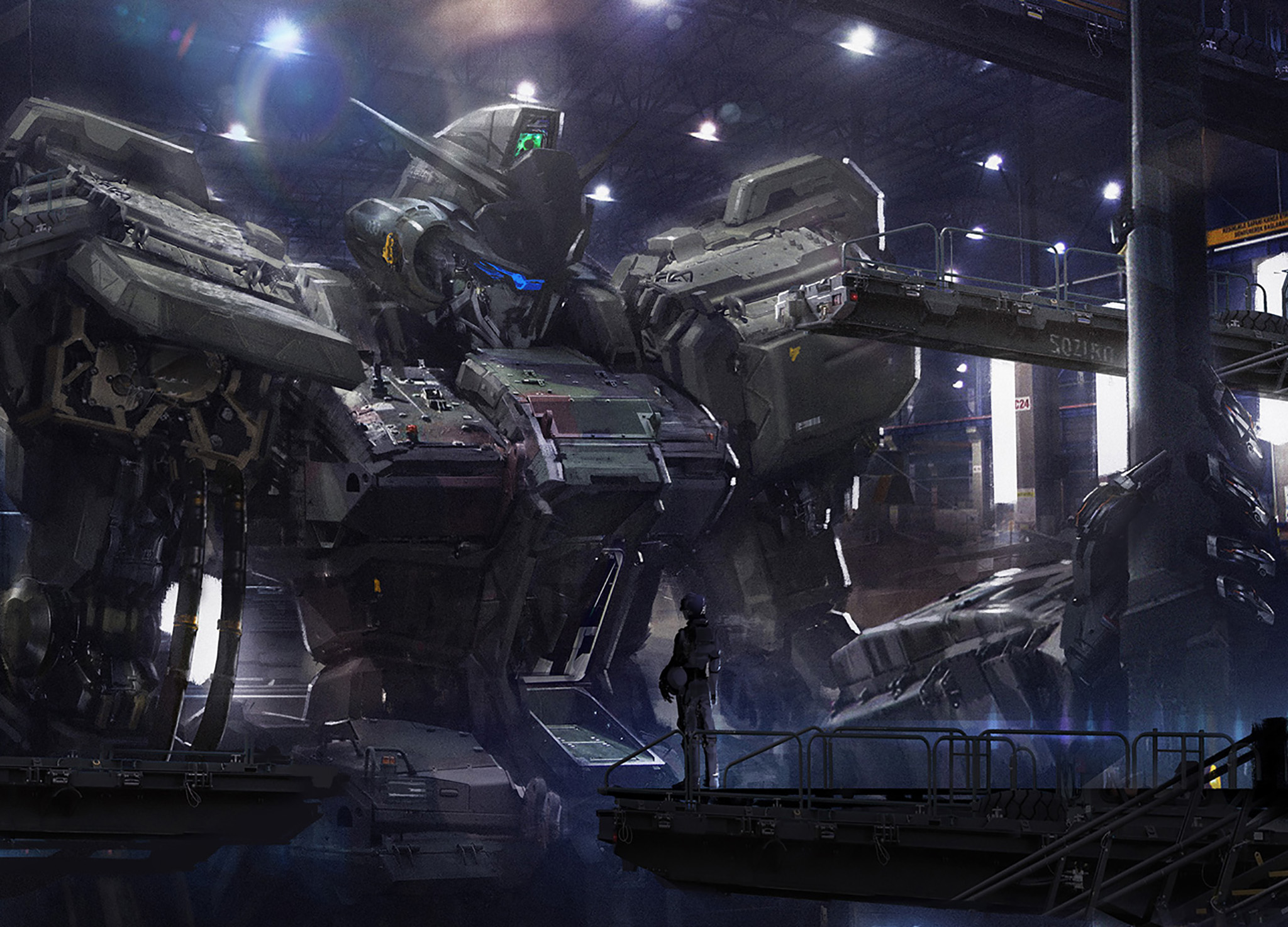 ACTION A GO GO: When did you decide to become a concept artist?

Kim: I don’t precisely remember the moment, but I believe it was the time in my childhood whenever I saw awesome drawings on game packages. Then I started to imitate the drawings in game magazines and it was the start.

AAGG: What would you consider to be your first major project?

Kim: Although there are many, I believe my very first major project was the senior project for my gradation in University. It was producing a short-film animation, and it was the first project I was involved in every step of the process from idea, source production and rendering. It was hard as any project and gave me a good foundation in understanding real industry in starting my career.

AAGG: When you are approached with a new project how do you go about coming up with ideas for that project?

Kim: I try to get many ideas from diverse areas. Usually I get inspiration from novels, science magazines, and technology articles. I should say I am an idea collector, trying to read or view as many as I can and to expand the idea, and lastly I imagine. For example, when I was working on a fantasy genre game I would get sources from the National Geographic magazine. They have amazing images of exotic jungles or temples. I would watch them and then I imagine myself as a scientist or explorer to expand the image and add color. 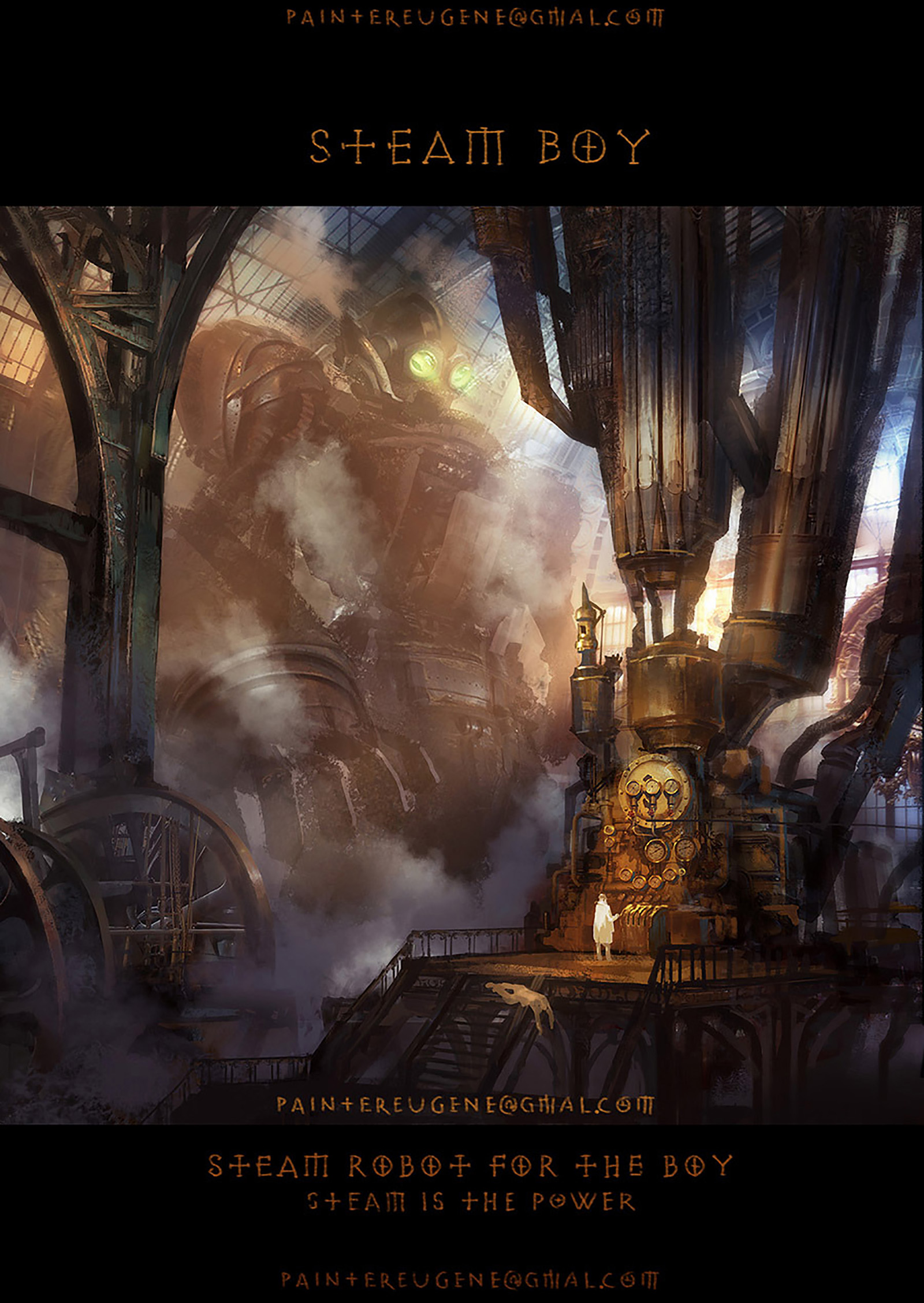 AAGG: How long does it take for a project to go from the idea stage to a complete, finished project?

Kim: This varies by every project. Usually it takes about 3 years and publishing could take longer [depending on] the [ condition of the market].

AAGG: What do you consider to be your biggest influences and what continues to inspire you?

My favorite artist is Claude Monet. I used to imply or imitate his drawing. Also the modern artist who inspires me the greatest is Craig Mullins, AKA “Goodbrush” I believe he is the best digital painter alive and I hope to become like him one day. The artwork is amazing! Perfect color control with minimal detail but somehow it’s very realistic. Simply letting people’s imagination fill in the rest.

AAGG: Your landscapes are incredibly detailed and unique. How do you approach landscapes and manage to imbue them with such character?

Kim: It’s about adequate realism. When things are just too real people tend to search for shortage and become obsessed with that. However, when the image is expressed with a little over the line in realism, people can look beyond the elements to imagine further and this process draws people in deeply. Simply, it’s about leaving a little space out for people to imagine. 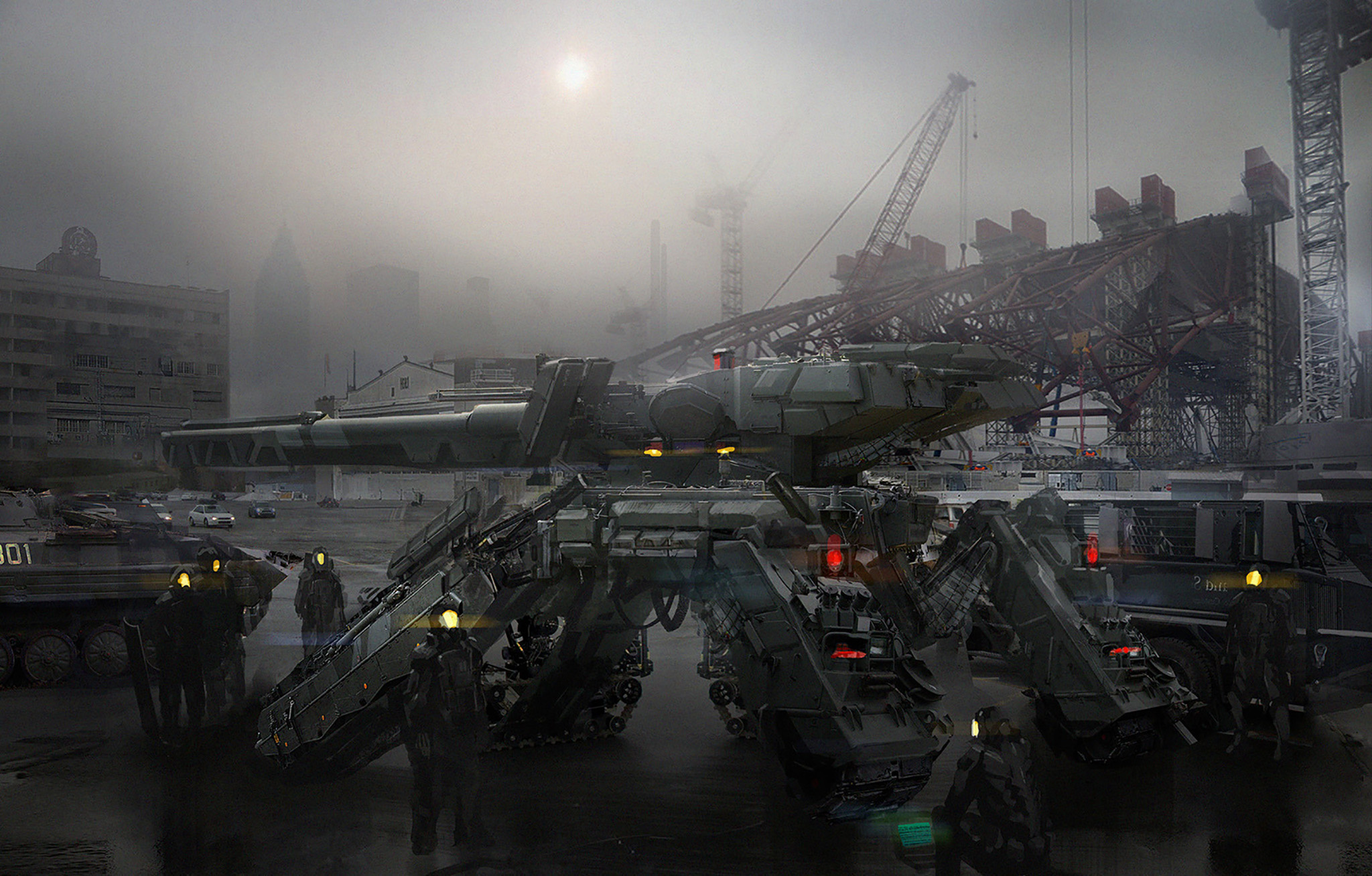 AAGG: You’re giant robots and mecha are also filled with character. As an artist, how do you approach these characters with a fresh take?

Kim: They must look functional. Even if you’re not a scientist or engineer, by looking at the machines people can easily imagine the performance of proper mechanical properties if the visual isn’t too ridiculous. But it shouldn’t be too obvious because it can no longer draw interest, so I try to balance between being realistic and unrealistic.

AAGG: Finally, what are you looking forward too? Are there trends you are seeing that we should keep an eye on or are giant robots and superheroes going to keep grabbing everyone’s attention?

Kim: As far as my professional goal I am hoping to expand my career in Northern America where all the world class teams are available. Because there are not enough successful FPS games in the Korean development market my strong desire for better graphics made me turn my eye to the bigger world.

I believe giant robots and superheroes are not only the newest trend but a history representing a victory for science, which was built together through revival of technology in America. Now it’s just acknowledged more with advanced computer graphic development for more viewers to enjoy. I believe it is already placed as a strong genre and it will continue into the future with its long history, as long as graphics exceed people’s expectations and actual technology enhancement.

We’d like to thank Mr. Kim for taking the time to share his work and inspirations with us. Below is the gallery of his art and please feel free to click on any image to get a larger version. 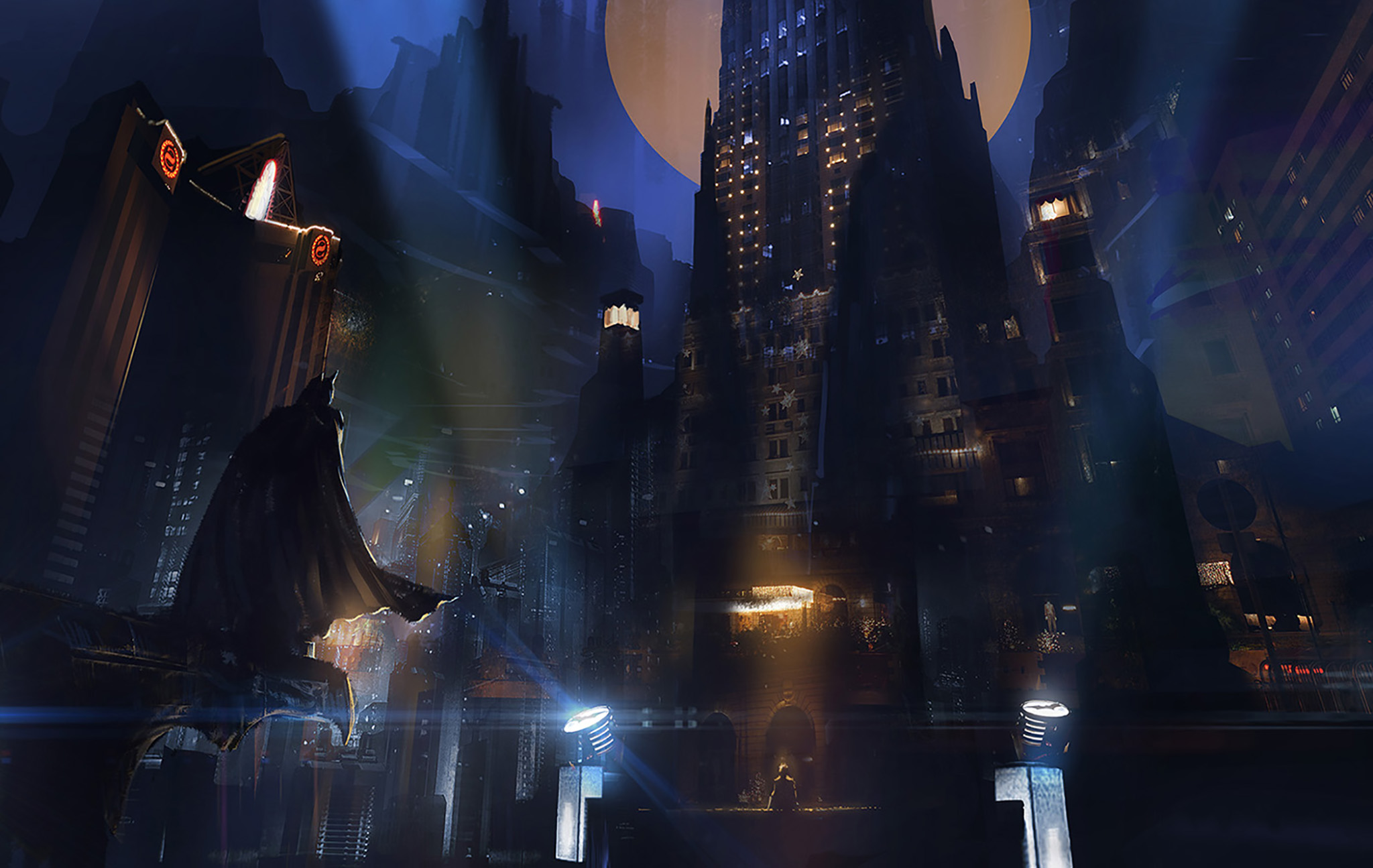 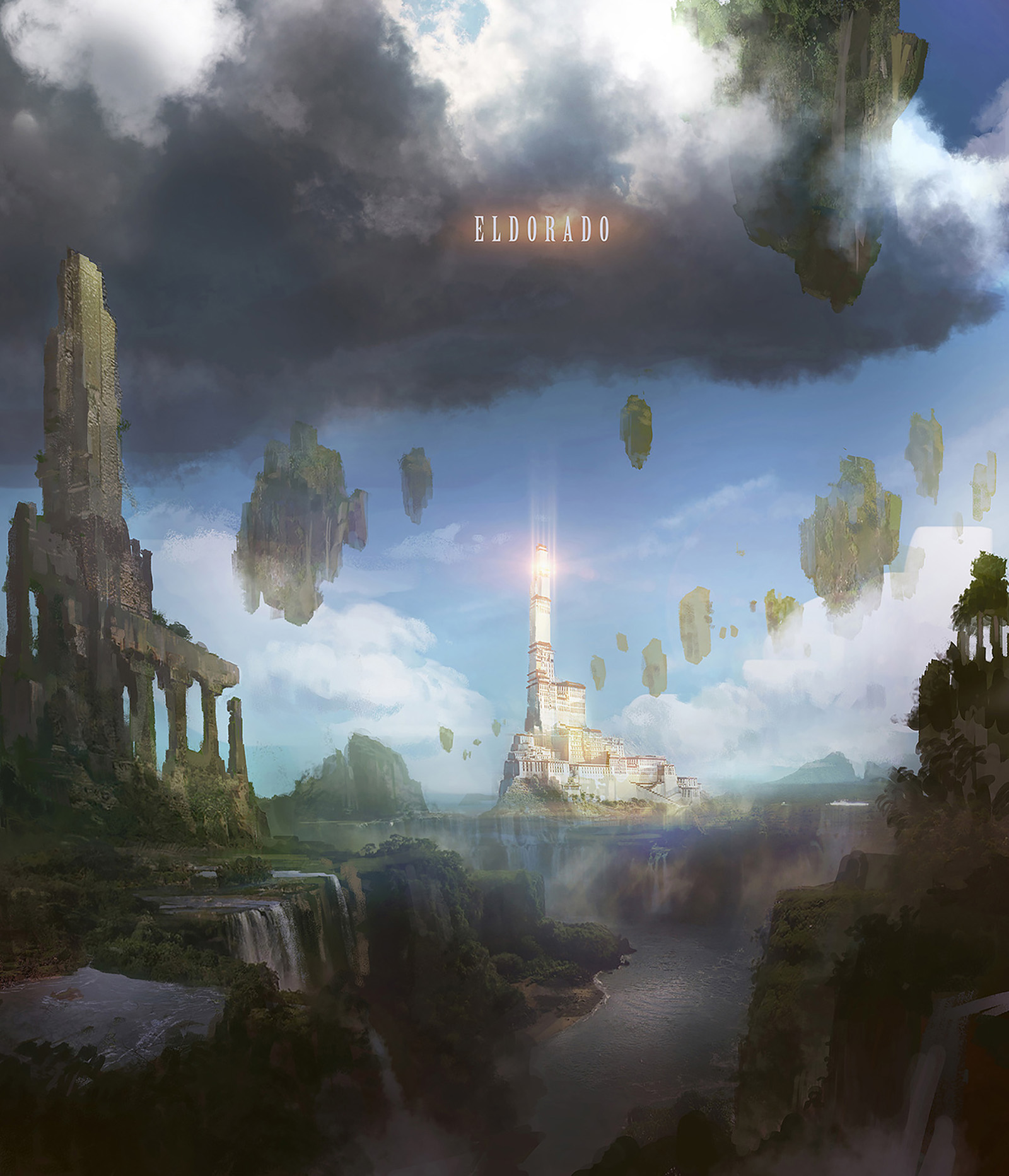 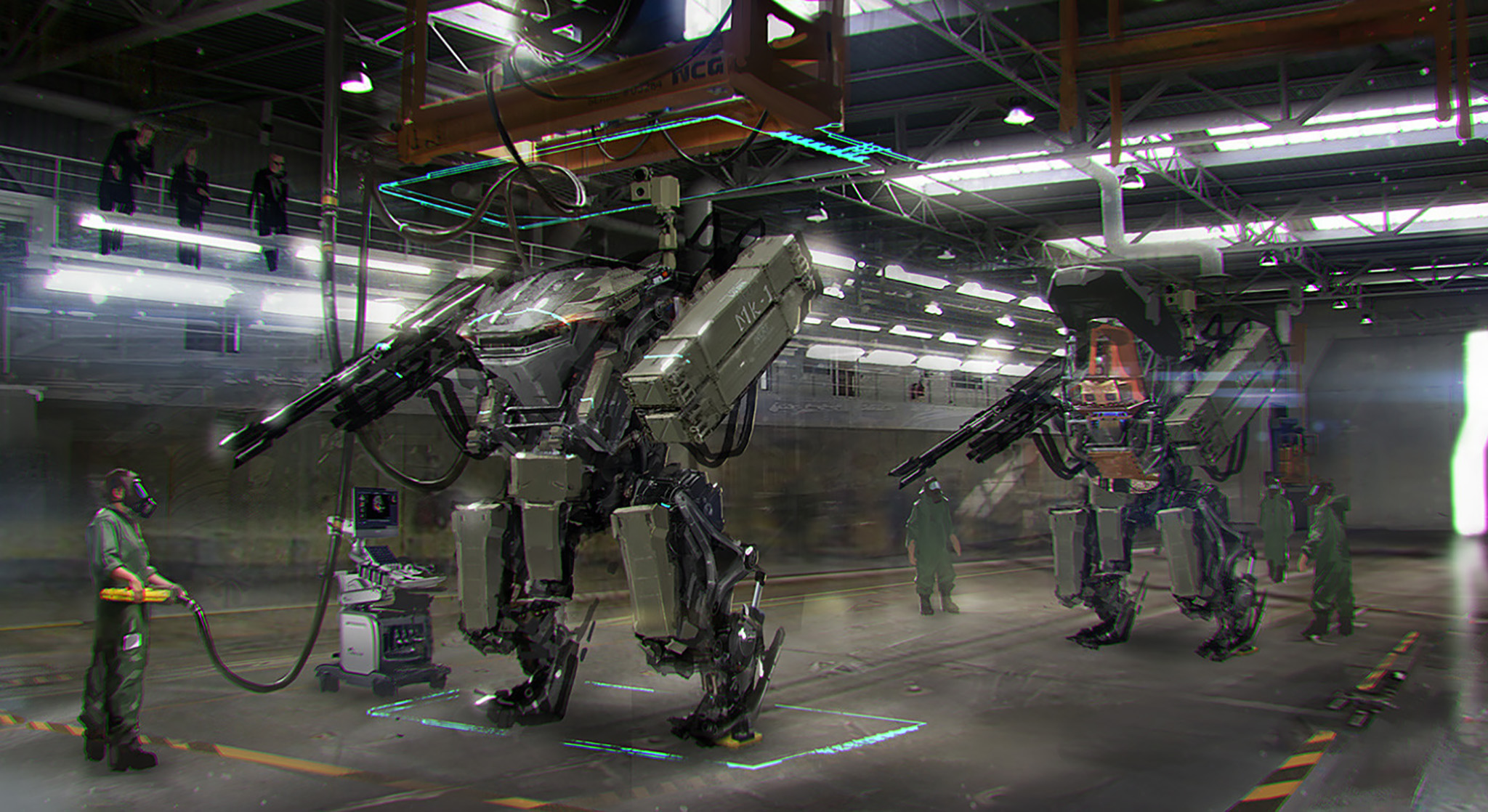 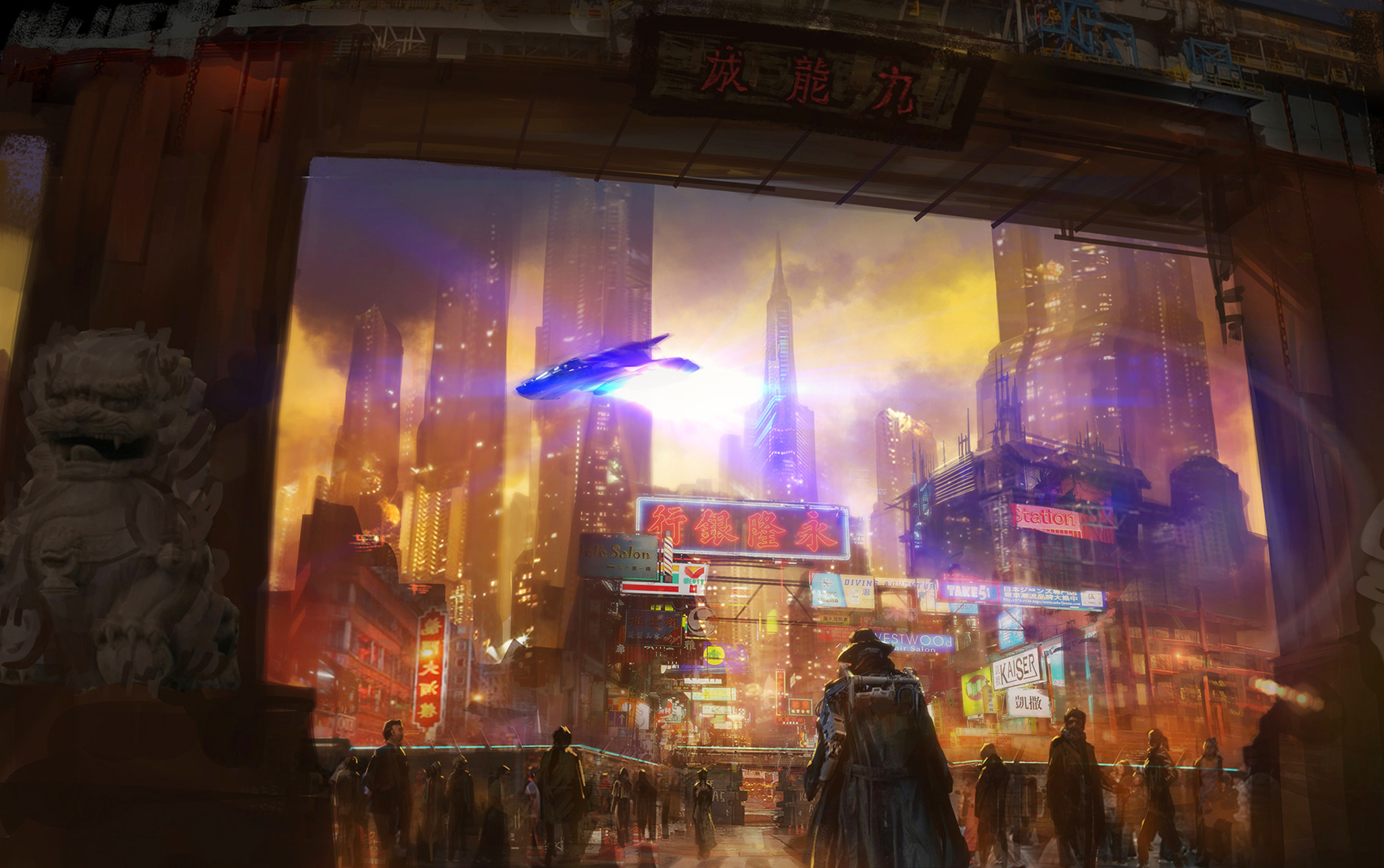 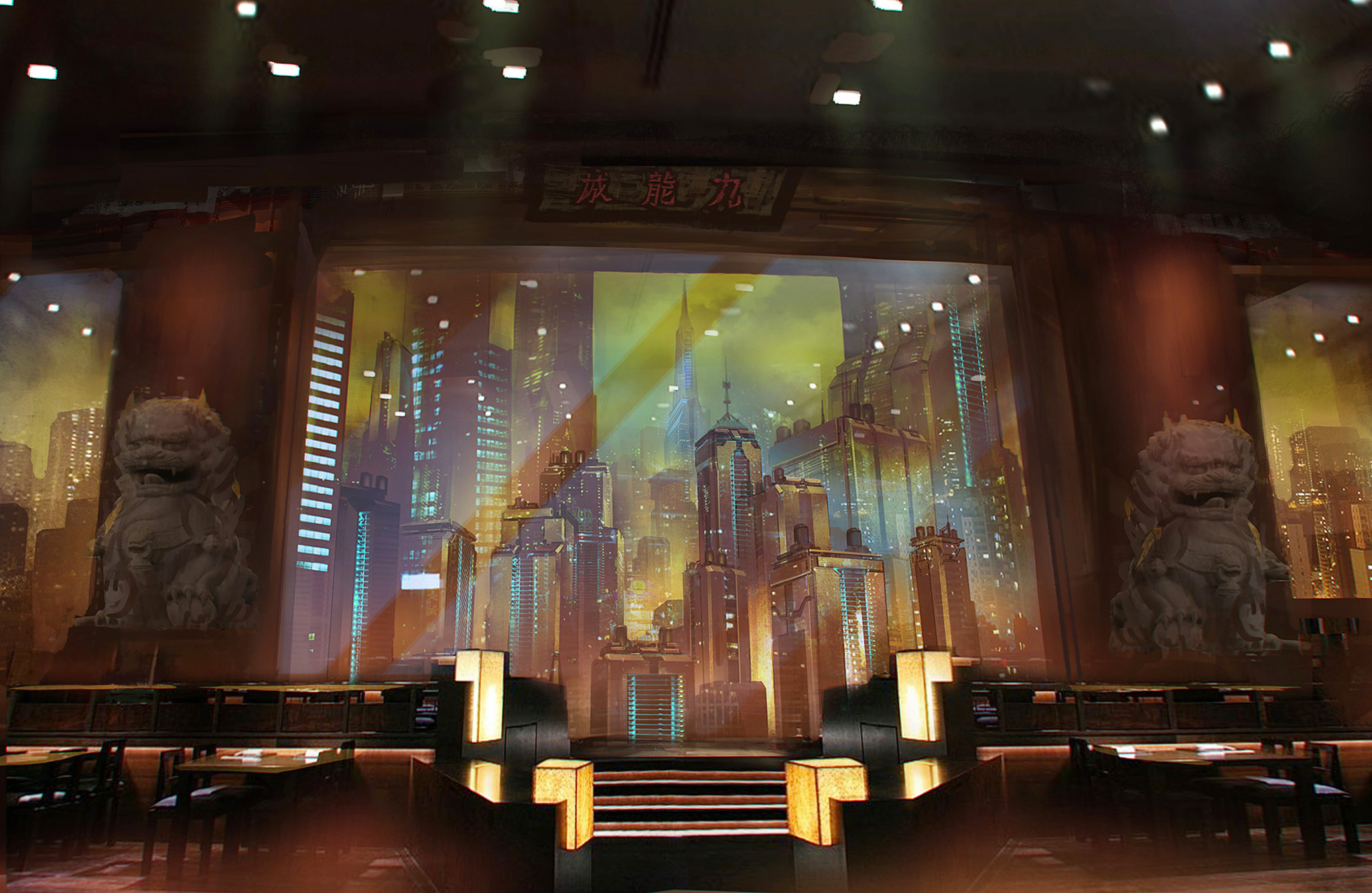 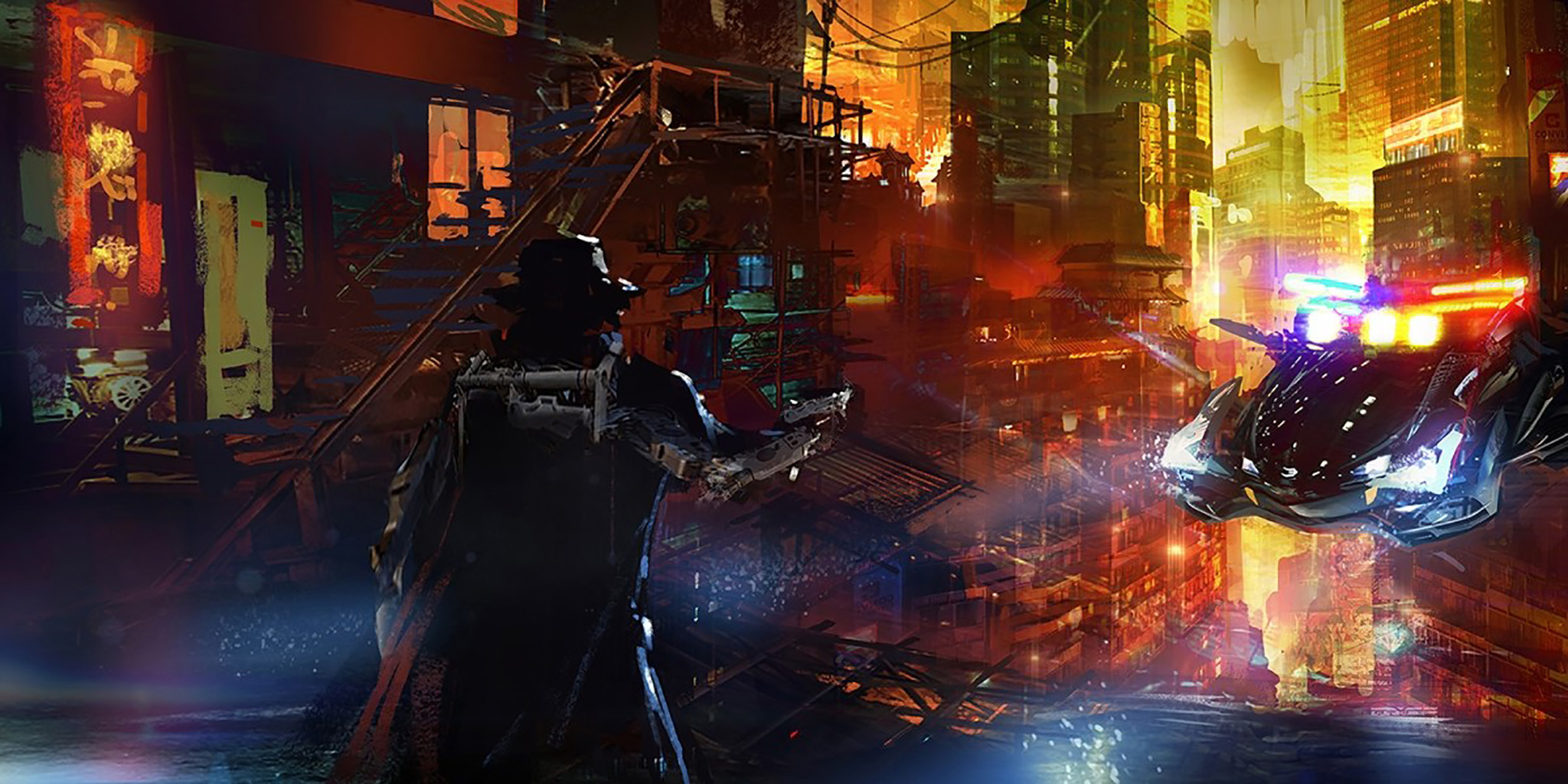 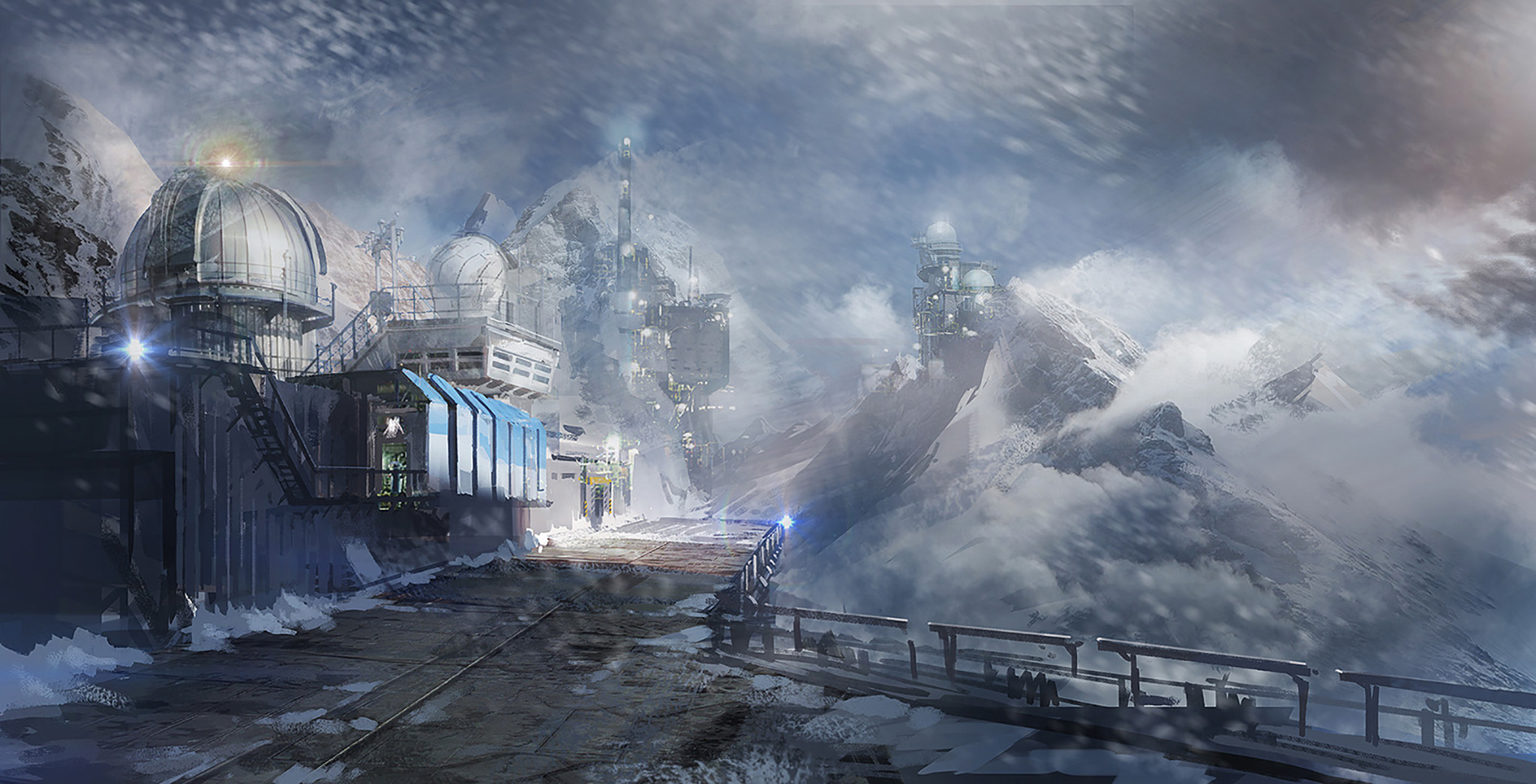 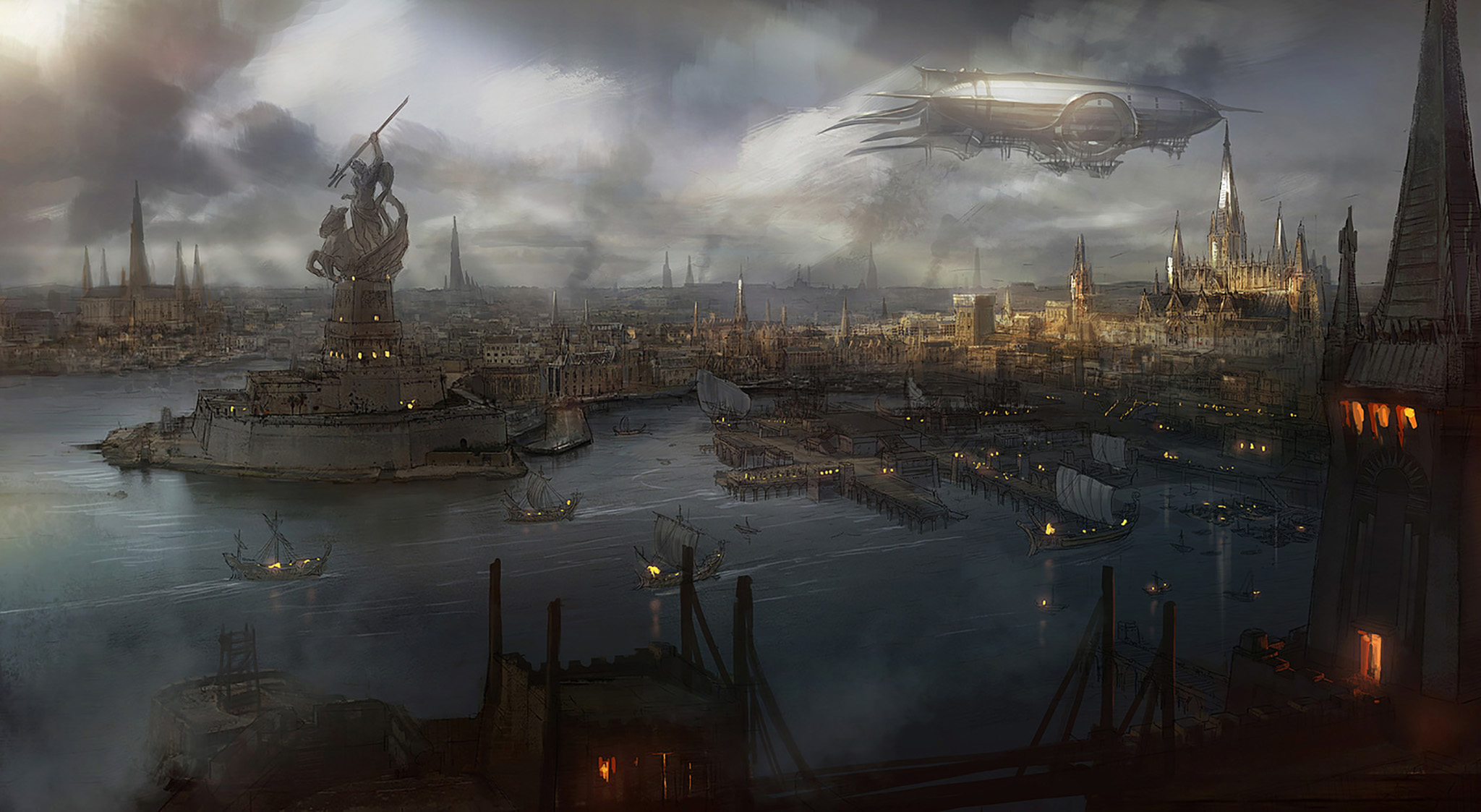 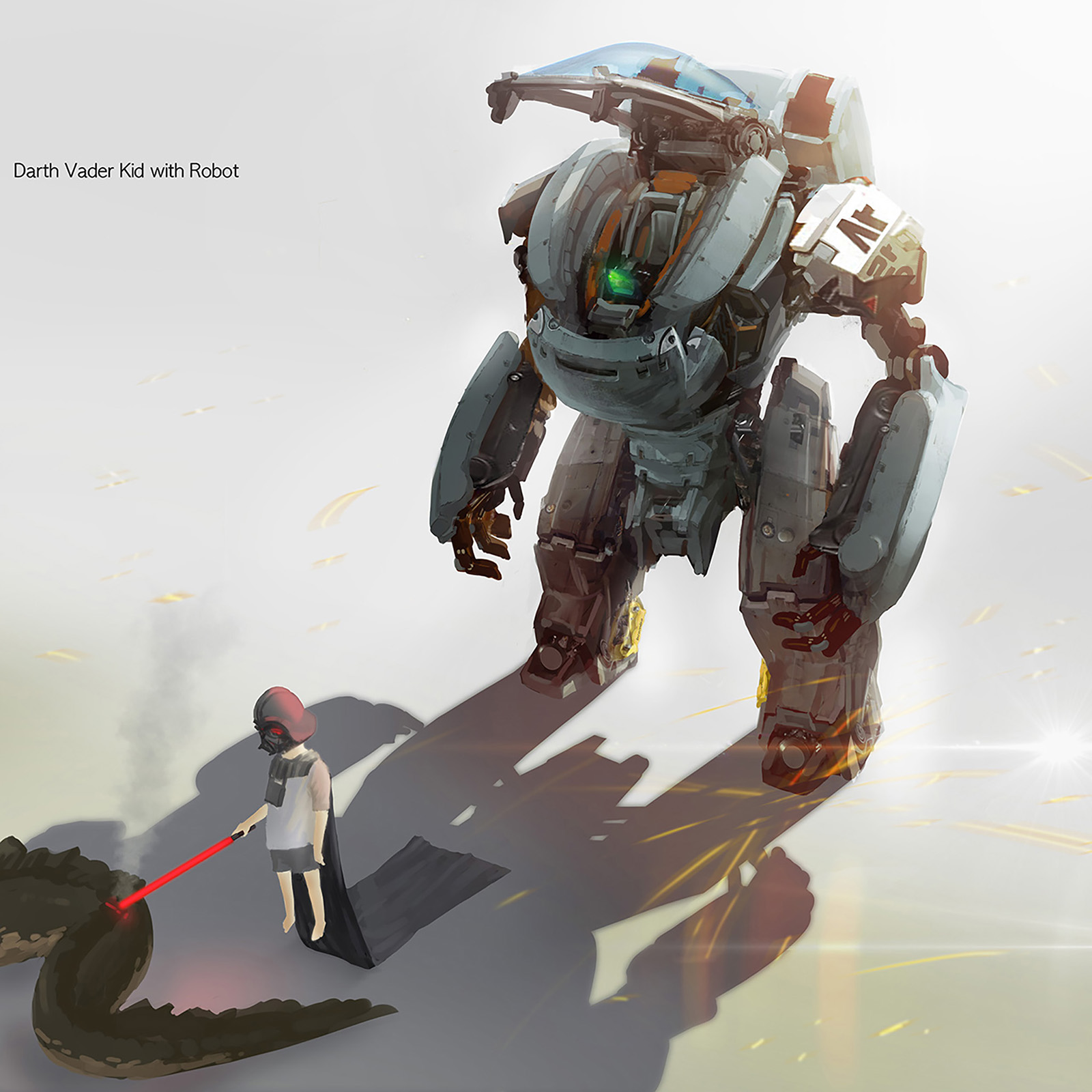 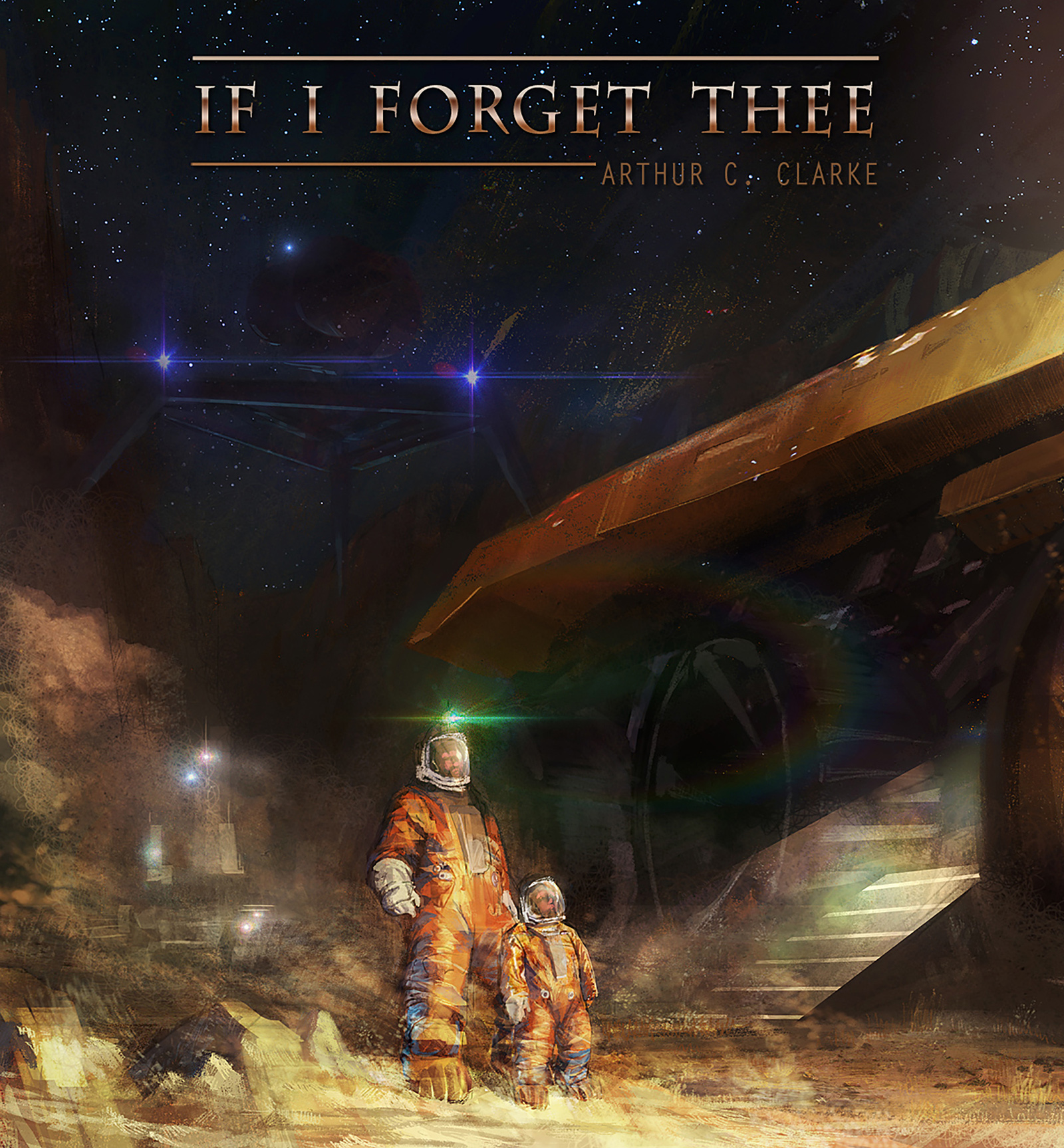 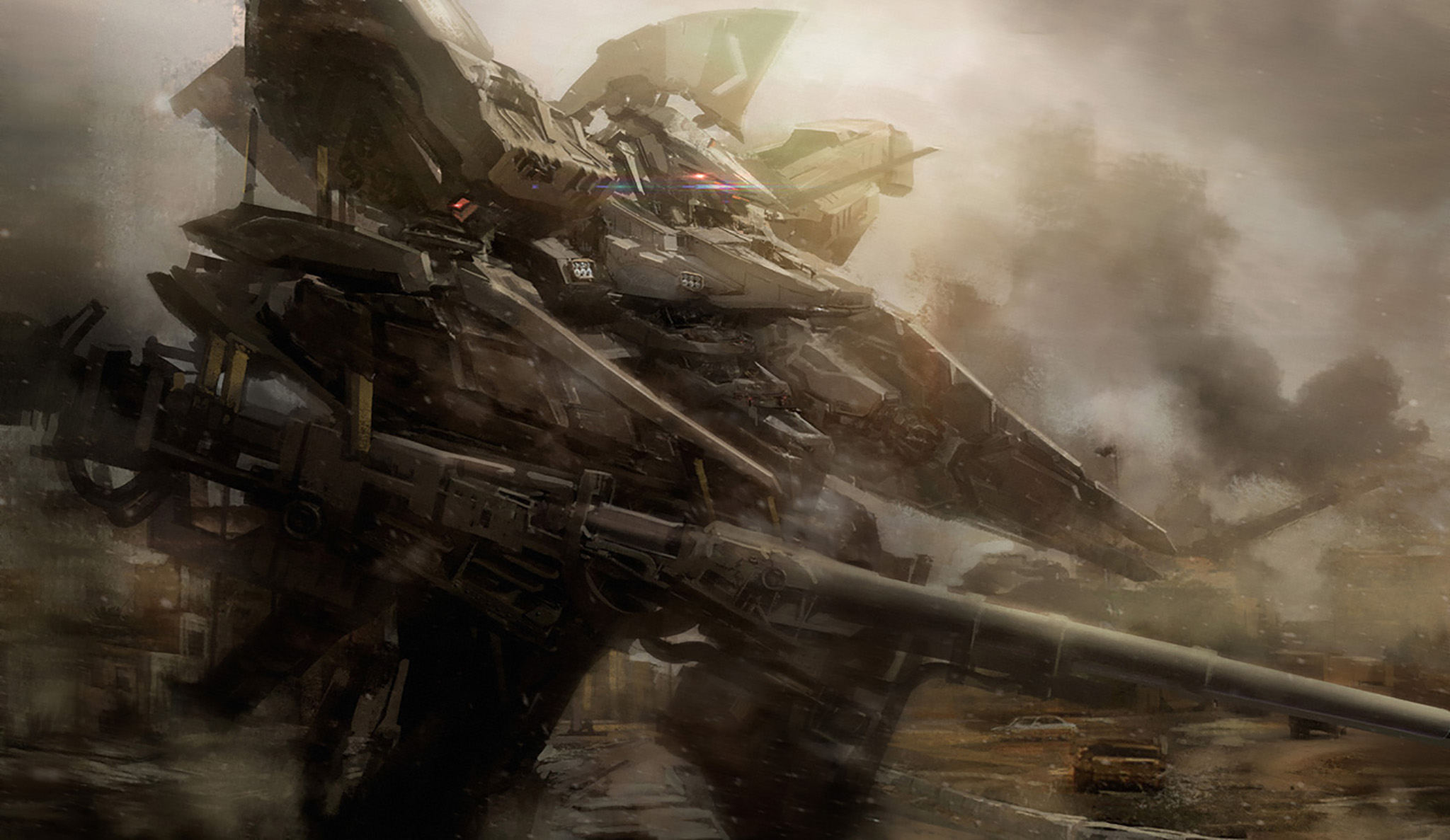 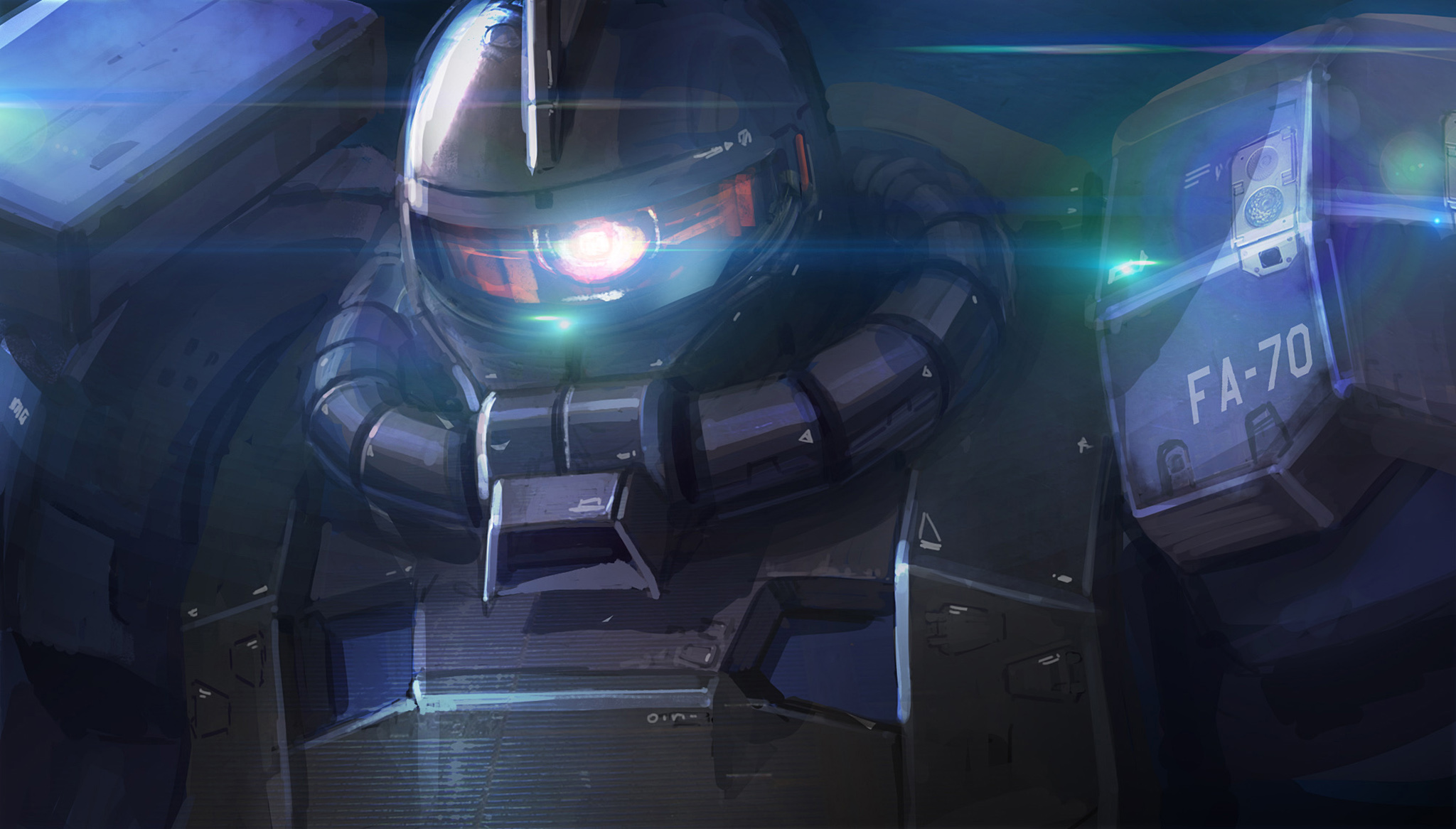 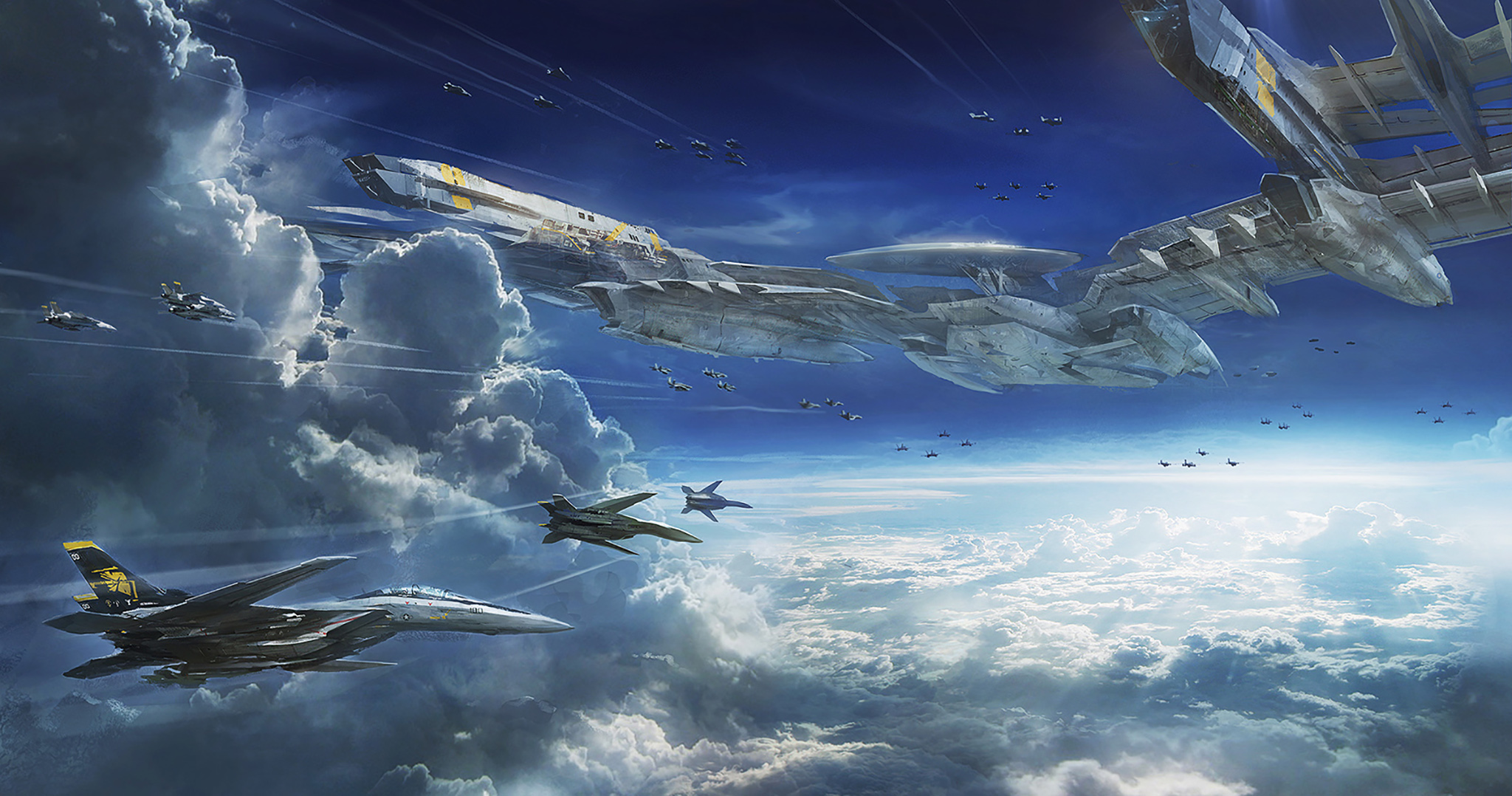 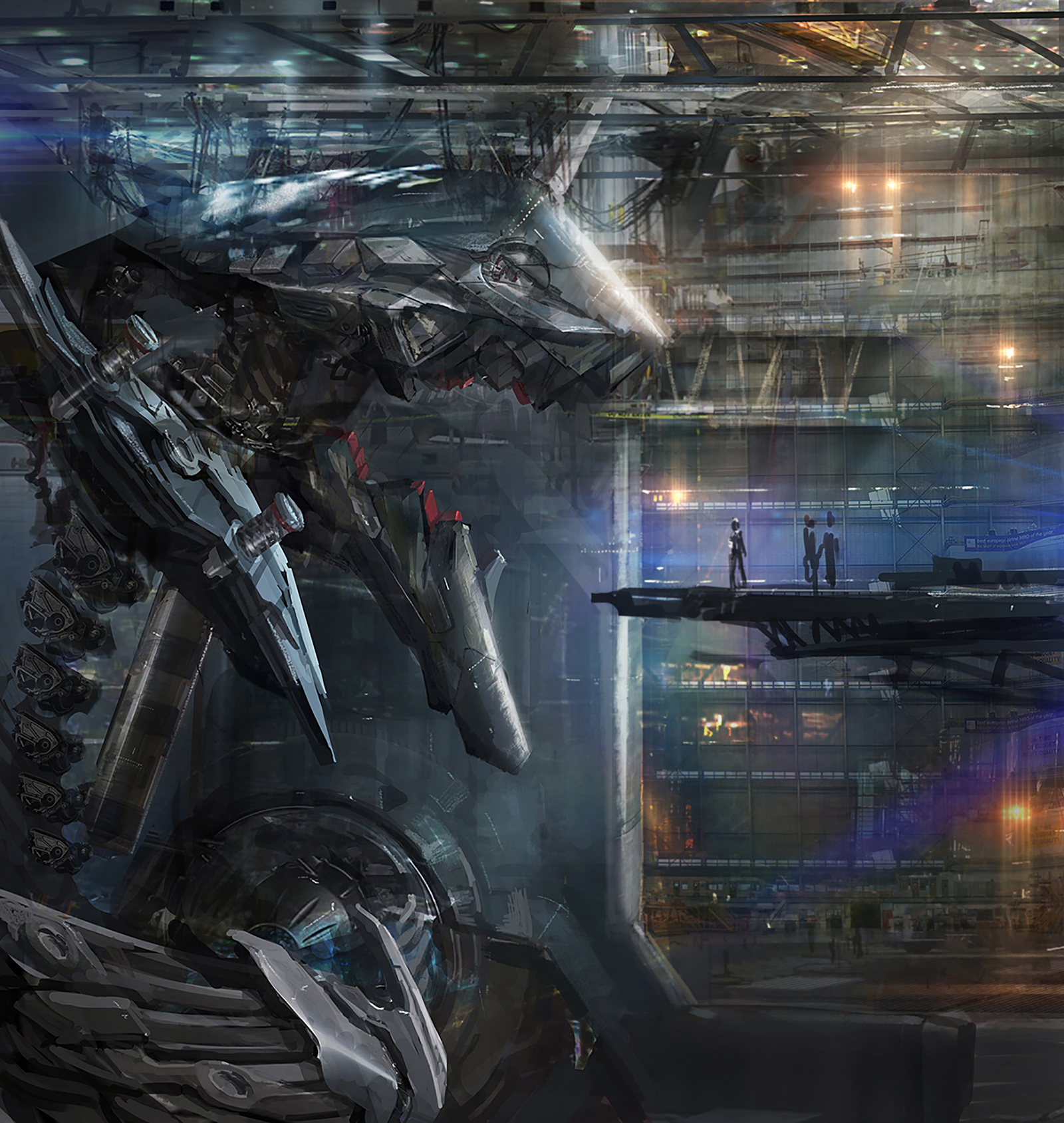 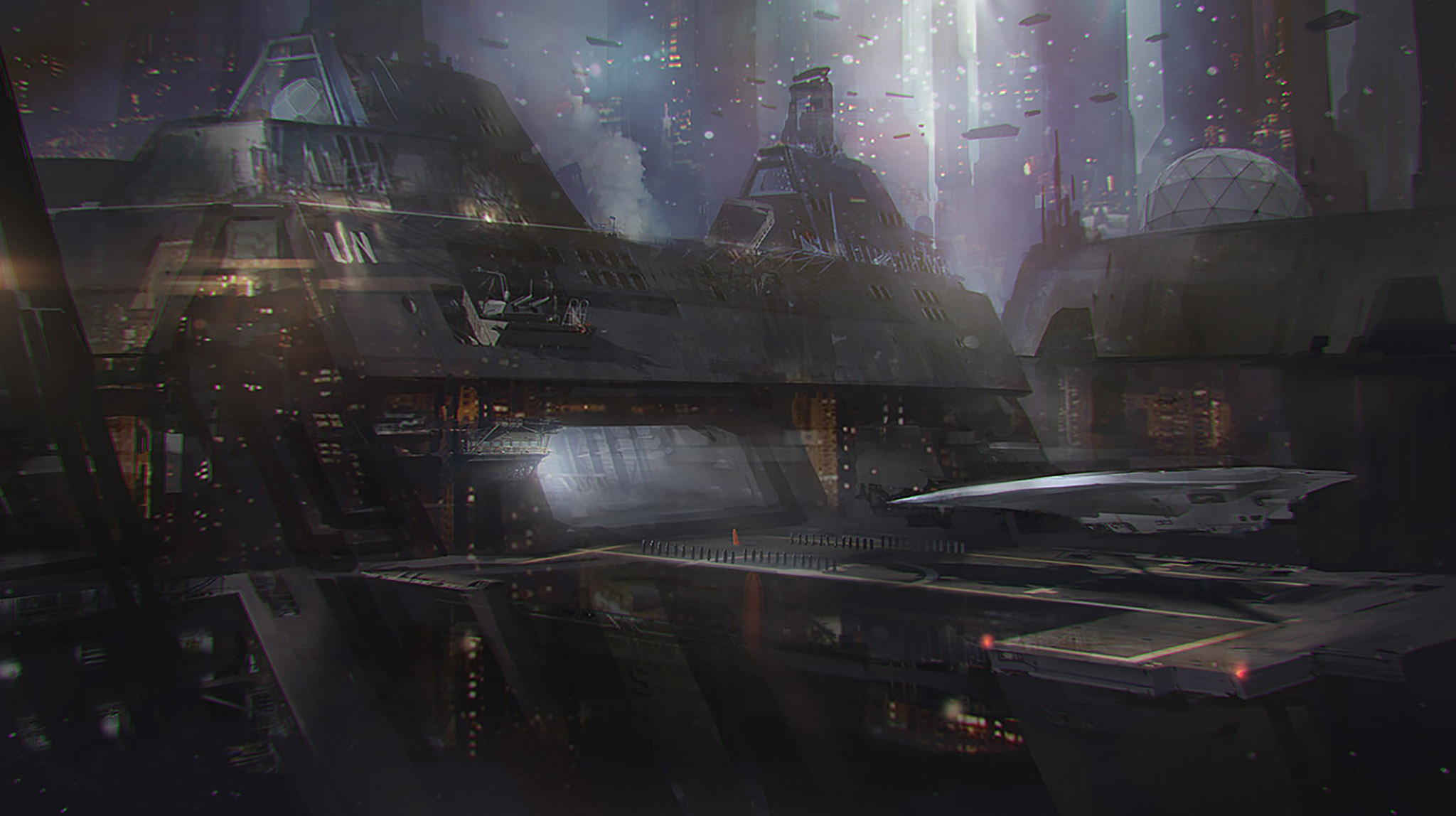 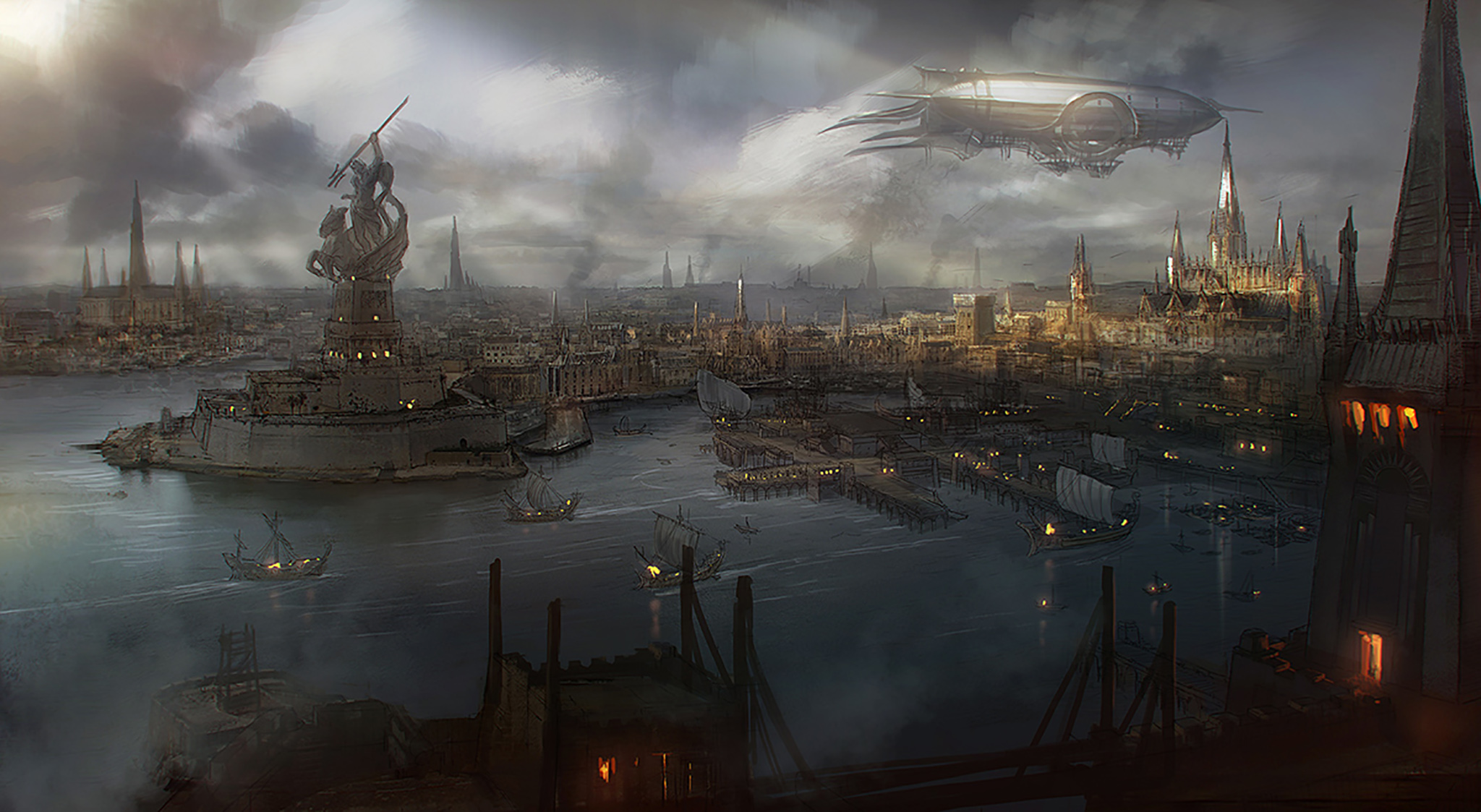 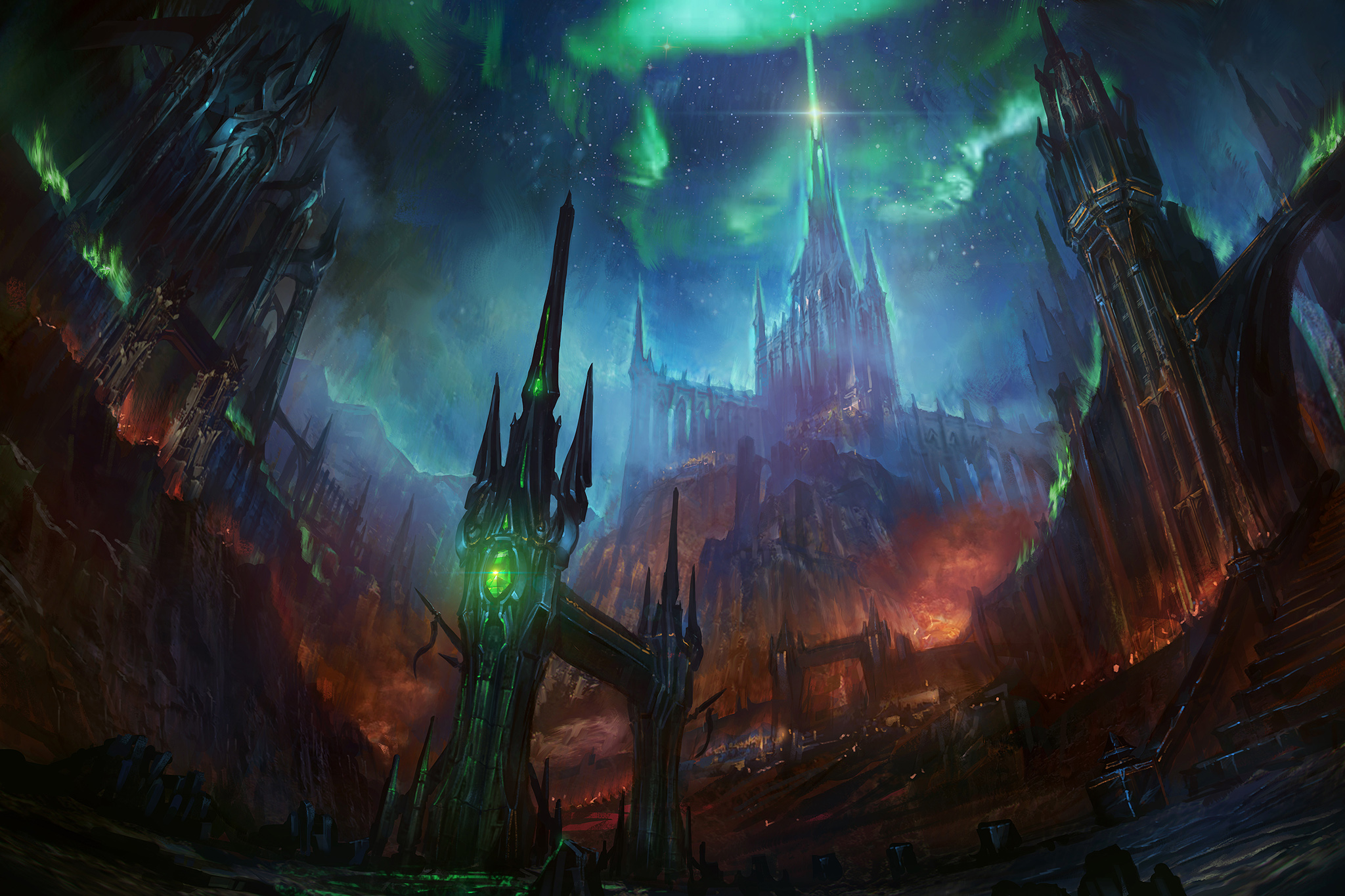 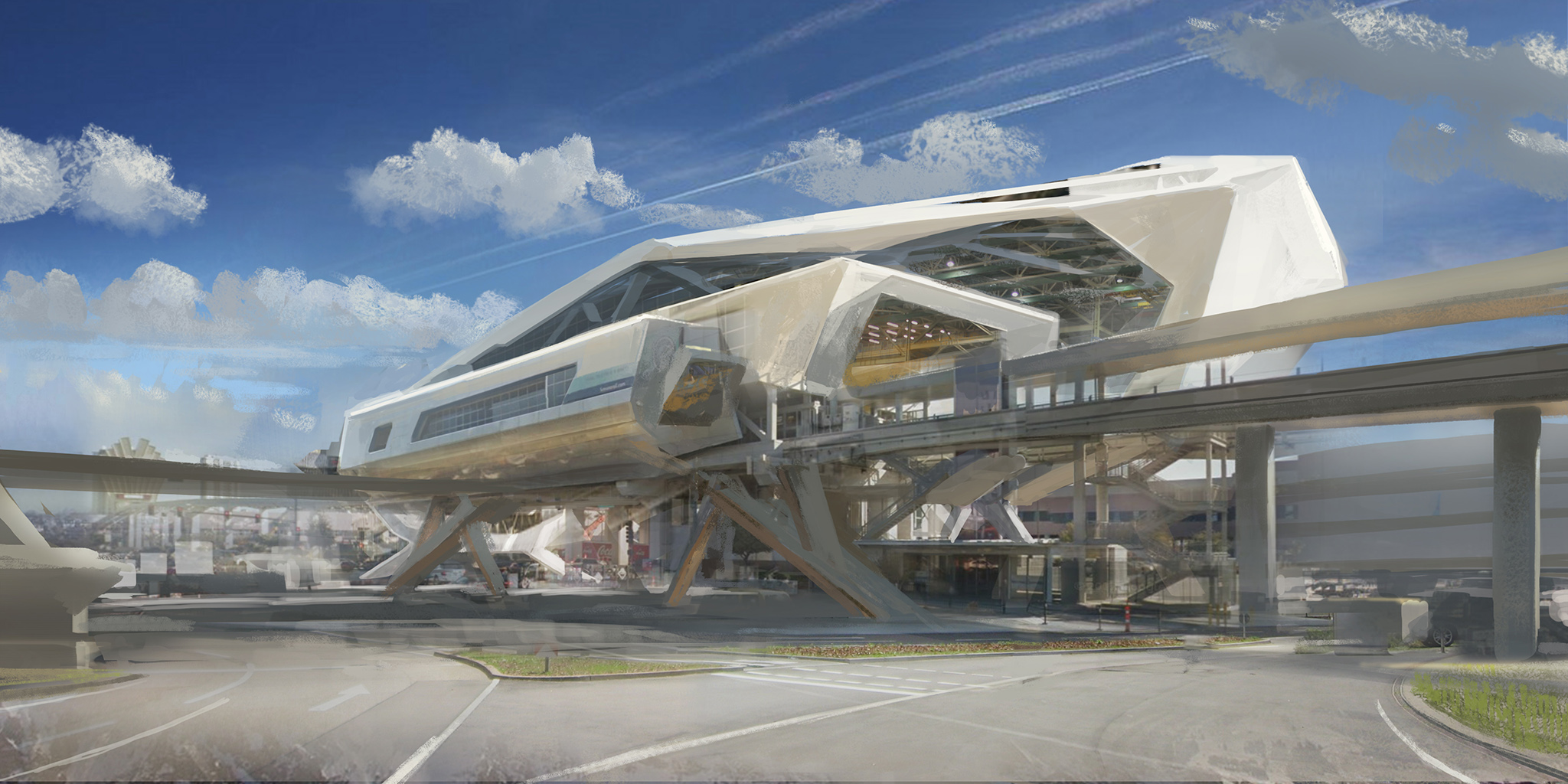 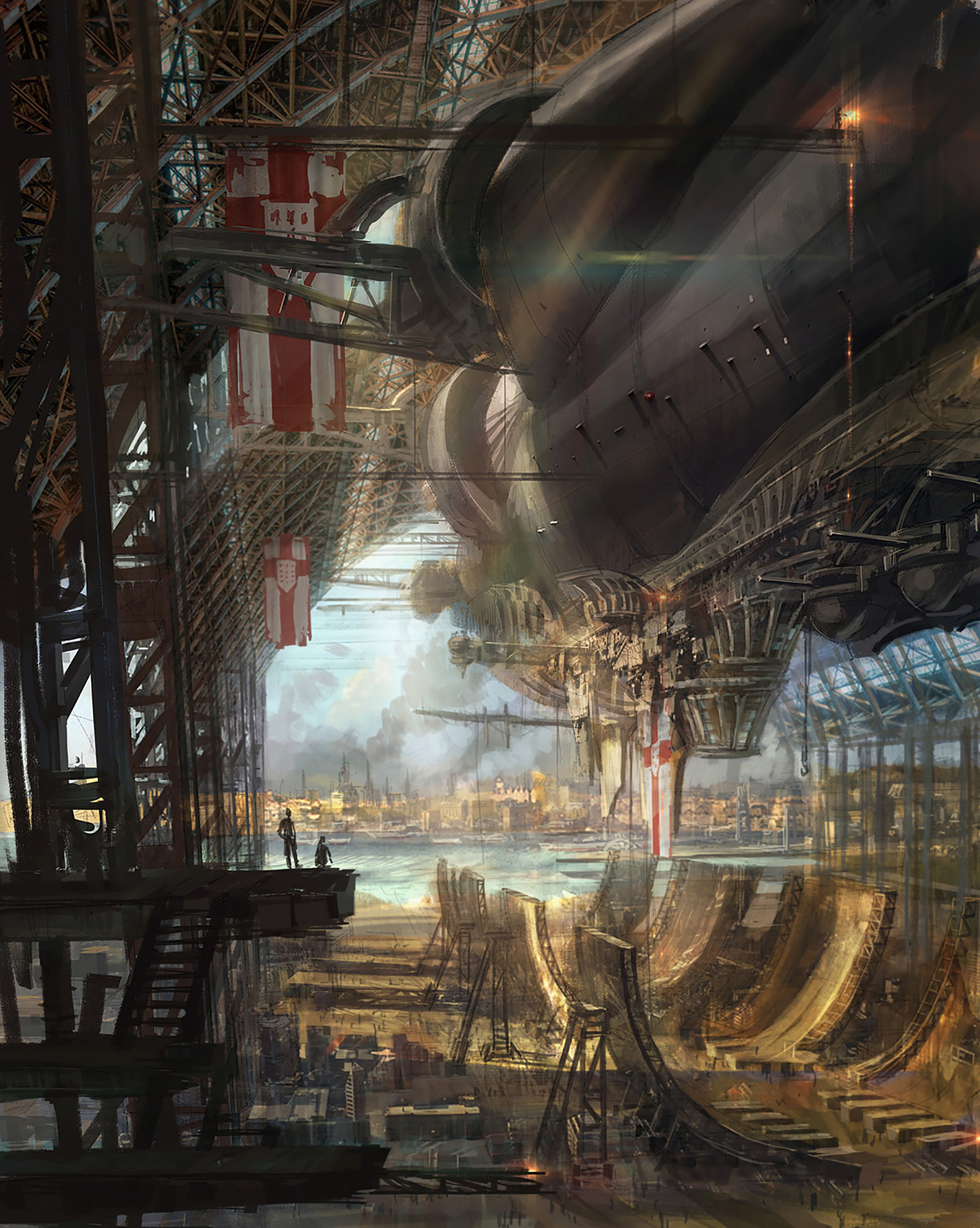 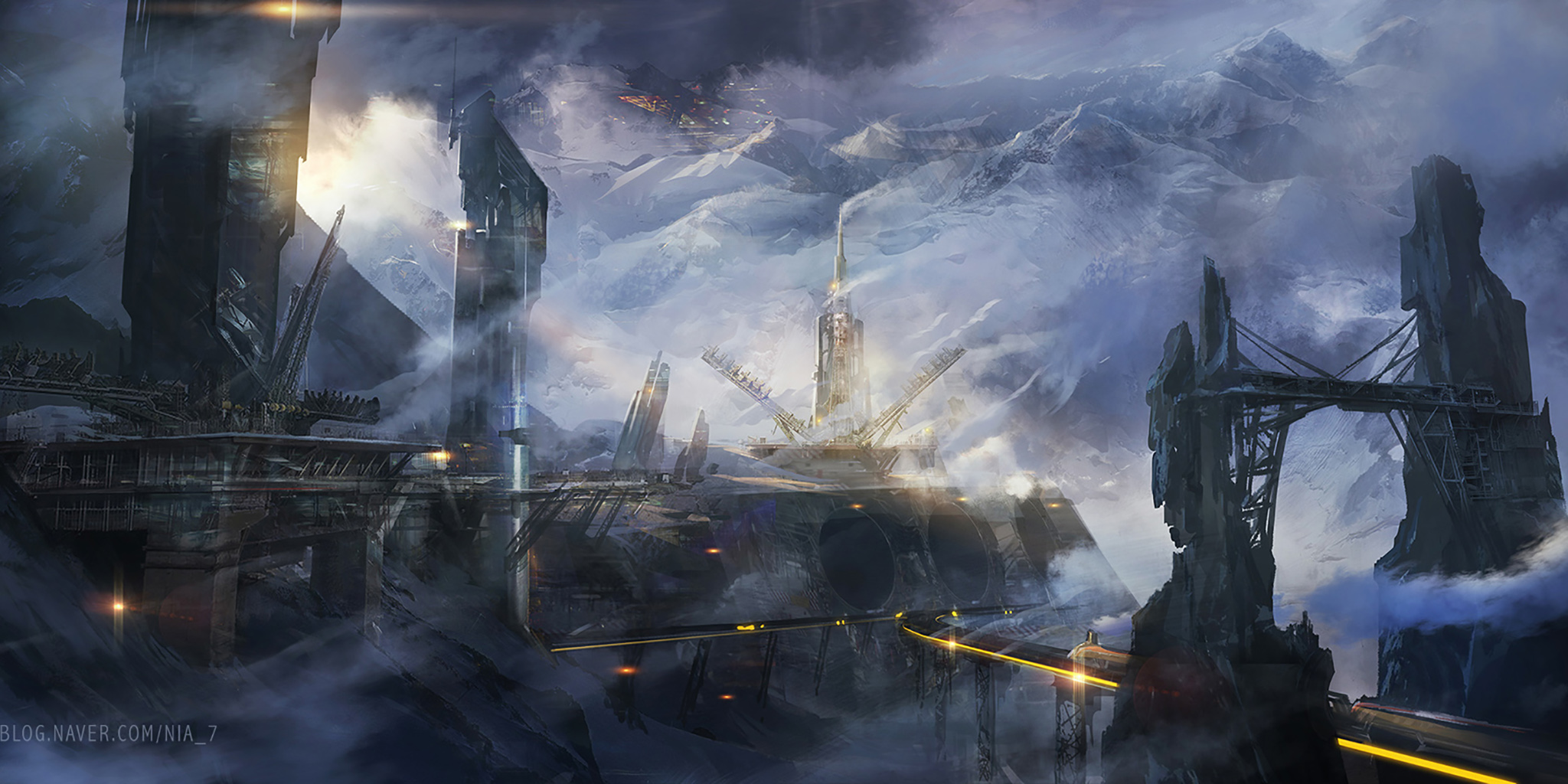 All images were used with the artists permission.

If you want to keep track of his work (or give him a job!) visit his website at josephkimart.com. He’s eager to work in North America!