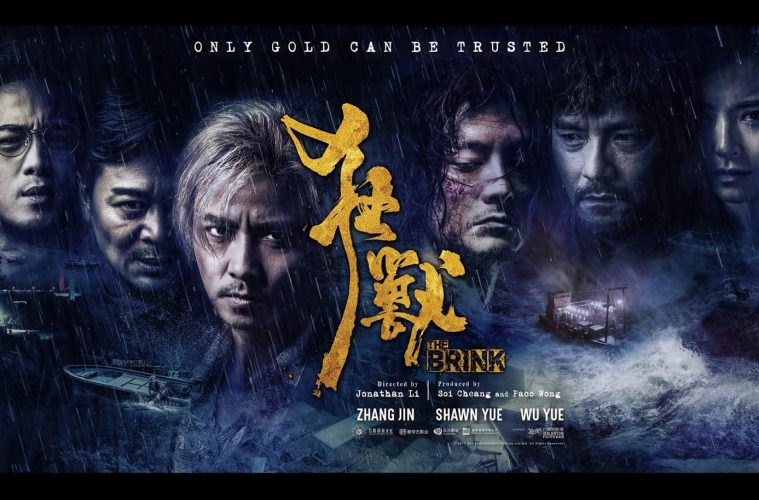 This one is produced by director Wilson Yip (KILL ZONE and the IP MAN series). And it shows! The action in the trailer is so amped that it almost betrays the simple “heist movie” concept.

Actually, I don’t really care about that. No idea what I’m griping about.

Whiskey Tango Foxtrot: Police Inspector Tung tracks criminal Shing to a deserted fisherfolk village and catches Shing and his thugs in the act of smuggling gold from the black market. At the end of a heavy shootout, Tung is severely wounded and Shing takes off with the gold in a car. The car explodes and Shing makes a narrow escape and vows to catch the mastermind behind this sabotage. Tung comes out of a coma 3 months later and discovers his partner Tak has gone undercover inside a smuggling ring among the fisherfolk. When Tak goes missing, Tung disrupts a CIB operation in order to catch Shui Sing, a veteran who may know of Tak’s whereabouts. When Uncle Kau, leader of the smuggling ring is about to kill Tak on a fishing boat after Tak blows his cover, Shing shows up with his men to confront his adopted father. Turns out Uncle Kau collaborated with Blackie, the triad boss who controls smuggled gold to kill Shing so he can take over his share. To get even, Shing plans to rob Blackie’s vault. Tung shows up and saves Uncle Kau’s life, but Tak disappears again.

THE BRINK hits China in September. Let’s cross our fingers for an American distributor to jump on this.