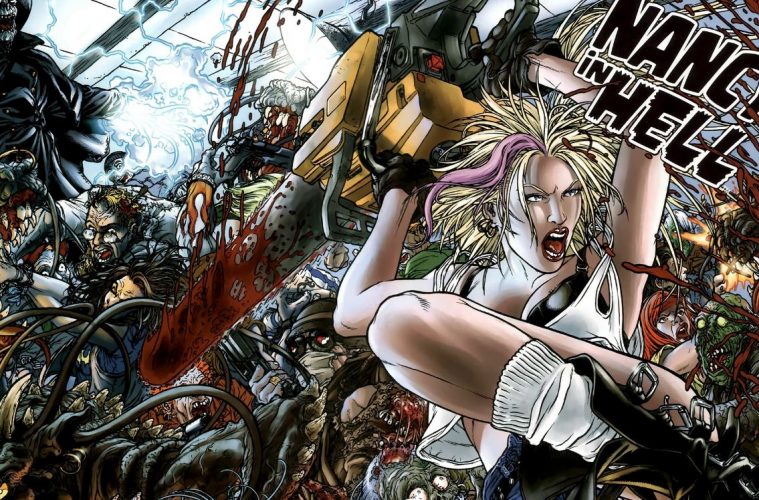 READ GOOD $#!+: ALL ROADS LEAD TO HELL FOR A CHAINSAW BABE NAMED NANCY

A few years back, I randomly picked up a copy of El Torres’ Nancy In Hell. Admittedly, the gory Juan Jose Ryp artwork compelled me to make the purchase, but I stayed for the tongue-in-cheek dialogue, the warped use of biblical lore, and the undeniable grindhouse approach.

Jump forward a few years and two sequels later, and Nancy in Hell is getting an all-new sequel. This one is called A Long Road Home, and co-creator El Torres is taking it to his own publishing company, Amigo Comics, this go-round.

If you’re into splatter, b-movies, grindhouse, metal, and/or horror, then this is the book for you…

From the mind of El Torres, his creation along with Juan José Ryp is back… Nancy in Hell! This time with the art of Abel Cicero! Nancy’s chainsaw cuts as sharp as always! With covers by maestro Ariel Olivetti and Diego Olmos! 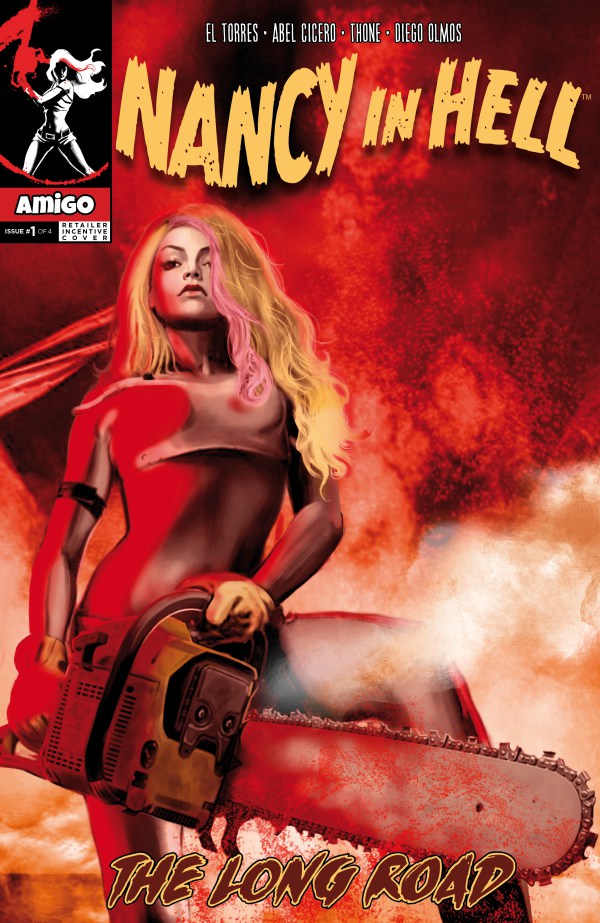 It’s a new start for Nancy in Hell! The wildest one in Hell and her trusty chainsaw are finally back, but it’s not like you expected! After her death, Nancy awakens in Hell. A vast wasteland crossed by a single road, absorbing those who end there. Nancy just tries to survive the relentless demon chase. And, lost in the distance, the fallen angel -but still, an angel- Lucifer keeps calling her to rescue her.

After two miniseries and a crossover with Erik Larsen’s Savage Dragon, there’s still a lot to tell, prior to her pilot debut! You can check out the pilot at IMDB, which was funded via Kickstarter . 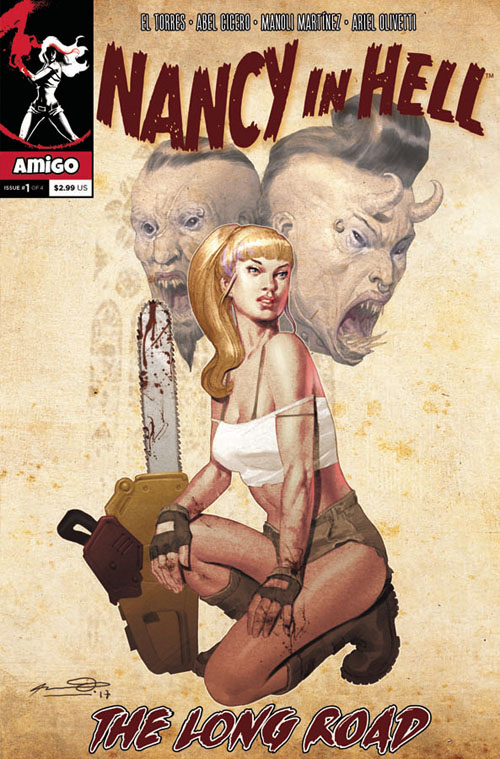 “It’s a new story, a jumping point in the Nancy story”, declared creator El Torres. “We’re not going to disregard her past adventures. But now we will try to offer a new perspective. Yes, there will be gore, but I’m proud to say it’s not an easy going story. Also, to have artists like Ariel Olivetti doing our covers it’s a real rush for me!” 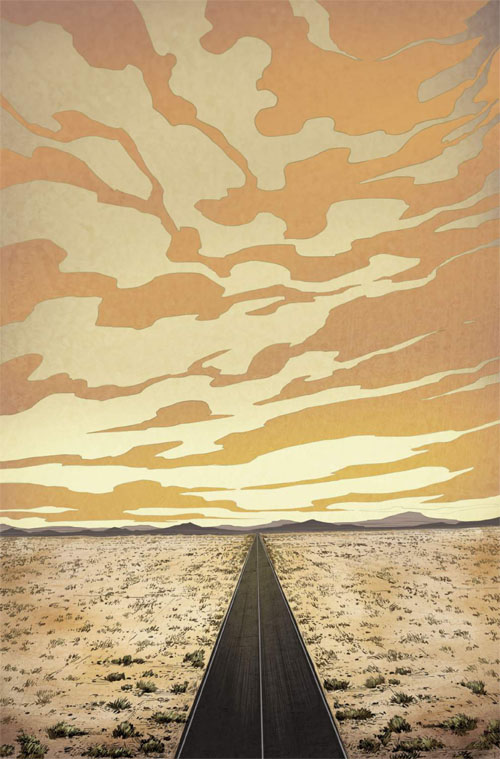 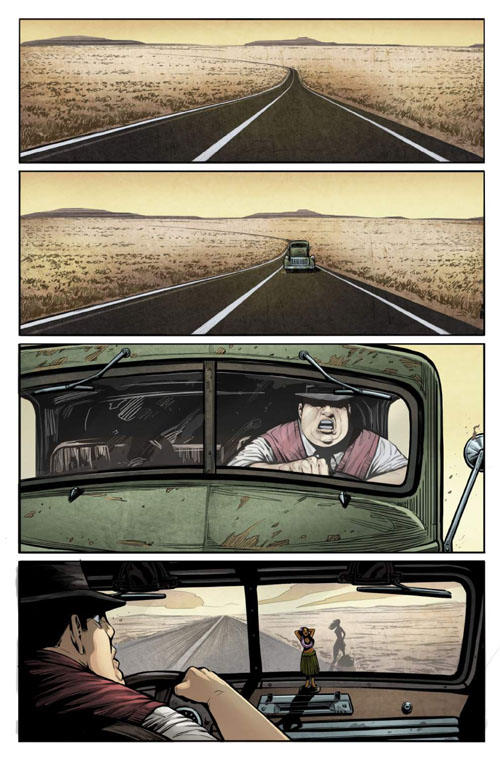 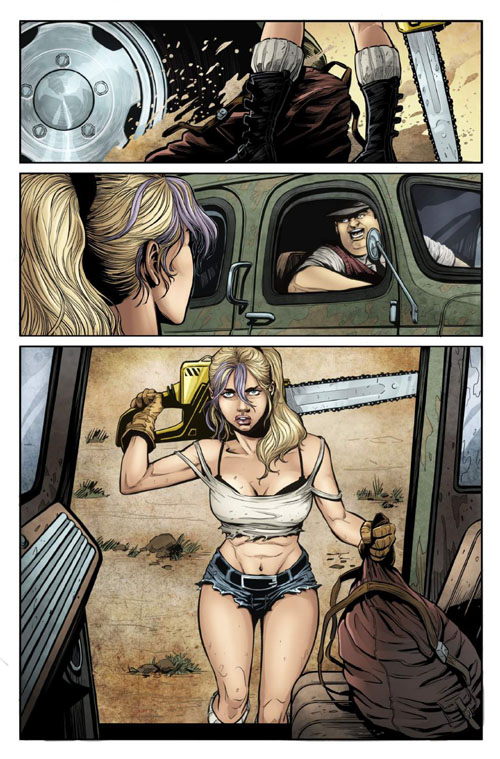 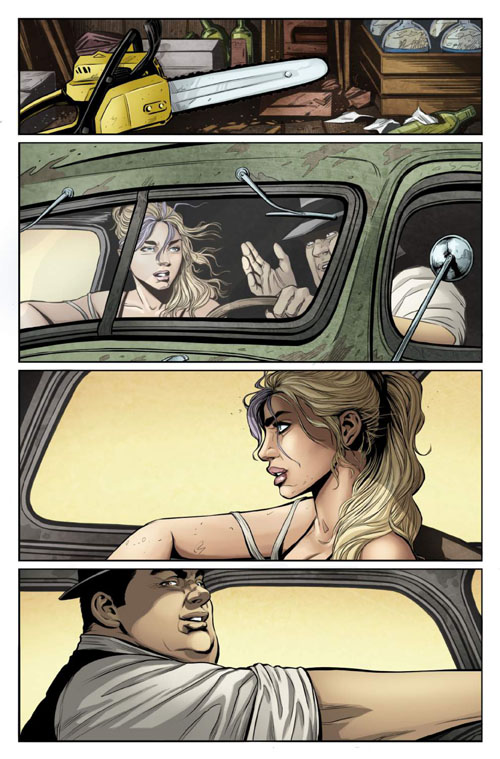 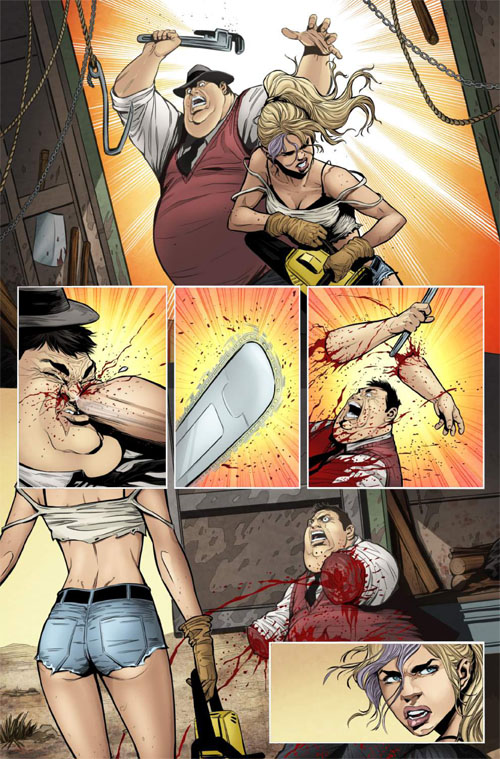 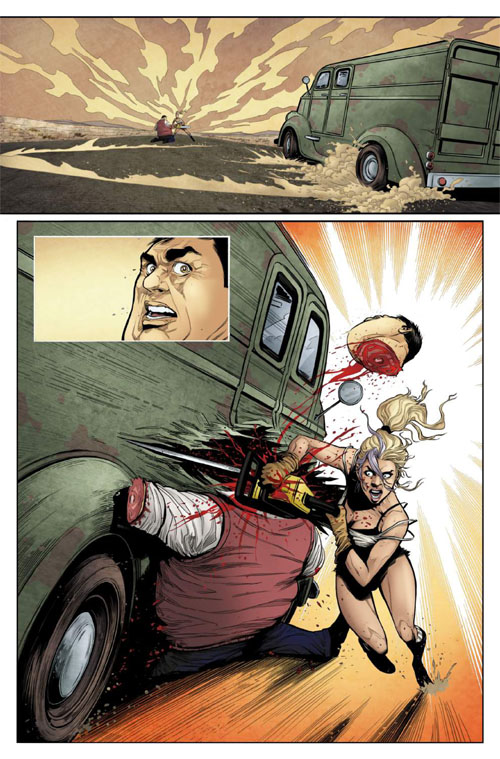 Nancy continues to roam new levels of hell on June 27, 2018, but be sure to convince your comic shop to carry it. USe comic shop locator and tell your retailer, “Hey, bro…hook me up with Nancy when she drops in June.”