R.I.P.D Full Review : Necrophilia Has Never Been This Explosive! 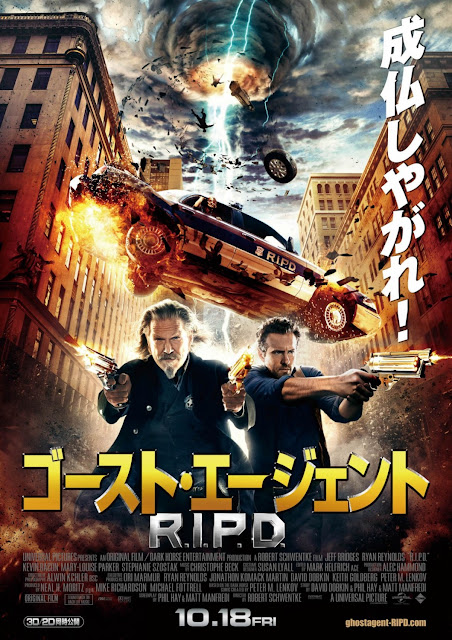 What happens when you mix Men In Black with Ghostbusters? R.I.P.D manages to give us a glimpse of what this strange beast might look like. Based on the comic of the same name, this movie comes out in a relative lull in the Summer movie season with only R.E.D 2 (Which coincidentally also features Mary-Louise Parker) as it’s main competition. I wasn’t a big fan of the first film, which was also based on a comic, so I chose the more whimsical of this weekends box office releases to wet my pallet.

Was it worth it? Can it manage to impress in a summer movie season packed with explosions or should this blossoming franchise die and stay dead? 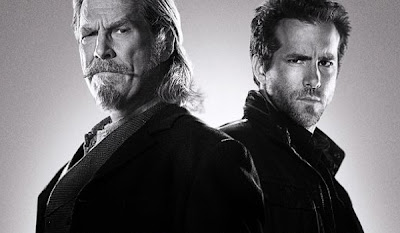 The premise is relatively simple. A Boston police officer named Nick (Ryan Reynolds) dies in the line of duty. He then goes up to some sort of purgatory where he can choose to work with the R.I.P.D (Rest In Peace Department) or go on to judgment. His hands are a little dirty, so he decides to work for the R.I.P.D. Once enrolled he gets partnered up with Roy (Jeff Bridges), a wild west law man who knows the ropes and has a wild streak. Hilarity ensues (really, the movie is pretty funny).

The cast does an all around solid job, but to be honest, this is light work. Reynolds plays the straight man, which is a shame, because he is legitimately funny. He does fire off zingers but it is Bridges who steals the show. Practically every scene has a joke or little eccentricity that makes his character come to life. 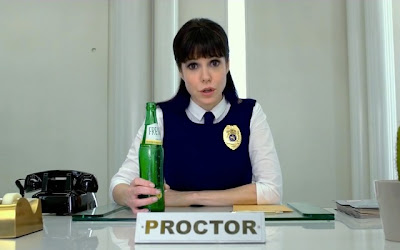 Mary-Louise Parker manages to hold her own against Bridges, but the unsung heroes of this movie are James Hong and Melissa Miller, who play Nick and Roy’s “avatars” respectively. If you see the movie, you will understand why.

R.I.P.D is at it’s best when it is jumping in and out of reality and playing with it’s core concept. The action is hot and heavy and you get plenty of those ghost pistol shootouts, which is entertaining. The editing and cinematography are also well done. Thankfully, you can see what’s going on most of the time and actually watch people do stuff. Amazing!

At times the CGI is severely lacking. One scene looked B movie quality. And the phoned in performances drag it down at times.

Also, while the movie is running along it fails to make sense out of anything. Sure, there is an afterlife, but the reasoning behind it is muddled. While visually appealing, it simply lacks depth. But this is a summer movie, which sadly now means run, run, and then run some more.

This is a meh review for a meh movie, but this is ACTION A GO GO Approved. What it lacks in sense it makes up for in funny and just plain good filmmaking.

I chose this instead of RED 2, and I do not regret it.