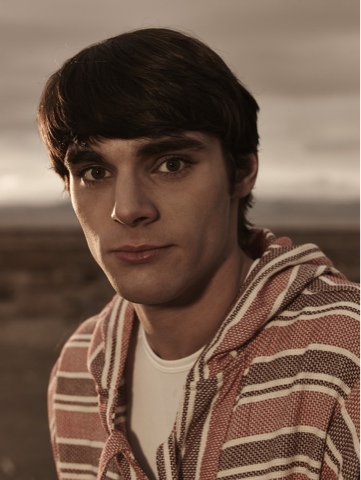 And the lies continue to flow.
Walter White is a liar, a liar to his core, and it would only take so long before his lies become translucent to the people around him. This week, Walt’s story to cover up Jesse’s attempt to burn the White’s house to the ground is about as convincing as any story like that ought to be, so thin that even Walter Jr. sees straight through it. Admittedly, Jr.’s actually conclusion is way off the mark as well, but the point is, people around Walt have become immune to his bulls***. His feigned anger at the purportedly faulty gas nozzle rings inescapably false after we’ve already witnessed what his true rage looks like. Walt’s bumbling suburban husband routine simply no longer plays. And as his lies begin to stick less and less, it begins to seem as if the reign of Heisenberg is swiftly coming to a close. Walter’s kingdom is built on his deceptions, but how can his empire stand if his lies do not?
Aaron Paul delivers a notably impressive performance this week, as his rage bubbles over in a way we haven’t seen in quite some time, perhaps even exceeding all previous occurrences. When Hank conveniently bursts in to stop Jesse from burning down the house, he screams at Hank through his tears that “He can’t keep getting away with this!” Right you are, Jesse. As we’ve seen Walt slip out of every last obstacle the show has placed in his path, the time has come for his comeuppance, and I would be surprised if Jesse wasn’t the one to deliver a critical blow sometime in the next few episodes.
One notably interesting development this week is how the women have grown into their roles in this game. No longer the indecisive voices of restraint to their respective husband’s ambitions, Marie and Skyler stepped up this week and proved that they can be every bit as ruthless as their husbands. Marie has gone almost off the deep end, fantasizing about murdering Walt, and allowing Jesse to stay in her home just so long as it involves harming Walt. Skyler essentially orders her husband (who she no longer seems to fear) to kill Jesse off. “After all we’ve done, what’s one more?” She asks him. She makes a valid point, but Walt’s remains stubborn. 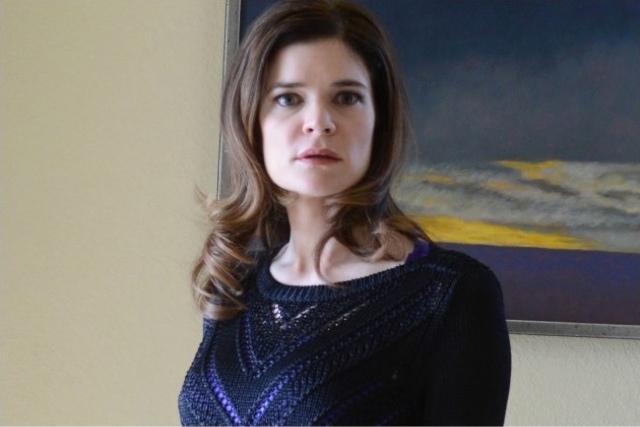 Speaking of the Walt/Jesse relationship, this week sheds some light onto the subject. Jesse, at one point, refers to Walt as “The Devil”, but I simply cannot agree with that assessment. The Devil doesn’t care about other people, but Walter White most certainly does. He manages it to disguise it very well, but Walter’s inability to kill Jesse, a clear and present danger to him and his family, proves that Walter does care for Jesse’s well being (and Hank’s for that matter, given his unwillingness to murder him as well). No matter how evil he becomes, Walt can’t let go of his attachments to other people, Walt is still human no matter how hard he tries to fashion himself into a stone cold badass.
Breaking Bad has been on a roll lately (as you can tell from my glowing reviews from the past three weeks), unfortunately Rabid Dog may be something of a streak-breaker. It’s hard to feel that this episode was little more than Breaking Bad‘s superior version of a filler episode. The episode, written and directed by series vet Sam Catlin lacked the nuance and depth of storytelling Breaking Bad has accustomed me to. The writing, while still top notch, felt a little like it was going through the motions. There’s no particular scene or event that will stick with the audience from this episode, and given how good these past three have been at delivering the goods, this one fades a bit by comparison. The direction was also a bit too on-the-nose this week. Hank’s appearance in the White homestead felt just a bit too convenient in the manner it was presented (through a flashback none the less, a storytelling crutch that This show rarely relies on). The final scene also contained an instance of “suspicious looking extra” who was just too suspicious to be an actual, believable, potential threat. The moment where he was revealed to a non-threat in particular came across as too obvious and convenient.
This is not to say that Rabid Dog is a bad episode, by all means, it’s a good episode of a great television show. But it’s placement amidst some of the series’ all time greatest hours makes it’s unremarkable nature stick out in a rather unflattering way. The pieces it set up have me excited for next week though, and I have no doubt that Breaking Bad has some of it’s finest episodes soon to come.
Four more to go.
Episode Grade: B+
Other Thoughts:
Apparently Badger and Skinny Pete have some thoughts on Babylon 5, too bad we don’t get to listen in this time.
Walt refers to Badger as “Beaver”. I laughed more at that one than I probably should have.
We get a throwback in the form of Walt in his tightie-whities. Hooray for that…