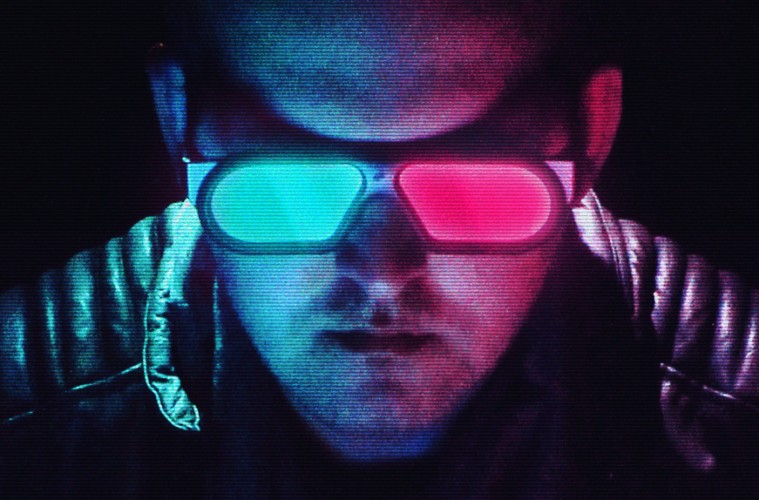 INTERVIEW: ROLLY ROCKET TAKES US BACK TO THE FUTURE!!!

Anybody else remember the future? No, I’m not talking about the actual future of what’s coming next. I’m talking about that time when you were a kid and the future was a feeling. It had a sound, a look, and sometimes a taste. It burned our eyeballs with white hot color and soothed our ears with synth overtures of melodic electricity. Of course I’m talking about that special flavor of future that came from the 80’s and taught a whole generation of people how the future should feel. 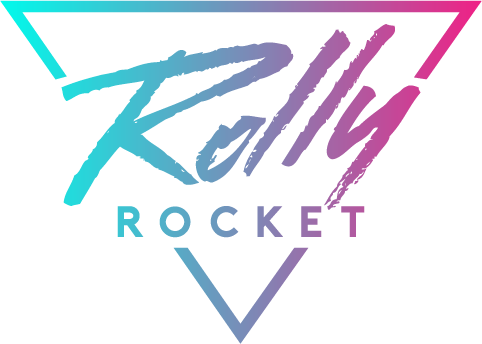 Rolly Rocket, a graphic designer and video artist, wants to take us there all over again. He hails from Germany out of Germany (or outer space?) and like Miragem23 (whose interview can be read here) Rolly is a part of a wave of artists, designers, and musicians that are riding a wave of nostalgia to bring people art that has serious retro future vibes. More importantly, they’re tapping into art forms and concepts that have laid dormant for the passed few decades but have come back in full force in exciting new ways. And why not, isn’t that how our future was supposed to look in the first place?

What follows is an in depth interview with Rolly Rocket that covers his inspirations, work process, and where he thinks is coming down the pike. He also gave us LOADS of art to salivate over. 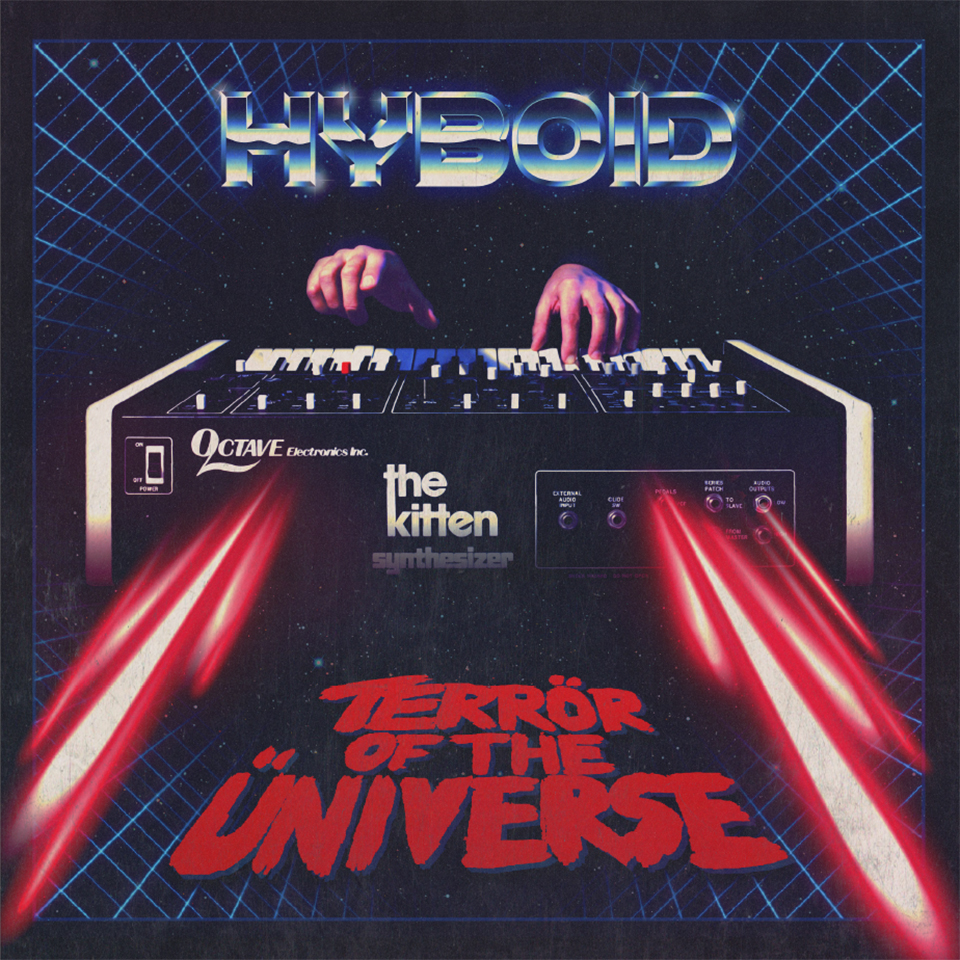 AAGG:  When did you decide to become a graphic designer/artist?
ROLLY ROCKET:  I’m not really sure if I decided that, or if it was already in my genes. Fact is I always felt this urge to create something beautiful and interesting. Where others just consumed stuff like movies, music or video games for example I always wanted to create my own, and I tried a lot of stuff. This was nothing I learned in school and there never was someone who forced or inspired me to take some drawing courses or something like that. That might be the reason why I can’t draw to this day 😀 … but, you know, where I come from you find a lot possibilities to make art without drawing, like Doc Brown once said. „”Where we are going we don’t need roads“. So to answer your question, I don’t know it. I think it was something I decided pretty early like it was always there. Somehow. 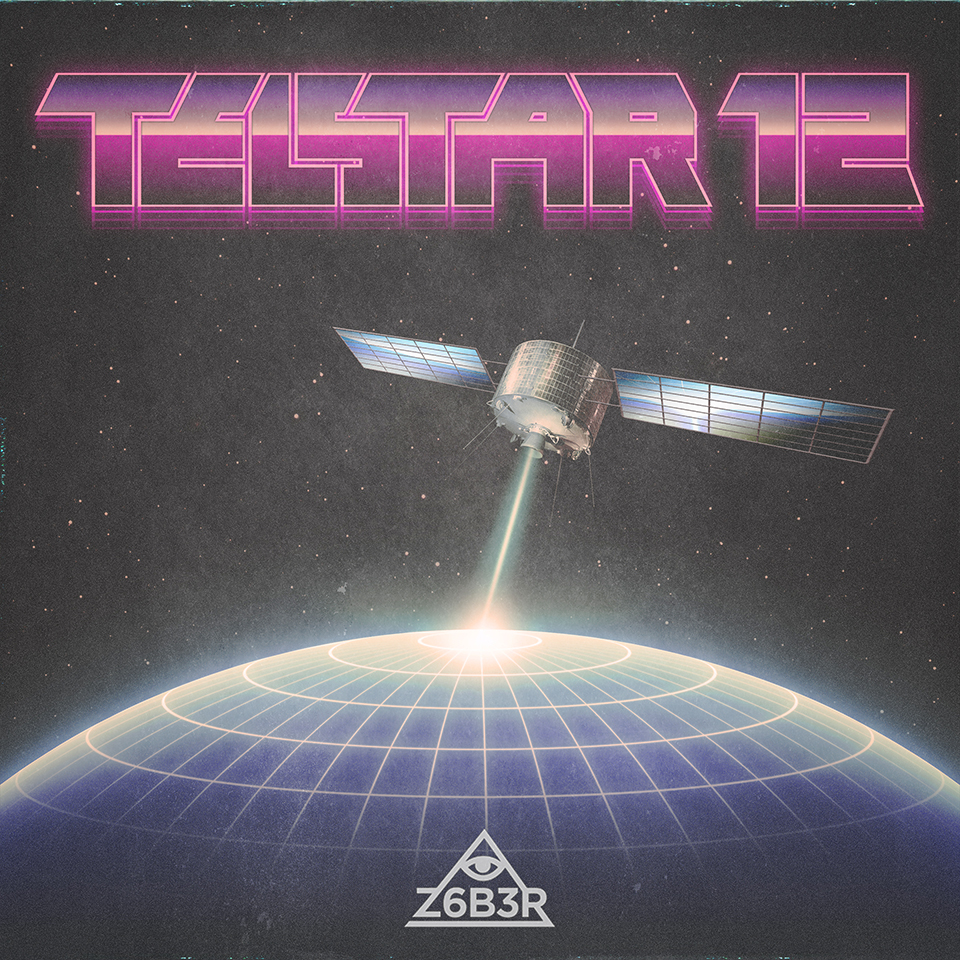 AAGG: Did you have any formal training as a graphic designer? If so, where did you go to school?

ROCKET:  Yes, I did a two-year apprenticeship as a media designer and also visited a one-year design class. I learned the essential knowledge about graphic design which paved the way for my later life. But after this, my apprenticeship didn’t end it just started! Because you are learning your whole life and I think around 80% of everything I am able to do today, I taught myself. 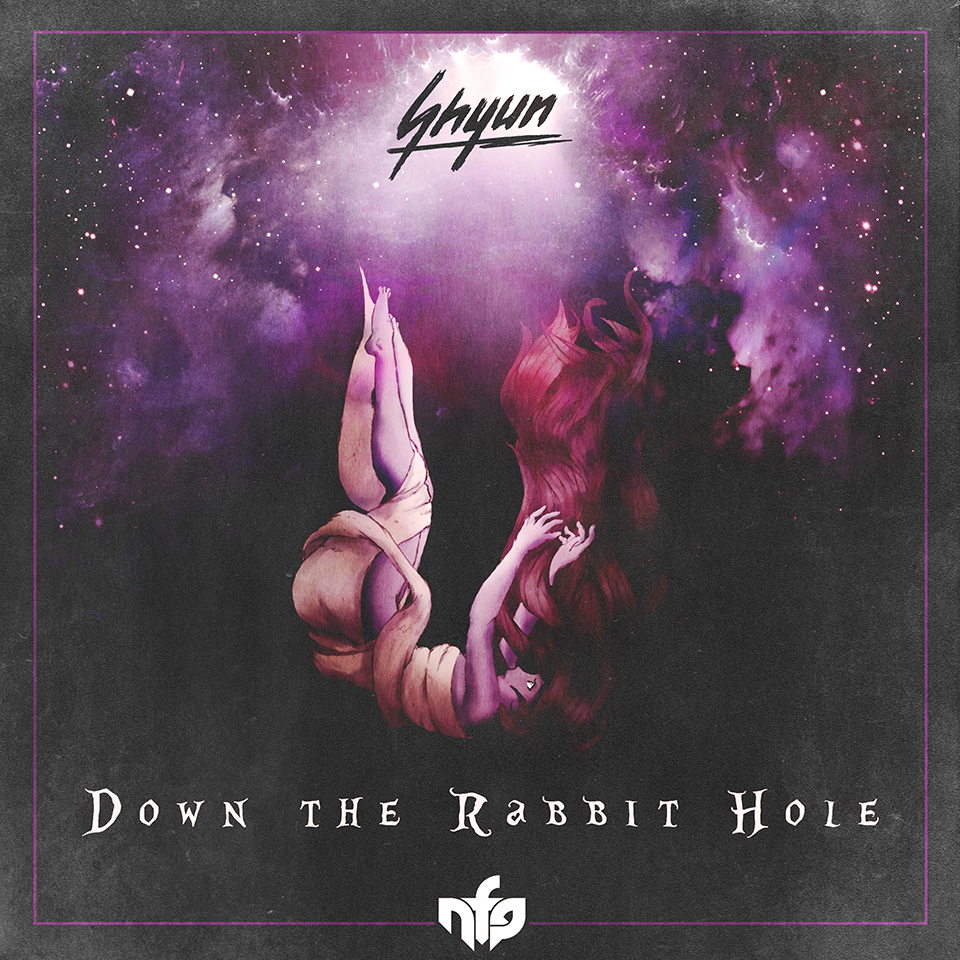 AAGG:  What tools do you use to create your art?
ROCKET:  I mainly use established software like Photoshop, illustrator, InDesign or after effects, but before I even open one of these programs I usually start with some paper and a bunch of pens and pencils. I use a variety of brush markers and also some calligraphy pens, especially for sketching and developing my typical 80s inspired brush letterings, which I later scan on my mac for further treatment. I also use a bunch of hand-crafted paper pieces. Yea, I prepare conventional blank sheets of paper with several techniques to use it later as overlay textures for albums covers or poster art. And of course, a lot of coffee, not only to dirty up the paper ( :P). By the way, I work on a video tutorial series for Youtube titled: “Rocket Science“, where I will show all these things and many more techniques to get that 80s look.

AAGG: You’ve worked with a lot of musicians. How do you come up with a concept for a band? Do they have input, or do you just run with it?
ROCKET: Sometimes my clients have a rough idea of what they want. Then I do my best to make their ideas alive and of course put in my own style. But often they give me complete full rein, so that it I can come up with my visions and best solutions for their project. In case of musicians, which usually request logos or animations as well as cover artworks, I often use their own music for inspiration. I put myself in a state where I can feel the music like it is the score of a fictional movie running in my mind’s eye. I do it intensively until I see a lot of details and often I get quite accurate vision of how the final result would look like. I call that “Remembering the future“. 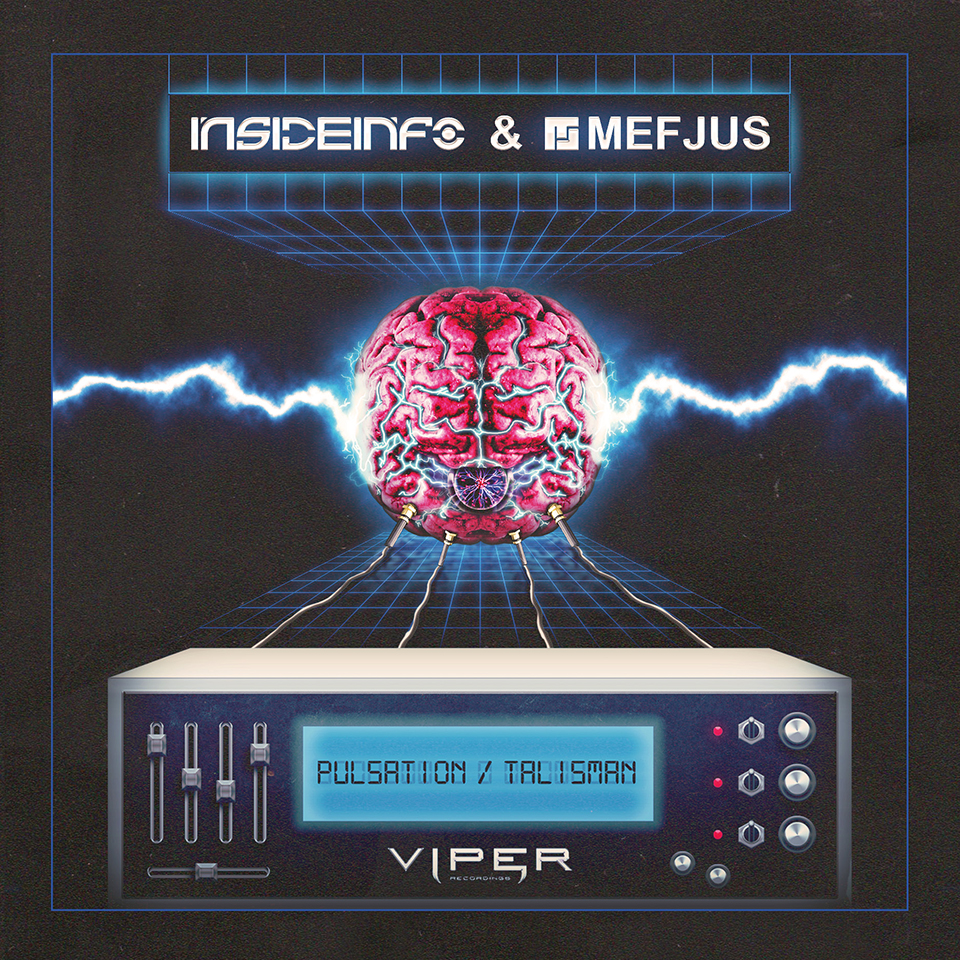 AAGG:  What advice would you give to up and coming artists?
ROCKET:  Don’t fool yourself, accept the truth: If you want to be more than just good in what you do, say goodbye to the outer world! You have to spend a lot of time alone and isolated in a small cage, learning and testing for nights on end, to achieve something! Be open-minded about everything that crosses your way and go through life with eyes open. Always remember: Progress is a process! Yea, and never never never neglect whatever is important for you. I assure you! Good Luck!

AAGG:  As an artist, what would you say are your biggest influences? Whose work do you admire most?

ROCKET:  When I travelled through the decades of modern art, I came to the conclusion that the 1980s were the era which feels most familiar to what I know and love: rad glowing colors in gigantic, light-flooded cities that are surrounded by the darkness of the night, the unique sound of electronic synth based music that echoes through the noisy streets and a kind of extraordinary and great art animated on big billboards everywhere you look.

Unfortunately I couldn’t get back and stay in the ’80s, so I started to search for like-minded people that could help me resurrect this art and capture those feelings. It took me around three years but then I finally found someone – a graphic designer called Overglow.

He was one of my biggest influences when I started Rolly Rocket – Retro Futuristic Art. He made me aware of what I was searching for today is called “Retrofuturismn“. He also was the one who lead me to an entirely new world. A world where I finally was able to feel like I was home. I was invited by him to this new Facebook group he created – RETROGRAPHIX – the place where I met a lot more like-minded people and the place where people could share their 80’s related art. At that time the group had around 40 members, today, nearly two years later, it has around 4600 members.
I started to learn again, but this time in way I never did before. I learned more than ever, because I had a goal and I also got a lot of extra motivation and inspiration by the world that surrounded me. I met a lot of interesting people and some of them also inspired me to evolve my art and extend my workspace. Two of them were the designers Arkuma Hiyomoto and Basil Murad (Blood & Chrome) which make excellent video work. They both influenced me much to do my own motion graphics. 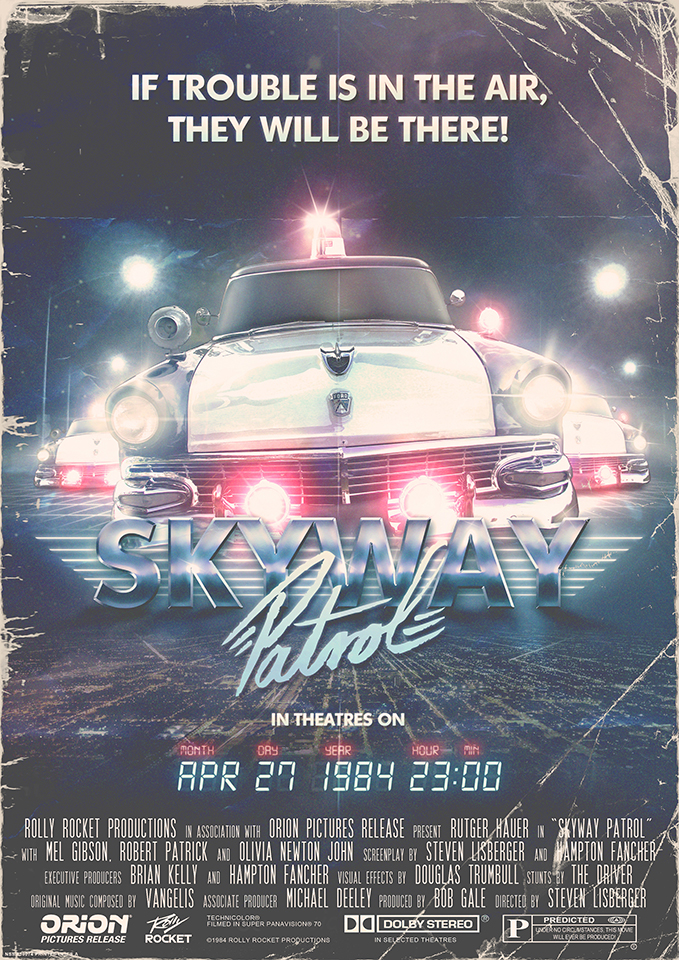 AAGG:   Are there any particular movies/comics/music that influence your art?

ROCKET:  Yeah pretty much love the science fiction of the late 1970’s and 1980’s. I got a lot of inspiration by movies like Back to the Future, Mad Max, Tron and Blade Runner. I love the dime novels of Perry Rhodan and the Heavy Metal magazines. I’m also a big fan of the music of John Farnham and the Little River band, especially the songs which appeared in several movies like Rad or Savage Streets. As mentioned before, I also listen to a lot to the modern synthwave music especially while working. Tracks from Mitch Murder, Lazerhawk, Besttrack, Action Jackson or Irving Force for example are pretty inspirational for me. The inspiration sources are endless, there are much more, but I can’t name them all. But, yea, stuff like that keeps me on rockin’. 🙂

AAGG:  What are you excited about reading/watching when you have some spare time?

ROCKET:  I don’t have any spare time anymore, sorry. 😀

AAGG:   What trends do you see coming down the road? What is coming out in the future that you are excited about?

ROCKET:  As an attentive observer I see a lot of crazy stuff incoming. There is more and more output of 80’s art, music, movies, branding, clothing etc. And I believe that this will even increase in the coming years. I see more and more graphic artists appearing that are pretty much inspired by the same stuff from the 80s or even inspired from other modern artists that are inspired by the 80s. I see more and more new synthwave influenced music labels coming up and even more producers. I think there were some big boosts in the last few years that made it all more mainstream. Movies like Tron Legacy or Drive, and also more up to date movie projects like Kung Fury or Turbo Kid. All this plus the fact that increasing 80s influence in several mediums makes me believe that there will be even more and I’m pretty excited to see how all this will evolve in the future.

ACTION A GO GO would like to thank Rolly Rocket for this chance to interview him. Please check out the gallery below and follow him on social media to see what amazing art he pulls off next! 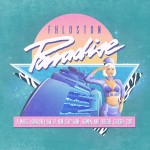 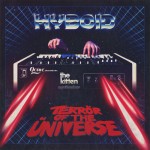 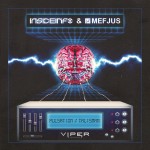 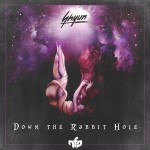 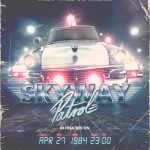 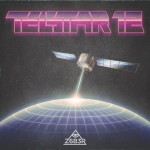 ALSO YOU CAN GO TO HIS BRAND NEW WEBSITE RIGHT HERE