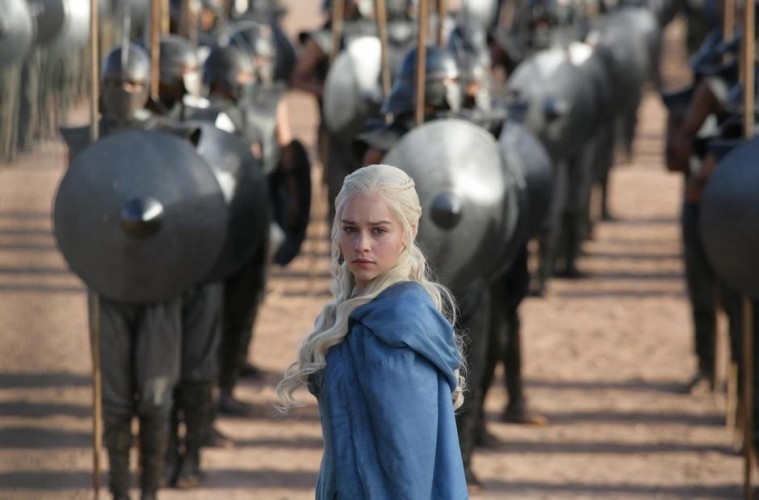 It would seem the task falls on me this year to present you, good reader, with Action A Go Go‘s first ever year-end Television Top Ten List. Quite a lot has happened on TV this year. Breaking Bad came to a close, Netflix introduced to us an all new way of watching original programming, and Community got renewed for a fifth season (okay, maybe that last one is just big news for me). And so the time has come to give honor where honor is due and count down the ten best episodes this year has offered to us. To make things simple, I’ve decided that each show will only get one entry in this list, meaning that though there may be more than one worthy episode, only the very best single episode of that show will make it into the list.

Before we get started, I figured it would be best to give a few shout outs to shows that didn’t get onto the list. The Office had a sweet and satisfying little series finale this year which I quite enjoyed. Netflix’s House of Cards as well as Orange is the New Black both had stellar seasons, although I couldn’t quite pick out singular episodes worthy of the top ten (if I were to do a “Top Five Seasons” list, both would make it on). Community‘s Intro to Felt Surrogacy also didn’t quite make the list, but I also felt that was a worthy episode.

So! Without further ado, I present to you: the VIEWFINDER TOP TEN TELEVISION EPISODES OF 2013! 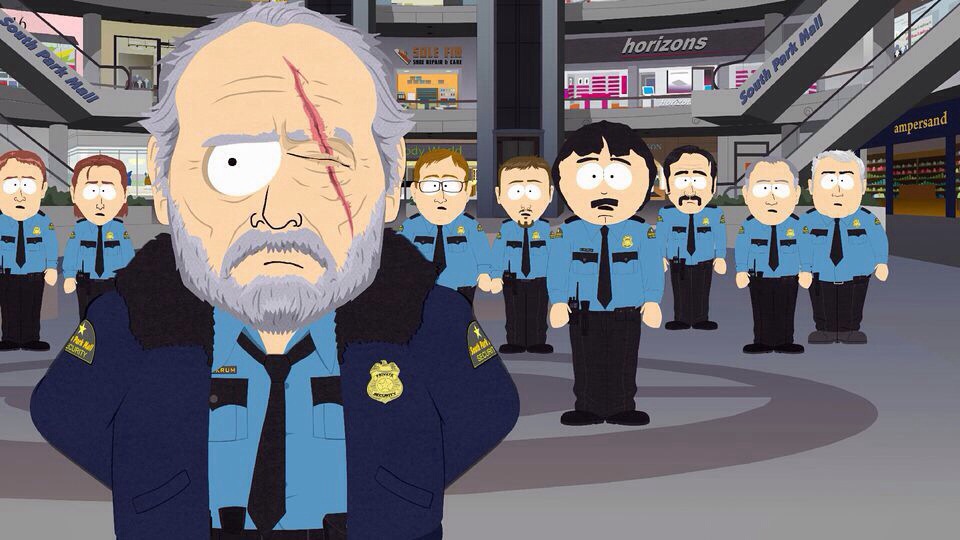 At the risk of setting a bad precedent, my first entry on this year end list is actually a trio of episodes as opposed to a singular one. South Park‘s “Black Friday Trilogy” firmly reinstates the fact that there remains much comedic gas in this show’s engine. In true South Park fashion, this string of episodes perfectly skewers the Black Friday phenomenon as well as the much-hyped “console war” by way of Game of Thrones parody. It’s ridiculous, it’s foul, it’s hilarious. Basically everything South Park ever set out to be, and although the show has always been hit or miss, it’s perfect bullseye’s like these that serve as a reminder that even in Season 17, South Park is far from through and for good reason. So long as there is a pop culture to mock, this show can, and will, continue to thrive. 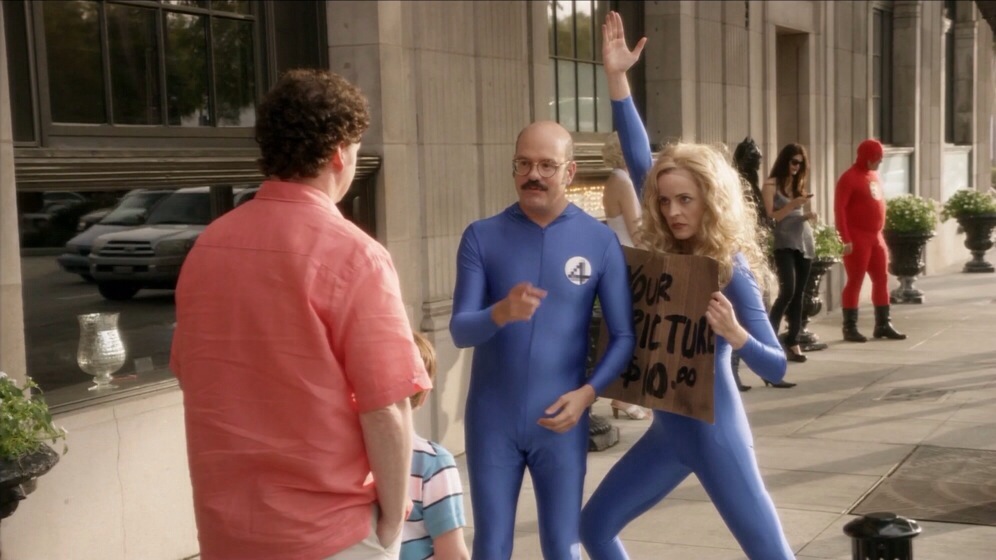 After a rocky start to Arrested Development‘s long awaited fourth season, the biting comedic wit that made the show such a hit came back with a vengeance in its fifth episode. Not only delivering the best episode of the season (a season which proceeded to find a solid rhythm after this episode), but one of the most uproarious episodes of the entire series. Period. David Cross delivers his best performance as the almost suicidally clueless Tobias in a script that is a stinging analysis of the pervasive selfishness of his character as much as it is a celebration of the treasure trove of humor he brings to the table. 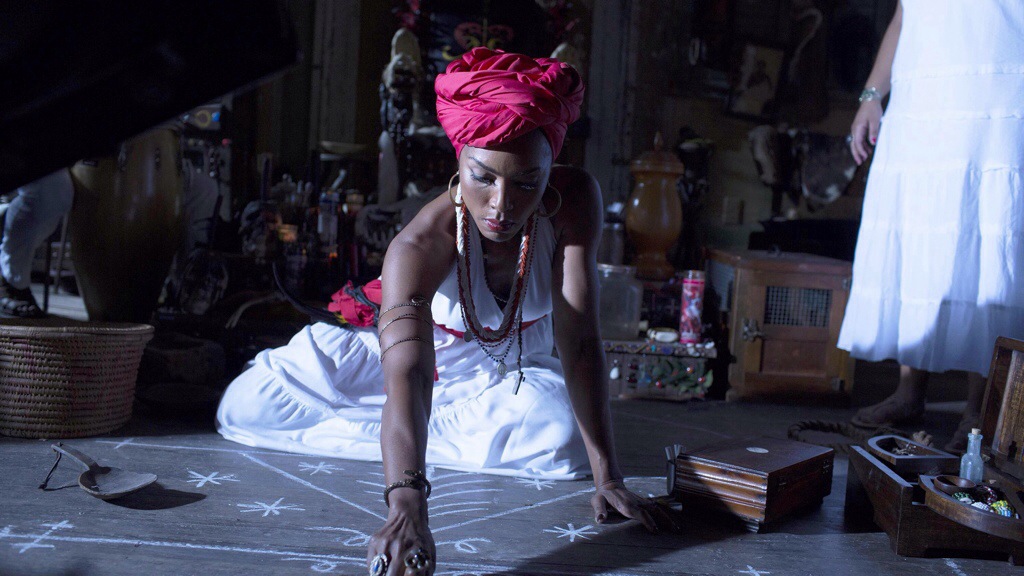 American Horror Story is a mess. Let there be no mistake about it. It’s a massive, incoherent, ridiculous mess. A fun mess, perhaps, but a mess none the less. Every once in awhile, however, even the most ridiculous mess can have all of it’s elements suddenly *click*. Fearful Pranks Ensue is that click. While still packed to the brim with all the beautiful insanity we love about AHS, Pranks, though momentarily, gave the series a sense of narrative clarity and character driven drama it simply hadn’t had before. Suddenly, all of the elements that seemed to be trading places in the quality department on a week-to-week basis were featured in their A-game. The result was a funny, creepy and riveting hour of entertainment. If only this show were like that all the time. 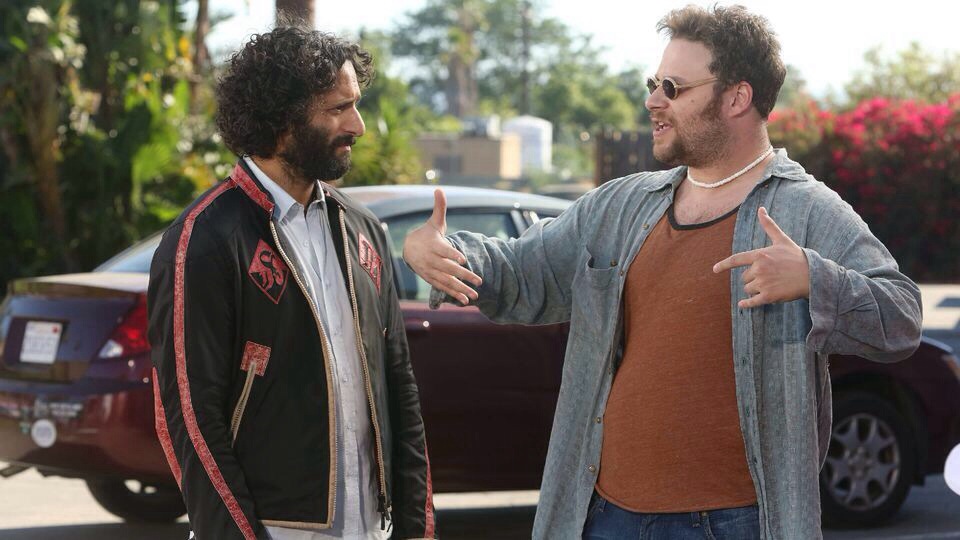 The League took a half an hour this season to completely break from format at the risk of alienating its fans (and alienate many, it did). Rafi and Dirty Randy is an episode that comes completely out of left field and is all the better for it. Written by and starring recurring League actors Jason Mantzoukas and Seth Rogen, this episode takes some time off from the regular fantasy football routine to just delve into the ridiculous and vile world of its most notable recurring character; Rafi. A loose revenge film parody quickly and gloriously transforms into a riotous showcase of Rogen and Mantzoukas’ comedic ability. Rafi and Dirty Randy is an episode that decisively excludes itself from narrative critique, professing no illusions about how it’s intentions are strictly (and perversely) comedic in nature. The League took a risk, and the payoff was perfect. 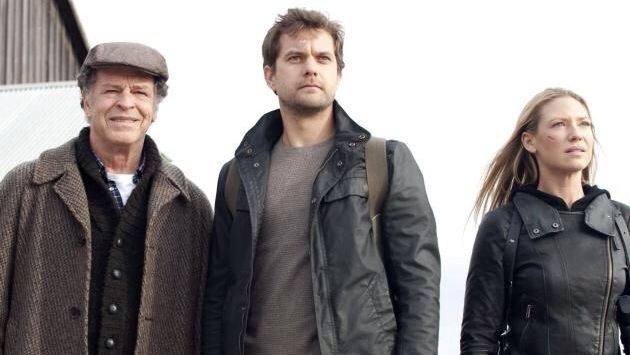 Over my last couple of years of real, in-depth television viewing, I’ve come to a personal conclusion about how to successfully gauge the quality of a series finale; if a show can, in its final moments, tell me, with as few scenes and images as possible, what the entire show was actually about, I will be satisfied. Lost did this beautifully. Breaking Bad also managed this quite well. And I had the pleasure of watching one of my all-time favorite television series; Fringe, accomplish this task with flying colors early this year. While the preceding forty-something minutes were mostly satisfactory, it was not until the final, crucial five minutes of the finale that the series really and truly earned it’s finale. Fringe is the first series I have ever stuck with, watching from week-to-week from premiere to finale, and I could not be more satisfied with how it all resolved. Very few moments have ever impacted me more than those final few seconds of footage in An Enemy of Fate, and Fringe has thoroughly earned it’s place in the halls of television history. Why? Well, in the eternally wise words of Doctor Walter Bishop: “Because it’s cool”. 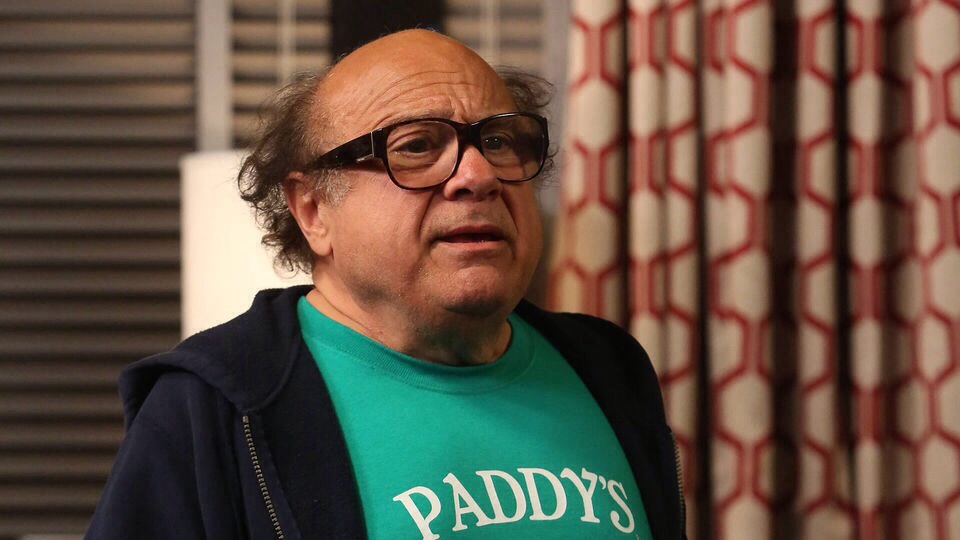 I’m a sucker for metatextuality, so when It’s Always Sunny took to perfectly skewering it’s own public persona, I was immediately on board. I must confess, It’s Always Sunny is oftentimes a bit too unpleasant for me, personally. The constant, pure awfulness of its protagonists can weigh a little heavy at times, and even be a bit of a downer. In Win An Award, the writers make it abundantly clear how my feelings about the show may be a common sentiment, and furthermore, that they don’t really give any. And, in a roundabout way, they succeeded in making the show more endearing than it ever really has been before. With this episode the Sunny writing staff sticks a crudely shaped shiv between the ribs of the critically celebrated and often-awarded network comedies, distinguishable through their sunny disposition and complete lack of creative thought. It’s Always Sunny is a show about insufferable people, and as unpleasant as that may be on occasion, it’s still funny on a level very few network comedies can hold a candle to. It’s about time this show got an award. 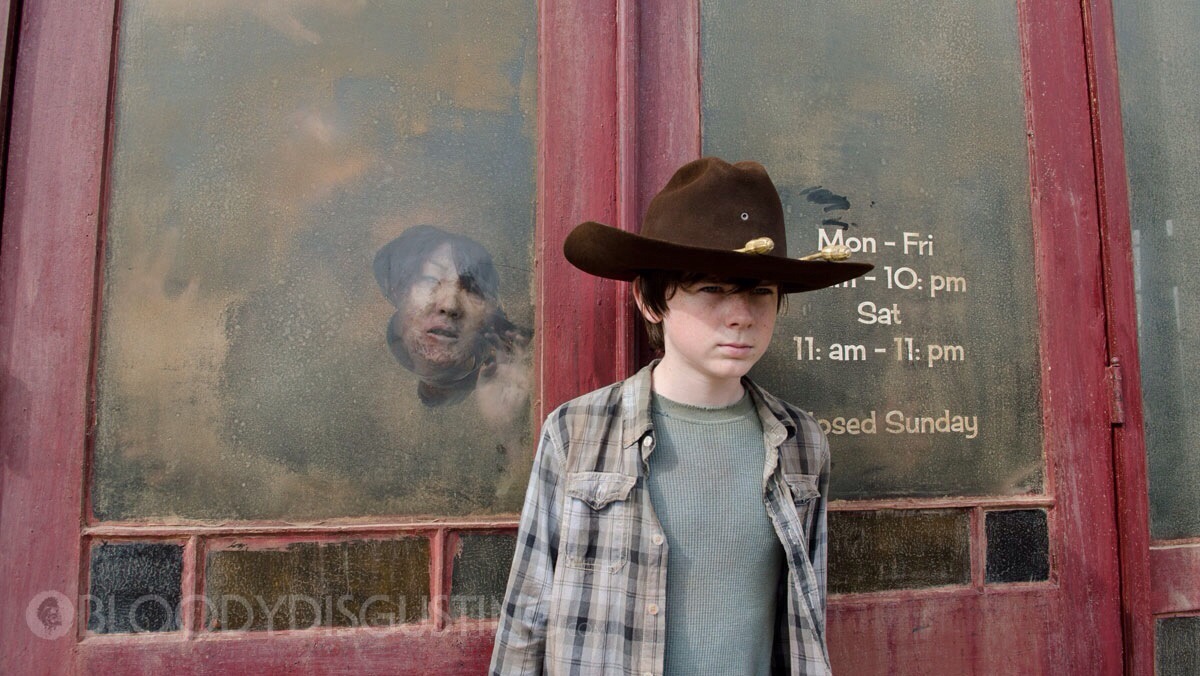 I’ll keep this one brief, as I already went quite in-depth about my feelings on Clear a few months back during my “Walking Dead Series Review”. But Clear earned it’s spot on my top ten list, and so I must pay it it’s dues. There’s a reason this episode seems to be serving as the thematic template for Walking Dead‘s ongoing fourth season; it’s because in forty-five minutes Clear succeeded in capturing a sense of place, of tone and of emotion in a way that the The Walking Dead couldn’t entirely muster over all sixteen episodes during its second season. The Walking Dead has always been a bumpy ride, even this much-improved current season hasn’t been free from some mess, but if it can intermittently deliver episodes like Clear, this show will keep my attention for seasons to come. 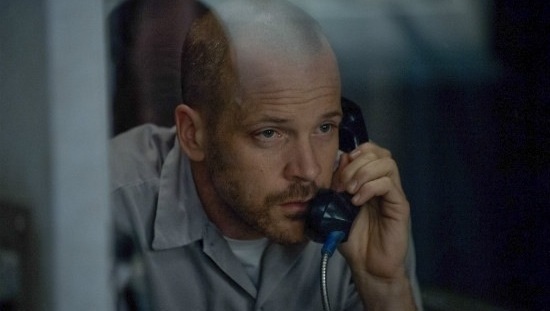 I have, and continue to be a fan of AMC’s The Killing. Sure, there’s a butt load of red herrings. Sure it’s dreary and grim. Sure it doesn’t always make a whole ton of sense. But I still love it, warts and all. Something about detectives solving mysteries in a town with a seemingly constant torrential downpour just does it for me. Perhaps I value style to the point that it overshadows substance? I don’t know. But I like The Killing. And I have never liked The Killing more than when I watched Six Minutes. Going into this episode I really had no idea what I was about to see. But as the narrative unfolded I became helplessly sucked in and engrossed by it. Peter Sarsgaard gives the performance of his life in this episode, bringing the character of Ray Seward to tangible, heartbreaking life with a conviction seldom seen on television outside of Breaking Bad. Six Minutes is forty-five minutes of absolutely nerve-wracking tension, and it stands alone as a brilliant, mostly self-contained narrative that actually overpowers the purported “main storyline” that rest of the season concerns itself with. Some may call this episode award-bait, which may be true on a certain level. But if you’re going to shoot, why not shoot for gold?

#2. Game of Thrones Season 3, Episode 9: The Rains of Castamere 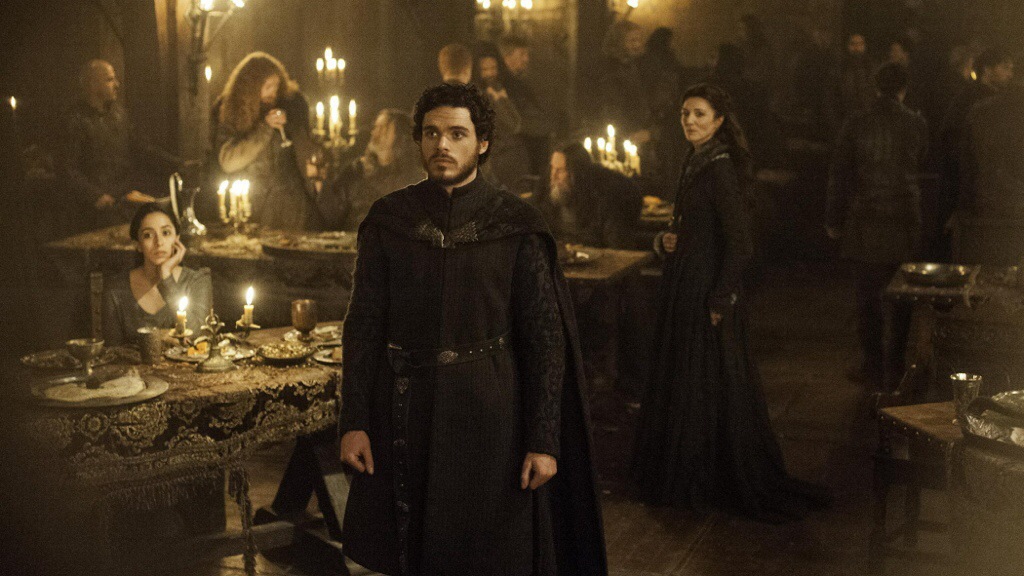 There is very little I can say about this episode that A. Would not spoil it, and B. The internet has not already said, so I’ll be as vague as I can for those who have not yet seen this episode. Castamere is powerful and shocking. I’m almost entirely sure that there is no other episode in television history that can match it in raw shock value. Never has an episode sent so many audience members reeling from pure shock. Its absolutely devastating in a thematically beautiful way, and I don’t think Thrones can ever hope to top itself on that one. George R.R. Martin is a terrifying storyteller. And all credit is due to him for crafting a story that so thoroughly grips his audience, but still having the guts to pull the rug out from underneath them.

#1. Breaking Bad Season 5, Episode 14: Ozymandias
2013 has been a landmark year in television history for quite a number of reasons, but if I were to pick a single one, I would point to Ozymandias. Breaking Bad‘s third-to-last episode very well may be the most perfectly crafted episode of television ever made. I make no exaggeration, I know of no other challenger to this title. Every plot thread in the series’ history has been barreling toward this one point, and the resulting explosion is both terrifying and awesome to behold. Heartbreaking, heart-pounding, and dramatically satisfying through-and-through, Ozymandias is Breaking Bad’s greatest achievement, with no contest whatsoever. Beautifully written, passionately shot, this episode marks the new golden standard of episodic television storytelling. A great episode, and a truly powerful thing to bear witness to. 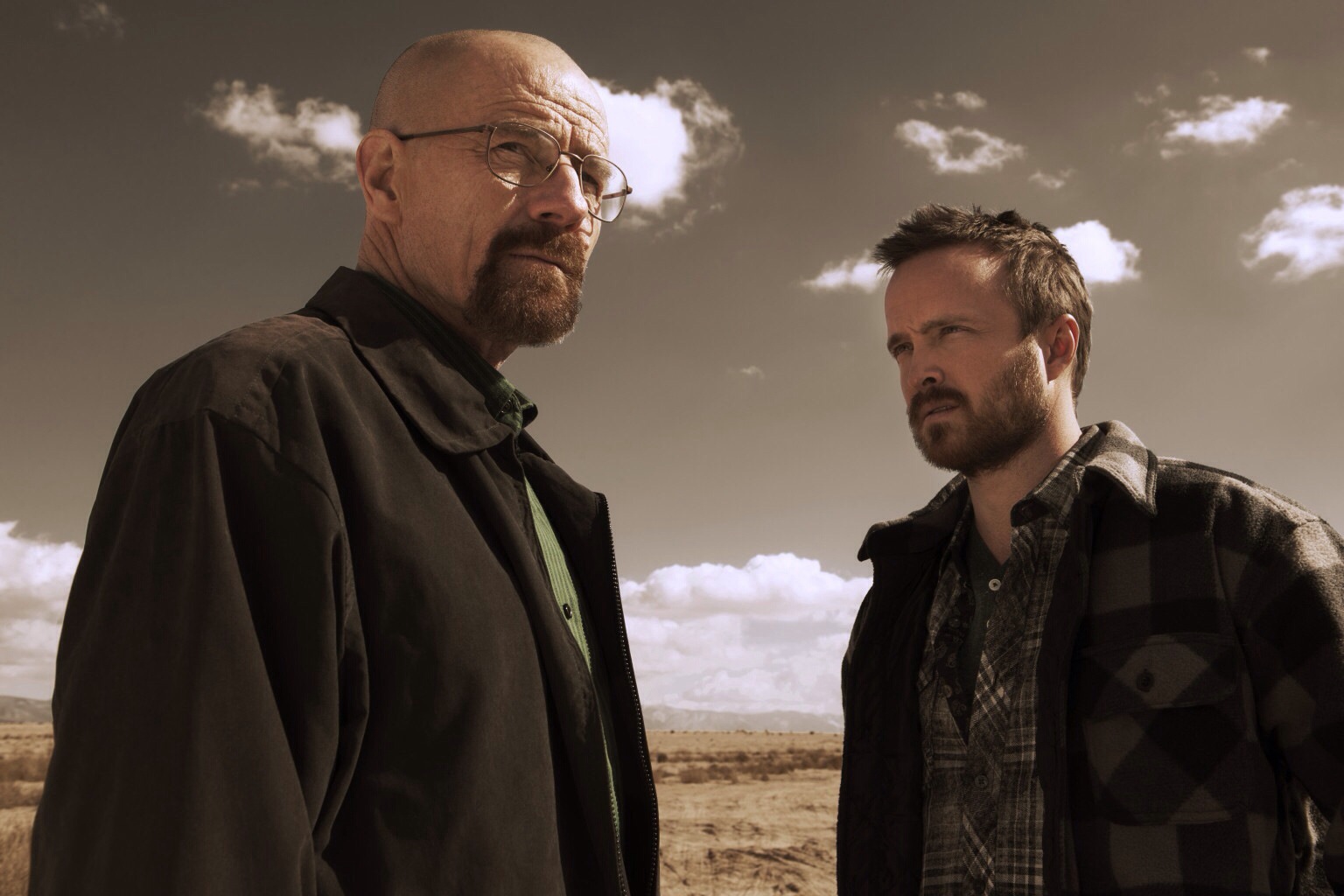