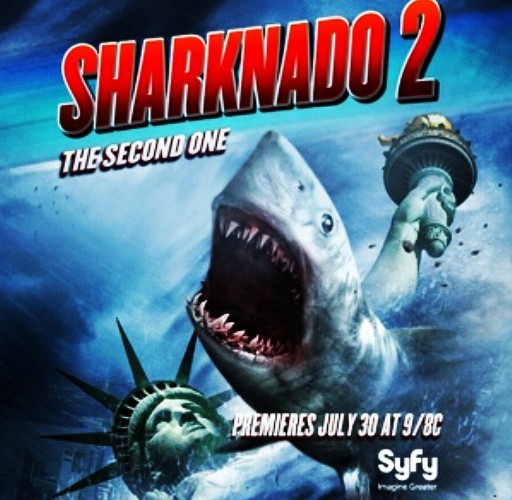 Official Trailer: ‘Sharknado 2: The Second One’

Incorrectly, I assumed that all the hype around the first Sharknado was just your typical online over-enthusiasm (see: Kickstarting potato salad). But then I saw the film on Netflix. My perspective totally shifted.

Officially, for me, this sequel is one of the most highly anticpated films of the 2014.