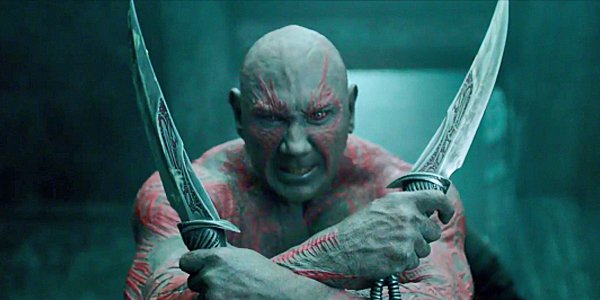 ‘Guardians of the Galaxy’ SPOILER FREE Review: Don’t Want The Movie Ruined But Still Want To Know If It’s Worth The Money? This Review Is For You

Troy-Jeffrey AllenJuly 23, 2014
Movies0 Comments36 views
By  Tony Tescadero
Guest Contributor
The wait is over. The tenth chapter in the Marvel Cinematic Universe is here and I was lucky enough to score a pass to see the film on the exact same day it was released to Hollywood for its world premiere, so hopefully I can pass along some of my joy to you in this review.
Without further ado…

Let me start by saying I was a little worried how Marvel fast tracked Guardians. From their reboot in 2008 to Nova and Rocket Raccoon appearing in Marvel vs. Capcom 3 to their obvious new position as Marvel’s flagship team. Regardless, the film, directed and written by James Gunn (Scooby-Doo, Super), seems to understand everything that makes the Guardians work as a team. He gets that at their core, The Guardians — whether we’re talking about the original team from the 60’s or  the new team starring in this film — has always been about a bunch of c-listers (*cough*losers*cough*) that band together to defend the cosmos. Guardians takes this basic formula and makes a very enjoyable film out of it.

Maybe it’s that freedom of dealing with lesser known characters, maybe it’s the wit of the script, or maybe it’s Star-Lord’s ‘Awesome Mix, Vol. 1’  (which is also the film’s soundtrack, and I’m SURE it will sell like hotcakes — I bought a copy five minutes ago) that ensures that.  Whatever it is, it works. It works reeeaaaalllll good.