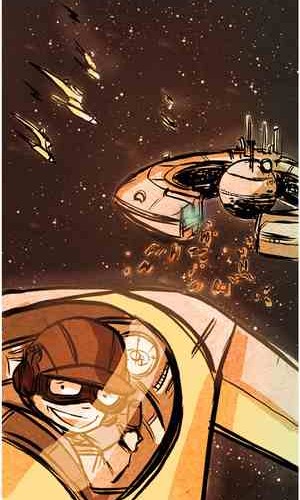 Artist Chris Gugliotti did the Internet a huge favor and created the following Star Wars piece from R2-D2’s perspective.

Seeing how this is in chronological order I’m assuming that the last frame is some sort of spoiler from the novels. Anyone care to elaborate for us movie-verse only nerds? 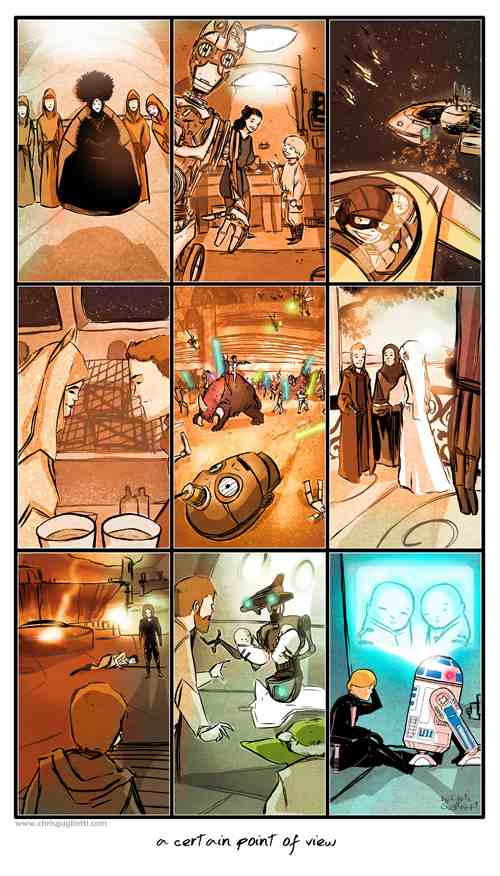