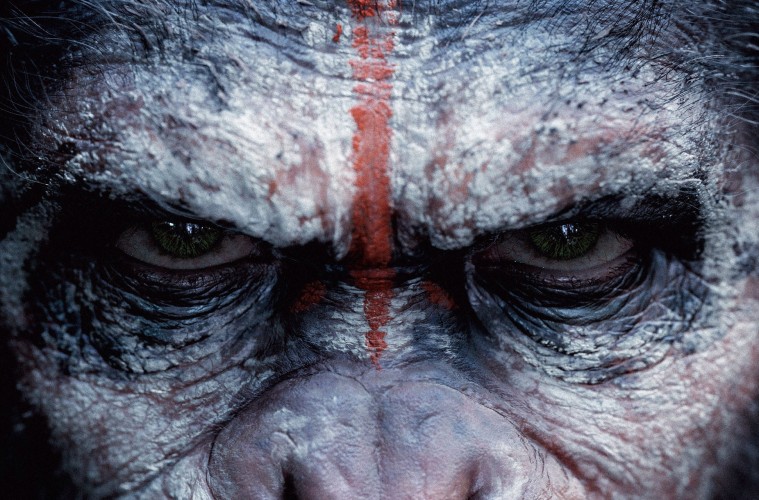 There’s a lot of worry going around about in the film community these days in regards to the future of cinema. Most articles written and social media opinions expressed have been espousing an outlook of doom-and-gloom for the future of the film industry. “All Hollywood makes anymore are sequels and remakes!” is an oft-heard cry. “Filmmakers with real vision are getting pushed out!” And while many of these sentiments may not be entirely inaccurate, I am writing here today to suggest an alternative possibility. A positive outlook that I believe has far more merit to it than the preachers who prophesy “end of real filmmaking.”

As outside forces, typically economic but also political and social, cause the marketplace of a particular art form to change, so too does the art change itself. The landscape of that particular sort of expression shifts to accommodate the world it exists in. Rarely does an art form simply crumble and die at the first sign of adversity or outside intervention. In fact, I would argue, this is fundamental to the very nature of art. Ideas expressed in reaction to the current state of the world around the artist who expresses them. In the case of modern Hollywood, more and more consistently we are see a saturation of tent pole franchising. Series of films linked by successive narrative or even parallel stories in the same universe (as we’re seeing with so many comic-based film franchises). It is my belief that, within the changing world of film, a new breed of artist will, and is beginning to, come forward and adapt to how major films are being made today.

It all started with James Cameron back during the 1980’s with his scripting and directing of the now revered action-classic Aliens, sequel to Ridley Scott’s Alien. Cameron’s film is the first, so far as I can tell, clear example of a filmmaker with a vision implementing his vision within the parameters of an established franchise and telling a story that was his own. Many would consider Aliens Cameron’s best film to date. So, the question is, if sequels are an artistic desert, how did one of the cinema’s most prominent, popular and successful filmmakers establish his voice within a sequel? Not only a sequel, but a sequel to a film he had no part in? It is my theory that sequels don’t suffer creatively because they follow up another story, but because filmmakers approach the idea of a sequel incorrectly. Sequels are doomed to fail with the man or woman behind the camera sees the successive nature of the film as an obstacle rather than an opportunity. Cameron didn’t have to sit and wrack his brain to find a way that a sequel to Alien could possibly work. He saw the world and characters of that film and saw a rich storytelling landscape to dive into and mold something out of.

In recent years we have seen a sharp increase in this type of approach to franchise filmmaking. Christopher Nolan’s The Dark Knight Trilogy is a stellar example of an established filmmaker making an existing property very much his own. J.J. Abrams’ 2009 Star Trek, and to a lesser extent 2011’s Star Trek Into Darkness, is yet another testament to the storytelling potential within preexisting universes and franchises. The Russo Brothers’ Captain America: The Winter Soldier, Gareth Edwards’ Godzilla, Justin Lin’s Fast Five and Furious 6, Fede Alvarez’s Evil Dead, Francis Lawrence’s The Hunger Games: Catching Fire, Rupert Wyatt’s Rise of the Planet of the Apes, Martin Campbell’s Casino Royale and well as Sam Mendes’ Skyfall. All spectacular examples of talented filmmakers taking the reigns of stories and characters that didn’t originate with them, and then using them as an outlet to express their love of storytelling as well as their own unique creative visions, oftentimes in ways that totally outshone their “original” competitors. Sequels, prequels and remakes need not be a creative stumbling block for filmmakers who operate within the correct frame of mind for them. In fact, if that filmmaker knows how to truly take advantage of the material, the preestablished nature of it can even elevate their work.

This year’s output may very well be cinema’s greatest example of this. In twenty-fourteen alone we have seen the release of the aforementioned Godzilla and Captain America: The Winter Soldier. But, even better, we also saw the releases of The LEGO Movie, 22 Jump Street and Dawn of the Planet of the Apes. The former two of these films were directed by the new reigning champions of this sort of filmmaking: Phil Lord and Chris Miller. With the hyper-successful comedy reboot of a decades-old, largely forgotten TV franchise under their belt, Lord and Miller absolutely smashed twenty-fourteen with not only a sequel to their reboot, but a family film based off of a toyline run by a mega-corporation that has virtually no history in cinema. If the doom-preachers were to be believed, 22 Jump Street and The LEGO Movie should be soulless cash-grabs, a resounding death-knell of cinema. And yet both of these films were smash successes financially and critically, not only that, but they are considered by many to be two of the most life-infused, artistically sound comedies to ever hit the cinemas. At every turn, Lord and Miller defy their critics and continue to pump out some of the best flicks around, not because they’re better filmmakers than all of the others out their, but because their perspective toward storytelling allows them see opportunity where others see soulless franchising.

On the other, more dramatic, end of the spectrum we have Matt Reeves’ Dawn of the Planet of the Apes, another sequel to another reboot (which is itself the second time the franchise has been rebooted), which is also a prequel, which is also loaded with CGI (cinema doom-preachers hate CGI) to boot. And yet, Dawn ended up being one of the most critically successful and thought provoking pieces of cinematic science fiction of the past decade. Not for a second do Matt Reeves or screenwriters Rick Jaffa and Amanda Silver fall prey to stale filmmaking or creative redundancy, despite this film being eighth in the franchise’s long, creatively rocky history. An Apes film though this may be, Dawn is first and foremost a filmmaker’s vision. An expression of creative voice that is not in the slightest infringed upon by it’s own nature as a sequel. On the contrary Dawn, despite the switch in helmer, is a sequel in its very identity, working tirelessly to connect itself and build on the film directly preceding it. It is its very sequel-ness that, in many ways, compounds the stellar elements of Dawn, and elevates it as a work of art.

Of course, the creative possibilities to be found in sequels, spin-offs, remakes, etc. would come as no surprise if people actually considered other mediums of storytelling. Most importantly; comics. Comics have been building on, remaking and reimagining the same stories over and over again for decades upon decades now. Many, if not most, of the greatest, most prestigious stories ever told in comic form are, in fact, remakes and sequels. Alan Moore’s The Killing Joke, one of the most famous graphic novels of all time, is entirely centered around characters that existed long before that particular comic was even conceptualized. Frank Miller’s Batman: Year One is in many ways a remake of a long established mythology. In the case of Year One, Miller proves that it’s not always about conveying new information, but rather exploring and expressing ideas that have yet to be drawn out of preexisting texts. In the world of comics, statements about “sequels” and “remakes” being creative deserts can be seen quite clearly for what they are: absurd. To this day comic writers and artists delve and mine decades-old characters and narratives for new ideas and stories to tell. 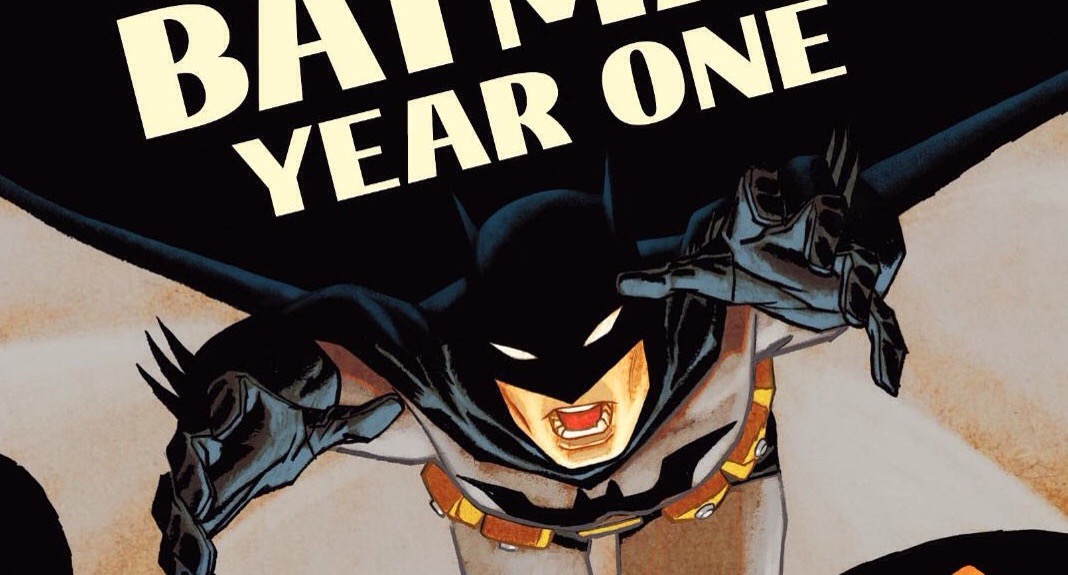 All art forms will eventually hit a point where they tread ground they have already wandered. Books have been repeating the same stories and ideas for literal centuries now. J.R.R. Tolkien, for instance, on of the greatest writers of the twentieth century, openly points to the mythological sources on which he bases his stories. The Lord of the Rings, pinnacle of fantasy literature though it may be, is far from original, but the lens through which Tolkien viewed this world he patched together is as unique as the man himself. Every person has a unique way of seeing the world around them and, therefor, possesses a unique perspective to bring to their artwork. Ultimately there is nothing new under the sun, this has been true of storytelling for centuries. But as the gears of time grind on, we are offered new perspectives, new lights under which to view the stories we’ve already seen. This is a fact that traditional literature, comics and even the music world have come to understand and embrace. And as we move into an era of filmmaking with seemingly less “original” material, we may yet find ourselves in a time of artistically valid reexploration, rather than the cinematic apocalypse the worriers and pessimists can’t seem to shut up about. If an artform possesses value, then we as humans will always find a way to adapt and make that artform work for us. What we are witnessing now is not the death of cinema, but rather the birth of a new era, the creation of a new generation of filmmakers who are ready to see the virtually endless array of stories concieved by other artists as opportunity rather than obstacle. The future of storytelling on screen is a bright one, don’t let anyone tell you otherwise.