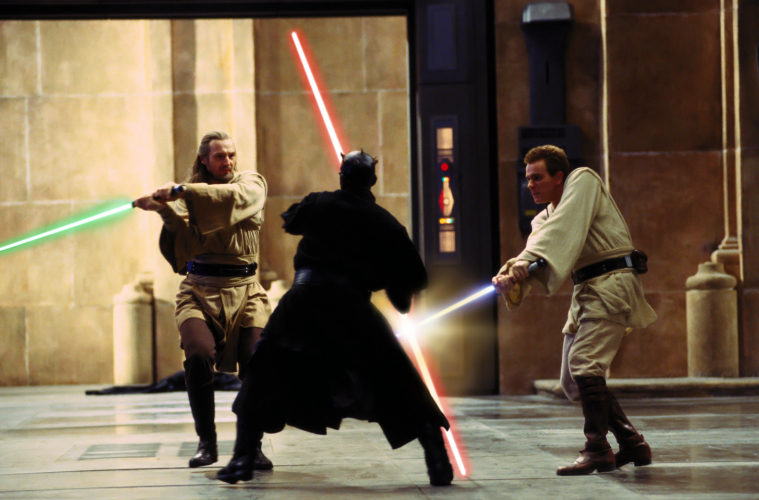 The force is strong with Neeson.

Way back in 1999, a movie came out that was at once an incredible moment in movie history and an incredible failure to the vocal majority. That movie was Star Wars Episode 1: The Phantom Menace.

All at once, The Phantom Menace managed to resurrect the movie biggest franchise of them all, ruin reputations, and usher in a new era of CGI movie-making. Regardless, the film’s takeaway was and still remains the climactic lightsaber fight commonly referred to as “Duel of the Fates!” It was energetic, graceful, and by far the best part of the film.

In keeping with NEESON SEASON, this week’s “Great Moments” features the amazing Liam Neeson as Jedi master Qui-Gon Jinn. He takes on Ray Park as Darth Maul in a duel to the death! It’s no big spoiler at this point that Neeson doesn’t make it out of this one, but hopefully — somehow — he’ll come back to the Star Wars series.

Source: Elder Redirection Review | Action A Go Go on Twitter and Instagram |Be sure to leave your thoughts in the comments section!