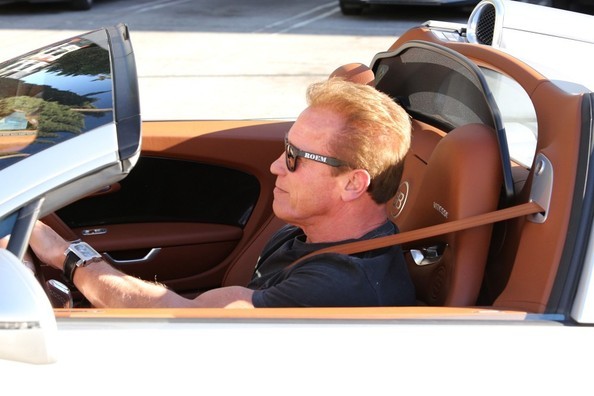 Arnold’s got a new toy.

Anyone who is vaguely familiar with Arnold Schwarzenegger knows that he is anything but subtle. If you need proof, some paparazzi just happened to catch Arnie driving around in one of the most expensive cars in the world, the $2 million Bugatti Veyron. 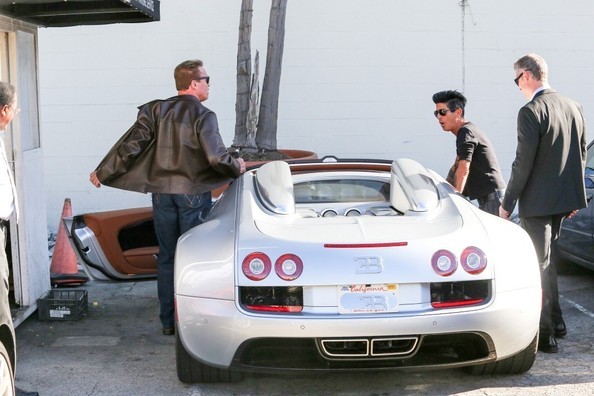 As would you, right?

Now this car doesn’t cost $2 million dollars because of that pretty silver paint job. No, this monster has a W-16 engine with 4 turbo chargers that pumps out a face melting 1001 Horsepower. All that power brings it to a top speed of 253 mph which just happens to make it one of the fastest cars in the world. I can’t even understand a car with this much speed much less use it to run errands.

Here is one more pic of Arnold dipping into his swag bag. And don’t worry about the price of the car. Arnie’s not going to be hitting up the dollar menu at McDonalds any time soon thanks to the reported $300 million he’s got in the bank.

Now if you excuse me I am going to hit the gym and fantasize about hyper-fast speed machines. 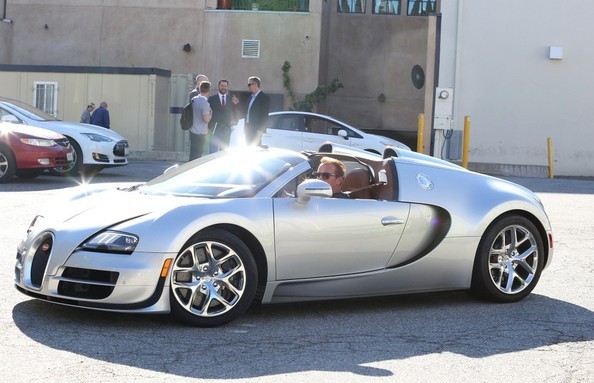 Source: autoevolution | Action A Go Go on Twitter and Instagram |Be sure to leave your thoughts in the comments section!