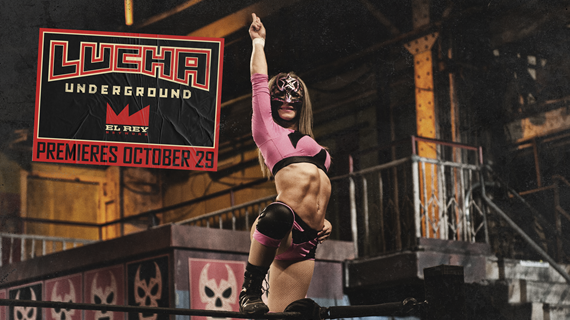 The DomiNate Wrestling Fancast: Step Into The Temple And Discover LUCHA UNDERGROUND

Domi and Nate venture deep into “The Temple” and dissect the various characters and stories in Lucha Underground. Why does Alberto El Patron connect with the fans more and come off more passionate than the Alberto Del Rio character in WWE?

Topics also discussed include Samoa Joe parting ways with TNA, the lawsuit by WWE doctor Chris Amann against CM Punk and Colt Cabana, a preview of WWE FastLane, plus other wrestling headlines and news!

The DomiNate Wrestling Fancast is an outrageous, interactive, and entertaining wrestling podcast produced by wrestling fanatics Domi Simpson and Nate Sherman (Team DomiNate). With a passion for wrestling and no holds barred approach to podcasting, Domi and Nate produce a weekly podcast featuring original wrestling bits along with hard-hitting discussions on topical headlines in professional wrestling. The DomiNate Wrestling Fancast airs LIVE every Friday Night at 10 ET/7 PT and streams via our Mixlr livepage and dominatewrestling.com.