And one of those people of the front lines is comic book artist Frank Cho. For the uninitiated, Frank Cho is one amazingly talented artist. His work is unmatched in terms of clarity, realism, and simple wow factor. And he has repeatedly been at the center of the “over sexualization” controversy in comics. It began with the Milo Minara drawn variant cover that featured Spider-Woman posing with her ass in the air just like … Spider-Man. 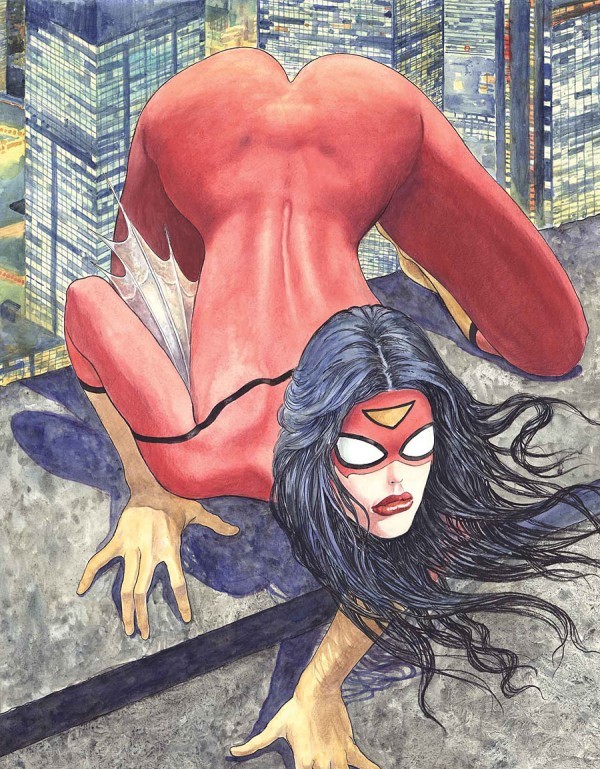 But because it was supposedly erection-inducing, parts of the internet had a shit fit. Frank Cho, being an artist, put his own spin on the controversy to poke fun at the whole thing. 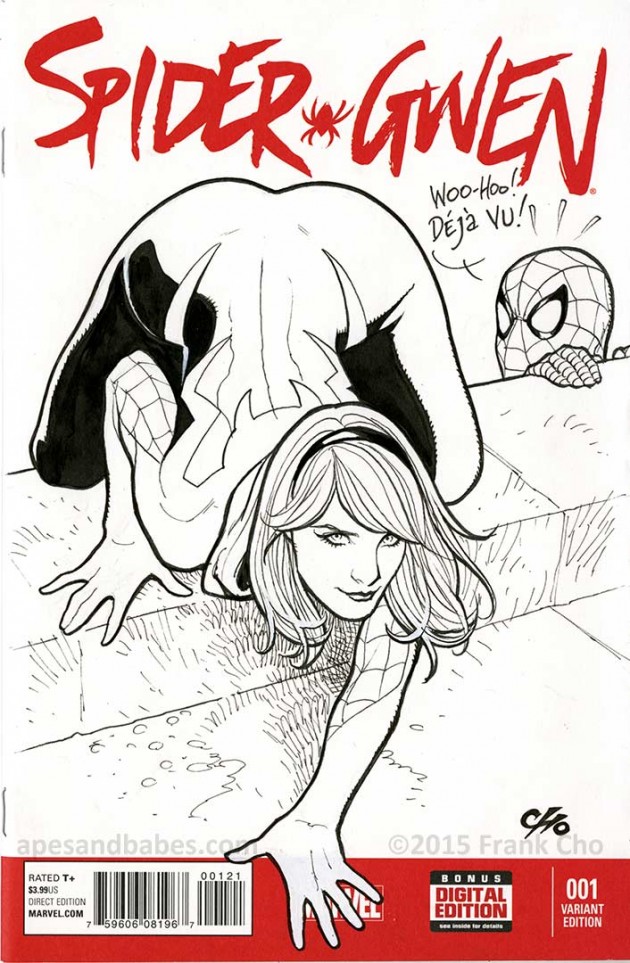 The internet, right on queue, went ahead and did what it does and had another shit fit and made him out to be a monster.

But why? I remember a different era, before the current Marvel domination at the box office when exaggerated bodies (men and women) were the norm. At the time, Andy Kubert’s Captain America was literally bursting with muscles. Jim Lee’s version of Jean Grey from the X-men (and every other woman he drew) was an 8 foot tall super model with long flowing hair. Both character sported impossibly thin waists. A lot of artists careers were built on this stuff, and now drawing an amped up physical form is akin to kicking a puppy in the face. No matter what the circumstances, it’s wrong.

Robbi Rodriguez, one of the co-creators of Spider Gwen and lead artist got mad at Cho for using his character in such a manner and then went on a long tirade about the industry growing up and erections being bad, or something like that.  His vehicles for this salvo were, you guessed it, Twitter and Facebook, but that is beside the point. My favorite quote is “Really, it just took me getting over telling non-readers that I work in comics, because it was embarrassing to have the only image associated with the medium be ‘big tits, big guns.'”

Well, dear reader, I happened to have lived through the “embarrassment” of loving comics long before it was popular. I remember being laughed at, called immature, etc. But I lived through that because I love this medium. I love the diversity of characters, art, and storytelling. I love the history and mythology. I loved finding other people that shared the same passion and talking on and on about the minutia of characters that “normal” people didn’t understand or care for.

It’s all part of the same beautiful tapestry that is American comic books, one of the greatest art forms the world has ever seen.

So, you can imagine my delighted surprise when I saw that Frank Cho released a slew of covers featuring Power Girl and a bunch of other comic book characters right before this year’s New York City Comic Con. Collectively they are a big ol’ fuck you to the haters, and are as American as apple pie.

Enjoy! And have a laugh. I’ll take that over outrage every time. 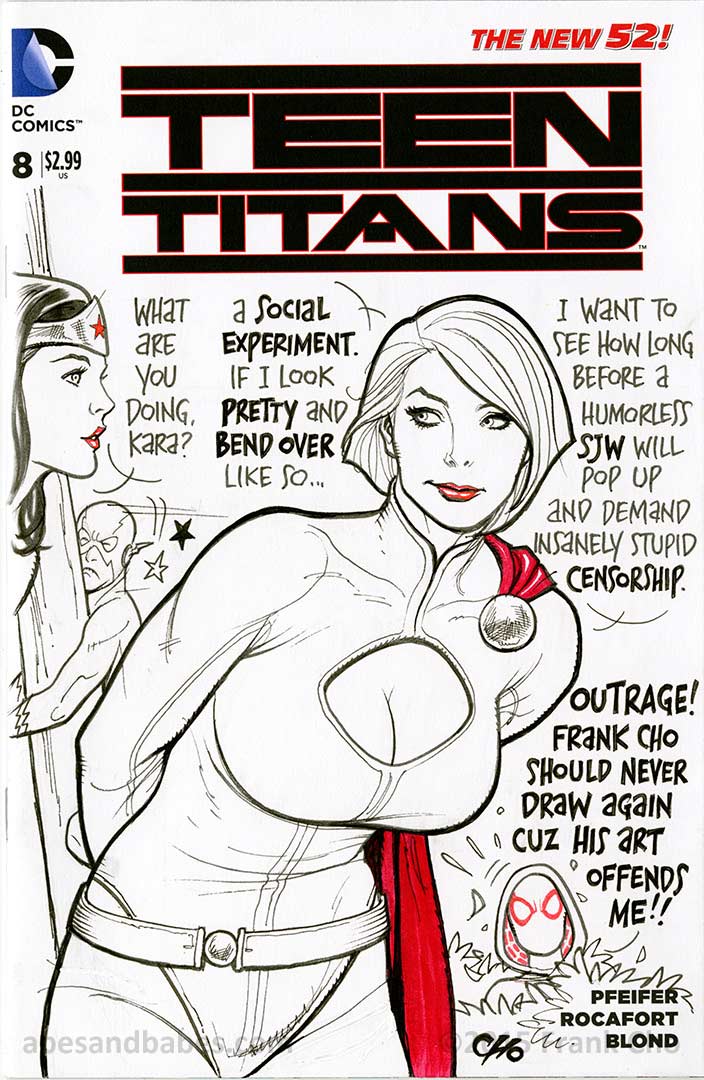 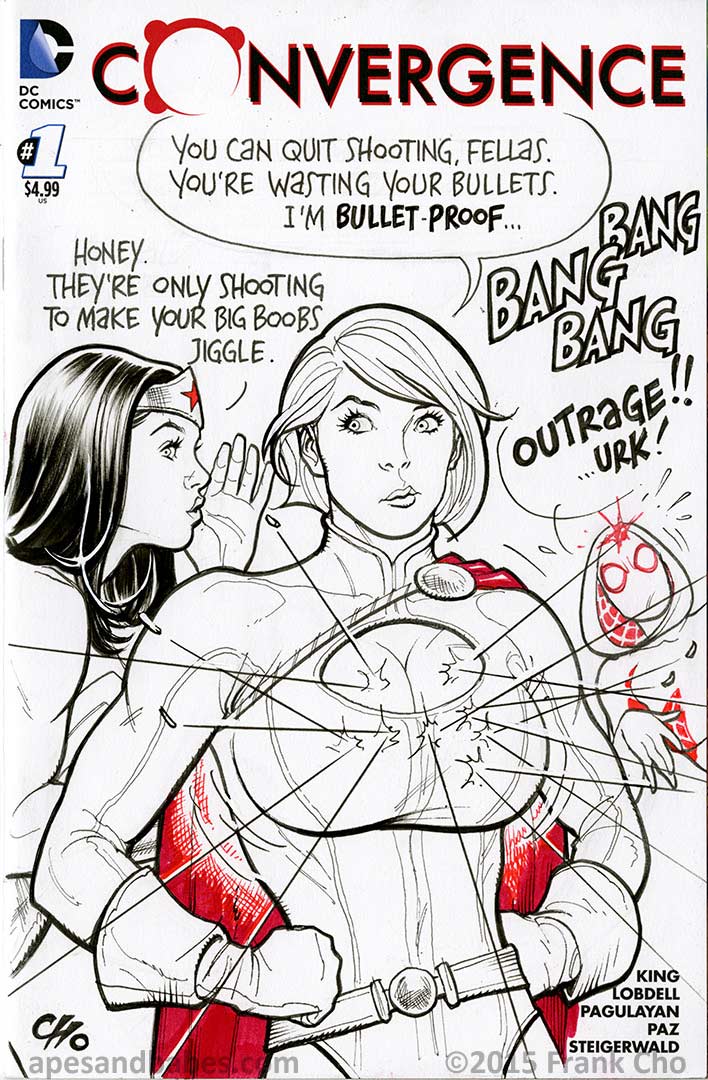 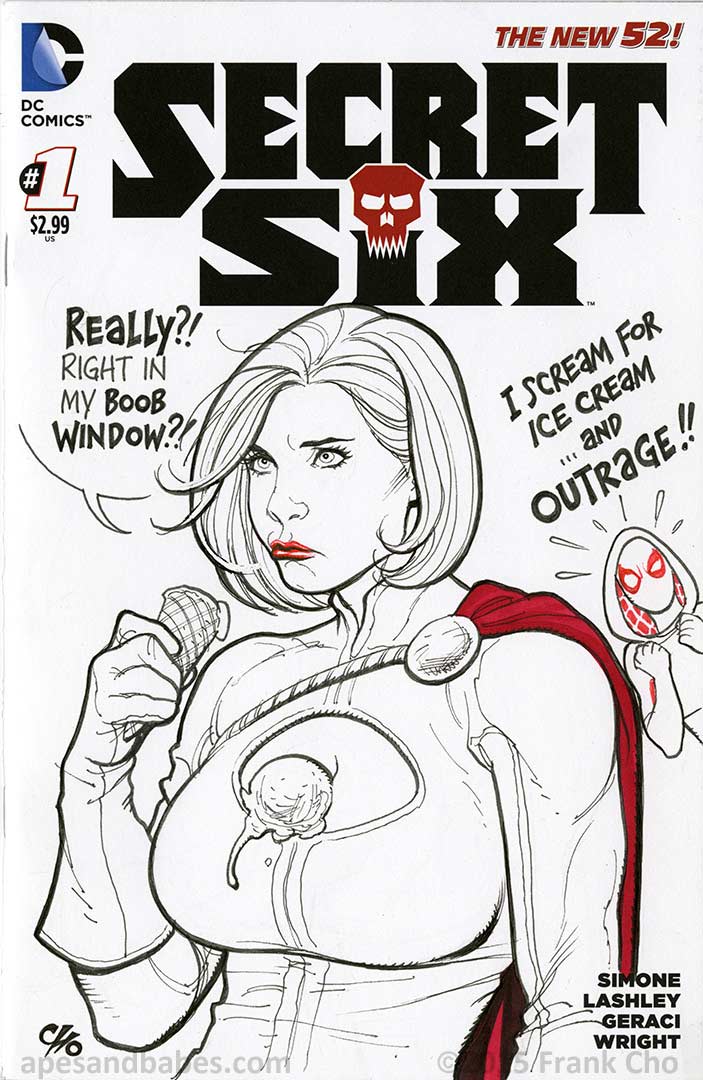 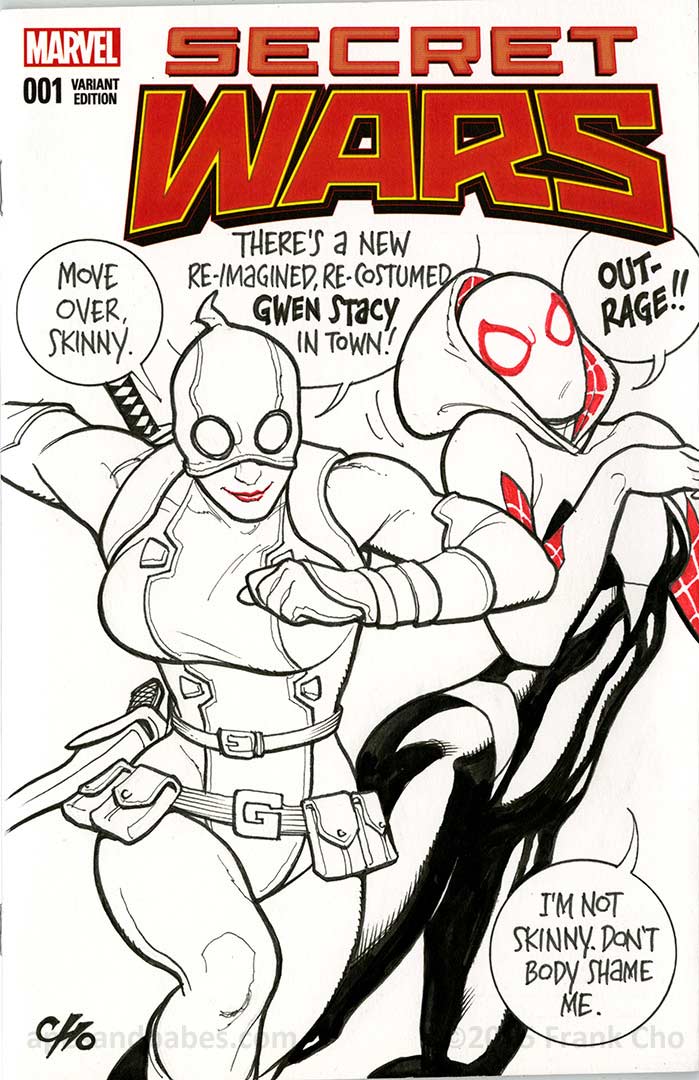 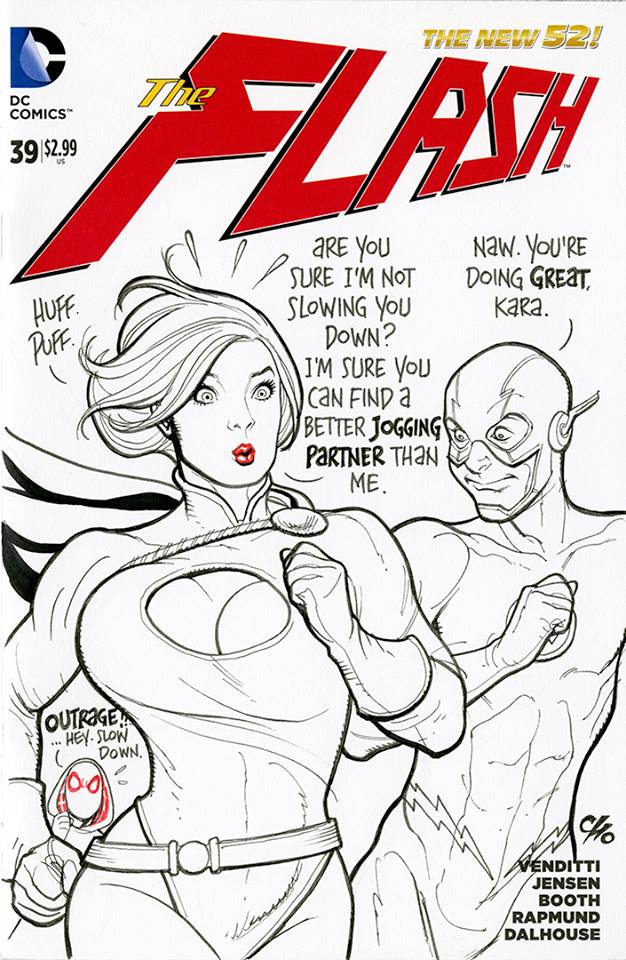 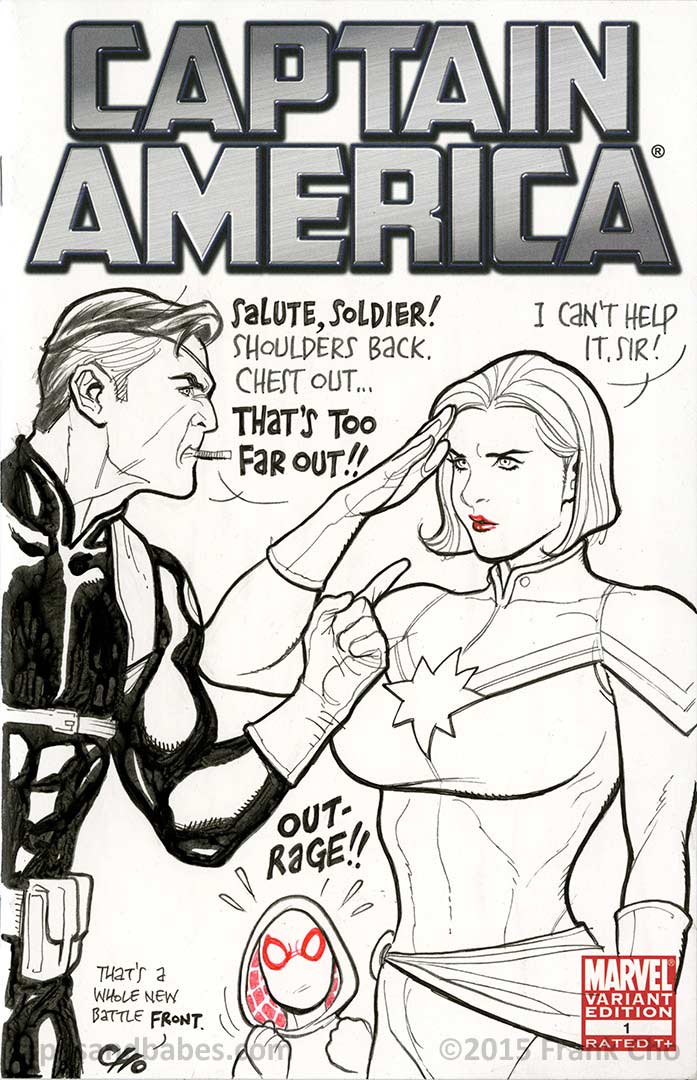 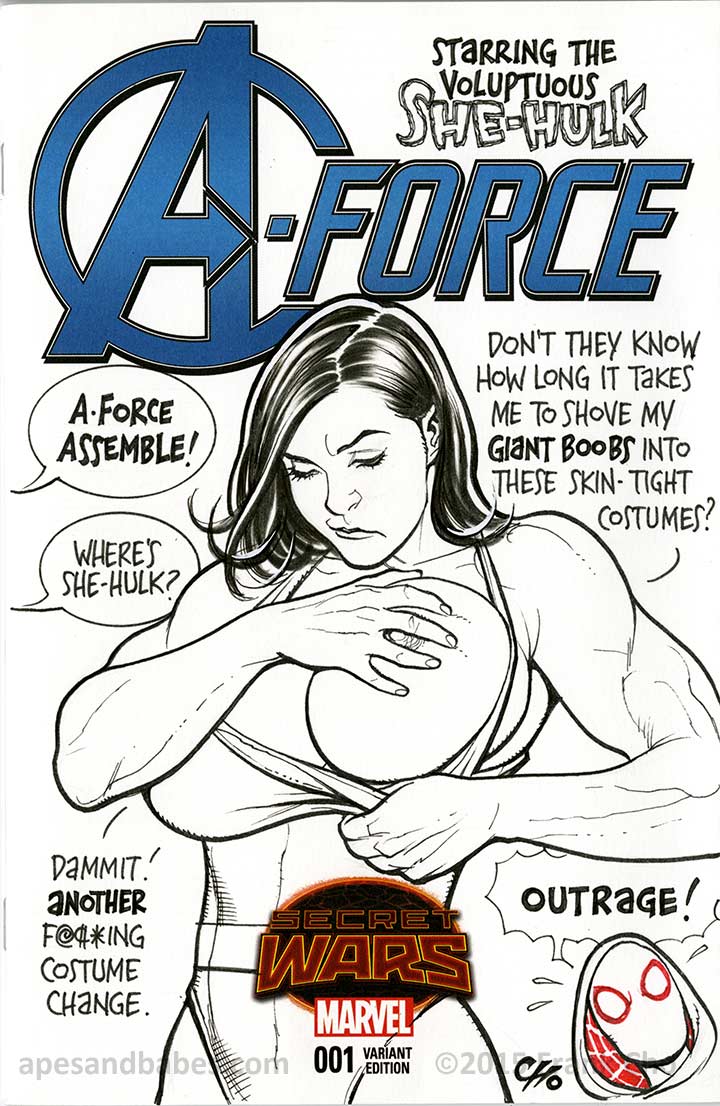 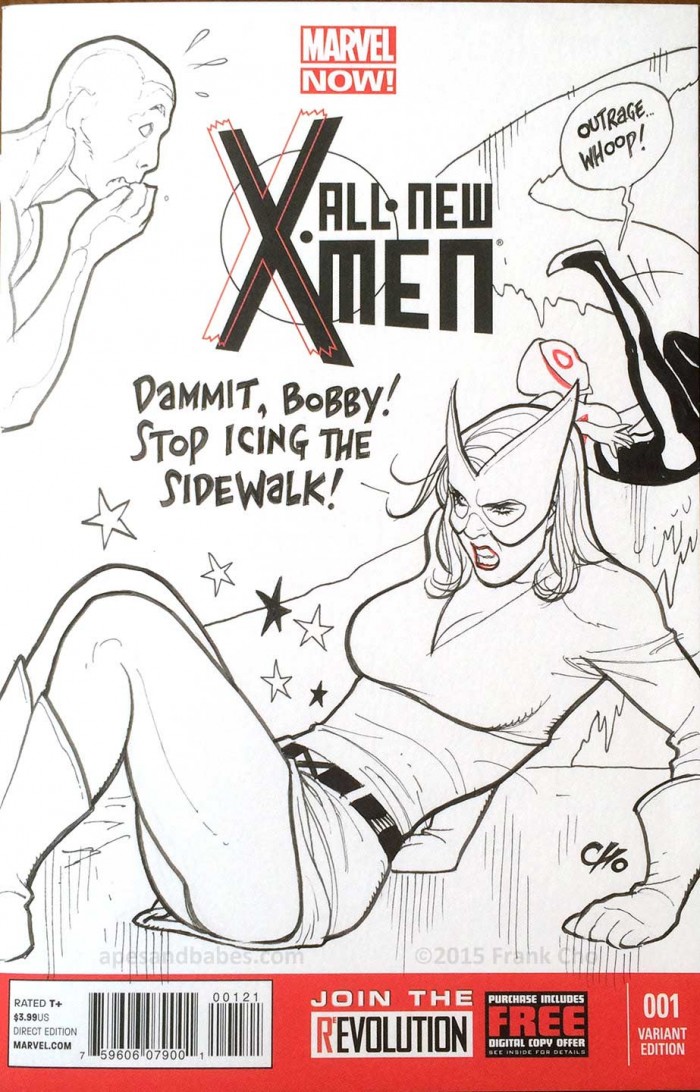 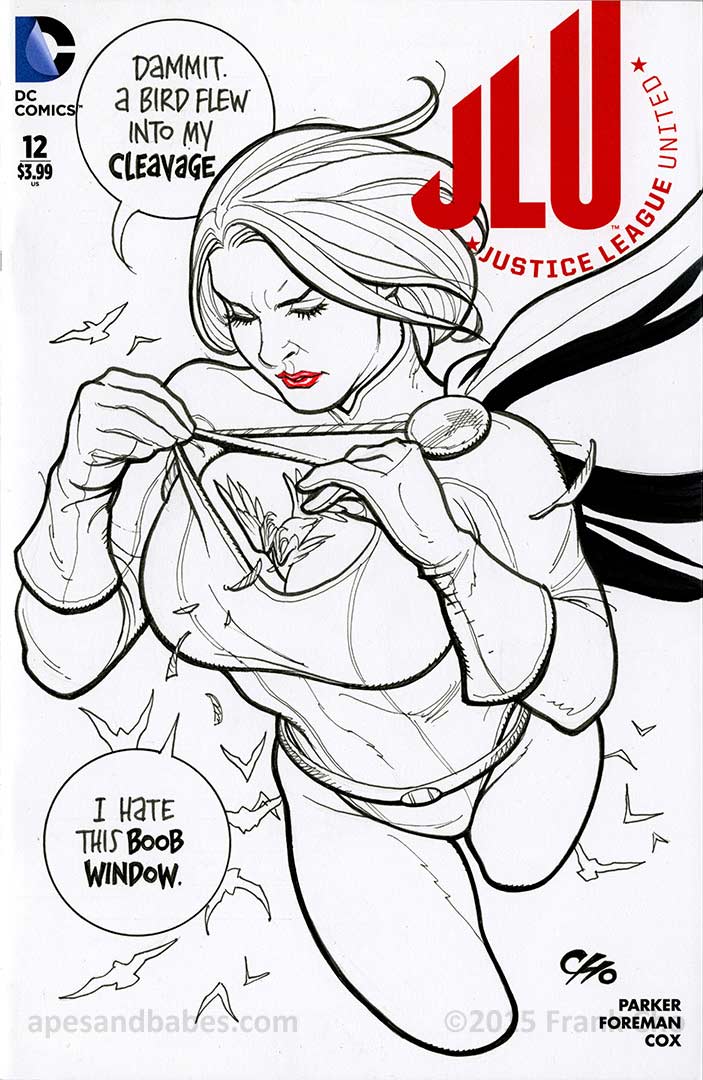 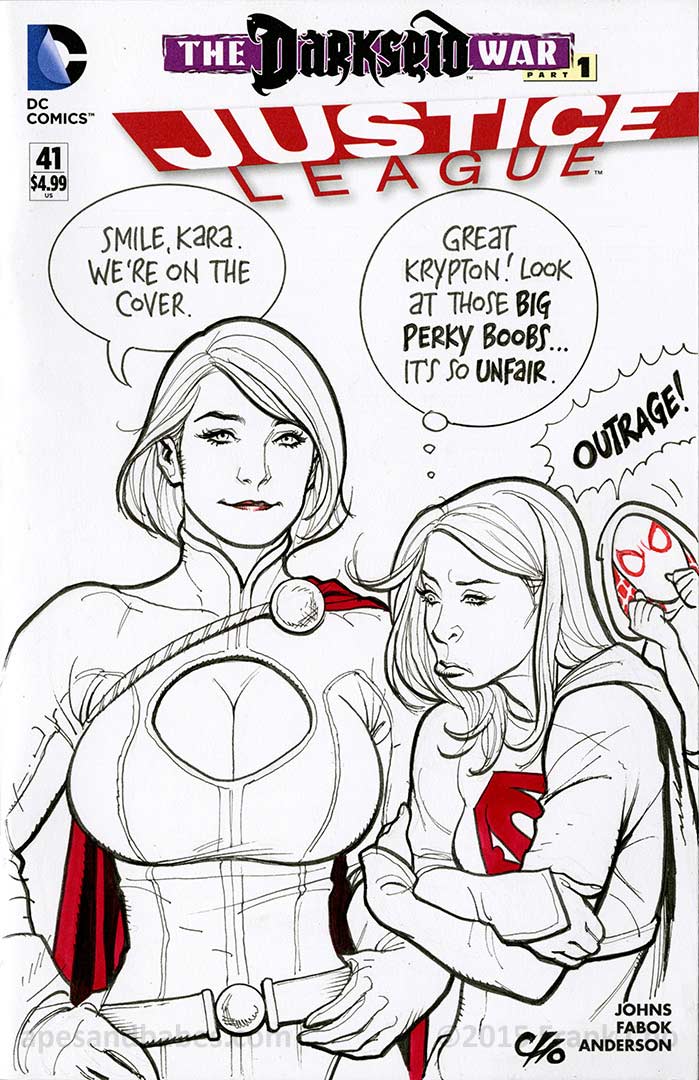 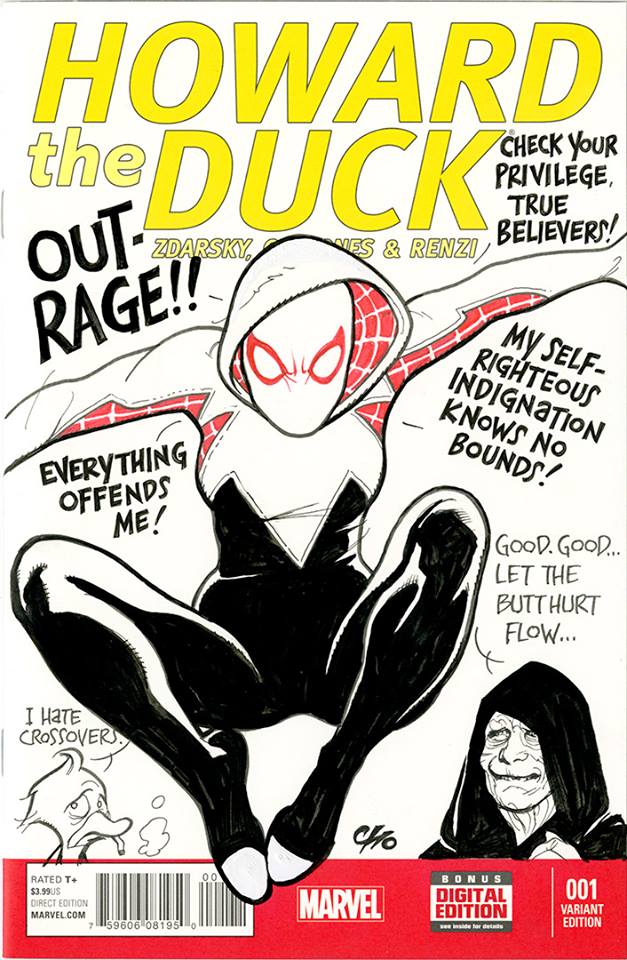 Source:  Heavy Metal  | Action A Go Go on Twitter and Instagram | Be sure to leave your thoughts in the comments section!